Hands-on with the ASUS ZenBook 3: Is this a MacBook killer? (Updated)

Hands-on with the ASUS ZenBook 3: Is this a MacBook killer?

Note: This article was first published on 31st May 2016 at Computex, Taiwan. We've re-published this article as the product will soon go on sale and we've local availability information updated. The new ASUS ZenBook 3 has been touted as a MacBook killer. Or is it? The recently announced device has a lot going for it, including top-end specifications and an extremely attractive and svelte design, but it remains to be seen if it will successfully lure diehard Apple fans over to the Windows camp. 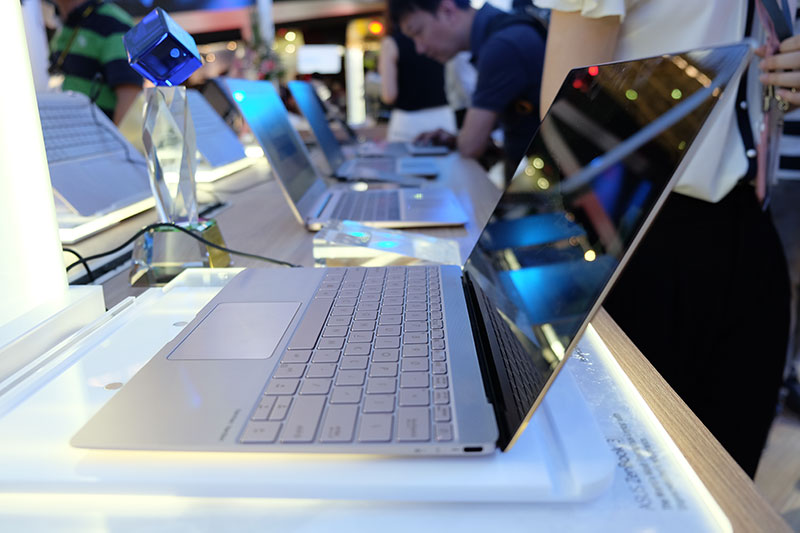 In comparison, the Apple MacBook can only be equipped with lower powered Intel Core M processors, up to 8GB of 1,866MHz RAM, and a maximum of 512GB of PCIe storage (all while being a hair thicker at 13.1mm thick). That aside, the MacBook is still a stunning device to look at, but the ZenBook 3 hopes to one-up it in this area as well.

And as is usually the case, the way to attempt to beat someone – if you don’t have a better way that is – is to simply take a leaf from their book. At first glance, the ZenBook 3 looks uncannily similar to the MacBook, down to the speaker placement above the keyboard. Here’s also where ASUS’ attention to detail shines through, and a closer look reveals the signature Zen concentric circle pattern in the speaker grilles. 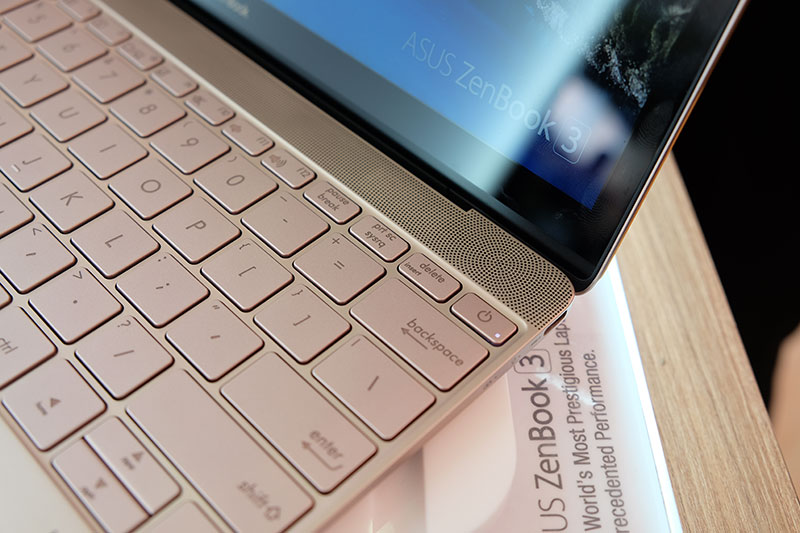 The keyboard itself spans the entire width of the notebook, which is really a much more efficient use of the available space than on the ZenBook UX305. This means you get a full-size keyboard on a 12.5-inch notebook, so there should be less stumbling over keys because of tight spacing. The 0.8mm key travel distance is quite shallow, but in our brief time with the notebook, it still felt a tad better to type on than the Apple MacBook.

But you can’t have your cake and eat it too, and a notebook this thin has to come with certain trade-offs. In this case, this means you get just a single USB-C port (no Thunderbolt 3 unfortunately) for charging and everything else, and a modest 1,920 x 1,080-pixel display. The ZenBook 3 might not be as thin as the HP Spectre, but it joins the latter notebook in making compromises in the name of an ever thinner design. Higher resolution displays do after all consume more power (and result in thicker notebooks), and there’s only so much space you have for a battery in notebooks this thin. 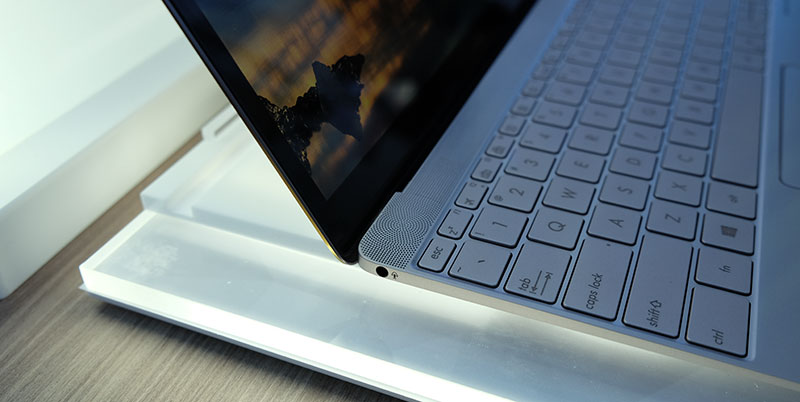 ASUS has gone with a 40Wh battery that is rated for up to 9 hours of use, but the standout feature is its ability to charge up to 60 percent in just 49 minutes (that’s a strangely specific figure), courtesy of the built-in fast-charging technology. If you forget to charge the notebook and need to power it up in a jiffy, this will surely come in handy.

Still, despite the high-end specifications, it is the ZenBook 3’s design that really turns heads. All that marketing rigmarole about aerospace-grade aluminum aside, there’s no denying that this is one good-looking notebook. ASUS also highlighted the edge-to-edge display and the thin bezels, and although the bezels aren’t quite as thin as on the Dell XPS 13, they’re a step in the right direction nonetheless. The display itself is also gorgeous to look at,  and colors were vivid and vibrant. Still, because of the Corning Gorilla Glass cover, reflections may be an issue in certain situations, and you'll have to turn up the brightness to help with that.

Then there’s the gold trim on the edges and ASUS logo on the lid – a subtle yet ostentatious touch that turned out pretty well. ASUS says it used a two-phase anodizing process to create the golden highlights. 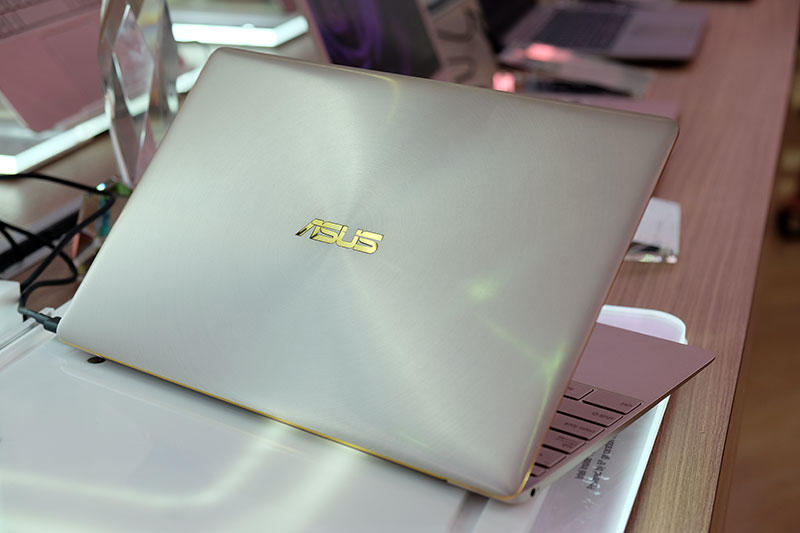 Other features include a built-in fingerprint reader on the touchpad, although the models on display don’t seem to have this.

The top configuration with an Intel Core i7 processor and a 1TB SSD will be available for US$1,999, while the 512GB version will go for US$1,499. It is available in three colors – Royal Blue, Rose Gold, and Quartz Gray.

The Zenbook 3 is now one of the earliest notebooks to go on sale with the 7th Generation Core microarchitecture Intel processor (Kaby Lake). The base version equipped with a Core i7-7200U processor, 8GB RAM and 512GB SATA M.2 SSD will retail for S$1,998. The more powerful Core i7-7500U model with 16GB of RAM and a 512GB PCIe 3.0 x4 M.2 SSD will go for S$2,598. Both options will be in the retail channel from 22nd October and for those interested, the model naming convention starts with "UX390UA" if you don't see the full name listed.