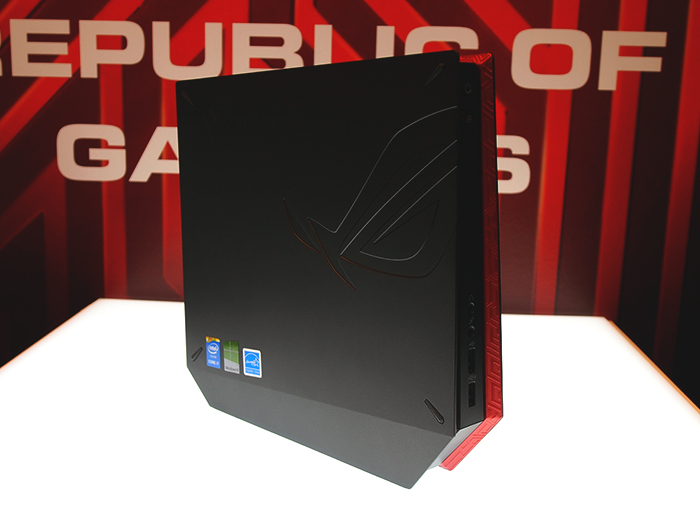 The ASUS ROG GR8 small form factor gaming PC and its larger sibling, the GR20, were first seen at Computex earlier this year. And now, ASUS has announced more details surrounding the ROG GR8 as well as its availability.

The ROG GR8 is the smaller of the two and it is so small that it resembles a gaming console more than a PC. In fact, it is so compact that it can be easily carried around like a large book. However, despite its small size, ASUS has managed to cram a dual-core Core i7-4510U processor (2GHz, 4MB L3 cache) inside along with discrete graphics in the form of the NVIDIA GeForce GTX 750Ti. This is complemented by 8GB of RAM and a 1TB 7200rpm HDD. 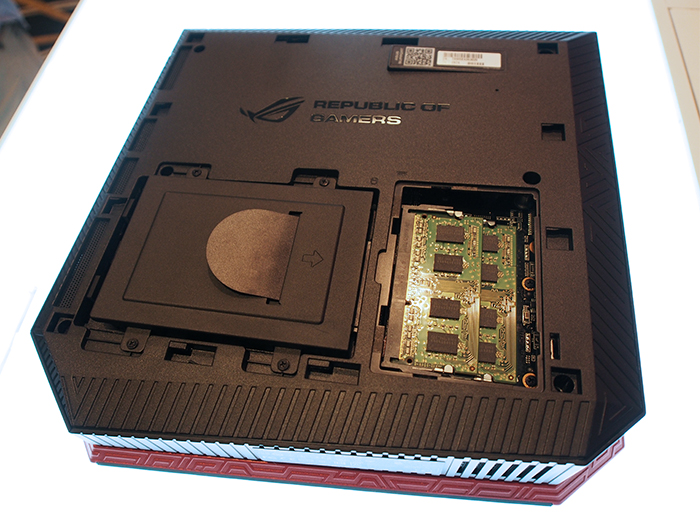 That aside, the GR8 also supports Wireless-AC and Miracast connectivity standards, so it should work well as a media streamer too. And as befits its media streaming capabilities, the ROG GR8 also comes with ASUS’ ROG SupremeFX audio, which supports 5.1-channel surround sound and also doubles up as a headphone amplifier for the headphone jack on the front panel.

Additionally, ASUS has also said that the ROG GR8 will be compatible with SteamOS, with further details pending Valve’s announcement of the SteamOS launch schedule. The ROG GR8 will be available later this year in December and will be priced at S$1599. 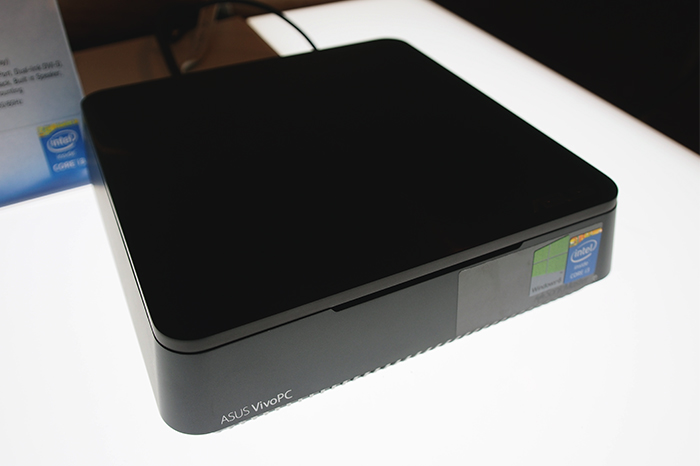 If you don’t need the power of the ROG GR8, ASUS has something tamer. The VivoPC is a Mini-PC that measures just 20cm by 20cm and stands at just 5.6cm tall, which means it is remarkably compact and will fit well in the living room.

The VivoPC will come in two flavors, the VM62N and the VM42. The VM42 is the entry-level model and it is powered by an Intel Celeron 2957U processor (1.4GHz, 2MB L3 cache) with integrated Intel HD Graphics. Backing this up will be 2GB of RAM and it will also come with a 500GB 5400rpm HDD. Despite these very basic specifications, it will still support the latest Wireless-AC standard. It will be available soon for $399.

However, the VivoPC that most people would want is the VM62N. This model is powered by a Core i3-4030U processor (1.9GHz, 3MB L3 cache) and even features discrete NVIDIA GeForce GT820M graphics. 4GB of RAM comes as standard as does the 500GB 5400rpm HDD. Like the VM42, the VM62N will also support Wireless-AC, making it ideal for streaming high-definition videos. The VM62N will also be available soon and it will retail for $799. 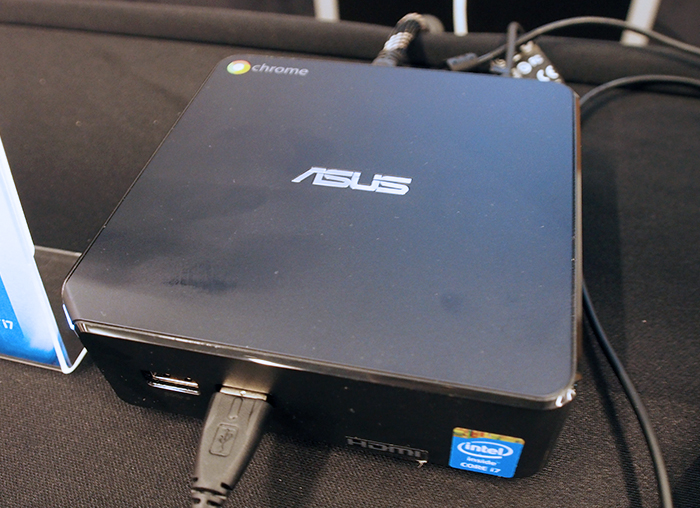 If you do not require the functionality of the Windows operating system, the ASUS Chromebox is an interesting alternative as an HTPC or simply a family PC. The Chromebox is quite literally a box, measuring just 12cm by 12cm and stands at slightly over 4cm tall - just slightly larger than the Intel NUC D54250WYK kit.

The Chromebox is equipped with an Intel Celeron 2955U processor (1.4GHz, 2MB L3 cache) with Intel HD Graphics, 2GB of memory, and a 16GB SSD. That might not sound like much, but then again its not running Windows and ChromeOS is considerably less resource intensive and demanding. The Chromebox will also come with 100GB of storage on Google Drive.

Another variant is the Chromebox for Meeting, which is targeted at business users and designed to be used in conjunction with Google’s meeting service. This version of Chromebox comes with a 1080p Logitech HD video camera and a microphone and speaker unit from Jabra. Since it was designed for HD video conferencing needs, this version of Chromebox is substantially more powerful to handle the processing needs to connect up to 15 people simultaneously and juggling the live streams. As such, it features a dual-core Core i7-4600U processor (2.1GHz, 4MB L3 cache), Intel HD Graphics 4400 and 4GB of memory. Storage remains the same as the regular Chromebox.

The regular Chromebox is available now for S$399, whereas the Chromebox for Meeting will be released later this year in November and will retail for S$1199. 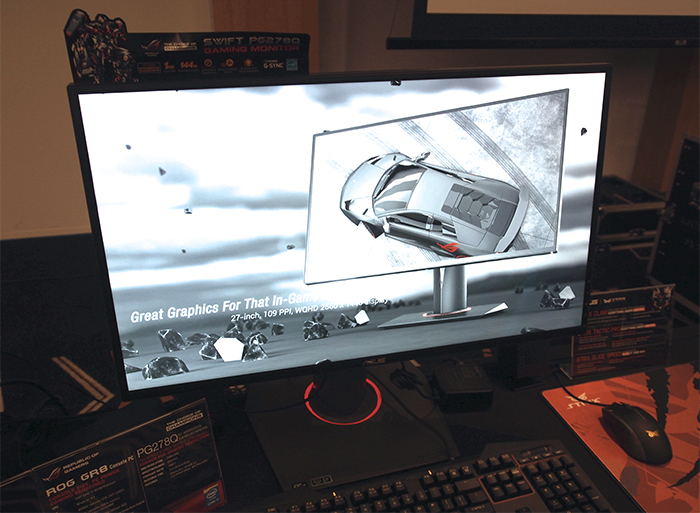 This is ASUS’ new flagship gaming monitor and it features a 27-inch TN display that outputs at 2560 x 1440 pixels resolution. It also has a ultra-fast response time of 1ms and supports refresh rates of up to 144Hz. Finally it also supports NVIDIA 3D Vision and it is also the first 27-inch monitor in the world to support NVIDIA's new G-Sync technology.

We have already reviewed this monitor and the short story is that this is quite possibly the best 27-inch gaming monitor in the market right now. The monitor is available right now, so if you are interested, be sure to check out the full review here. 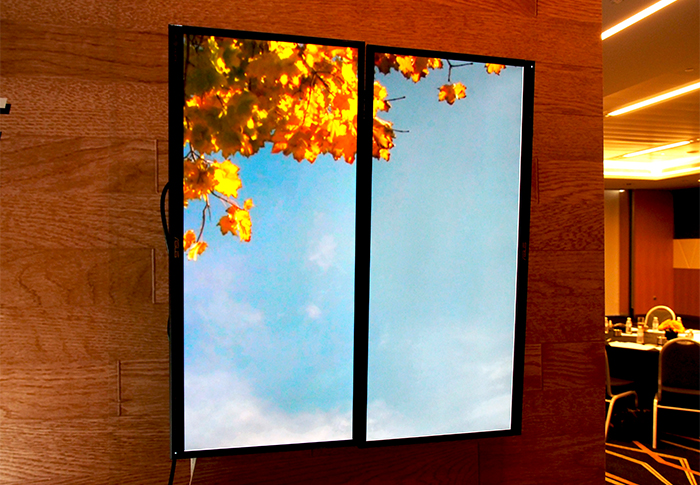 If gaming is not your cup of tea, there is the ASUS PB298Q. The ultra-wide monitor 29-inch monitor has an IPS panel display that offers a resolution of 2560 x 1080 pixels, which makes it ideal for productivity tasks, such as putting multiple documents side-by-side (ASUS demonstrated 3 documents lined up), working with long, complex spreadsheets or simply just monitoring multiple windows adjacent to each other. And for those who are not fussy about audio, the monitor also comes with built-in 3W speakers. Perhaps this is what every office worker need in the modern multitasking era, so do bug your IT department for such a screen!

A release date for the PB298Q has not been specified, but we have been told that it will be available later before the end of year and it will be priced at S$799.