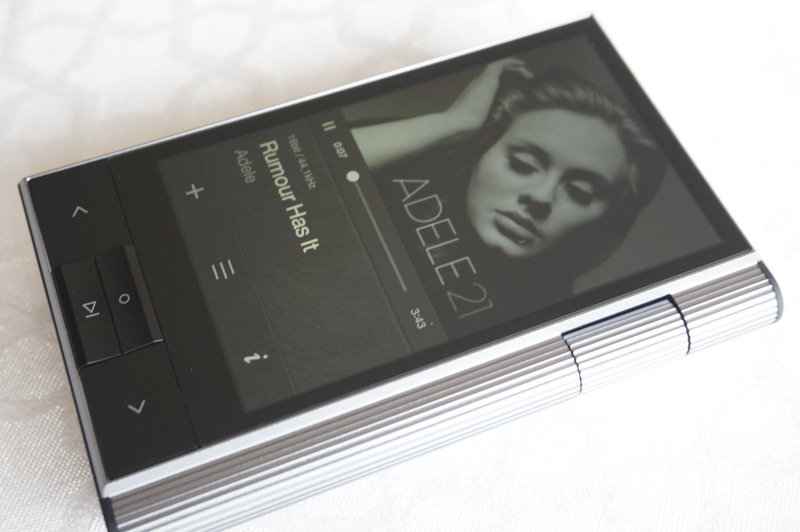 Astell & Kern's Digital Audio Players have always been amongst the most popular in the market for its class, and the feature set in their high-end models have always been most impressive to say the least. So, when they announced that the Kann would have a lot of the features of their high-end models but avail itself at a lower price point, that certainly raised quite a few eyebrows.

The Kann will feature a single AKM AK4490 DAC and come with a built-in amp with a normal/high gain switch for more demanding headphones. It does Native DSD playback up to DSD256 (11.2MHz) and PCM audio playback up to 32-bit/382kHz, so High Res Audio fans will have plenty of options. 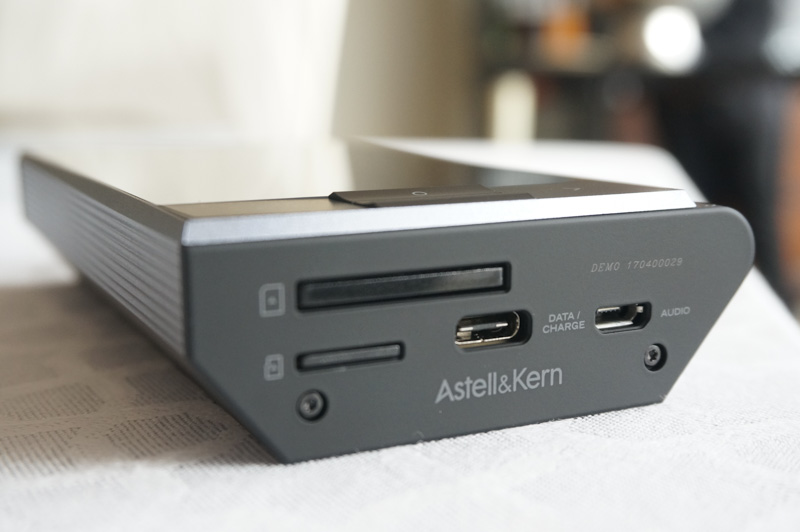 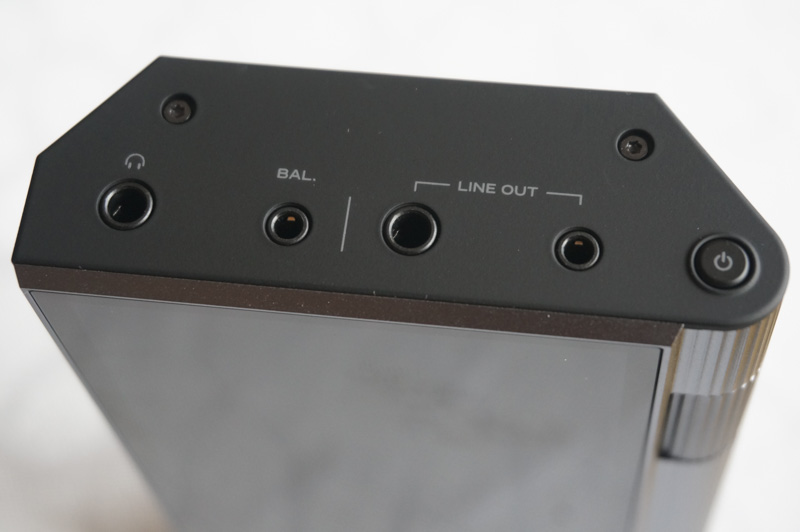 The two jacks also serve as dedicated line-out options, and the micro-USB port works for both USB audio and to allow the Kann to serve as an USB DAC for your laptop/PC. We're told both jacks can be used at the same time, so if you have a balanced pair of headphones and a friend has a regular 3.5mm jack based headphones, you can share your music by simply plugging in together. 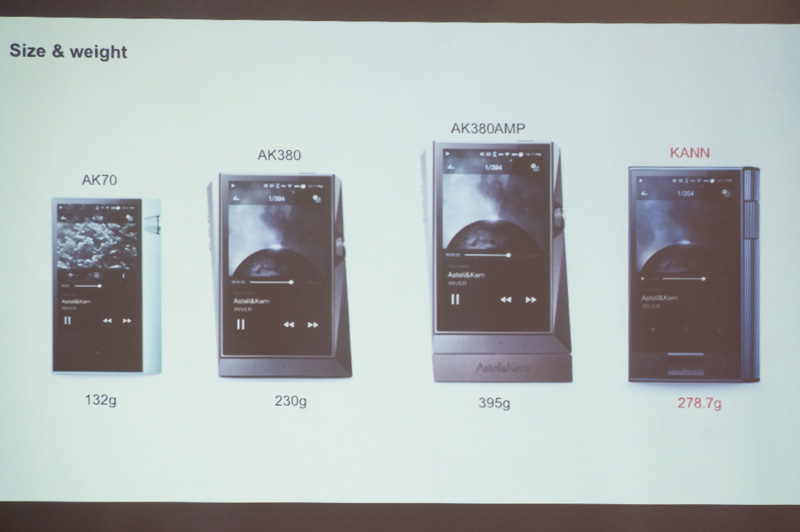 For data transfer and charging, USB Type-C port is used, and the player's fast charging capability allows you to get 6.5 hours of play time from just an hour of charging. Of course, there's also Wi-Fi support, and the Kann has aptX HD Bluetooth codec support if you prefer to get your music from hi-res streaming services like Tidal instead.  Also improved, is the battery life, as the Kann is said to have the longest battery life of any Astell & Kern player to date – up to 15 hours of playtime is expected, which is quite a bit considering the player has a 4-inch WVGA (800 x 480 pixels resolution) LCD touch screen. 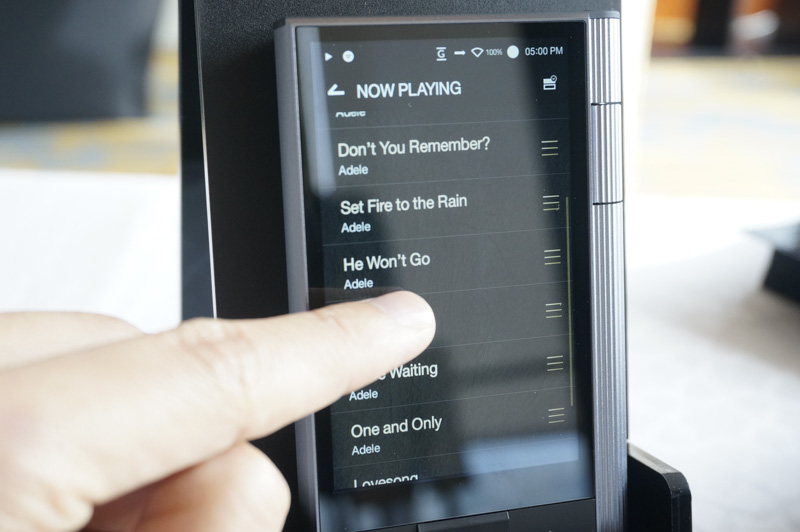 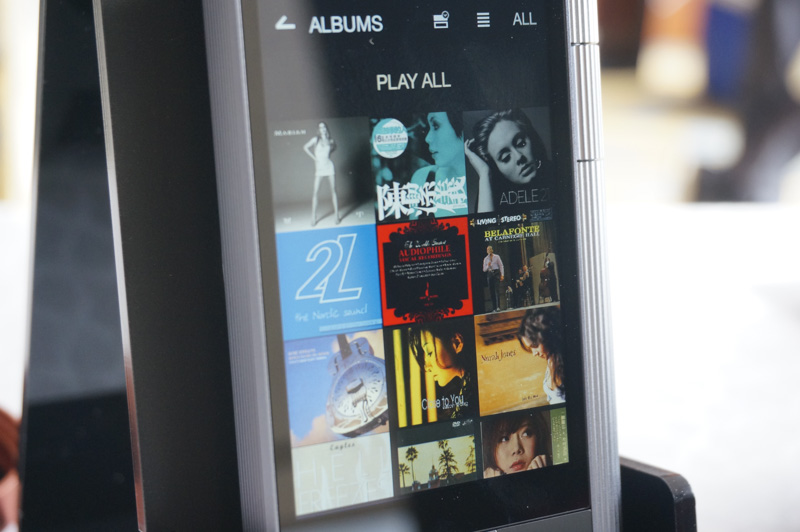 In-hand, the Kann certainly feels solid. There's definitely a fair bit of heft to the player, and it's not exactly something that will fit nicely into a regular trouser pocket, but you certainly won't hesitate to put it into a backpack and carry it around all day with you either. The touch screen isn't the most responsive, but did make navigating the menus easier.

Unlike most players, all the buttons on the Kann remain active even after the screen goes to sleep, so you'll be able to skip tracks and adjust the volume at any time. This presumably saves battery life, but can be an issue when you want to switch albums as the only way to bring the screen back on is by pressing the tiny power button on top. 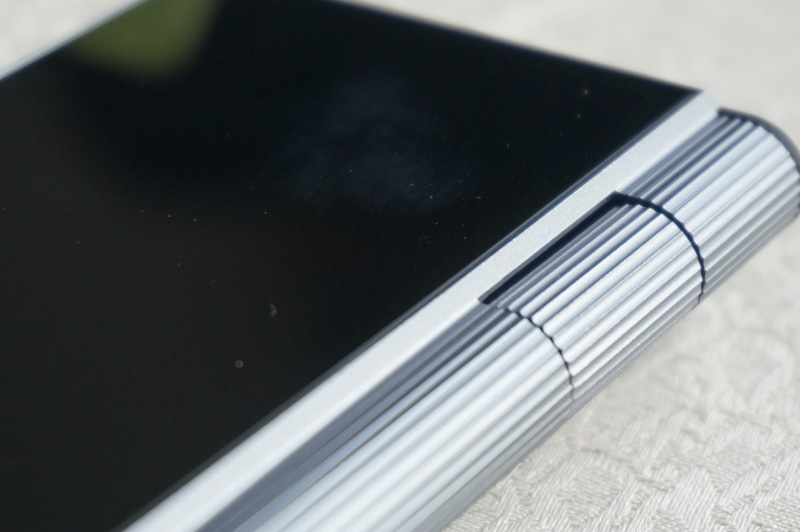 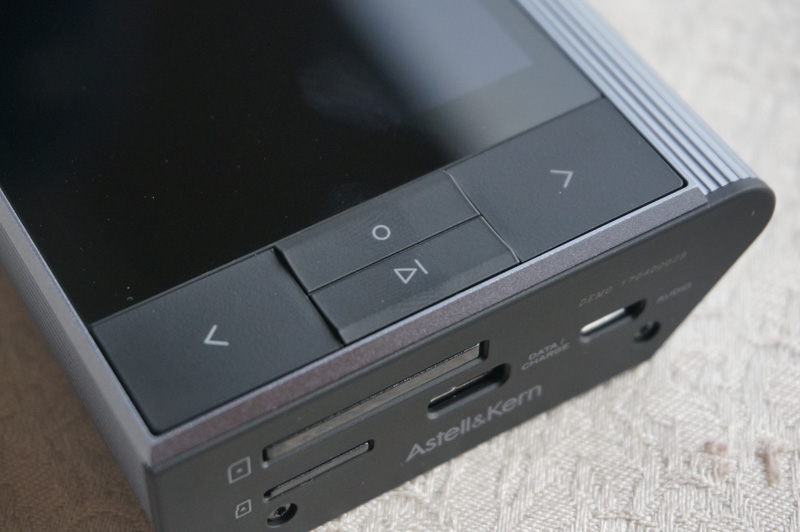 We had a quick listen to It's Crazy by Sarah Vaughn and we thought the Kann did a great job on her vocals, rendering them with good naturalness. Trebles were crisp with good detail in the percussion instruments. The player also showed good energy and dynamics with Money For Nothing by the Dire Straits, with nice forward vocals and adequate weight in the bass section. This particular track has quite a heavy drum section with a big electric guitar solo at the front, and the Kann was able to give good separation and clarity to both throughout the resulting musical frenzy.

Finishing our brief audition with Ain't no Sunshine by Chrisy Baron, and we really liked how the player rendered the bass on the piece. Nice and dark, with good extension into the lower ends and just enough weight to be accurate. Baron's sultry vocals were sweetly rendered, standing as the perfect counterpoint to the bass play.

All in, we'd say the Astell & Kern Kann is definitely a serious piece of audio equipment that is worth consideration if you're in the market for a high-end Digital Audio Player. It seems odd to say that something with a retail price of S$1,599 is a great bargain, but considering how many features it shares from its higher-end siblings, it wouldn't be too far off from the truth either. The Kann will be available at all authorized retailers in a choice of Astro Silver or Eos Blue by the end of the month.