Hands-on (again) with the Microsoft HoloLens

Update, Apr 12, 9AM: The Microsoft HoloLens is now available in Singapore. Two configurations - Developer Edition and Commercial Suite - are available for order on the Microsoft Store, priced at S$4,388 and S$7,288 respectively.

Update, Feb 15: Microsoft has announced that it's going to sell the 2-year-old HoloLens in Singapore "soon". No local pricing is announced, but as a reference, the HoloLens is sold for US$5,000 as an enterprise package in the U.S. 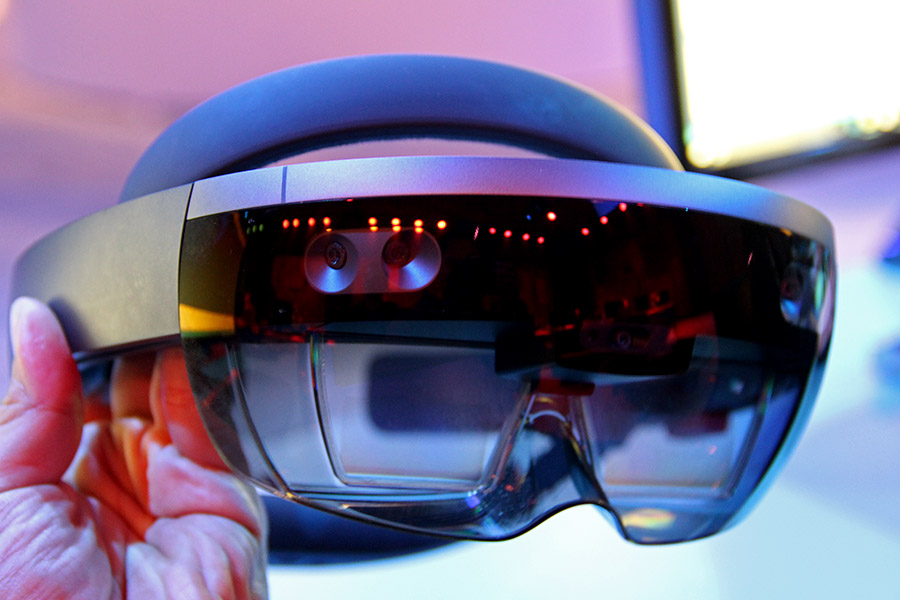 Earlier today, Microsoft announced that a free Anniversary Update (known previously as Redstone 1) is coming to Window 10-running devices in the summer. And among these devices is the US$3,000 HoloLens, which the company has begun shipping today (to be exact, it’s the Development Edition that’s shipping) to paying developers in the U.S. and Canada.

Since the mixed reality headset is already going into the hands of thousands, Microsoft is less secretive about it and allowing more attendees (because there are many who can’t afford the three grand) to have a go at it at Build this year.

I’ve written about my experience with the HoloLens before, so that’s a good place to start if you’re hearing about it for the first time. But to recap, the HoloLens is (still) the only fully untethered mixed reality headset out there, and that means it’s self-contained, with no markers, external cameras, wires, phones, or PC connections required. It has multiple environment understanding sensors built into it, and is powered by a custom-built Microsoft Holographic Processing Unit (HPU) and an Intel 32-bit architecture. Broadly speaking, it’s called a mixed reality headset and not a VR headset like the Oculus Rift because it mixes holograms with the real world; and it’s exactly this distinction that enables HoloLens to provide its users all-new ways to communicate, create, work, and play.

I managed to try the as-good-as-final HoloLens hardware again today, and in order not to repeat myself, I shall focus on areas that I didn’t touch on previously. (I’ll skip the boring Unity and Visual Studio stuff, too.)

First, let me get the negatives out of the way. For one, during the hands-on (heads-on?) the HoloLens kept slipping down my nose that I had to frequently adjust the angle of the visor and/or tighten the knob on the band. I didn’t remember it being so ill-fitting for me; I can only posit that the shape of my head or area around my nose bridge has changed since my last outing with it. Regardless, at 579g, you're going to feel it. (Update: To be clear, the adjusting mechanism is easier to use now than before; it just doesn't fit my head that well. YMMV, of course.)

Also, the field of view is still limited. This means often times I couldn’t see a hologram in its entirety when I went near it (or if it was too big, I had to take many steps back); or forgot that it was there because I didn’t see it, either because I wasn’t looking directly at it or it was just outside the viewable rectangle.

Is the limited viewing angle a deal breaker? Maybe. But I’ll say that the HoloLens does have several features that mitigate this issue. One, it has spatial sound, which means it synthesizes sound so that you can hear holograms from anywhere in the room. (The headset puts a pair of surround speakers near your ears.) And from my experience, the audio placement was pretty convincing. I can certainly see developers using audio cues in their apps to direct users where to look.

Then there’s spatial mapping, which enables HoloLens to know about every real-world surfaces in the room. This allows the holograms to interact with the enviroment, so you can do things like placing a hologram on a real coffee table. More importantly, HoloLens remembers where you left a hologram. You may not see it because it’s out of the field of view, but rest assured, even if you walked through it, it’ll stay put because it’s “world-locked”.

At the end of the day, despite the fit issues, I had fun with the HoloLens, more so than the previous outing. While the hardware hasn’t changed, Microsoft has clearly spent time improving on the software experience, as evidenced by the simpler and more polished calibration process that requires just a few eye-finger tracking steps rather than the need to measure my eyes’ inter-pupillary distance. Of course, my experience could be colored by the fact that it was more group fun this time round, with multiple users sharing the same hologram, throwing projectiles at one another, and blowing things up.

It’s still early stage for HoloLens, but its potential is undeniable. With the dev edition now shipping, it’ll be interesting to see what developers can come up with. 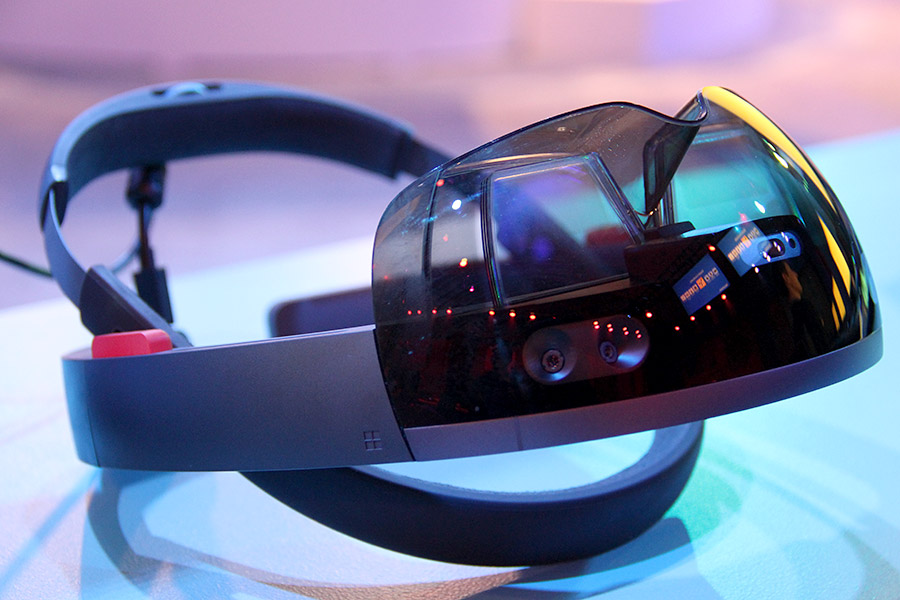 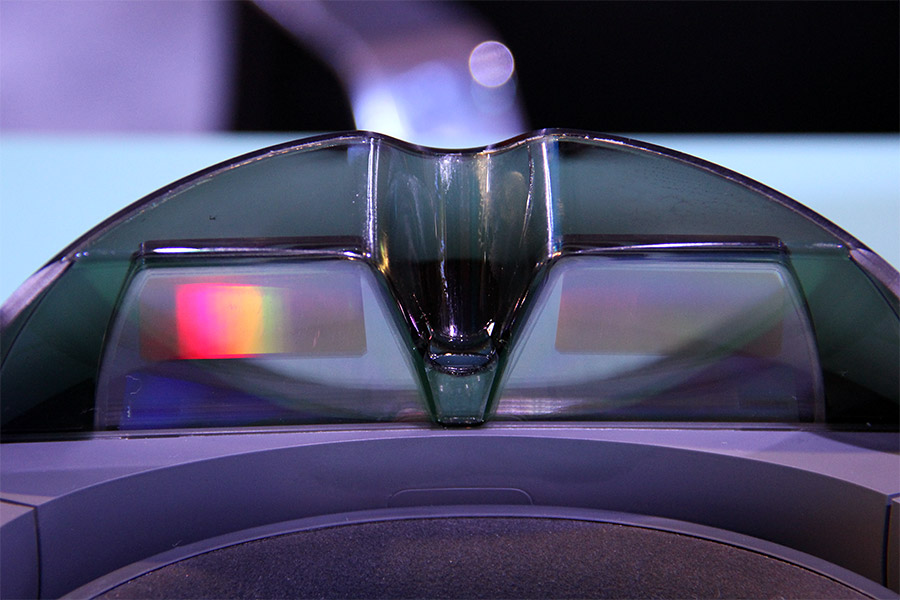 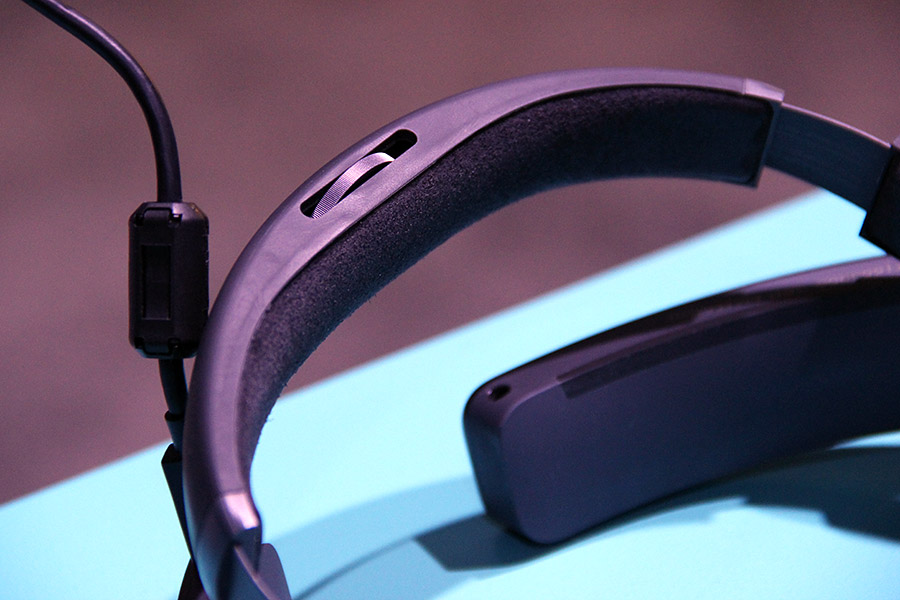 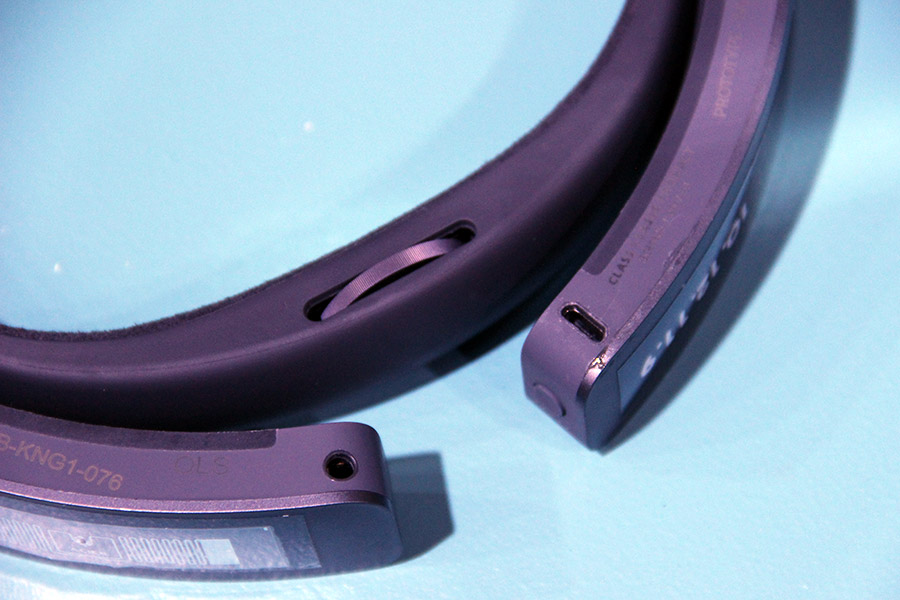 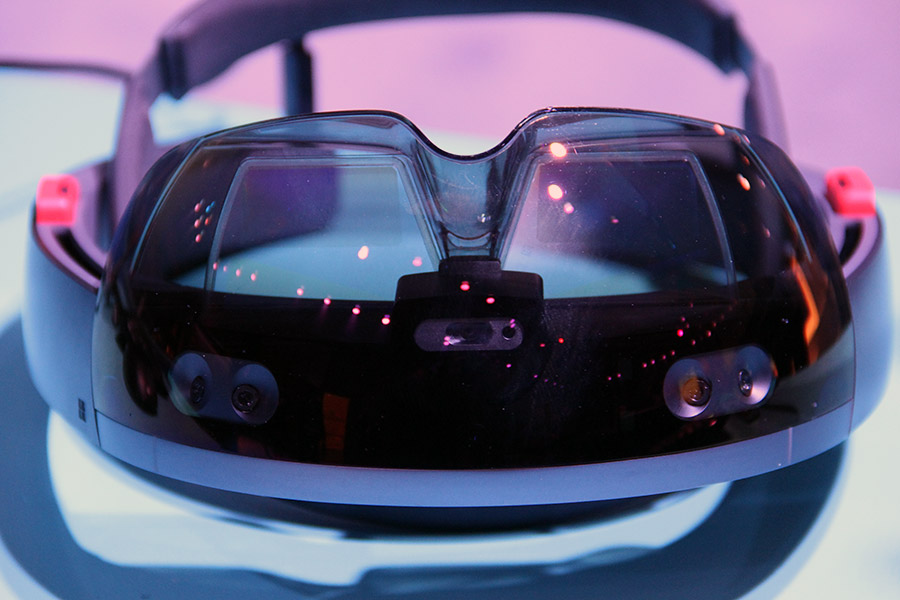