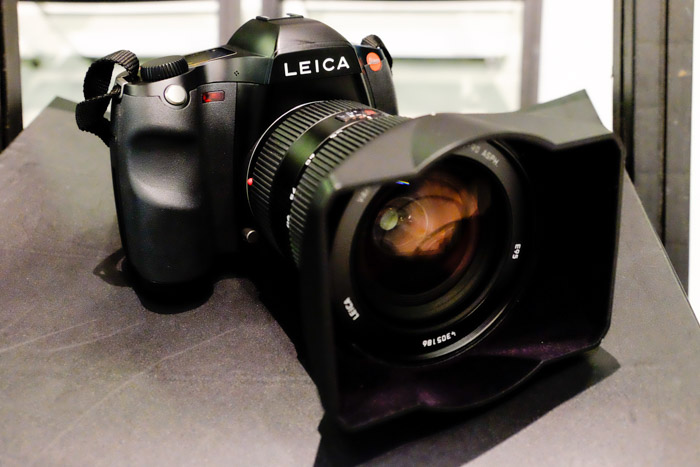 The Leica S (Type 007) is the latest incarnation of Leica’s flagship camera, and the big news in this update is the fact that the Leica S now uses CMOS over CCD for its imaging sensor. Mr TS Sim, Business Manager of the Leica Professional System started off the session by bringing us through a slideshow introducing the new Leica S, and as you can see below, the benefits are numerous when the new sensor is paired with the new Maestro II imaging processor. 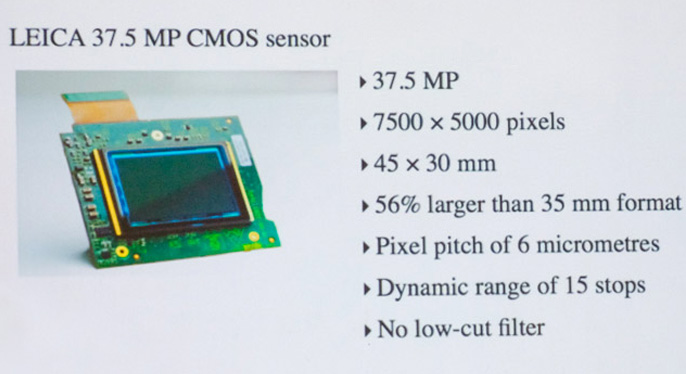 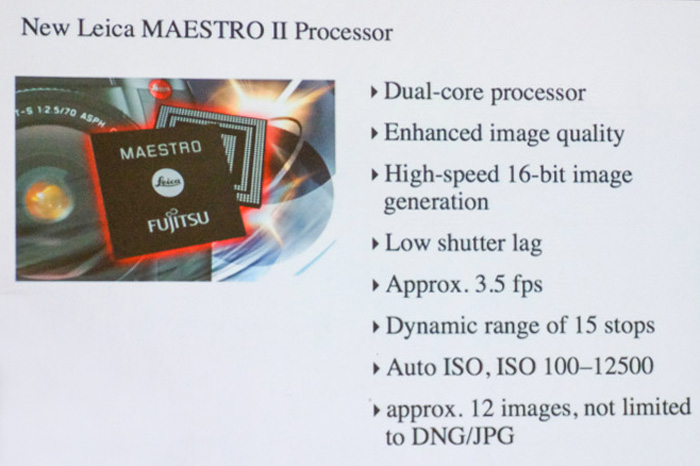 What’s noteworthy is the 15-stop dynamic range that the new processor is supposed to bring, as that’s a full stop over Medium format competitors like the Phase One IQ3 and the Leaf Credo 50, both of which sport sensors that resolve resolution at 50 megapixels, but only claim 14-stop dynamic range.

The continuous shooting rate of about 3.5 frames per second is also quite a bit faster than the competition, as most medium format cameras still average continuous shooting speeds below 2 frames per second. Add to that a native ISO range of 100-12,500, as well as new video capabilities, and it certainly seems as though Leica is taking full advantage of their new CMOS sensor. 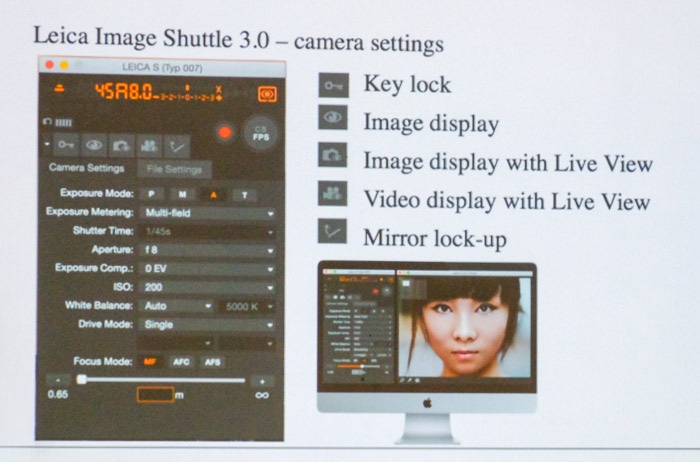 Like most modern DSLRs today, the Leica S also comes with in-built Wi-Fi capabilities, which allows for remote capture from your smartphone via the Leica S app (currently only available for iOS). The app gives you live view, remote capture, and allows you to set the autofocus point by touch, so it certainly seems as though Leica has brought the feature set of the Leica S closer to that of today’s DSLRs.

Following the presentation by Mr Sim was a quick demonstration of shooting tethered with the Leica S by Photographer Sebastian Siah from Shooting Gallery Asia. The camera was setup to send pictures directly to Adobe Lightroom, allowing us to view the shots on the larger screen of a laptop. From what we saw, there didn’t seem to be much lag between each shot, attesting to the fast buffer of the camera, as well as the speed of the Lemo USB 3.0 HiSpeed connection the camera uses. 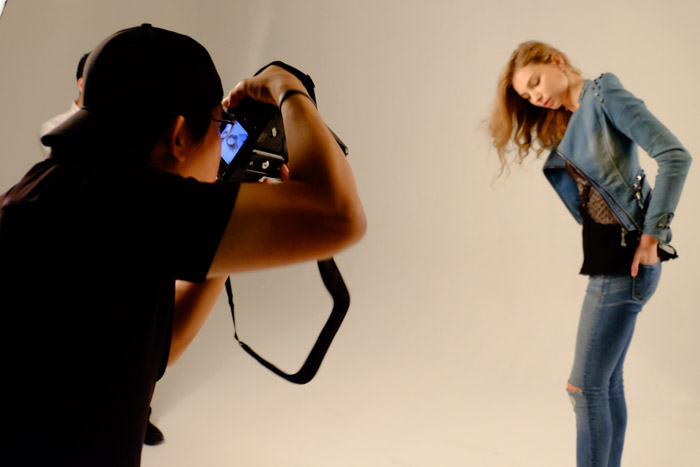 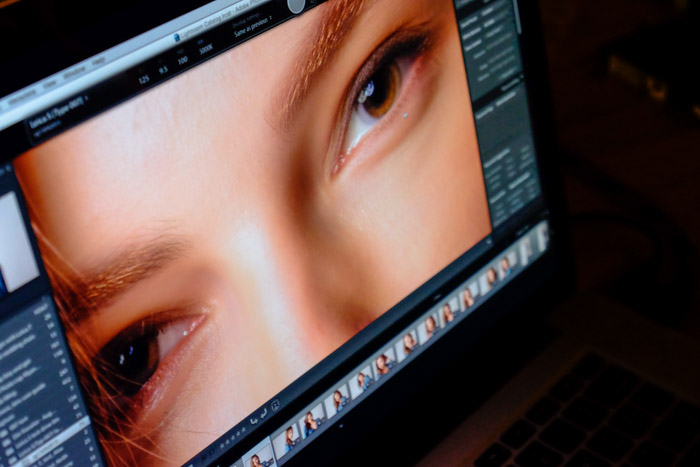 A quick run-through of the camera 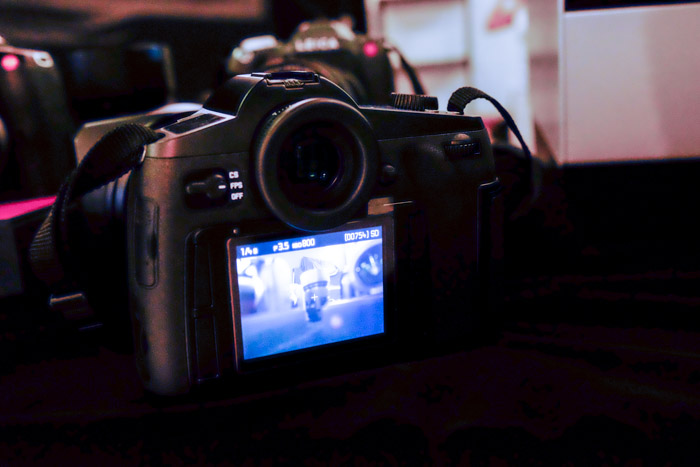 We were given a quick run through with the camera, before given a chance to take a few quick shots with the model of our own. The Leica S supports lenses with leaf shutters while also having a focal plane shutter of its own, so in place of “On” and “Off” as you might generally see, you get a choice of “CS”, “FPS”, and “OFF”. As you can see in the picture, the camera is also now capable of Live View. Navigating the menus is largely through four quick buttons around the LCD, each of which bring up a separate menu. 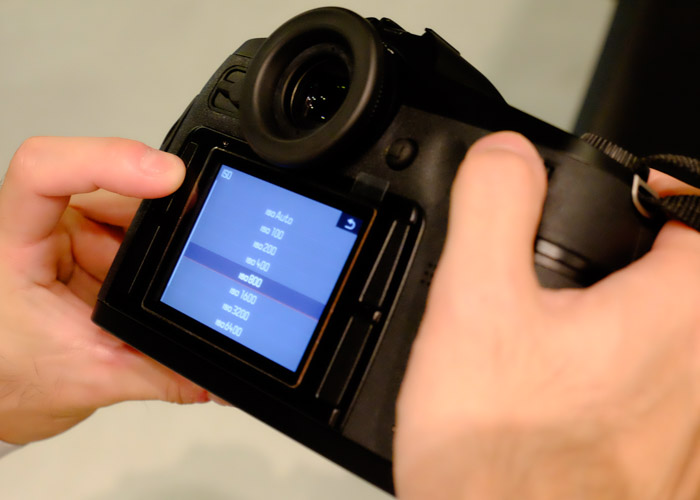 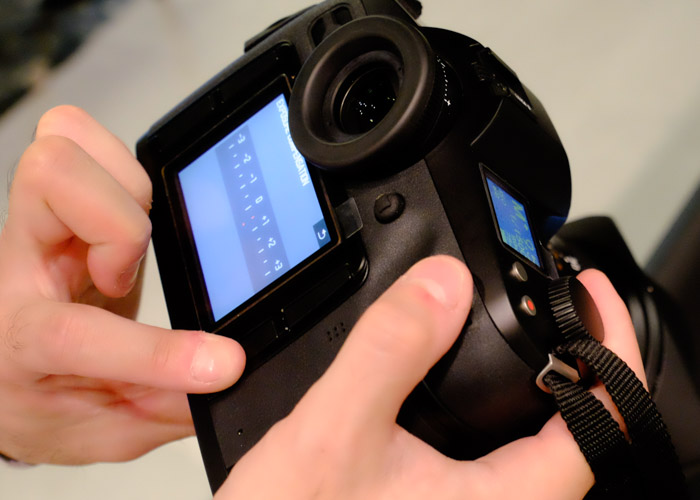 The top left button brings up ISO settings, and you can see that other than being able to select your ISOs (only full stops are available) there’s also an “Auto ISO” function, which brings a convenience when you are shooting in rapidly changing conditions. The button under that brings up a selection of metering modes, which basically offer you a choice between Spot, Multifield and Center Weighted.

On the other side, we have your focusing modes -AF single, Predictive AF continuous and Manual override from the top right button, and exposure compensation from the bottom right. Getting to the other settings involves a quick press of the tiny four-way joystick located next to the relatively huge viewfinder, which may seem a little unintuitive when you’re searching for a “Menu” button, but is pretty handy once you get used to it. 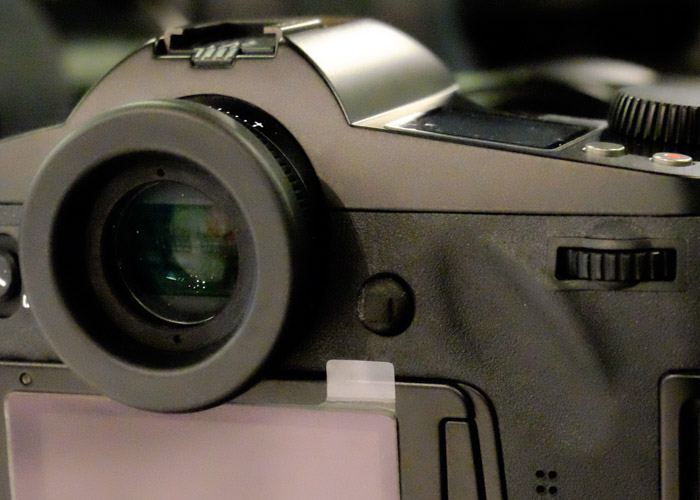 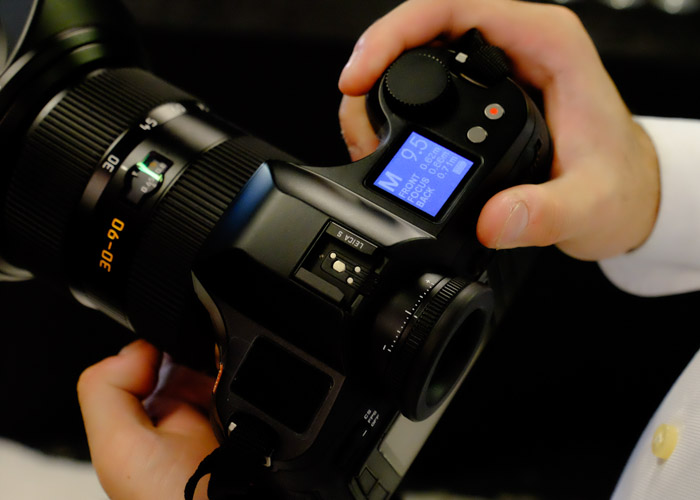 What is definitely useful though, is the way the top LCD panel is able to give you distance information on your plane of focus when you have the camera set to Manual focus mode. As you can see from the picture, the camera was focused on a point of 0.66m away, with the depth of focus starting from a point 0.62m from us and ending at a point 0.71m away. This means the total depth of field we would get at f/9.5 would be 0.09m, or 9cm - anything placed within that 9cm area would be completely in focus.