Star Wars games you should avoid

The best of the worst

We've taken a look at some of the games that made great use of the Star Wars license. Now here's a few that made the worst use. 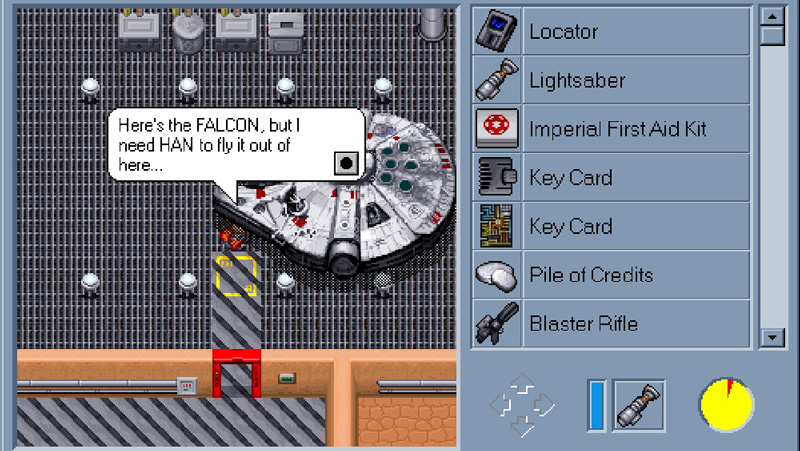 What do you get when you mash Star Wars with turn-based dungeon crawlers like Chocobo's Dungeon? You get Yoda Stories apparently. An endless series of fetch quests, the game makes you the errand boy for Yoda, doing tasks like rescuing Han Solo and fighting Darth Vader.

Somewhere along the line though, the developers of the game forgot to add in any semblance of fun, a plot or even basic gameplay. If Darth Vader had Yoda Stories, he wouldn't have needed that interrogation droid to get the information from Leia that he was looking for.

Get it on Ebay.  But why would you want to? 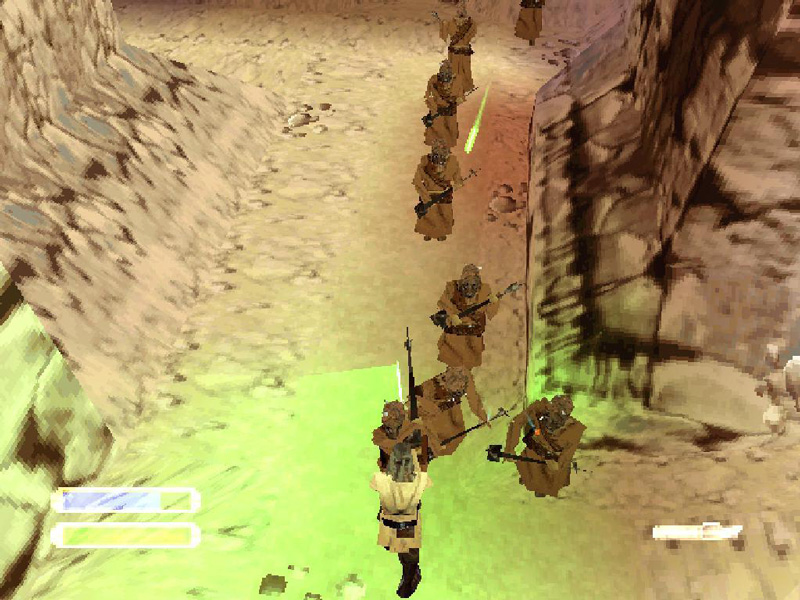 Episode 1 was a very weird game. It was a semi-top down action game with RPG mechanics but didn't do the action or the RPG parts very well. It was obviously a rushed game, released to coincide with the film's release.

The game came out on both the Playstation and the PC and while it wasn't great on the PC, subsequent patches eventually made it into a playable, if somewhat crappy, game. On the Playstation on the other hand, what you see was what you get. That meant that console gamers were treated to a game with visuals that put first generation Playstation titles to shame, buggy gameplay and shoddy collision detection.

Ebay has the game dirt cheap, for both the PS1 and PC versions. 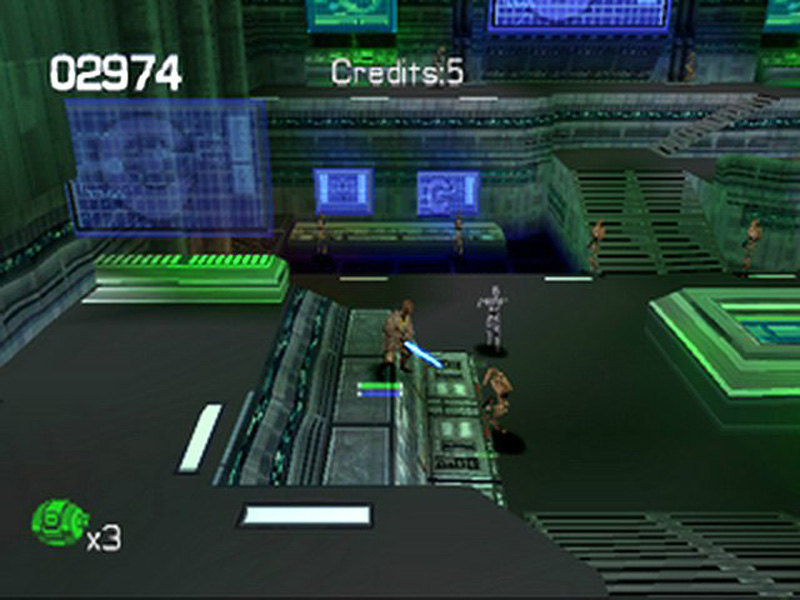 Don't be fooled by the name, Jedi Power Battles is less about Jedi fighting with the Force and more about Jedi bludgeoning tons and tons of battle droids with their weirdly ineffective lightsabers. The gameplay is a tad better than Episode 1's but that's like saying rotten eggs are better than rotten bananas. No matter how you cut it, both leave a bad aftertaste in your mouth.

Like Episode 1, the game suffers from a host of problems. Jumping is terribly awkward due to the fixed camera angles, the visuals look nowhere near the quality other PS1 games that were released at the time, collision detection is iffy and controls were unresponsive at best.

However, the game does have a silver lining. The Dreamcast release eventually fixed nearly all of the issues the game had, which actually made it in a pretty decent brawler with Jedi characters.

Ebay of course. But if you don't want your mental image of Jedi to be forever tarnished, we suggest getting the much superior Dreamcast version instead. 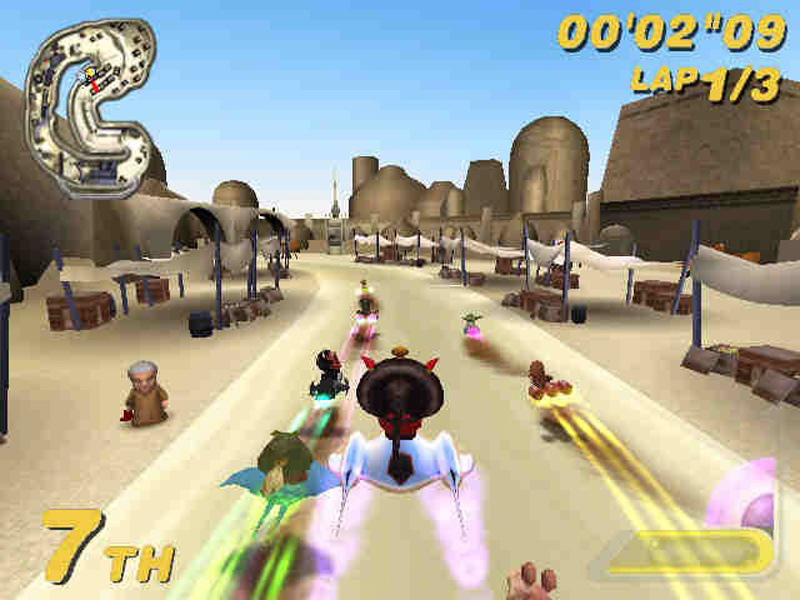 Apparently, somebody thought it was a good idea to associate a game with Jar Jar Binks. Never mind that most people don't even know what bombad means (we sure don't), it was deemed good enough to attach to the title of the PS2's horrendously bad first Star Wars racing game.

We wonder who thought that having nightmarish super deformed characters in a sloppy racing game was a good idea. Not only was the game impossible to play well due to its finicky controls, it had some of the worst audio and visuals ever seen on the PS2. Even kids know better than to play this.

In an ideal world, the game would've been deemed an abomination against Star Wars and all copies jettisoned to the sun. But we don't live in an ideal world, which is why the game's available on Ebay. 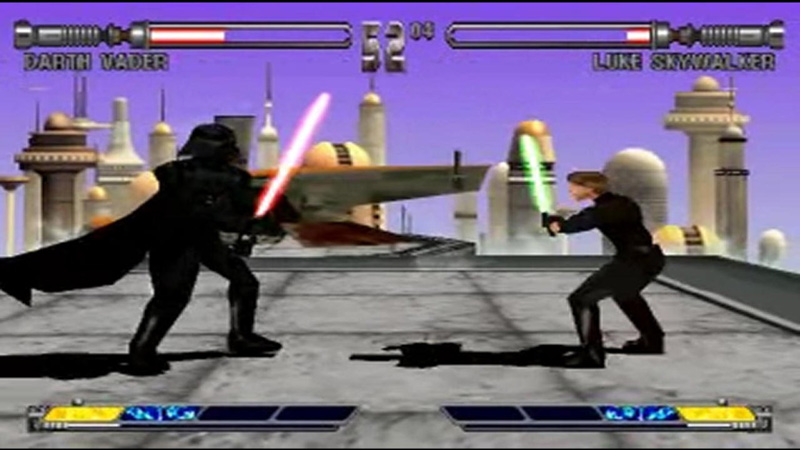 Masters of Teras Kasi was a 1-on-1 fighter where each fighter had two styles of attack; hand to hand or with their signature weapon equipped.  Unlike most games on the list, the visuals for the game were decent and while it's a bit weird why Luke might want to punch Vader out, stranger things have happened in Star Wars games. Master of Teras Kasi does get points for delving into the EU for its unlockable characters, like Jodo Kast and Mara Jade, which was interesting.

The major fault with the game though lies with its controls. To call them unresponsive would be an understatement. Pulling off moves like Luke's Saber Throw special move requires skill AND luck because even if you get the movement right (the game uses both Street Fighter and King of Fighters style button combinations), it doesn't mean the game will register. For a fighting game, having shoddy controls is pretty much a shot right to the head, which means that Master of Teras Kasi was pretty much dead on arrival.

Like most of the other games, Ebay has it for sale.

So there you have it, our list for the best and worst Star Wars games! Hit our comments section if you think we should've included a certain game that wasn't in the list.