The greatest Star Wars games you have to play - Part 3 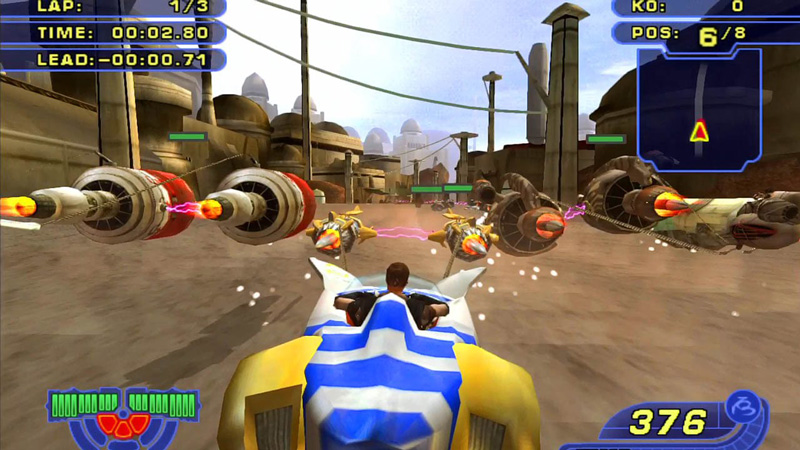 Racer Revenge (and its predecessor, Racer) are podracing games. Similar to Wipeout, Racer Revenge has you racing at breakneck speed, all while maintaining your pod and wrecking others. Racer Revenge is everything the original Racer (N64, PC) was and more, featuring an expanded roster, better visuals and framerate and a much more tolerable difficulty. The extra power afforded by the PS2 meant that Racer Revenge could seem even faster at times than the breakneck pace of the original Racer.

Like the Rogue games, Racer Revenge has phenomenal sound and if you have a decent sound system, you'll definitely get a kick out it. We'd recommend the Star Wars Racer for arcade but seeing as how even the ROM is incredibly hard to find and part of the experience of that way was the unique throttle controls, we figured Racer Revenge would be a passable substitute. 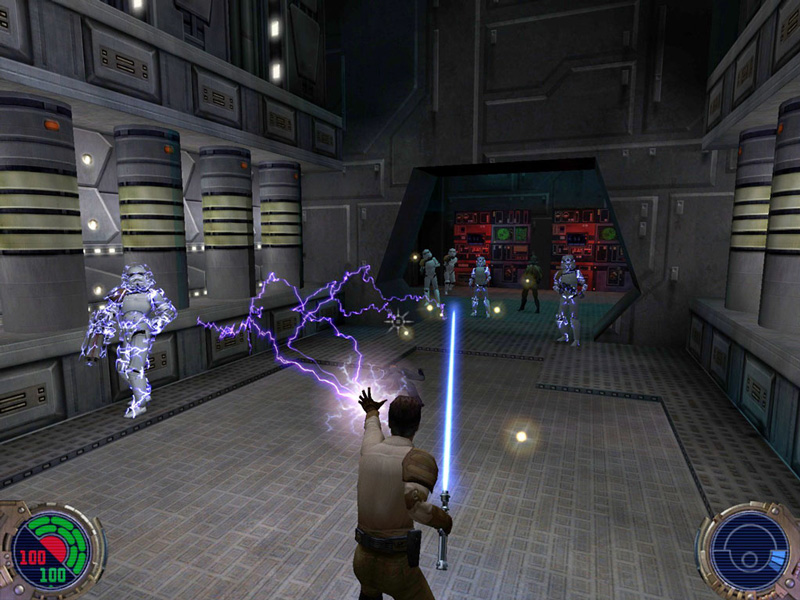 If there's a Star Wars game that captures the feeling of being a Jedi that game has to be Jedi Outcast. As one of the very few games that actually acknowledge the pre-Disney EU, Jedi Outcast wasn't only a great game, it actually gave us a glimpse at things only mentioned of in the books, like Luke Skywalker's Jedi Academy on Yavin IV.

The best part of Jedi Outcast is that it seamless combines a third person action game with an FPS. Use any of the guns in the game and it's a first person game, showing its Dark Forces roots. Switch to the lightsaber however and the game becomes a third person title as the camera hangs behind Katarn, so that you can enjoy the visceral combat. It's here that the PC version of Jedi Outcast has the edge. With console commands, a player can enable realistic dismemberment. Yes, you read that right. FINALLY, a game portrays the lightsaber as it is supposed to be.

Kyle not only has his saber and three different stances, he also has force powers. Depending on your actions in the game, Kyle will walk the light or dark side, with appropriate powers for each. Needless to say, the Dark Side with Force Choke and Force Lightning is incredibly fun to use, though the Light Side's Force Heal and Energy Absorb is useful too.

If you have an Xbox or GameCube, you can easily find the discs for sale cheap online. But even if you do, get it for a PC instead. Realistic dismemberment makes it a whole different (and much better) experience on the PC and with the whole Dark Forces series on Steam, there's no easier way to experience the whole quadrilogy. 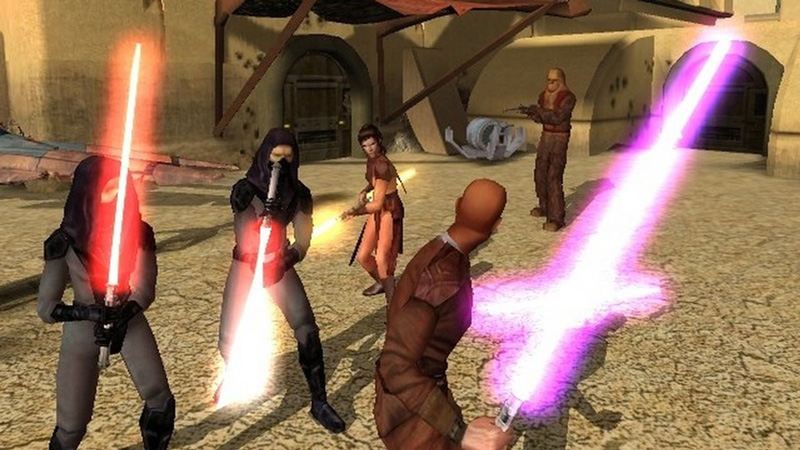 While Jedi Outcast made you feel like a Jedi, Knights of the Old Republic made you one. An RPG from Bioware (creators of Mass Effect and Dragon Age), the game puts you in the shoes of an amnesiac Force Sensitive, who slowly learns the ways of the Force, creates a lightsaber and then decides the fate of the galaxy. As an RPG, Knights of the Old Republic was much more open ended than most games at the time. Your choices in-game dictate whether you embrace the light or dark side of the Force, which changes the storyline significantly.

With its unique blend of real-time battles (with turn based elements), the game entertained even those who normally can't stand the slow paced nature of conventional RPG games. Its deep plot, coupled with the numerous sidequests made exploring the Star Wars galaxy an incredible experience, one that still holds up today.

We heavily recommend playing it on the PC, with versions on sale on Steam and Gog. The Android and iOS versions, while competent, aren't as visually impressive as the PC version. The PC version also allows mods, which can make the game even more interesting. Of course, if you want to play it on a console, the Xbox version is capable enough, though the long load times can make area transitions a pain. 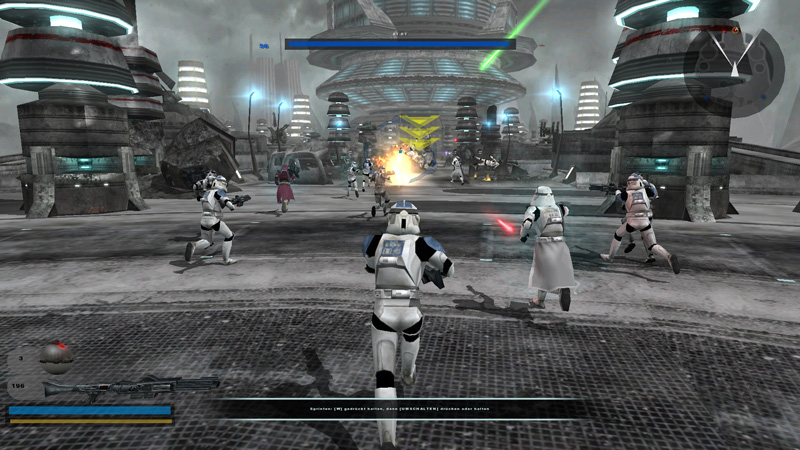 If you thought the new Battlefront is great, you'll love Battlefront II. Despite being released years ago, Battlefront II is a much more enjoyable and deeper game, especially when compared to EA's Battlefront. You not only have the ability to play as the Rebels or Imperials, you also get maps when you can play as the Old Republic's Clone Army or the CIS from the prequel trilogy. On top of that, each faction had different classes, with different weapons and gameplay styles.

You can get the original Xbox or PS2 DVDs, or use emulators. If not, Steam also has Battlefront II on sale, though it needs user patches and mods to support high resolutions and multiplayer.

We're done with the top recommended Star Wars games, but head on to the next page to see the worst of them to avoid!