The greatest Star Wars games you have to play - Part 2 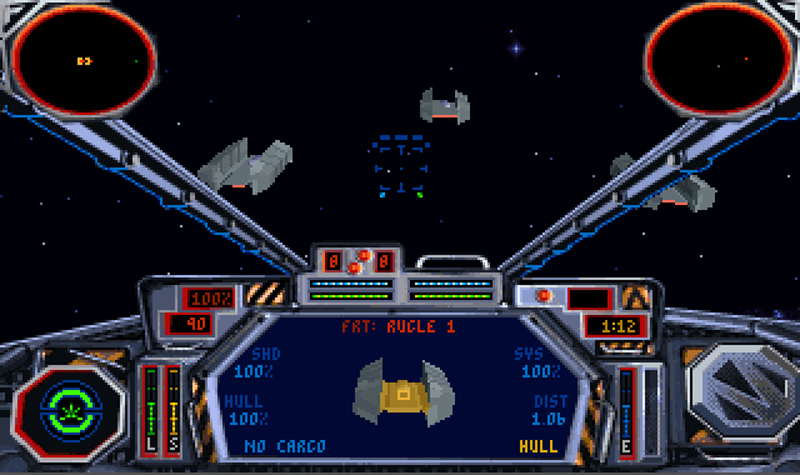 TIE Fighter was the second game in LucasArts groundbreaking X-Wing series. It was a space dogfighting sim that took all the great parts from X-Wing (the gameplay, the visuals, the depth) while infusing it with an Imperial flavor and a much better plot. Instead of being a Rebel pilot, now you're a hotshot ace for the Imperial Navy instead, hobnobbing with the likes of the Grand Admiral Thrawn (who fans might recognize as being from the EU) and the Emperor.

TIE Fighter was also the series' first foray into using polygons for visuals, which was a definite plus point in an era of mainly sprite based graphics. Despite that, the simplistic look of the game still holds up today thanks to the great gameplay that transcends time.

The last two games, X-Wing vs. TIE Fighter and X-Wing Alliance, were decent games in their own rights, though nowhere as groundbreaking as the first two. Still if you've always wanted to fly into the Death Star 2 with the Falcon, X-Wing Alliance is the one of the games that's done that sequence justice, which is why it's on the list.

Since they're PC titles, the easiest way to get them is through Steam or GOG. 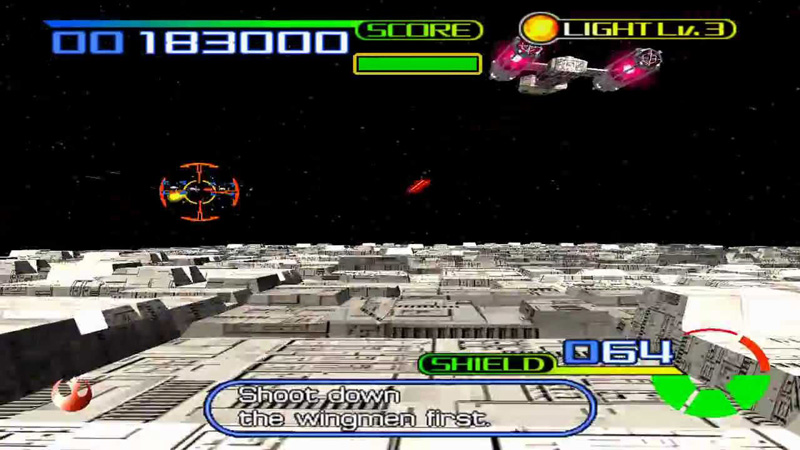 There's a reason why Sega dominated the arcades back in the 90s. Their games usually had big impressive cabinets like the faux racing cars for Daytona USA or the 18-Wheeler cab for 18 Wheeler: American Pro Trucker, with fun gameplay and cutting edge graphics. While Star Wars Trilogy Arcade didn't have the former, it did have latter two points in drove. Star Wars Trilogy Arcade is an on-rails shooter that allows you to play the major events of the trilogy through the selection of three different stages.

The reason it's on the list though is the Endor stage. To date, no other game (not even the latest Battlefront) has been able to pull off the Endor speeder bike chase sequence as successfully as the Star Wars Trilogy Arcade did. While it's still on rails like the other parts of the game, the Endor sequence in the game is as close as games have gotten to replicating the chase in an interactive medium; you're careening in first person view on Endor, as the trees whiz by and the scout troopers try to take you out.

Unless you know an arcade which still has the game for play, finding it can be difficult. Even the PCB boards (basically game cartridges for arcades) are rare to come by and can fetch hundreds of dollars. As always, using a ROM is an option though one can easily play Star Wars Battle Pod instead. It's not quite as challenging as Star Wars Trilogy Arcade (due to the automatic lock-ons for weapons as we mentioned) but it's still a great substitute with similar gameplay and stages. 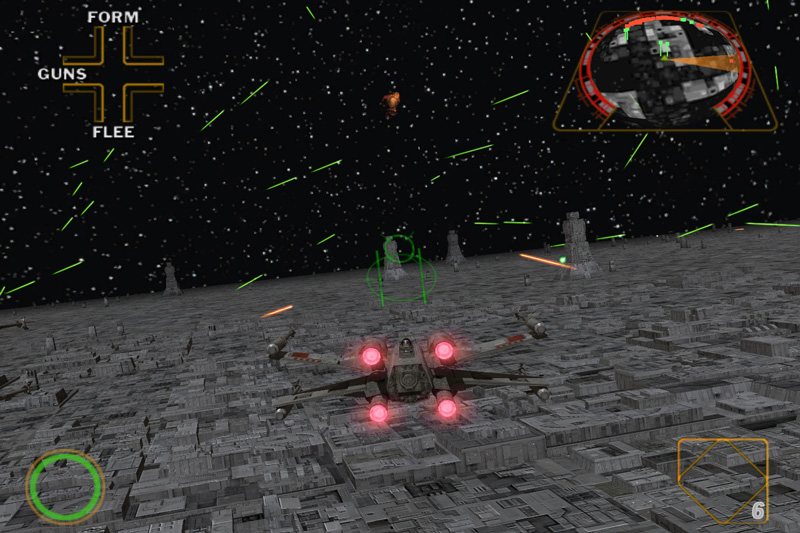 Rogue Leader was the seminal sequel to Rogue Squadron, which took Star Wars games to a whole new level.

There's a reason for that. The game not only looked like the movies, it had great sound and gameplay to boot. It was arcade-like but never too dumbed down. It was nowhere near as complex as the PC's X-Wing series, but as a console title, it was perfect. It recreated the Star Wars trilogy almost flawlessly, from the Death Star trench run, to the Battle of Hoth and finally, ending with the Battle of Endor, with extra missions picked from the EU comics too!

Even to this day, Rogue Leader's slavish dedication to recreating the starfighters you can pilot is unsurpassed. Take the X-Wing for example. You can toggle the lasers to fire between single, dual and quad modes. You can open and close the S-Foils. You can even use the targeting computer that Luke turned off when he was making his run at the Death Star's exhaust port. Jump into the cockpit view and you're not only seeing a perfectly replicated cockpit, you're hearing it too!

Unfortunately, Rebel Strike (the sequel to Rogue Leader) added in tedious third person segments to the game, ruining an almost perfect formula. Still Rebel Strike did have one redeeming quality; it had Rogue Leader's entire campaign, and thgis time, every single stage was playable in multiplayer!

Here's where it gets a little tricky. Both Rogue Squadron and Battle for Naboo received PC ports but getting your hands on one now is incredibly hard if you're looking for them legally. Rogue Leader and Rebel Strike are Game Cube exclusives to this day, which means the only way to play them is to either get a Game Cube or a Wii, as the system is capable of reading Game Cube discs. The Wii U can also play Game Cube games, though that requires installation of several mods and is not entirely legal.

We're not done yet! Head on to the next page to see even more great games!