The Great Gaming Notebook Shootout of 2013

While gaming is generally thought of as a desktop activity, there are those who swear by the portability of a notebook. While it is true that the most powerful of high-end gaming notebooks are generally bulky and cumbersome machines, notebooks are still infinitely more convenient to transport when compared to desktop systems. In this respect, they are perfect for gamers who value some sort of mobility but do not want to sacrifice on performance.

And thanks to advances in both CPU and GPU technology, gaming notebooks have never been more powerful, and they are slowly but surely closing the performance gap between it and desktop gaming systems. The new fourth generation Core processors from Intel offer greater performance and better power efficiency, while NVIDIA’s latest GeForce GTX 700-series, the GPU of choice for most notebook makers these days, are excellent performers. 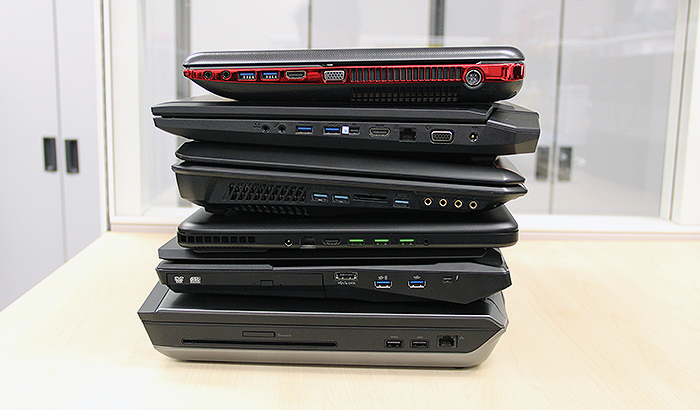 There is currently no shortage of high performance gaming notebooks, as just about every major notebook manufacturer has something to offer. For this shootout, we will be evaluating the flagship gaming notebooks from the individual brands that are available locally. To make the cut, the notebook must have a display that is 17-inches or larger, the latest processing platform, an enthusiast-grade GPU (GeForce GTX 765M and above) and it must be launched this year. Here’s the list of candidates:- 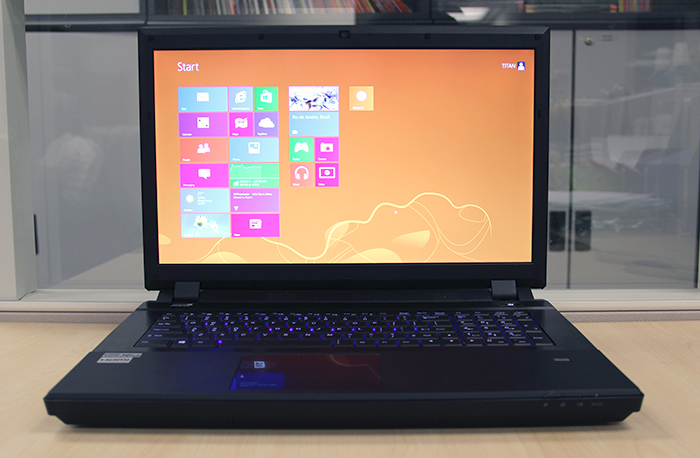 Aftershock is a Singapore-based custom notebook specialist which has been making a name for themselves amongst gamers locally. We recently reviewed the XG13, their 13-inch portable gaming notebook, and found it to offer tremendous performance for the money.

If the XG13 is the baby in Aftershock’s lineup, then the Titan can be described as the All-Father. This is their flagship gaming notebook and it is a beast of a machine both figuratively and literally, as, specifications aside, the Titan is a just under 50mm thick and weighs a considerable 3.9kg. However, once you consider its hardware arsenal, the notebook's weight is more justifiable.

The 17.3-inch Full-HD display utilizes a TN panel and viewing angles are pretty respectable and visuals are decently sharp and crisp, but a little washed out on the brighter settings. 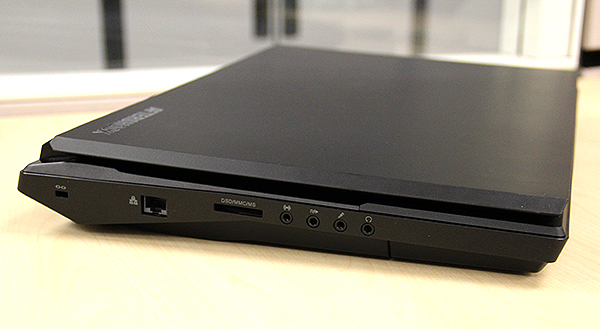 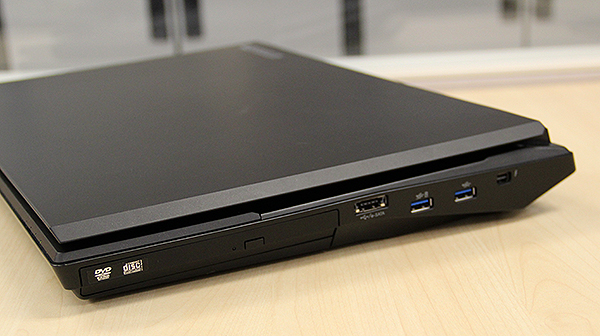 The notebook also boasts as impressive list of features such as Killer network connectivity (Ethernet and wireless), Creative X-Fi audio engine, Mini-Displayport video output, and even a Thunderbolt port.

So far so good, but the Titan disappoints when it comes to design and build quality. As it is, the Titan design can best be described as uninspired. It looks really generic and there is no real theme to its overall look, some surfaces are plain plastic whereas others are rubberized and the keyboard panel is brushed aluminum. It feels and looks haphazard to us. Fortunately, the Titan is solidly built and there is no noticeable flex in the chassis.

The keyboard also feels a bit squashed and claustrophobic to use, which should not be the case in a large desktop-replacement class notebook. And to add, the trackpad has a tacky plastic feel and was not smooth to glide over and use, even if it was accurate and responsive enough.

Another underwhelming aspect of the Titan are its Onkyo-branded speakers, which though loud, sounded flat and was lacking in body. Fortunately, the aspects where it doesn't rank well, they are easily overcome by gamers using their own preferred gaming mouse, headset or speakers - personal preferences and gear that will undoubtedly be preferred by most users to augment their gaming experience. As such, they are not critical flaws for Aftershock (even though we wish they were improved upon anyway). 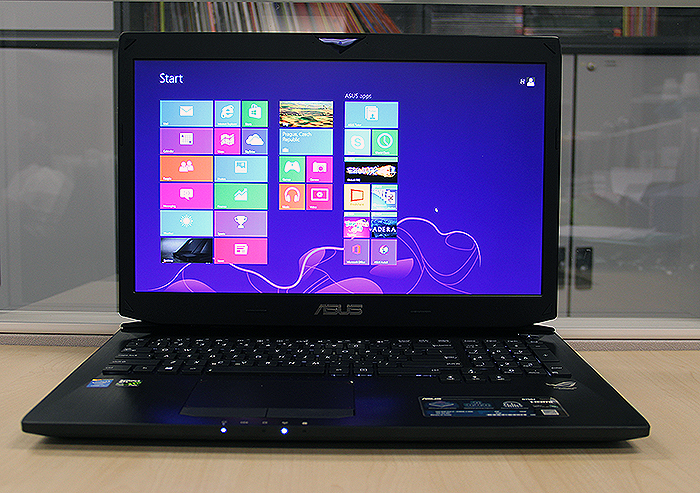 ASUS’s entry comes from the company’s Republic of Gamers (ROG) line-up and it is called the G750JX. Uninspiring name aside, the G750JX has arguably the most unique design. Round the back, the exhaust vents have been designed to look like the rear of a Lamborghini Aventador, which ASUS claims improves ventilation and cooling. 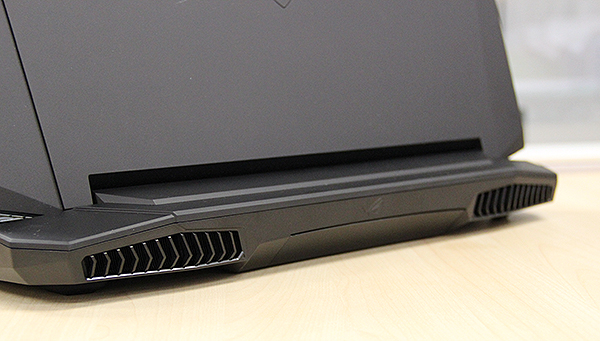 The chassis itself is constructed using mixture of plastics and aluminum and, as you would expect of a product from one of the world’s top manufacturers, is solidly put together. In terms of dimensions and weight, the notebook is around 50mm thick and tips the scales at 4.8kg, making it the second heaviest notebook in our shootout.

The G750JX’s 17.3-inch full HD matte display uses a TN panel, but offers good all round viewing angles and images are pretty bright and crisp. 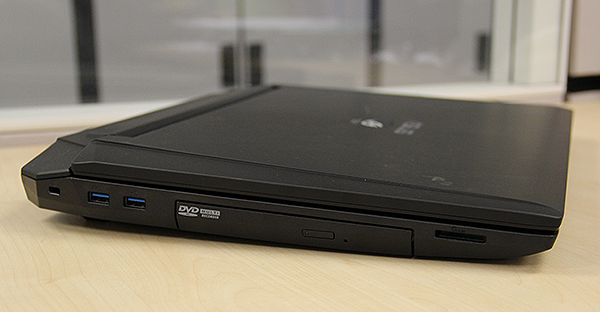 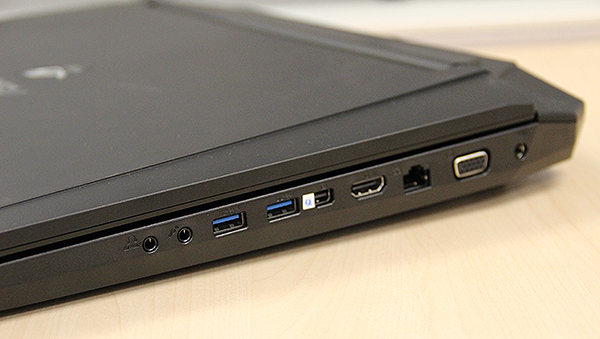 As for features, the G750JX is one of only two notebooks in this shootout to offer a Thunderbolt port, which doubles up as a Mini-DisplayPort. It also has an in-built headphone amp, an unusual feature for any notebook, which can drive high impedance headphones of up to 600 Ohms.

Its keyboard was also amongst the best as the keys are large and clearly defined. We especially liked how ASUS has isolated the cursor keys, which can be useful for certain games. The trackpad is large and accurate to use, but it is not clickable. Instead, it relies on two separate buttons below, which we found to be a bit too mushy for our liking.

Finally, despite boasting ASUS’ SonicMaster audio technology, which we found to be effective in older ASUS’ products such as the ET2300INTI AIO, we found the G750JX to sound a bit too weak and tinny for our liking.