With the advent of its AM3 platform which supports DDR3 memory at the beginning of the year, AMD has officially switched over to the latest memory standard. Intel of course has been offering DDR3 on its platform since 2007 with its 3-series chipsets (Bearlake) that supported both DDR3 and DDR2, though not on the same board in most cases.

While the adoption of DDR3 memory in those early days had been stymied by its high cost and availability, the situation eventually improved and like all tech products, DDR3 memory has now reached an accessible price point for mainstream adoption. Hence, it's not just the enthusiast crowd who are the target audience for DDR3 memory, though these users have no lack of high-end memory product choices, with DDR3-2133 modules available since last year and a healthy number of motherboards supporting 2000MHz and beyond for their memory frequencies.

Besides, one could argue that with the two main CPU manufacturers for the x86 platform on DDR3, users have few choices but DDR3 if they are buying a new PC nowadays, even if the performance benefits are not always obvious. There are however two significant areas where DDR3 has the clear advantage - improve the overall system overclocking headroom and power consumption. The latter however, was not always the case. 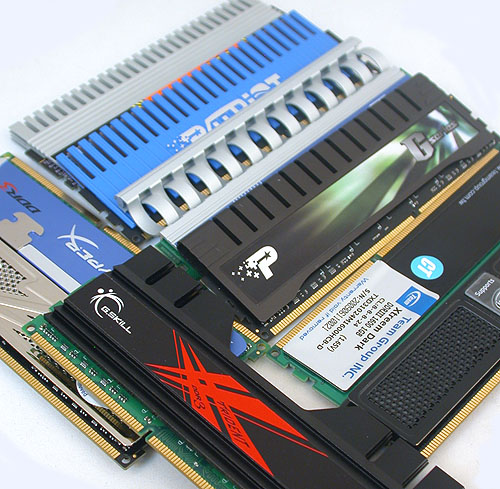 When Intel's Core i7 platform debuted, there was quite the fuss when the word from Intel was that the memory voltage should not go beyond 1.65V. Now, while DDR3 generally consumes less power going by the official JEDEC specifications (maximum recommended is 1.575V compared to DDR2's 1.8V), the ones on the market, particularly the high-end enthusiast offerings were rated at 1.8V and even 1.9V since they were released for the existing Intel Core 2 platform, which could accept much higher memory voltages.

Imagine the dismay and concerns of these memory vendors on learning about the memory voltage limits for the Core i7 platform. What followed shortly was the rapid introduction of triple-channel memory kits rated at between 1.6 and 1.65V. These memory kits are obviously packaged for the Core i7 market with its triple-channel memory controller. This move has now spread to dual-channel kits that are aimed at the AMD market, even if AMD has no voltage requirements for its platform. This is mostly because of the maturity of the manufacturing process allowing greater quantities of high speed DDR3 memory to operate at reduced voltage requirements as opposed to the days of high speed DDR3 memory for the Core 2 platform.

Finally, this brings us to today's mega memory showdown. In light of the expected wide adoption of DDR3, we have gathered dual and triple-channel kits from memory vendors to find out which brands give you the best performance and overclocking allowance. While DDR3 speeds currently go up to 2133MHz, we have decided on DDR3 1600MHz since it falls in the middle ground between mainstream (DDR3 1066MHz and 1333MHz) and enthusiast (DDR3 1866MHz and above) and hence could be a viable option for either segments. In the next few pages, we'll be looking at a total of 10 sets of memory kits, five dual-channel ones that will be tested on the AMD Phenom II platform and five triple-channel kits for the Intel Core i7 platform.