The Genesis of Monster's New Range of Headphones for 2013

The Genesis of Monster's New Range of Headphones for 2013

At an event held at One Altitude, Monster released their new range of headphone products for 2013. Having long since parted ways with the Beats brand, there are no big products with celebrity tie-ins this time around to anchor the Monster range. In fact, the range of products is quite similar to what they released a year back. Many of the headphone models are still present but refreshed with new color options. There are however two brand new additions to the family of Monster products which deserve special mention - Genesis and MVP Carbon.

The Genesis is slated to be the new flagship headphone from Monster. According to the manufacturers, the design of the circumaural cans borrow inspiration from premium, high-end, luxury cars. What makes the Genesis the top of the line offering is the fact that the headphones have a built-in amplifier, powered by a single AA battery. This headphone set also boasts of Active Noise Cancelling as well as bass customization modes (three options: mute, pure and club).

Bass customization seems to be the name of the game at present. Beyerdynamic introduced this feature to their range in the shape of the Custom One Pro and its adjustable venting system. We know from our sources that Skullcandy is also working on a dual-driver plus amplifier combination to provide customizable bass. From the looks of it, Monster has gone with amplifier assisted discrete bass level modes as opposed to providing a fluid customization scale. 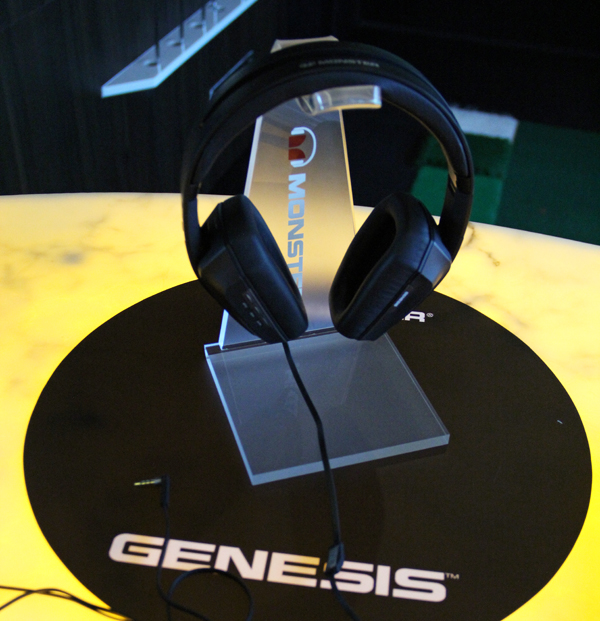 We had the chance to try out the Genesis at the event itself. From our quick trials, we discovered that the cans could reproduce good, deep lows and an extended bass range. However, especially on the "club" setting, the low frequencies could do with more definition. Another interesting point to note was the vibrations from the drivers could be felt at high volumes on bass intensive tracks such as Elements of Life.

Monster was unable to release any concrete information regarding the price and availability of the Genesis headphones, but we'll update you as soon as we get it.

In a direct nod to how important the gaming segment has become for audio manufacturers, Monster is entering the market with their first gaming headphones in the shape of the MVP Carbon. First announced at CES 2013, they have partnered up with EA and you can find branding from the game developer on the side of the ear-cups. At the same time, the headphone set also sports carbon fiber aesthetics which explains the name. 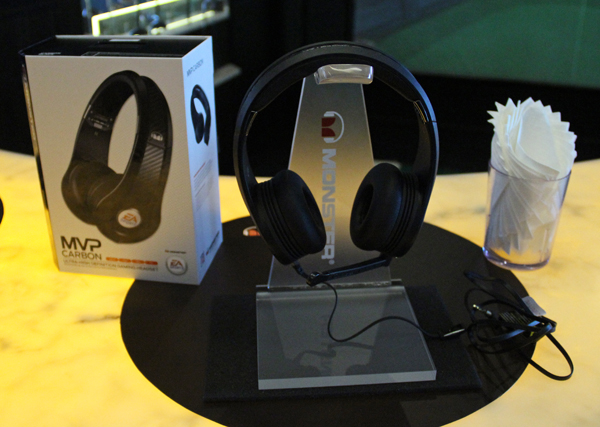 The MVP Carbon is able to deliver 7.1-channel virtual surround sound which Monster has dubbed HDHS (high definition high surround). We tried the headphones out with a survival run on Left 4 Dead. In our opinion, the in-game sounds and audio were not very taxing so it hardly qualifies as a thorough examination - even if it was for our first take. However, the MVP Carbon displayed good directionality although we would like to have the headphones in our lab before we pass a final verdict on it. The MVP Carbon is priced at S$500 and you can find out more about the collaboration and details of the headset in our earlier news piece. 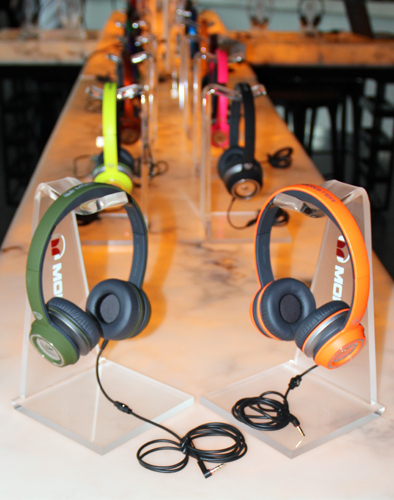