Before AMD’s Radeon HD 6870 and HD 6850’s arrival, the GeForce GTX 460 was the king in US$200 to US$250 price segment. Nothing came close to offering its explosive combination of price and performance.

However, with the introduction of AMD’s Radeon HD 6870 and HD 6850, NVIDIA had to do some price shuffling to stay competitive. As a result, they brought the price of the 1GB GeForce GTX 460 from US$229 to US$199, which is good news for us consumers.

As it is, the GeForce GTX 460 has been out in the market for about 6 months now and there’s no shortage of custom designed editions. We’ve already covered custom version of the GeForce GTX 460 extensively in two roundup articles (part 1, part 2), and we are following up with yet another roundup involving three extreme edition cards from Gigabyte, Sparkle and Zotac. 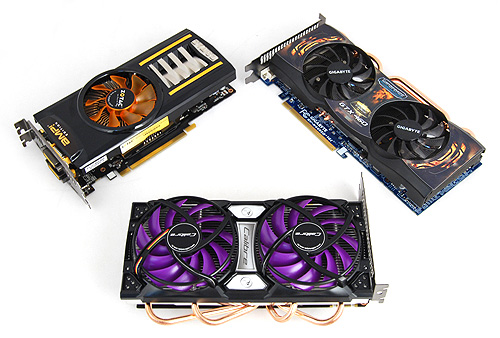