It's going to be a busy day! 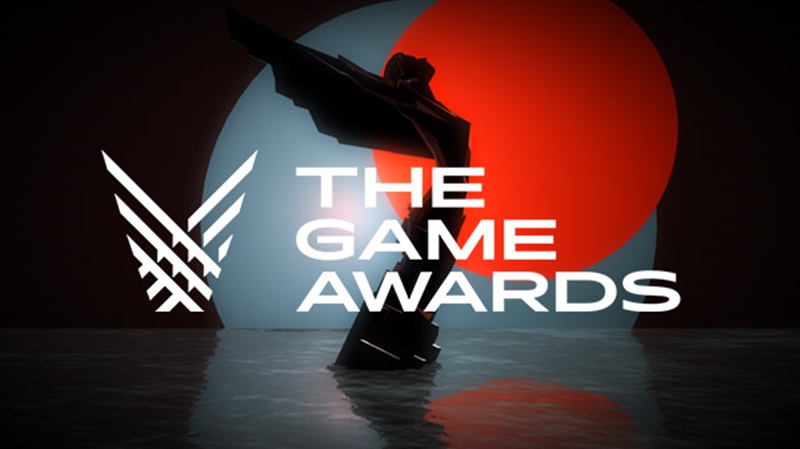 If The Game Awards 2020 was a burger, then this would probably be the juicy patty in between the buns. Having something else to talk about besides nominees and winners makes all the difference in an awards ceremony like this one because a burger without any meat in it would just be called plain old bread after all.

Anyway, we've picked out the hottest developments from this morning's livestream and put it all in one place for your convenience, so take your time to glance through (and prep your wallets for) some of the cool games and updates we'll be getting in future. As for the other aspects of the livestream, such as live performances and the different category winners, do check out our other pieces to see what they're all about.

So, with the administrative stuff out of the way, let's get right into the game reveals and see what's cooking in the gaming industry. Do note that some of these reveals, such as the new Mass Effect game haven't received their official titles yet, and as such, we'll just be using placeholders for the time being.

Well, guys, it looks like this might be the closest we've ever come to getting a Left 4 Dead 3, and it even has a similarly-structured name. But hey, I'll take what I can get. From the team over at Turtle Rock Studios, Back4Blood is a first-person co-op zombie shooter that blends the adrenaline and nostalgic charm of old-school L4D2 sessions with the marvels of modern technology.

Of course, it is a little different from its spiritual predecessor given parasitic worms are the source of the plague rather than a virus, and all things considered, I've only got one thing to say right now: just shut up and take my money already.

Crossovers aren't exactly a new thing in the gaming sphere - titles like Fortnite introduce them pretty often, while Super Smash Bros. Ultimate is literally one giant crossover brawl. But here's one that you probably didn't expect.

Coming from the team over at Striking Distance Studios, who were represented by the one and only Glen Schofield of Dead Space fame, The Callisto Protocol isn't just another alien-centric title in some random universe - it actually takes place in the same universe as PlayerUnknown's Battlegrounds, although we're still not quite sure what implications this has for the narrative. Anyway, it looks good, and will probably scare your socks off if Schofield's reputation is anything to go by. Best to keep the kids away from this one.

Warhammer 40,000 is a series that's very close to my heart - I recall spending many days waging war on the planet Kronus as a kid, and it's no exaggeration to say it helped form the basis of my interest in video gaming alongside Call of Duty: Black Ops. Anyway, while Darktide isn't a new reveal per se, this is the first glimpse we've gotten of the gameplay since it was announced earlier this year.

Apparently, this co-op shooter will see us playing as one of four types of characters from the Imperium of Man: a lasgun-toting Imperial Guard soldier, a brawny Ogryn, a hammer-wielding Inquisitor (or thereabout), and another Guard operative with a chainsword. The gameplay is as gory and satisfying as you might expect - Fatshark is the team behind the fabulous Warhammer: Vermintide games, after all. Go figure.

Here's "working title number one", and it comes from the guys at BioWare. The next instalment in the studio's beloved Dragon Age RPG franchise was heavily teased in the weeks leading up to The Game Awards, although some internal turmoil left some fans a little skeptical about whether we'd actually be seeing something new.

But it seems fortune has smiled on us adventurers, and boy does this new title look awesome. Given the lack of a number, this might even turn out to be a next-gen reboot of the series - who knows? I sure don't.

Developed by Korean studio Pearl Abyss, our first impression of Crimson Desert's gameplay is that it's remarkably brutal. It seems to take some degree of inspiration from both Assassin's Creed and Skyrim, and that's not a bad thing, by any means.

From straight-up cleaving through opponents with axes, to judo-like throws that look like something out of a WWE match, we'll definitely want to keep an eye on this one - the combat looks promising.

Now, you might be shrugging at this one and asking yourself "What's so interesting about Warzone?", and we fully understand. Over the past few months, there hasn't really been much to discuss regarding Activision's attempt at a battle royale title, or part thereof. But this one is a little different - apart from the usual explosions, firefights and Juggernaut spamming, this trailer actually shows off one interesting development with regard to the game's lore.

Who is this one-eyed man at the end, and what's his history with Russell Adler?

If you watched the trailer and got Fast and Furious vibes just because you saw Vin Diesel's rugged mug, don't worry - we pretty much had the same train of thought when it premiered this morning. ARK Two seems to be a direct sequel to its predecessor ARK: Survival Evolved, and it features the famously bald actor in the lead role. However, the motion capture does feel a little bricky and stilted at this point, so we're kind of on the fence about this one.

Speaking of actors, there's also a new ARK animated series in the works. You can check out both trailers above.

Blending Elite Dangerous' trademark cockpit battles with intense tactical combat on foot, Odyssey is quite an interesting "extension" of sorts on the series' space-based formula. Not that we're complaining, it's nice to do something different every once in a while. Nevertheless, let's hope the game turns out as good as it looks in the trailer!

Here's something for the retro fans, and I'm going to hazard a guess that the original game is older than I am. This remastered version of one of CAPCOM's beloved classics is coming to the Switch, and should take fans and arcade nuts for a spin around Nostalgia Avenue. The bumbling knight Arthur is driving this "car", of course, and we wouldn't have it any other way.

Ladies and gentlemen, this is your captain speaking. If there's one thing I could suggest to make Microsoft Flight Sim even better, it's to be able to play it on a next-gen console. More planes mean more journeys, after all, and more journeys mean more random trips flying over your real-life house - oh, we know what you've been up to. Anyway, the acclaimed sim title will be getting a port to Xbox Series X and Series S in Summer 2021, so buckle up and prepare for takeoff.

This narrative-centric title based on Riot Games' League of Legends isn't something we've seen for the first time. However, the gameplay footage is new - Ruined King seems to be a turn-based RPG (a la Final Fantasy) that follows six of Runeterra's champions, namely Miss Fortune, Illaoi, Braum, Pyke, Yasuo, and Ahri as they journey to take down the mysterious Ruined King. Looks good, and probably plays even better!

"The Next Mass Effect"

Hang on, is that Dr. Liara T'Soni I see wandering around that frozen wasteland? And is that an N7 logo concealed under the snow? Alright, that's it - we know what we all saw, people. It's here...the next Mass Effect game is finally being worked on, and as long as it's better than the train wreck that was Mass Effect: Andromeda, I'm sold.