Untethering from the Power Cord and the Qi Standard

Freescale, a major provider of embedded processing solutions such a microprocessors, controllers, sensors and other ICs for the automotive, consumer, industrial and networking markets was in Computex to demo their wireless charging reference solutions that are in development with their partners.

A major member and proponent of the Wireless Power Consortium (consisting of over 100 companies), Freescale is heavily involved in the design of the transmitter and receiver units for magnetic induction - the underlying technology to enable wireless charging.

While there are more than a handful of brands that are already offering power mat charging with the corresponding jackets to your mobile devices, these are proprietary solutions and only work with a particular device or application (even though they too are based on magnetic induction).

The Wireless Power Consortium on the other hand is promoting a standard called "Qi" and their logo on respective devices signify interoperability of Qi based transmitters (on the charging base) and Qi based receivers (on the mobile device).

Adoption of such a standard will greatly increase wireless charging possibilities on a variety of mobile devices such as phones, tablets, notebooks for a start and more in the future. Being able to cut the cord and getting rid of those nasty proprietary charging bricks brings about an immense improvement in freedom and reducing waste from unused old chargers. 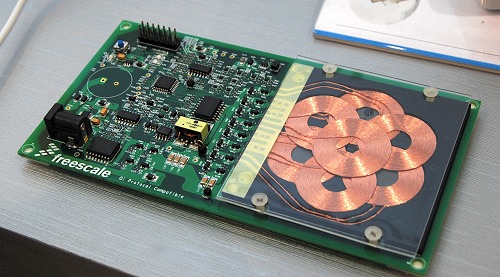 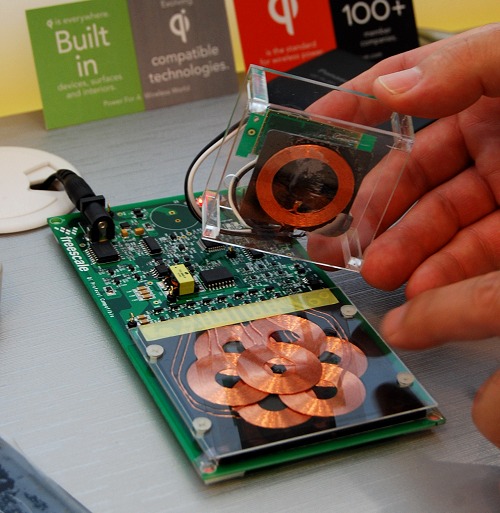 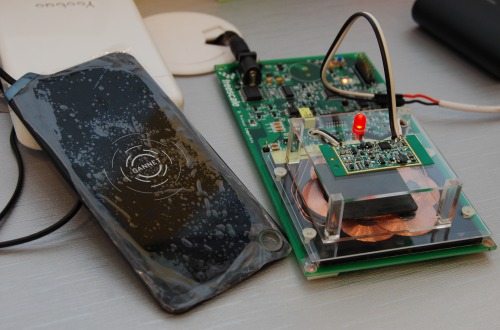 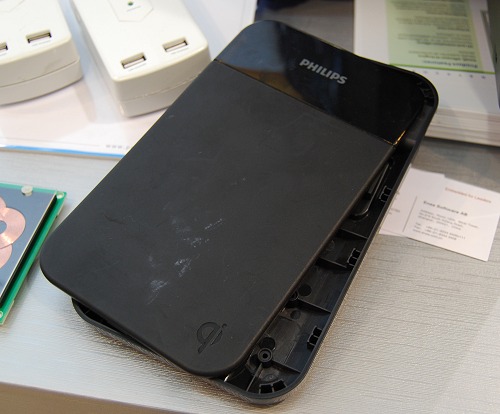 With growing power requirements of our ever increasing reliance of mobile equipment, when wireless charging becomes well entrenched in the industry, it could definitely ease the battery makers’ woes in creating ever higher density power packs. The goal is to have charging stations embedded everywhere to the point that charging your devices becomes a seamless action. Your work and home desks, dining tables, restaurants, airplane seats and many other locations can have charging stations embedded and you only need to place the device to invoke charging. With ubiquitous wireless charging capabilities, you don’t need large battery packs in your devices and as a result, mobile devices can be even slimmer than they are now.

So whichever way you look at it, wireless charging seems to be a necessary enhancement to our future lifestyle. We’ve already seen demos in CES 2012 on wireless electric vehicle charging, so Freescale’s demos only further reinforce the direction and vision of the industry to untether ourselves from the grid and reach the next level of freedom.

To make this vision possible, the first step in which the industry as a whole should partake is to support a reference standard for deployment. In this case the Wireless Power Consortium is moving for the Qi standard that they’ve established and hopes more vendors would join in spur the industry forward. The second step is in rolling out devices that will act as the wireless power charging transmitter pad and adapters that would convert existing devices for wireless charging capabilities (the receivers). Also shown at Freescale’s booth are partner vendors’ products that fit the requirements of this secondary stage:- 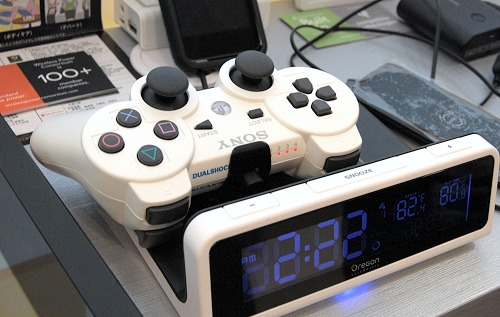 The third stage is when the wireless charging receivers are embedded with the mobile products’ design, thus eliminating the adapters and jackets seen today. This will take a while to establish since it requires the majority of the electrical and tech industry partners to agree on a standard before manufacturers take the plunge to the integration stage. But when that happens, that’s a sure sign that wireless charging has taken off in a big way and paving the way of future product designs, as well as how homes and offices alike will be designed to factor in ubiquitous wireless charging needs.