The future according to Qualcomm: 3 technologies for faster and more seamless connectivity

What else is Qualcomm working on? 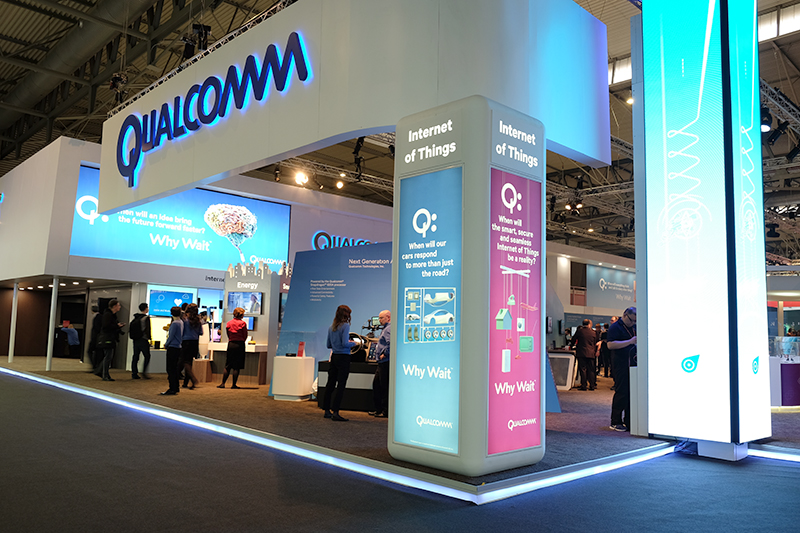 What else is Qualcomm cooking these days?

It’s become almost like clockwork. Every year around end February, hordes of journalists descend on Barcelona for the annual Mobile World Congress (MWC). Needless to say, the vast majority of us are there for the most hotly anticipated releases from major players like Samsung and LG. With trembling hands, bated breath, and a maniacal glint in our eye, we just cannot wait to get our so-called expert hands on the latest razor-thin handset that is - cue drum roll - even faster than last year’s model.

But jokes aside, there’s a lot going on at MWC other than the launch of the latest Samsung Galaxy S7 phones and the frequent appearances of Qualcomm's Snapdragon 820 SoC. The mobile world is all about connectivity. The whole point of faster and more capable devices is so that they can do more and plug us into the grid even more quickly. And considering that 4G networks began rolling out around six years ago, everyone is now clamoring for the next-generation, low-latency network that will propel us into the range of Gigabit-class speeds.

Furthermore, the prospect of 1Gbps speeds isn’t even some far off possibility. In the week leading up to MWC, Qualcomm announced the Snapdragon X16 modem, a Category 16, 4x4 MIMO modem that can hit up to 1Gbps download speeds (assuming the infrastructure supports it). And given the growing focus - for better or worse - on virtual reality, 4K content, and the Internet of Things (IoT), the impetus to develop and implement technologies that will enable faster wireless connections and support multiple connected devices is stronger than ever.

At MWC 2016, we got the chance to peek at some of the projects that are still in Qualcomm’s R&D pipeline. In a nutshell, if these technologies are implemented commercially, we’ll be saying hello to higher and more consistent wireless speeds and opening the door to new applications for IoT devices.