Today, Fujitsu launched a huge array of notebooks that cover the consumer as well as enterprise sectors. There are a few 15.6-inch multimedia notebooks, some business oriented thin-and-light notebooks, as well as two Ultrabooks (of course). These made-in-Japan notebooks are also products of Fujitsu’s new design philosophy, called the Takumi Philosophy -- which promises to focus on quality with beautiful but minimalistic form. 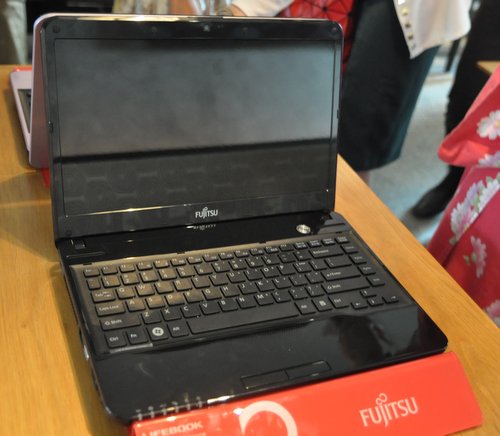 First off, the LH532 (2.1kg) is an Asia Pacific exclusive. This 14-inch notebook has the full suite of features which you’d expect a multimedia workhorse to have. The third generation i5 (3210M, 2.5GHz) toting notebook also has discrete graphics (NVIDIA GeForce GT620M) that won’t exactly crunch through graphical data, but is adequate enough for most entertainment purposes. It comes in 4 colors, (glossy and matte black, red and lavender) to match your tastes. The only real issue we have here is that the screen resolution is 1366 x 768 pixels -- something which we’d expect to see ages ago, and not in 2012. 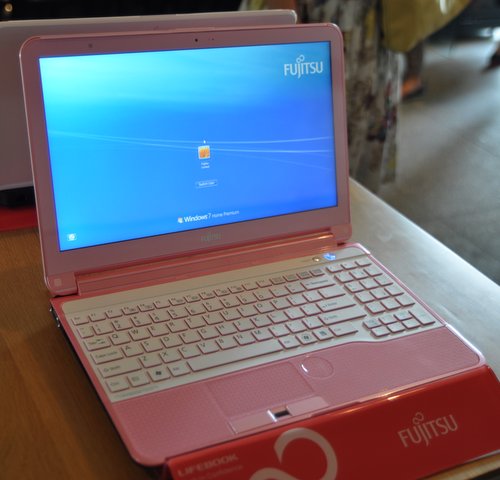 Another 14-inch notebook from Fujitsu, the 2.18kg LH772 is quite similar to the LH532 except it’s targeted at the consumer who likes their notebooks to be of a better hardware caliber. Like the LH532, the LH772 also sports a 14-inch screen, but it’s got a quad-core Core i7 (3612QM, 2.1GHz) processor, as well as a more powerful NVIDIA Geforce GT640M LE graphics module, and 8GB of RAM. With graphics power like this, you can very likely indulge in some of the latest games in the market, albeit at modest settings. The LH772 also comes in a variety of colors like black, white and pink. Again we have the same issue with the LH772, which is the lackluster screen resolution of 1366 x 768 pixels. 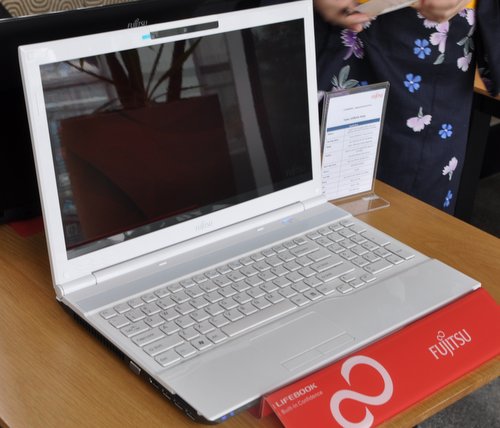 The Fujitsu Lifebook AH532 is a 2.4kg 15.6-inch notebook which is very similar to the two previous 14-inch multimedia notebooks in terms of positioning - which is aimed at the casual consumer. It comes in only black or white, and it’s got a dual-core Core i7 (3520M, 2.9GHz) processor, as well as an NVIDIA Geforce GT620M, 8GB of RAM and 750GB of storage. Performance-wise, we expect it to be very similar to the previous two machines, except this time it’s got a larger 15.6-inch screen, though screen resolution remains at 1366 x 768 pixels.

Lower down the pecking order, we have the AH552, a 2.2kg 15.6-inch notebook. This machine sports a weaker Core i5 (3210M, 2.5GHz) processor and only 4GB of RAM. This notebook is quite similar to the AH532 in terms of looks, ports, and components. In addition to packing less amount of RAM, another difference is that it only utilizes the Intel HD 4000 onboard graphics. 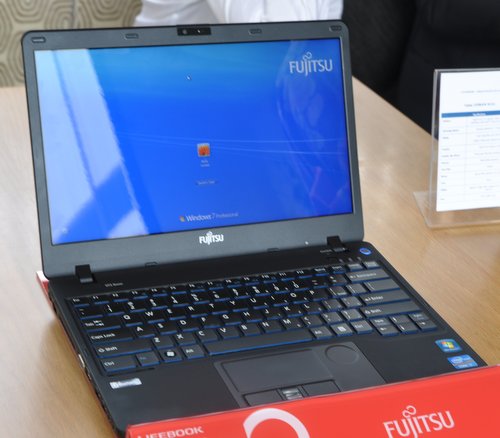 The 13.3-inch Fujitsu Lifebook SH772 is an Ivy Bridge update to last year’s very impressive SH771 which we reviewed. This year’s SH772 is largely the same in terms of looks and ports, and it still uses the onboard graphics, which in this case is the Intel HD 4000, found on its full-powered Core i7 (3520M, 2.9GHz) mobile processor. Like last year’s SH771, the SH772 is able to have its optical drive removed, which then pushes its weight down to a very impressive 1.2kg. It has 8GB of RAM that comes as standard, and users have the option of choosing either the 750GB HDD, or top-up a bit more for an SSD.

And because Fujitsu found that the SH772 was extremely popular with local Polytechnic students, they also launched the SH572. This notebook is very similar to the SH772, except it's made with plastic instead of the more robust aluminum or magnesium alloy. This makes the SH572 thicker and heavier than the SH772, but also much more affordable, which could help it become a huge hit with students once again. 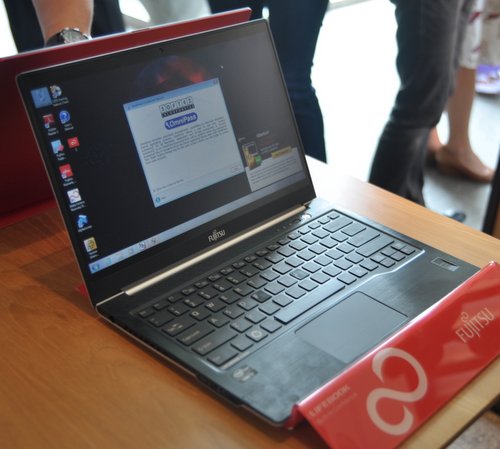 Finally, we have Fujitsu’s latest Ultrabooks, the U772 and the U572. Both machines are pretty similar in concept, but each one targets vastly different types of consumers. The U772 is aimed squarely at the affluent with deeper pockets, or those in the enterprise environment. It’s made of more premium materials (aluminum and magnesiuim alloy), weighs a lighter 1.45kg, and measures only 15.6mm thick. The main advantage it has over its less premium brethren, is that it’s filled to the brim with security features, ranging from the vPro processor, BIOS lock, to a Trusted Module Platform (TPM) chip. The U772 also comes with a 128GB SSD for faster performance. It still has a (low) 1366 x 768 resolution screen, which measures 14 inches, but is able to fit into the body of a typical 13-inch notebook with the help of its very tiny bezel. 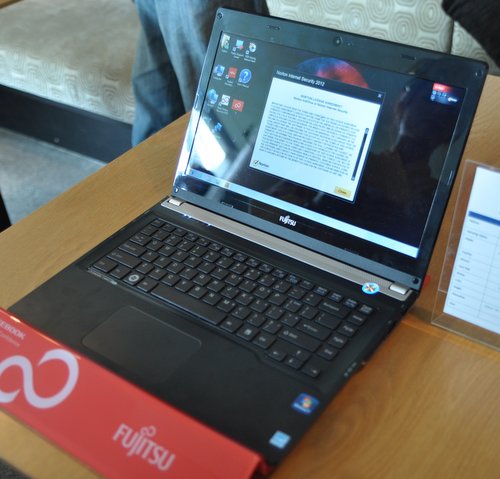 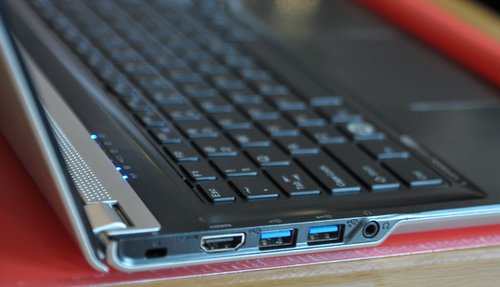 The 13.3-inch U572 we mentioned earlier, is an Ultrabook that is targeted at the casual consumer. It has no enterprise security features, and comes with a large capacity 500GB hybrid (with 32GB SSD) drive. This notebook is slightly heavier (1.6kg) - but like the U772, it has a wide array of ports.

If you're as impressed as we are with Fujitsu's new notebooks, you can expect to find them via Fujitsu's distributors throughout the island by the 8th of June. What that means is that they will also make an appearance at this year's PC Show which starts in two days' time.