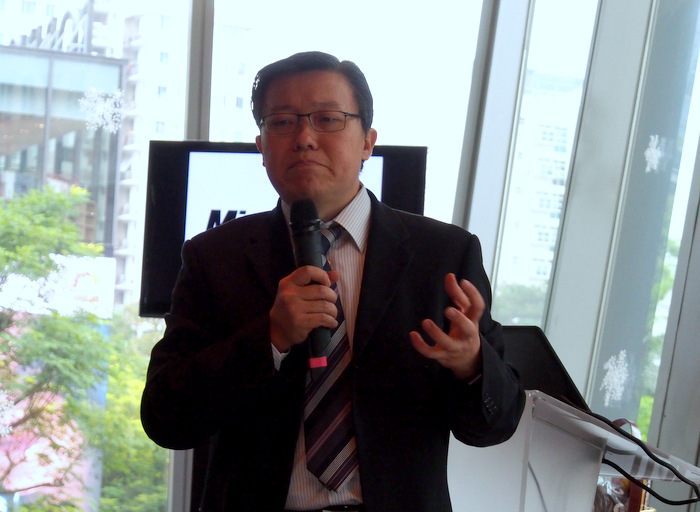 Fujitsu has recently revealed their new portfolio of products for 2014, all of which are touch-enabled machines that run Windows 8.1 Pro. Since these notebooks are aimed at the enterprise market, they also come with a full suite of security features, as well as long battery life. To further stress on their design and production based in their homeland, Fujitsu reiterated that all of the devices revealed today are made in in Japan. 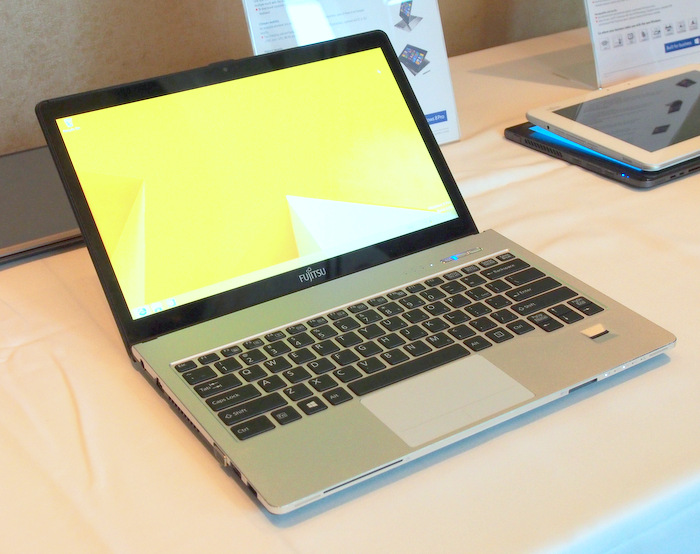 Fujitsu's key product at the launched was the 13.3-inch, Lifebook S904, a very light notebook at 1.13kg with 3-cell battery (and weight saver module). Unfortunately, despite the machine's light weight, it measures 26.5mm thick, hence it doesn't quality for an Ultrabook badge. Intel has a requirement that notebooks of this form factor have to be less than 20mm in thickness.

Like previous generations of flagship Fujitsu notebooks, the S904 is designed to have a modular bay concept. Users are able to switch the optical drive out for an extra battery, or a weight saver module to reduce the machine's weight. These options are part of the reason why the notebook isn't as slim as we would like it to have been to qualify as an Ultrabook, but that's a design choice to benefit the business users with a degree of flexibility.

When it's fully equipped with the 6-cell battery module and its 6-cell main battery, the S904 still weighs a shade under 1.5kg. This versatility gives users the option of extending the machine's battery life to about 32 hours!

As for storage, there are options for an SSHD (up to 500GB with 8GB SSD cache), SSD (up to 512GB) or regular mechanical HDD (up to 1TB). Security features include a smartcard reader, an encrypted hard drive (optional), and Computrace (optional).

It will also come with an RJ45 LAN and VGA port in addition to its more modern set of connectivity options like a HDMI port, three USB 3.0 ports, a SIM card slot for cellular data connectivity and a audio combo jack.

Even though the Lifebook S904 is made for business and enterprise users, we're impressed that it comes with a capable high resolution screen to rival most premium consumer notebooks. The Fujitsu Lifebook S904 will come with a 350 NITS WQHD IGZO display that has a resolution of 2560 x 1440 pixels.

The Fujitsu Lifebook S904 is available now, while retail prices start from S$2988 for the model with an Intel Core i7-4500U processor. 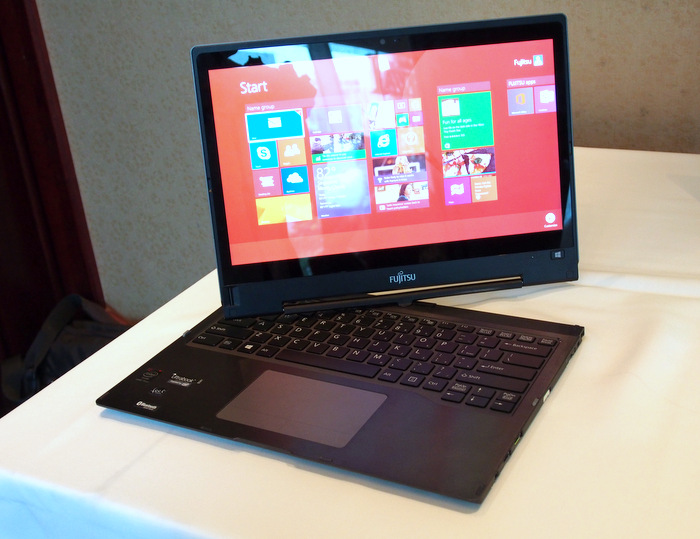 The 13.3-inch Fujitsu Lifebook T904 is an enterprise notebook with same security features as the S904, but it has a slightly different trick up its sleeve. Instead of a modular bay, It has the familiar swivel head (seen on most convertible Fujitsu notebooks) that lets it convert into a tablet.

In tablet mode, users will also be able to use the included digitizer (powered by Wacom technology) to draw or write as they please on the machine's WQHD (2560 x 1440 pixels) IPS display.

Take note that the Core i7 models will come with 8GB of RAM, while the Core i5 models will only come with 4GB, though these numbers can be customized as well. As for storage, interested users will be able to choose from either a 128GB SSD or 256GB SSD.

The Fujitsu Lifebook T904 will available in the first quarter of 2014, but unfortunately its prices have not been confirmed. Stay tuned for a future news update from us. 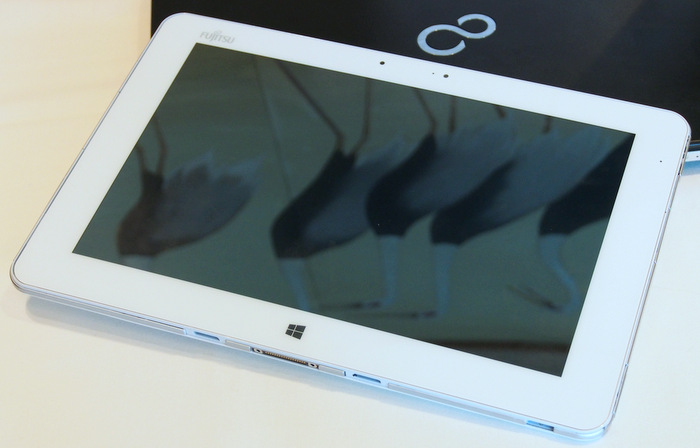 Besides the new notebooks, Fujitsu also revealed two fairly interesting tablets. Both of these tablets are running Windows 81. Pro, and are fully-touch enabled. They also come with fairly robust enterprise-level security features (TPM chip, fingerprint reader, etc.) that are necessary for business environments.

However, the star highlight of these tablets are that they're waterproof. Note that we mentioned "waterproof" instead of the usual "water-resistant". These tablets are certified (IPX5/7/8) to be able to handle being underwater, a feat which few tablets can imitate. Taking the harshest rating, IPX8, this designation states that the tablet can function normally even after being immersed in water (at room temperature) to a depth of 1.5m  for 30 minutes. Further to that, both tablets are IP5X certified, meaning they are dust resistant as well. 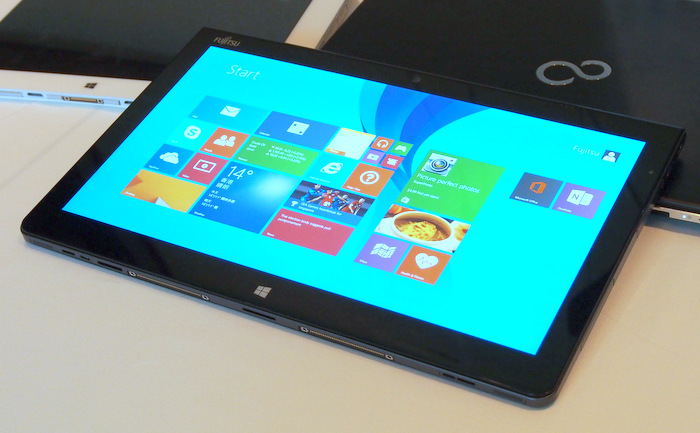 Another fact that Fujitsu mentioned, is that these tablets are alcohol proof. Not that they won't get drunk, but that users can douse the tablets with alcohol or bleach to get rid of bacteria or viruses. This feature is essential for users who work in clean-rooms as well as other sterile environments.

Both machines will also come bundled with digitizers powered by Wacom technology.

The tablets will be available in the first quarter of 2014, but Fujitsu has yet to announce their prices. Stay tuned to future news updates from HardwareZone on actual availability dates and prices.