At the studio of Singapore-based photographer and small business owner, Ms. Zurina Bryant, Fuji Xerox today announced five new S-LED and laser monochrome single function and multifunction printers targeting both home/SOHO and SMB users. As shared by Ms. Jolene Yeo, Marketing Manager of Fuji Xerox Printer Channel, monochrome models still make up the majority of the laser printer market (85% of a 215,000-unit market size, according to an IDC forecast) in Singapore. However, the split between multifunction and single function printers is still pretty even at the moment (51% vs. 49%). The new printers launched today consist of three single function and two multifunction models, with prices that start as low as S$199.

The 255 series consists of the S-LED-based DocuPrint P255 dw and M255 z. They’re designed for personal use, as well as small workgroups. Both printers print up to 30ppm (pages per minute), has up to 1,200 x 1,200 dpi print resolution, and come with both Ethernet and wireless (802.11b/g) connectivity. Automatic two-sided printing (duplex) also comes as standard on both models. The input tray sits 250 sheets of paper, but there’s no option to add an additional tray. The drum is also fixed, so only the toner cartridge needs replacing. Both printers are PostScript 3 compatible, and support PCL5e and PCL6. 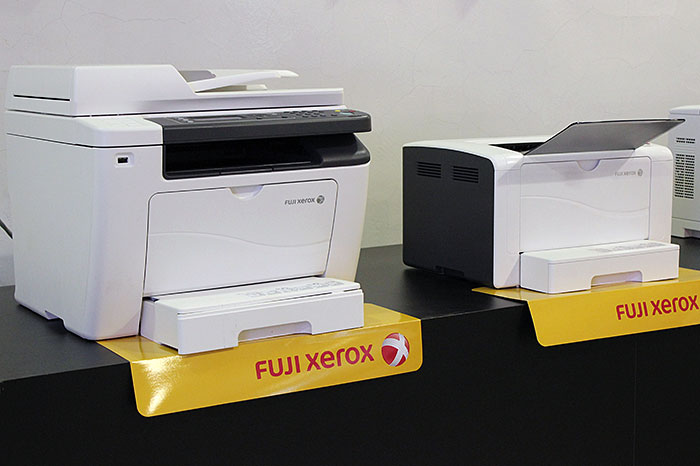 There are however some differences between the two. The M255 z is a multifunction device, so besides print, it also does copy, scan, and fax. It also has more memory (256MB vs. 128MB) and a 50-sheet ADF (automatic document feeder). In addition, it comes with DocuWorks 7.3 document handling software, where you can archive, search, edit, share, and secure digital documents in a variety of formats.

Here's a quick summary of how the two printers in the 255 series stack up against each other:

The 355 series consists of the DocuPrint P355 db, P355 d, and M355 df laser printers. They’re designed with small to medium-sized workgroups in mind. Similarities between the three include up to 35ppm print speed, automatic duplex printing, and up to 1,200 x 1,200 dpi print resolution. They also come with a 250-sheet paper input tray, with an option to add another 250-sheet tray. Memory and processor-wise, all three sport 256MB of RAM and a 533MHz processor. Should the need arise, you can increase the memory up to 768MB. 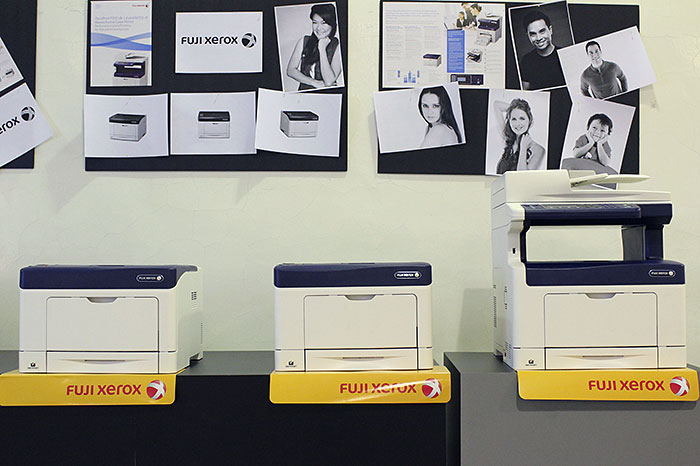 Despite its target segment, the P355 db only comes with USB 2.0 connectivity; both the P355 d and M355 df come with additional gigabit Ethernet support. However, wireless connectivity for both printers is only available as an option, though it supports up to the 802.11n standard.

The M355 df is also a multifunction device, thus it can also double up as a standalone copier, scanner, and fax machine. Impressively, it has a 50-sheet duplex ADF (DADF), so it’s able to provide fast scanning, copying, and faxing of two-sided multi-page jobs as well.

Both the P355 d and M355 df feature data encryption technology to protect data sent over the network. The latter also features Secure Print and Secure Fax functions that lock a job down until a pin number is entered at the control panel. Like the M255 z, the M355 df comes with DocuWorks 7.3.

Here's a quick summary of how the three printers in the 355 series stack up against one another: 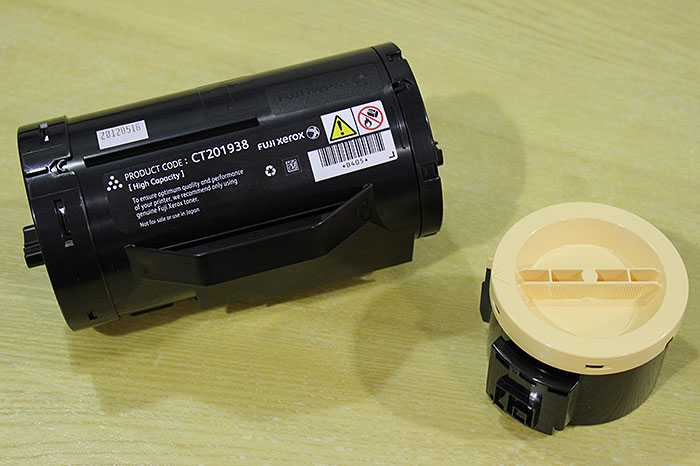