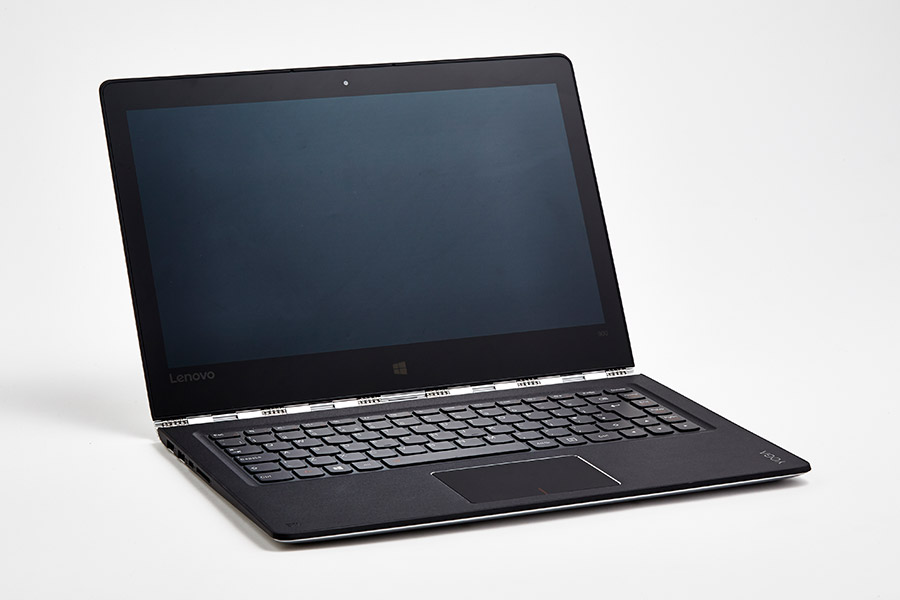 As the successor to the Lenovo Yoga 3 Pro, the Yoga 900 retains many elements of its predecessor while also improving on its flaws. Both notebooks look very similar, and you’ll have to look closer to tease out the differences.

To start off, the signature watchband hinge has been upgraded to fix the display flexing issues on the Yoga 3 Pro. When flipped over to be used in tablet mode, the Yoga 3 Pro’s display would flex in the area close to the edges of the hinge. Other than creating a less-than stellar user experience, the flexing and bending of the display resulted in some screen discoloration as well. While there is still some flexing - albeit to a slightly lesser extent on the Yoga 900 - we no longer noticed any discoloration, which is quite an important improvement over its forebear. 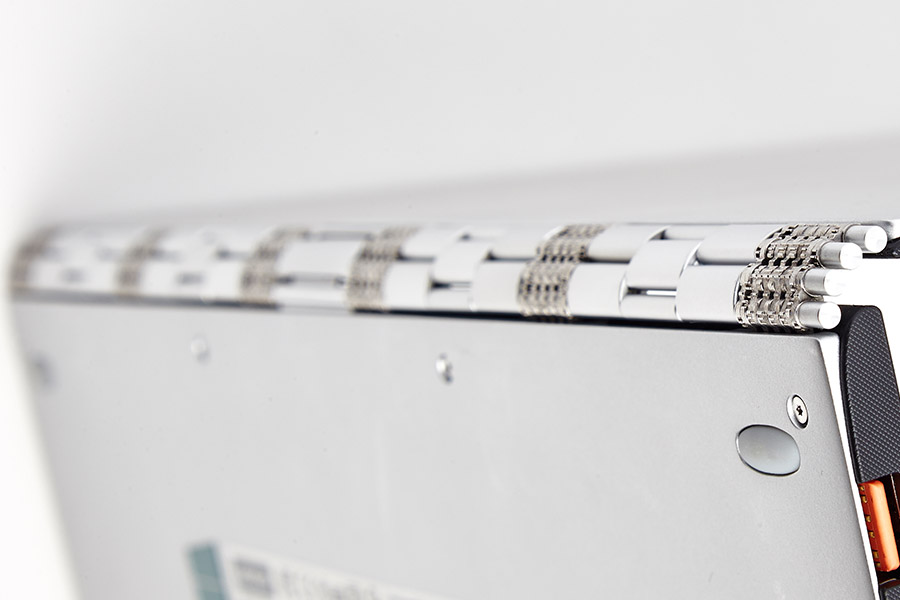 Lenovo also told us that the new watchband hinge actually comprises of 813 individual parts, certainly not something you’d be able to tell from just glancing at the hinge. In order to fix the issues with the old design, the company narrowed the gaps between the moving parts of the hinge, which it says helps the hinge open and close more smoothly. On top of that, Lenovo also implemented something that it has dubbed “Auto Lock” hinge technology, which aids the opening and closing mechanism. On the Yoga 3 Pro, you’d have to manually move the hinge through the full range of motion in order to get it shut, but on the Yoga 900, the hinge will automatically snap shut as the display angles toward the palm rest.

We’re actually not too sure how useful this is. After spending some time opening and closing both the Yoga 3 Pro and Yoga 900, we couldn’t say for sure that the Yoga 900’s hinge was significantly smoother or easier to use. We noticed the Auto Lock mechanism at work, but we didn’t feel that it was that much of a help to us. And even if the new hinge was indeed a bit smoother, it’s not something that you would notice right away. For better or worse, the key contribution of the upgraded watchband hinge is still its role in mitigating the problem with screen flexing and discoloration.

The 3,200 x 1,800-pixel IPS display is on par with the other ultrabooks, and pictures appeared crisp and vibrant. And as expected of a convertible, the display is also touch-capable, which has the added bonus of allowing you to more easily scroll through web pages even while using the device in laptop mode. But like the majority of the other tested ultrabooks, the display was the glossy sort as well, which means that it’s a magnet for annoying overhead reflections. One solution is to increase the screen’s brightness, which should help reduce reflections somewhat. This is also a touchscreen device, so you’ll want to keep a microfiber cloth on hand to wipe away pesky fingerprint marks.

The chiclet keyboard has also been updated over the Yoga 3 Pro to feature an additional row of function keys, adding some much-needed quick access keys like brightness and volume controls. The Yoga 3 Pro’s keyboard was also surrounded with vast expanses of unutilized space, and the addition of the function keys on the Yoga 900 makes use of that space much more effectively. 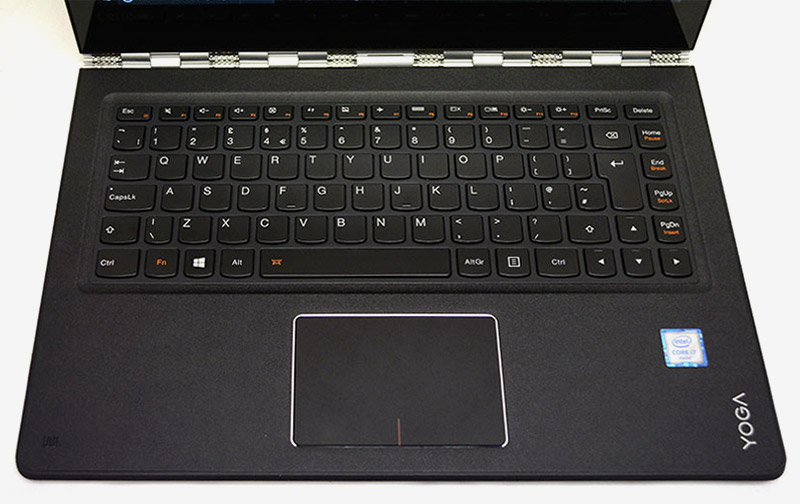 We also like the new smooth faux leather palm rest covering. This looks far better than the dotted grid pattern on the Yoga 3 Pro and compares favorably against our other tested ultrabooks. Still, we have some grouses about the keyboard design. For one, the Enter key was tall but not long enough, making it difficult to reach over and hit it while typing. Similarly, the Backspace key was barely wider than a regular letter key, which also took some getting used to. Honestly, we felt that these two frequently-used keys could have been better shaped and positioned.

In addition, the Yoga 900 does not have any dedicated display outputs, much like the Dell XPS 13. However, the XPS 13 supports DisplayPort and HDMI outputs via its Thunderbolt 3 port, but the Yoga 900’s USB Type-C port (it replaces the micro-HDMI port on the Yoga 3 Pro) does not support Thunderbolt 3 and is just a regular USB 3.0 port. Nevertheless, you can still output over HDMI or DisplayPort via its Type-C port, but you’ll need a separate adapter (not included). This probably isn’t going to be a big deal for most users, but if you frequently connect your notebook to external displays, do take note of this.

There are a total of two USB 3.0 Type-A ports, in addition to a third USB 2.0 port. The latter also doubles as a charging port for the Yoga 900, courtesy of Lenovo’s proprietary charging connector. The power button is located on the right edge, alongside a tiny recessed button that launches Lenovo’s OneKey Recovery software and a dedicated button to toggle the rotation lock on and off. The rotation lock button definitely comes in handy – for instance, you can easily lock it in portrait mode, thus eliminating the annoyance of having it inadvertently flip into landscape mode while you are reading.