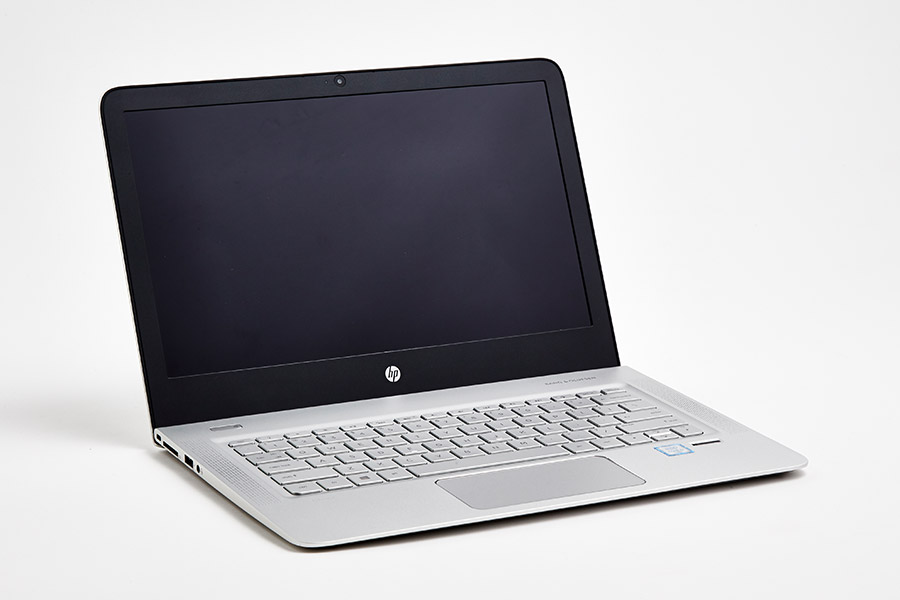 Right off the bat, the HP Envy 13 stands out because of the great value it offers. For S$1,699, you get most of the essential features offered by the other ultrabooks that costs close to or more than S$2,000, like the same Intel Core i7-6500U processor (2.5GHz, 4MB cache), 8GB of RAM, and a 256GB SSD. The non-touchscreen IPS display itself also boasts the same 3,200 x 1,800-pixel resolution as the others, so you’re really getting a very similar experience overall, at least in terms of performance.

However, when set beside an ultrabook like the Dell XPS 13, the Envy 13 clearly packs a lot less oomph. The minimalistic aluminum and magnesium body could almost be called plain, especially when compared to the XPS 13’s stunning edge-to-edge display, and the thick, black bezel that surrounds the display could really have been thinner. Still, it is by no means unattractive, and we can seriously see it appealing to consumers, but it isn’t calculated to hold the gaze quite like the XPS 13.

Still, it does have a few things going for it. For instance, it is the thinnest notebook of the lot at just 12.9mm thick. At 1.27kg, it is also the lightest, and its slim profile and light weight mean that you’ll be able to slip it more easily amongst your files and papers. In addition, its build quality feels rather solid, and a closer examination reveals a very well-constructed machine that should serve you quite faithfully.

It also features a unique lift hinge design that effectively elevates the keyboard when the lid is open. This provides a more comfortable angle for typing, and may even improve cooling slightly as it creates more breathing room for the exhaust vents. We feel that small features like this really show HP’s attention to detail in creating a notebook that will offer the best value to customers, while still remaining competitive in the performance department. 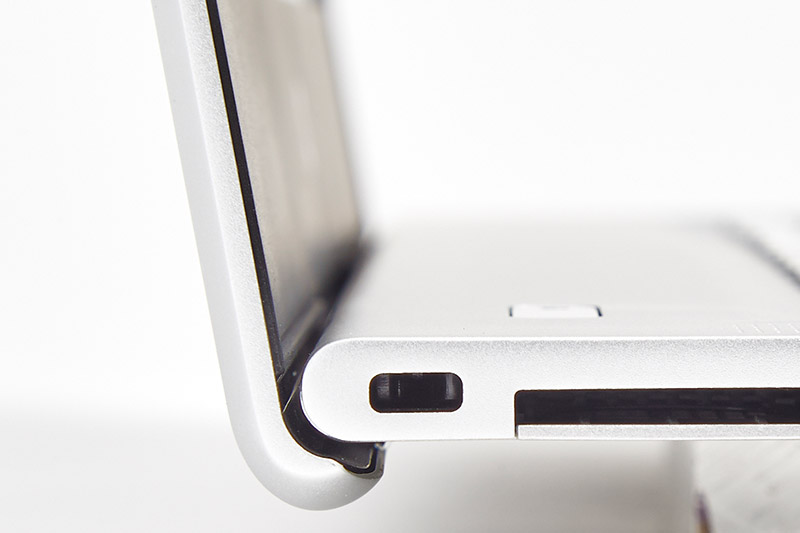 The chiclet, backlit keyboard is flanked on both sides by Bang & Olufsen speakers, which are actually quite decent, as far as notebook speakers go. They were quite loud and sounded reasonably clear - which may be due in part to how large they are - so you should get a passable experience when watching movies. And as on the Dell XPS 13, we were happy to see that there are media key shortcuts for navigating your music and video playlists here as well. A fingerprint reader occupies the right side of the palm rest, that frankly, looks a bit dated and out of place in an otherwise clean design. Don’t expect any fancy Touch ID-esque mechanisms on it - this is still of the swipe-to-register variety. In all fairness, it does its job well and we were able to set up our fingerprints in Windows Hello in good time. 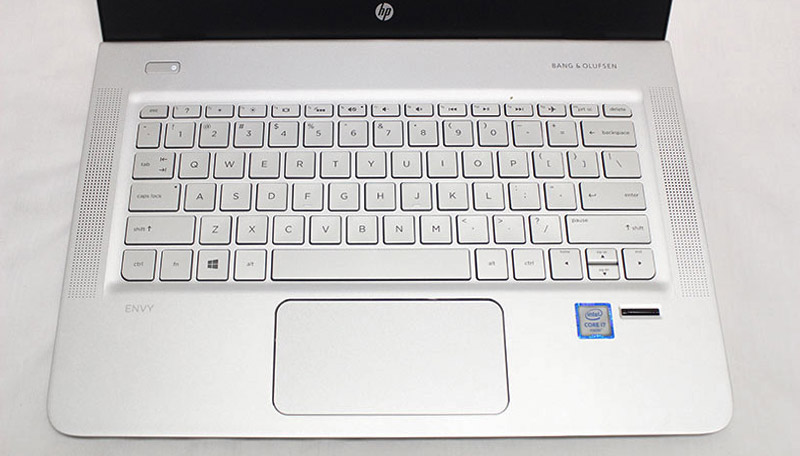 But you’re probably wondering what else it’s lacking compared to its more pricey counterparts. Honestly, nothing too consequential really. For instance, it is missing a USB Type-C Thunderbolt 3 port that can support both HDMI and DisplayPort outputs, so no new blazing-fast, next-generation ports on this one. However, it does have a full-sized HDMI port to make up for that, which means infinitely less trouble in finding the right cable to use. Its right edge also houses two USB 3.0 ports and a power status LED indicator. On the other side, we have a Kensington lock slot, an SD card reader, another USB 3.0 port, and a headphone jack.

Furthermore, it comes with a 45Wh Li-ion battery pack, the smallest of the lot. We’re guessing that HP downsized the battery in order to make the notebook as thin as it is, but as we’ll see later in our battery life benchmarks, it didn’t fall behind that terribly.