The whole is greater than the sum of the parts 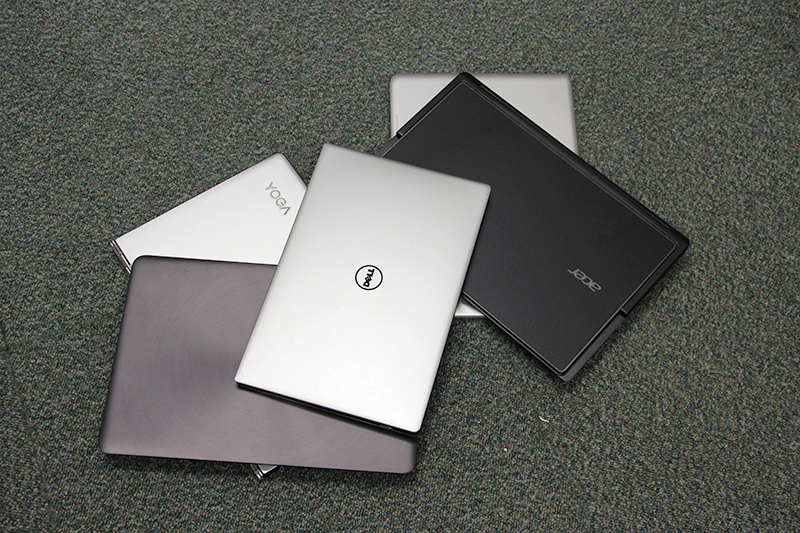 It was actually quite difficult to tease out a winner among all these ultrabooks, especially considering that they all share remarkably similar specifications, down to their processors, memory capacities, and screen resolutions. As a result, it really came down to subtle things like design and implementation, where we prioritized portability above all else. After all, if you’re in the market for a 13.3-inch ultrabook, you’re going to care about mobility more than blazing-fast performance. Furthermore, given their similar specifications, the performance differences across the ultrabooks were minuscule at best, and certainly not something that will be noticed in regular day-to-day usage.

Then there are other considerations like whether or not the ultrabook features a 2-in-1 design, whether it has a touchscreen display, and how easily it can be operated in tablet mode. Ultimately, we asked ourselves this one question: Which ultrabook would we be most likely to use as our daily machine? It was a confluence of multiple factors that helped us arrive at our conclusion - each ultrabook must be evaluated as more than just a sum of its parts, taking into account things like how well-thought out the design was, portability, and sheer value-for-money.

As it turns out, a good design trumps all else at the end of the day. And because our test ultrabooks are so similarly specced, you’d be hard-pressed to notice any actual performance differences in real-world use. As a result, considerations like design, the overall feature set, and mobility rise to the forefront. Even though the Dell XPS 13 is among the most expensive ultrabooks we tested at S$2,299, its excellent mobility and stunning edge-to-edge display help it edge ahead of its cheaper rivals. It features the same 13.3-inch 3,200 x 1,800-pixel display as the other ultrabooks, but in the body of an 11-inch notebook, effectively making it the smallest notebook of the lot. When combined with its light weight, slim tapered profile, and good battery life, it gains huge points in the design and mobility departments. The fact that it is also equipped with premium features like a touchscreen display and USB Type-C Thunderbolt 3 port is just icing on the cake. It's all these combined that earned the Dell XPS 13 our Best Ultrabook award in our recently concluded Tech Awards. 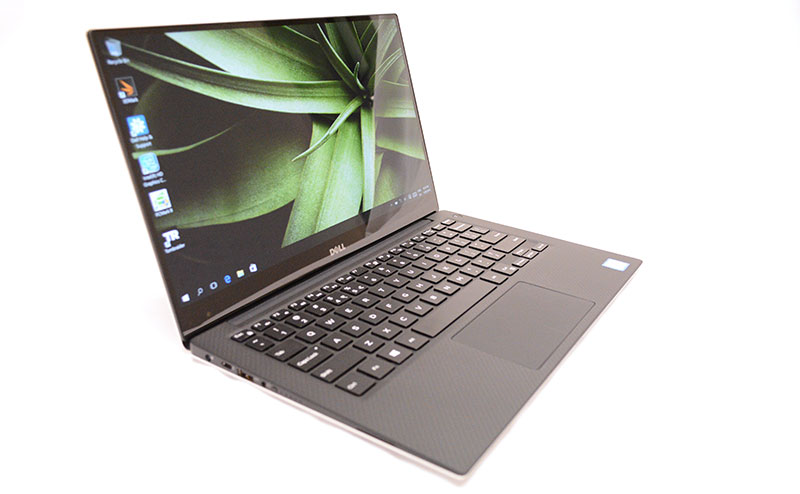 But when it comes to picking the most worthwhile proposition, the new HP Envy 13 takes the cake. At S$1,699, the HP Envy 13 offers the best bang for the buck with specifications which rival competitors that cost over S$2,000. It features an Intel Core i7-6500U processor, 8GB of DDR3 RAM, and a 256GB SD, offering performance that goes neck-and-neck with similarly equipped, but pricier, competitors. Furthermore, its design, while plain, is exceedingly well-constructed. It may lack certain luxury features like a touchscreen display and Thunderbolt 3 port, but HP has checked all the right boxes when it comes to including key features that users will get the most utility from. 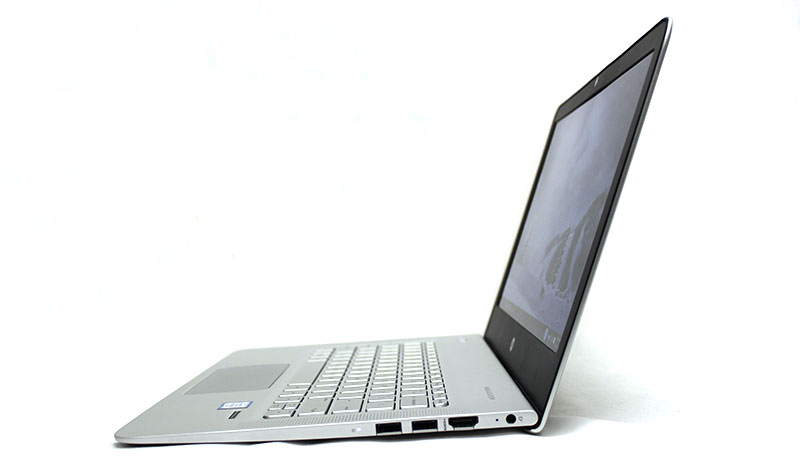 On the other hand, the Acer Aspire R13 could actually be considered the top performing notebook of the lot, going by the raw benchmark scores. However, it’s unlikely that users will be able to notice a difference in day-to-day use, which was why this didn’t help it score any major points. The Aspire R13 is one of two convertibles that we considered, and its hinge design works quite well in switching from PC to tablet mode and back. It is also quite versatile as it can be used in variety of different positions to suit various situations, and comes with a stylus pen for taking notes in tablet mode. Other standout features include support for MU-MIMO and a 512GB RAID 0 array. However, users will still require a router and other devices (these are still practically non-existent) that support MU-MIMO in order to gain the full benefit, so the practical advantage of MU-MIMO support is still quite limited. Furthermore, we were disappointed to see that its display was only a 1,920 x 1,080-pixel affair. It was also the heaviest and largest of the lot, which led us to mark it down in the mobility department. 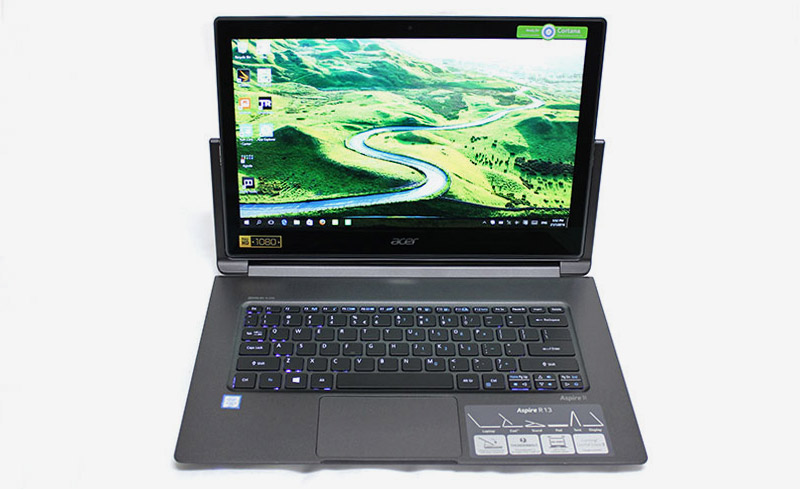 The Lenovo Yoga 900 improves on its predecessor, the Yoga 3 Pro, with an upgraded watchband hinge that feels a tad bit more solid. One of the more notable features is the ability to fold the hinge all the way around and use it as a tablet. Another thing it has going for it is its 66Wh battery pack, which gave it the longest battery life of all our tested ultrabooks. However, it lacks any dedicated display outputs. But unlike the Dell XPS 13 which also lacks dedicated display ports, the Yoga 900's USB Type-C port does not support Thunderbolt 3, although users will still be able to link up via DisplayPort or HDMI to an external monitor. We also didn’t quite like its keyboard layout – the enter and backspace keys were too short and we needed a lot more time to get used to it. It was also dragged down by its S$2,299 price tag as it offered little to make it worth the significant premium over the HP Envy 13 (unless you must absolutely own a convertible). 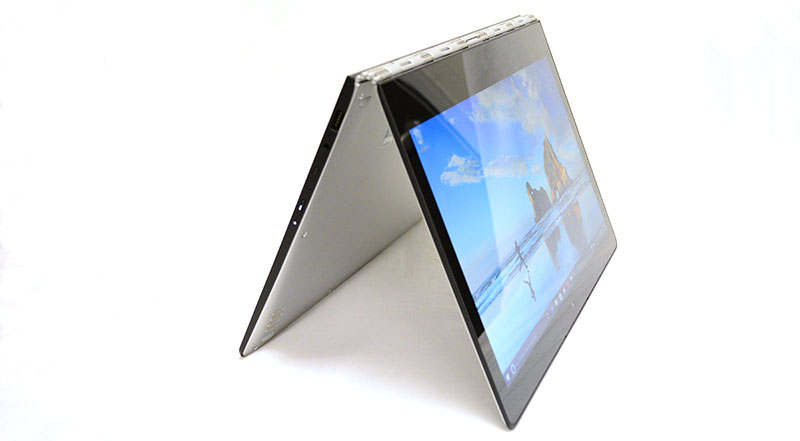 The ASUS ZenBook UX305 is the only Broadwell ultrabook that we tested in this category. As a result, it lagged behind its competitors in terms of performance and battery life. In the latter test, it even came in slightly behind the HP Envy 13 despite having a larger 56Wh battery versus the Envy’s 45Wh pack. Still, it does come with a 3,200 x 1,800-pixel IPS display and a light and well-built aluminum body, so you do still get a fairly decent experience overall. So while it cannot compete with Skylake notebooks in terms of performance, its S$1,698 price will appeal to those who want a fairly affordable ultrabook and don’t require the latest hardware. However, there is still no ignoring the fact that the HP Envy 13 is practically the same price and comes equipped with Intel Skylake processors. All that said, do note that since we ran our tests, ASUS has updated the UX305 with Intel's 6th-gen Core processors. As such, the most current UX305 with an Intel Core i7-6500U processor should have CPU/GPU performances on a par with its similarly spec'ed competitors. 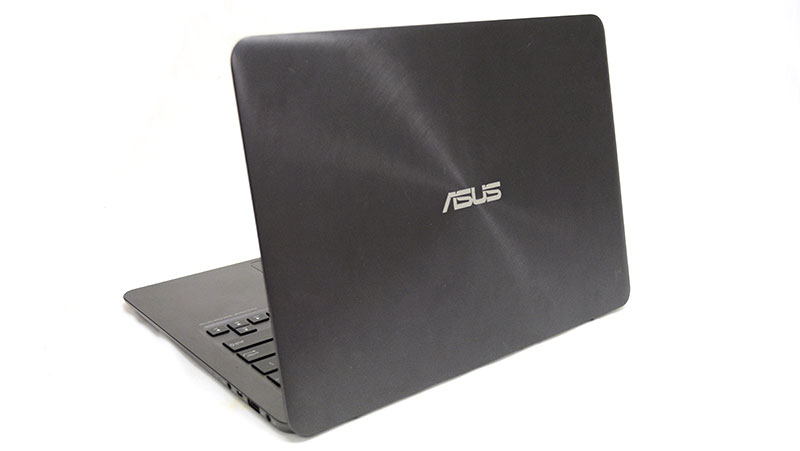