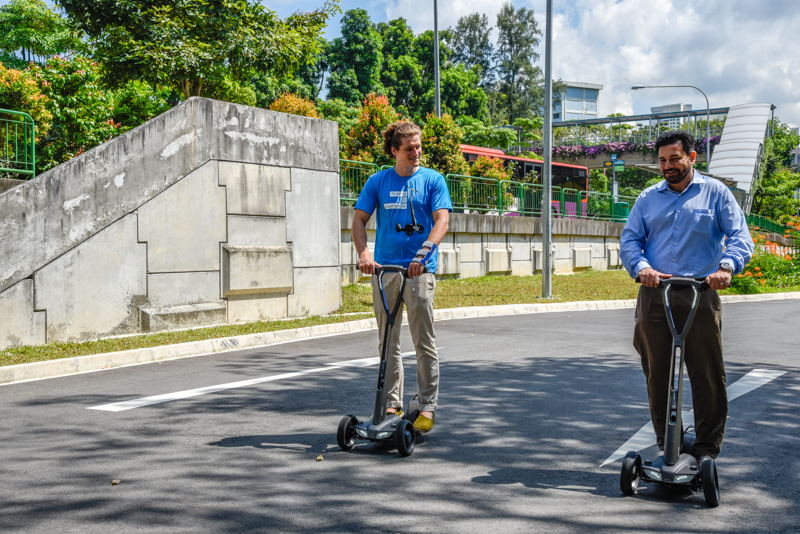 It was bound to happen — after bike sharing, now comes e-scooter sharing. Floatility, a start-up founded in Germany, is launching an e-scooter sharing trial at one-north from 24th to 28th July for Autodesk employees.

As part of its work supporting social and environmental entrepreneurs, Autodesk has donated its software to Floatility, including apps like Fusion 360, 3DS Max and Alias — advanced design and engineering software that a start-up would otherwise be unable to afford.

Floatility was founded in Germany in 2013, but it's headquartered in Singapore, with the majority of the work being done here. Right now it’s a lean operation with seven staff, four of whom are here, two in Hamburg, and one in Vienna. 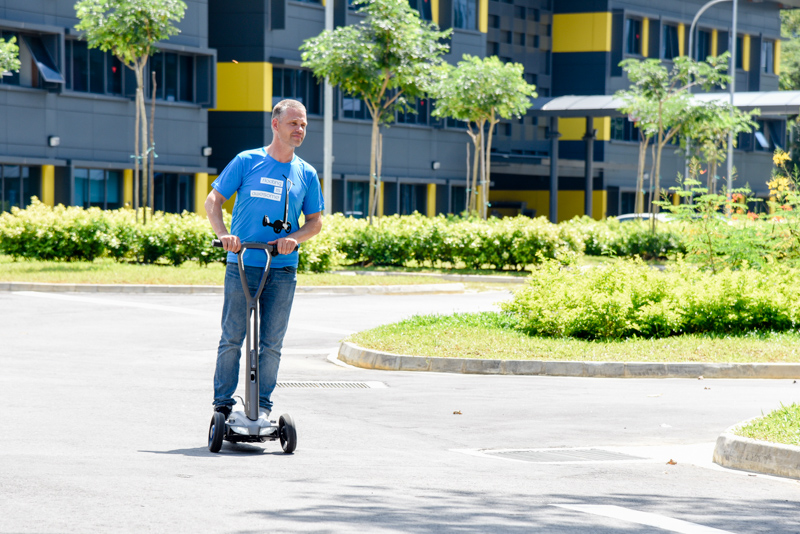 Oliver Risse, Floatility founder and CEO, explains that the company was created to solve the ‘last mile’ problem, distances that are too far to walk and too short to drive. When I asked Risse why they wanted to launch in Singapore, he surprised me by saying it was because of how progressive Singapore is — not a word we Singaporeans might first use.

“Singapore is the most progressive city in terms of urban mobility, and progressive about change,” Risse said. “I just want to give you an example. The regulation for PMDs (personal mobility device) in Singapore took around three to four months, from an idea all the way to Parliament. In Europe, we discussed for four years, recommendations for PMDs.”

What might give Floatility a leg up over other e-scooter solutions is its focus on owning the whole stack: their e-scooters and docking stations are custom designed and built. This gives the company an edge both when it comes to controlling their IP but also if and when they start to scale, without having to rely on third-party vendors to supply their e-scooters. 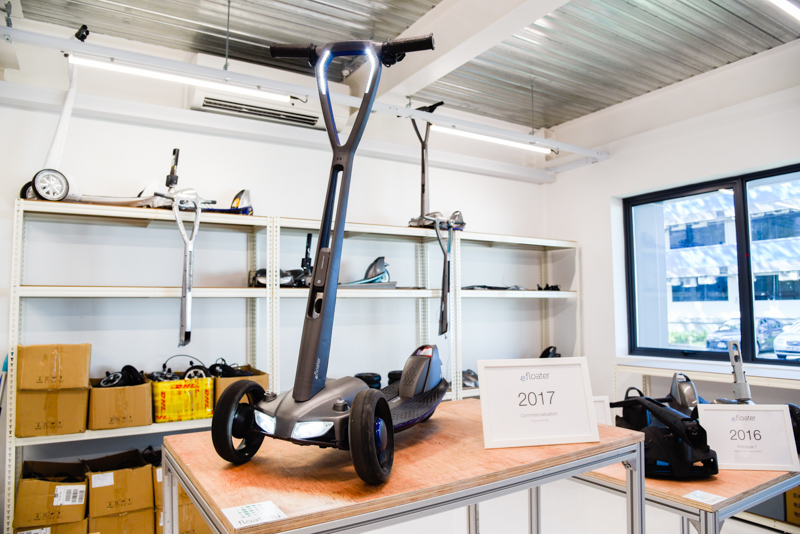 The e-scooters really caught my eye. Unlike your average e-scooter, the Floatility e-scooter — what they call the e-floater — is beautifully designed. The three-wheeled self-balancing vehicle has a 20km range, gets up to 25km/h, and weighs 12kg.

The e-floater sits close to the ground, providing a lower center of gravity, and makes the rider closer to the height of fellow pedestrians. Front LED top and down lights provide illumination as well as safety, and a single rear LED light is powered on all the time. 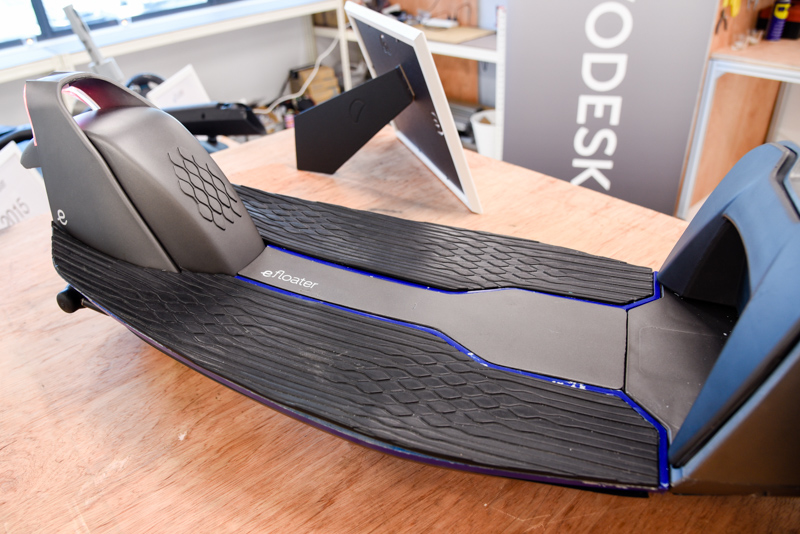 The platform is wide and comes with some flex. You’d normally use the handlebars to steer, but at higher speeds, you can lean to steer; the change in weight distribution causes the rear tire to tilt, providing a change in direction. In accordance with European safety laws, there are two independent braking systems, one on the handle, the other on top of the rear wheel, which you can stamp on for emergency braking. 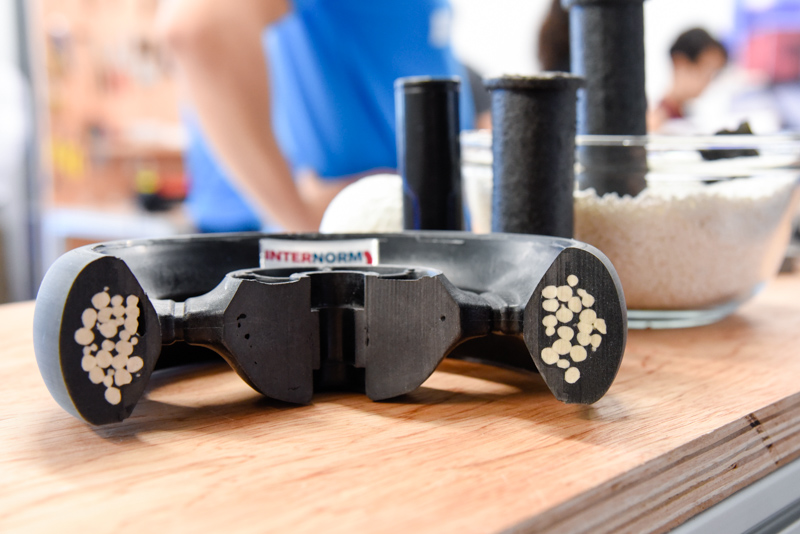 The tires are interesting — they look like ordinary tires but there’s no air inside of them. The Floatility team felt it wouldn’t be practical to have to keep pumping air into shared e-floaters, so they developed a tubeless tire that is filled with the same composite material that’s used to dampen shock in running shoes. 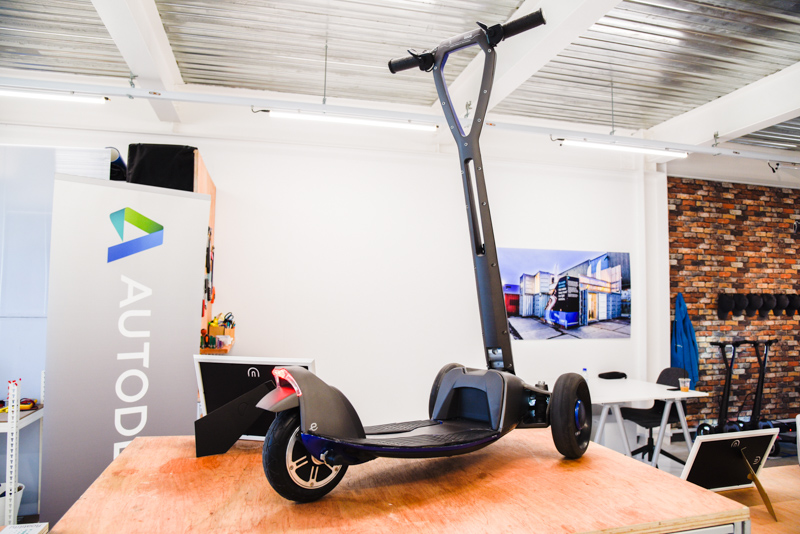 The battery is swappable but locked so only Floatility technicians can get access. This solves the problem of having shared e-scooters that are dock-less; the e-floater is equipped with real-time telematics, so Floatility can track individual e-floaters and swap out weak batteries. They can also see if e-floaters are being moved even if they haven’t been unlocked (i.e., being stolen). The vehicles will operate within a geofence, while you can ride outside of the fence, you can only return the e-floater and stop billing within the fence.

Floatility plans to charge S$0.10 per minute to use an e-floater, and after registering as a user, you can activate one either from the Floatility app or by tapping an EZ-Link card. Besides simply ending your trip at the end of your ride, you can also opt to park the e-floater, so it remains locked under your name (you’ll still be charged, at a lesser rate). 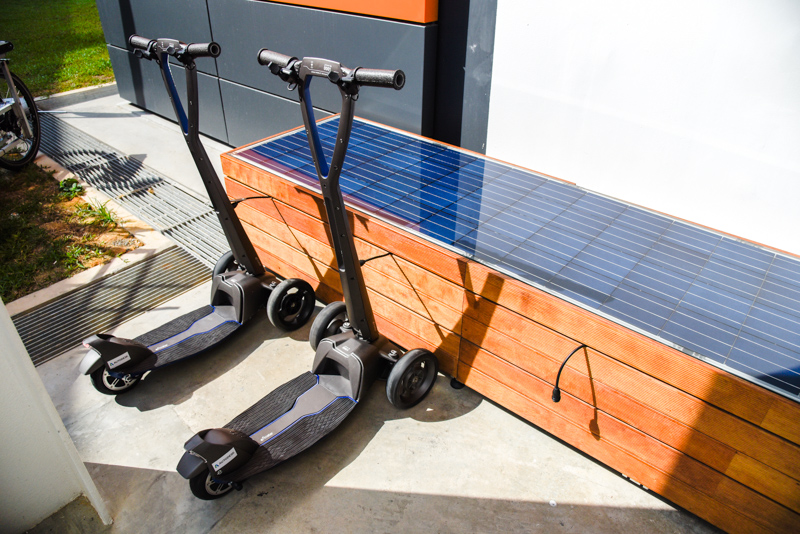 Floatility also has a solar-powered docking station where the e-floater can be returned and charged, but it says installation of a docking station will largely depend on the landlord who owns the location.

I took an e-floater for a quick ride, and found it easy to pick up. The e-floater currently moves via thumb-operated controls for accelerating and braking, but Floatility says it has a working prototype that accelerates and decelerates by turning the handlebar. 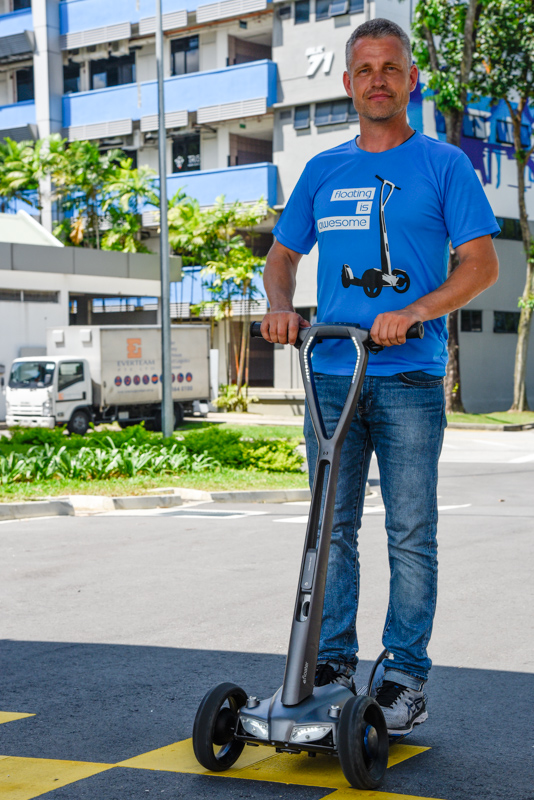 Besides the Floatility pilot trial, local start-up Telepod will also be conducting a PMD trial at one-north, so it looks like competition will be heating up in the e-scooter sharing market. Floatility says that it has plans to expand, and will use the trial to gather feedback on its services.

With the advanced tracking ability built into Floatility’s e-floaters and the necessity to return them to their geofence to end payment, perhaps the start-up has a shot at not just solving the last mile problem, but also the bad parking and user abuse problems that shared bicycles have been facing lately.