Five Things You Need to Know About the Nokia X Smartphones

Five Things You Need to Know About the Nokia X Smartphones

This marks a drastic reversal in market strategy since 2011 when it signed an agreement with Microsoft to use Windows Phone OS on its devices. Nokia CEO Stephen Elop shot down rumors last year that the company was interested in developing Android smartphones. However, leaks surfaced as early as last November that Nokia was indeed working on one for release in 2014.

Nokia smartphones running on Android has been the ultimate dream for some consumers as the Windows Phone OS currently still lacks the polish and features of the competing platform. Before any of you jump for joy, there are five crucial aspects you need to know to better understand the proposition of the Nokia X smartphones. We'll list them down right after the video break that gives you a good overview of the new devices:-

1. They are not full-fledged Android smartphones.

The Nokia X software platform is based on AOSP, but that doesn't mean the three Nokia X devices are Android smartphones. Nokia has replaced some essential Google services such as Gmail, Google Maps, Google Drive and Play Store with its own services (Outlook.com, Here maps and OneDrive)

There are three methods to download Android apps on the Nokia X device. First, you have to use Nokia's own app store. Nokia declined to specify the total number of certified or optimized Android apps, but claims that many top apps such as Skype and Plants vs Zombies 2 are already available. 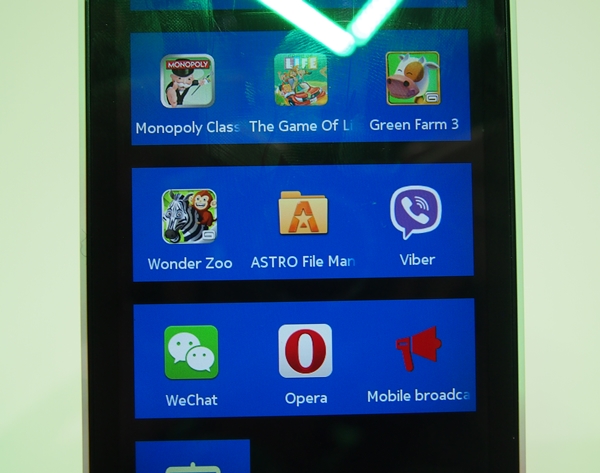 Second, users can turn to third party app stores such as Yandex. Yandex Store is an alternative app distribution system that currently has over 100,000 apps for Android tablets and smartphones. Third, you can sideload apps from a computer or a memory card.

In fact, Nokia states that not all Android apps are compatible with Nokia X devices. Only about 75% of the apps can work; it is currently working with developers to accelerate the numbers of compatible apps.

The interface of the Nokia X software platform is completely different from that of conventional Android devices. It has a tile-based interface that resembles Windows Phone although it incorporates some of the useful features of Android such as a pull-down quick settings panel. 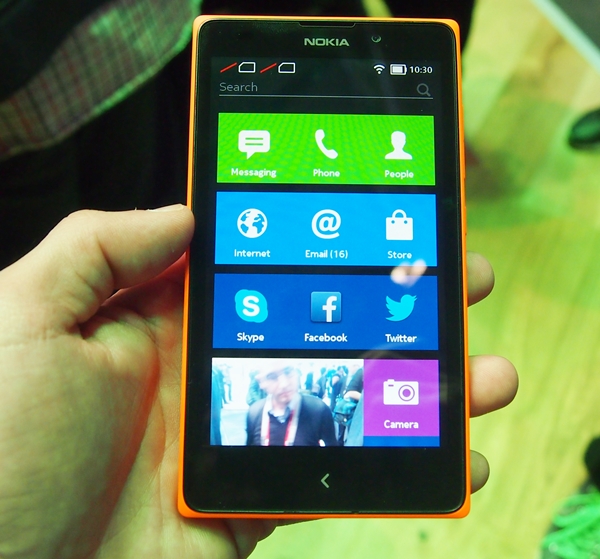 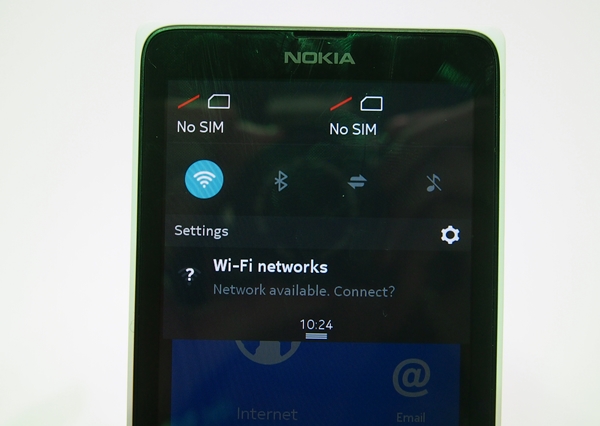 2. They are entry-level smartphones.

The Nokia X devices do not have flagship-worthy specs. For example, all three smartphones run on Qualcomm Snapdragon S4 dual-core 1.0GHz processor. The X+ and XL have 768MB RAM while the X only has 256MB RAM.

The X and X+ come with a 4-inch WVGA (800 x 480 pixels) display and 3-megapixel rear fixed focus cameras, which are considered low end. The XL is a bigger variant with a 5-inch display and 5-megapixel autofocus rear camera.

3. They are a stepping stone to Nokia's Lumia devices.

Elop states that the Nokia X devices help the company reach prices that it has't been able to with its Lumia devices which run on Windows Phone. As the devices do not run the stock Android interface, consumers are "exposed" to Microsoft's ecosystem of apps and services.

He hopes that once consumers are used and invest in Microsoft's cloud, they will eventually upgrade to better smartphones such as the Lumia models. By marketing their Nokia X devices as "running Android apps" and pricing them at very affordable prices, Nokia and Microsoft hope that the Nokia X devices can reach out and attract first-time smartphone buyers, who may otherwise prefer Android smartphones over the cheaper Windows Phone-powered Lumia models.

The entire family of X smartphones support dual SIM, dual-standby. The type of SIM card used is microSIM. Dual-SIM smartphones are popular in the entry level market segments as people can switch SIM cards easily to get better tariffs.

Being entry-level smartphones, they are very affordable. The Nokia X is priced at 89 euros, and is available now. It will be available in Asia-Pacific, Europe, India, Latin America, the Middle East and Africa. The Nokia X+ is slightly more expensive at 99 euros while the XL retails for 109 euros. Both devices are expected to be available in the early Q2 2014.

Nokia is taking a risk with the X smartphones. It remains to be seen whether consumers will be attracted to the Nokia X devices just because they can run some Android apps and are significantly cheaper than most conventional Android smartphones.

It can work both ways; consumers can learn more about Microsoft's apps and services, and there is a chance that they may like it. On the other hand, consumers may realize the flaws and areas that Windows Phone is lacking in, and flock to the full fledged Android camp.

In addition, Chinese phone maker Xiaomi may be Nokia's greatest threat as it usually sells its smartphones at cost, yet deliver plenty of bang for the buck. Can Nokia and Microsoft fend off Xiaomi's aggressive global expansion?