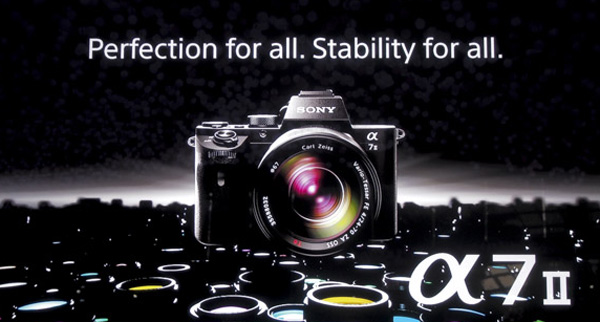 First looks at the Sony A7 II

A rainy, overcast day is probably the worst weather you could hope for when you’re trying to launch a new camera, but given the biggest innovation in the new Sony A7 II is the 5-axis image stabilization which is the first in a full-frame camera, I guess you could say it was perfect weather for our testing. 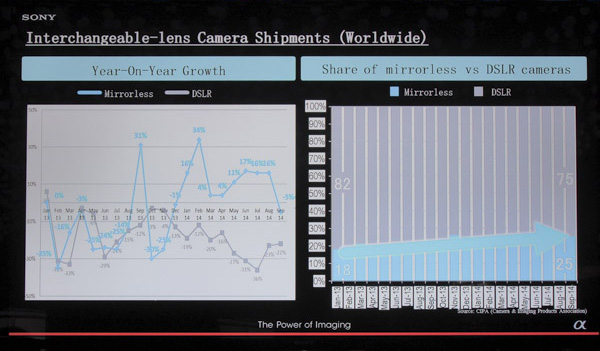 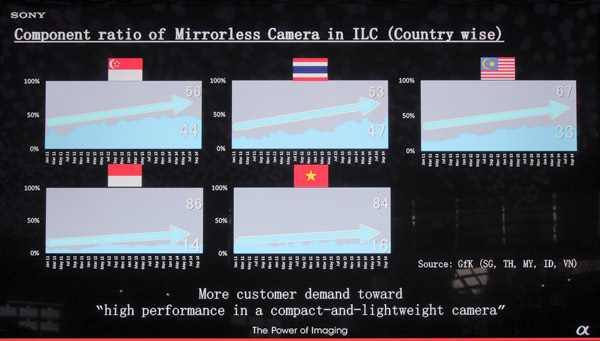 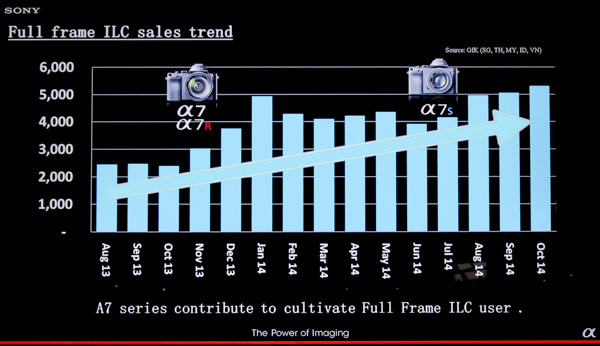 According to Sony, shipments of DSLRs are showing negative growth everywhere in the world except for Asia, where the mirrorless and full-frame segments are still showing growth. Unsurprisingly, that’s good news for the A7 series, as it’s both a mirrorless camera, and a full-frame one. Sony says they’ve built their cameras based on the concept of "Perfection for all. Stability for all", meaning there’s no compromise when moving to an A7 camera. 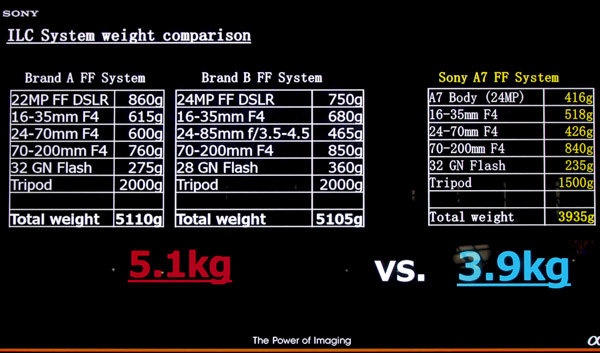 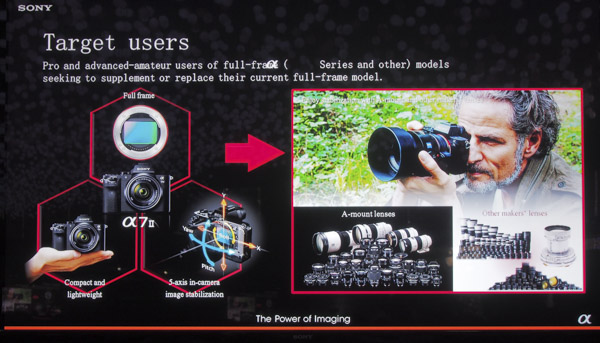 With the A7 II, all sorts of lenses can be used with appropriate mount adapters, and all will have image stability because that part is built into the camera. The alpha system offers both quality and weight savings over regular full-frame competitors, and the savings in weight means users don’t have to compromise on their selection of lenses as the overall weight they have to carry is lessened. 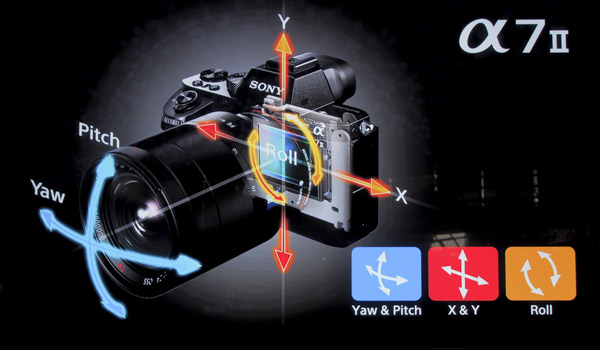 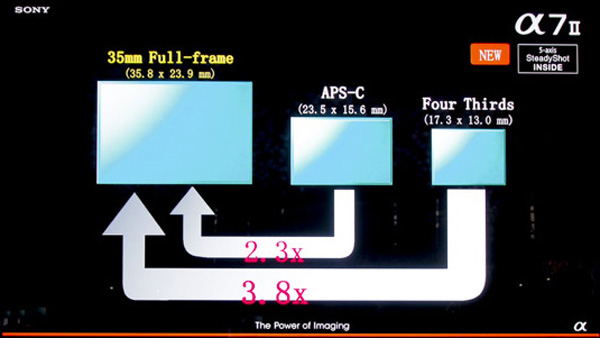 Even though Sony had already implemented in-camera stabilization before, the 5-axis stabilization mechanism in the A7 II had to be developed from scratch because of the sheer size of the sensor. Basically, the camera had to compensate for pitch and yaw, as well as roll and odd movements in the X and Y axis of a full-frame sensor, which is about 3.8x larger than the Four thirds sensors found in mirrorless cameras, so the amount of correction that had to be done was much more. 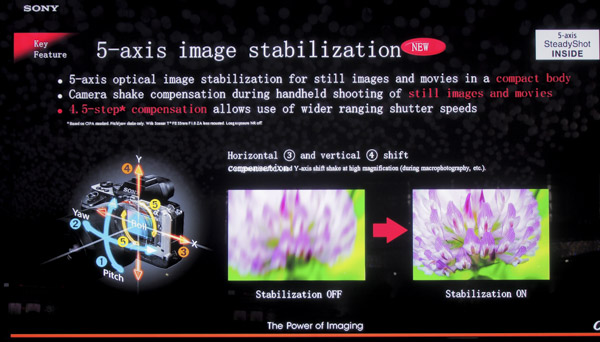 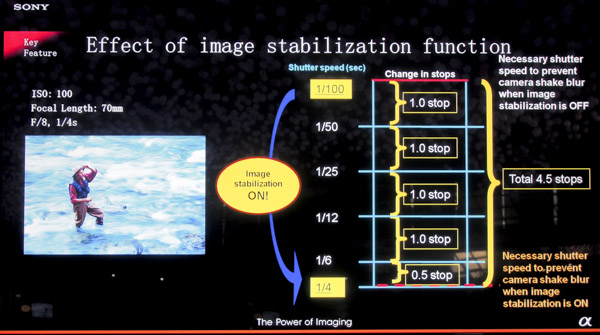 Apart from the in-camera stabilization, the other improvements in the A7 II were largely to do with improved autofocus algorithms, which optimize the lens drive by more accurately detecting the subject position. Sony says this leads to up to 30% faster autofocusing times, and it certainly seemed like the A7 II focuses quickly and accurately in low light. Given that the A7 II has the same number of autofocus points as the A7 (117-point focal plane phase-detection AF sensors and 25-point contrast detection AF points) it’s safe to say that the algorithms are much more efficient and accurate. 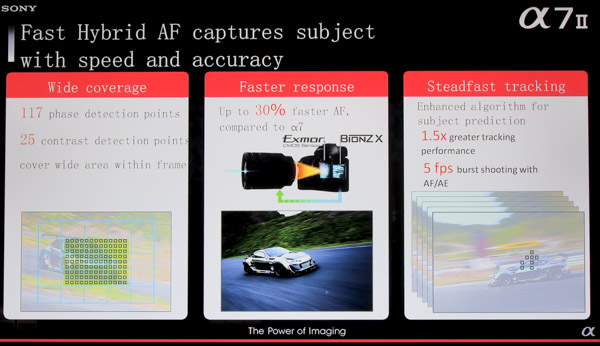 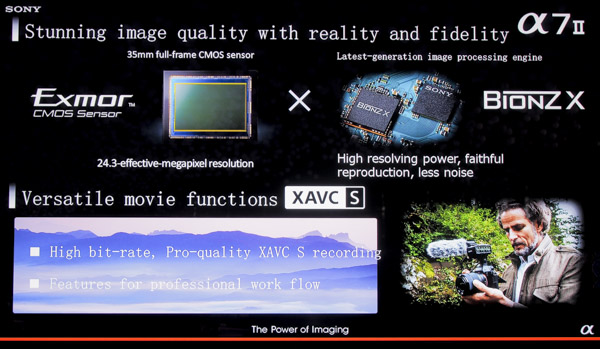 Also new, is the inclusion of the XAVC-S movie codec which records up to 3840 x 2160 pixels resolution while using the commonly-read MP4 as the container format. Linear PCM is used for audio, and the A7 II records Full-HD video at 50Mbps. 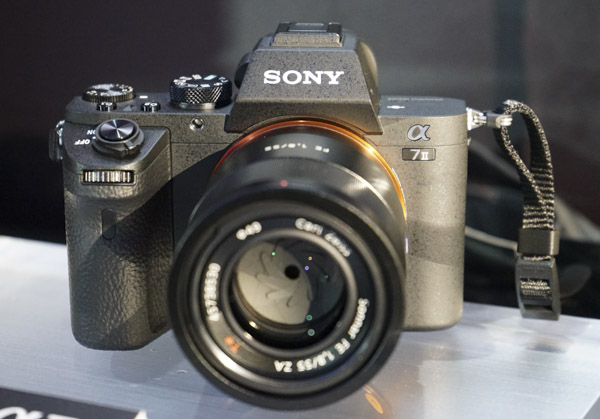 Of course, the highlight of day was getting to handle the camera itself. Honestly speaking, we don't think you'd feel much of a difference from the original A7 in terms of handling or even for weight, which is a good thing as the A7 was a fantastic camera in it's own right. The caveats of having larger lenses on a thinner body still apply, though Sony has mitigated this somewhat by trying to provide slightly lighter lenses, and of course, in-camera image stabilization. The best we could manage handheld was 1/5s, but that was really pushing the limits. Staying at 1/13s or faster provided much more consistent results, so that's what we'd recommend.

The sample images were shot on the A7 II and are presented without processing for your reference only and we ask that you do not reproduce them elsewhere. Click for the full-resolution JPEG images. 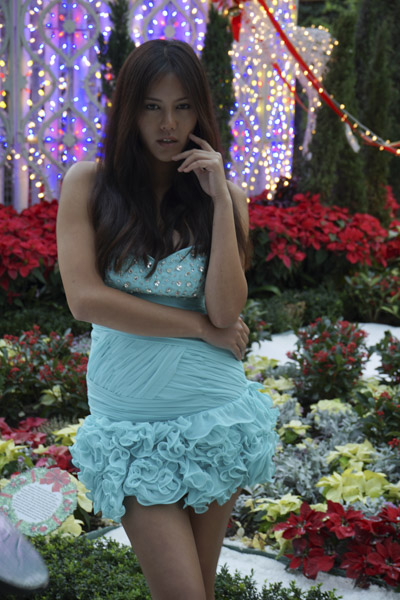 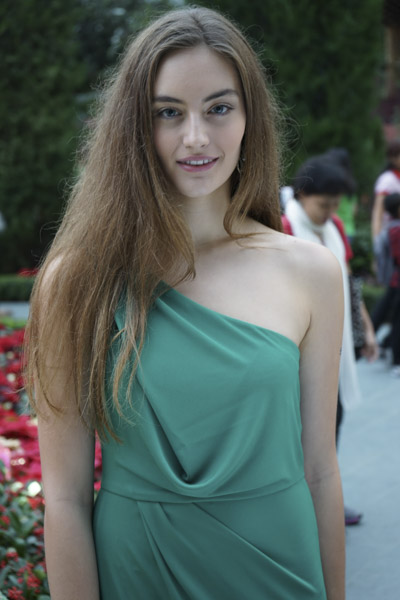 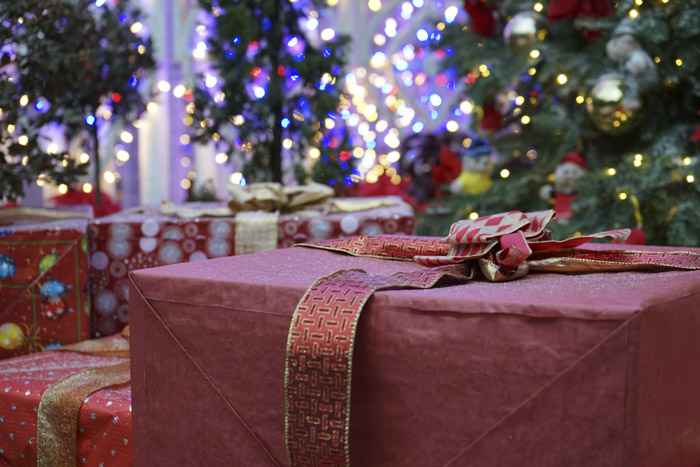 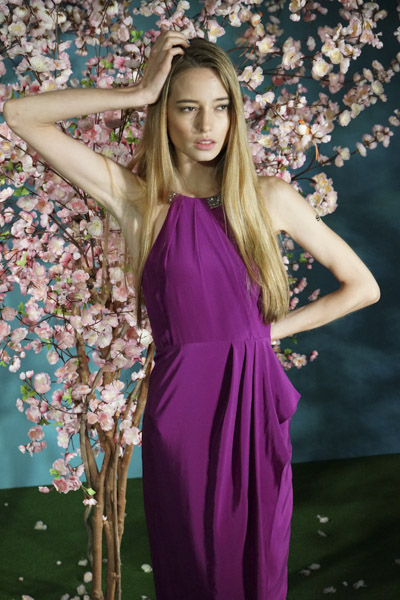 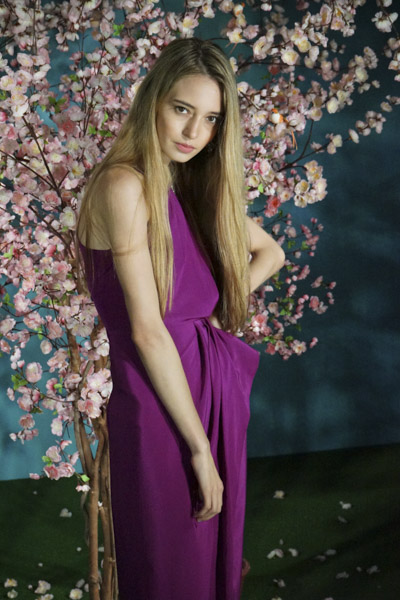 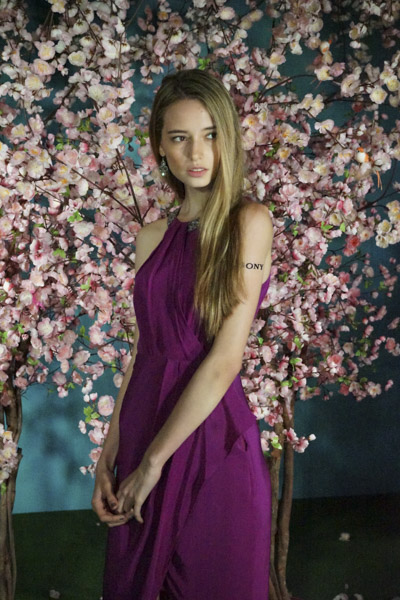 Overall, the A7 II feels like quite a capable camera that's both fast and responsive. Given the muted light on the day, we feel it's not fair to judge the color reproduction of this camera yet, but we don't expect it fall too far from the original A7. That said, our initial impression is that the in-camera stabilization works as advertised, so that's definitely something to consider if you're looking at picking up a camera, or if you're the type who really abhors carrying a tripod out with you.