As we first reported during the launch event, the Xperia XZ is Sony’s latest flagship smartphone and it marries the best of the Xperia X and the Xperia Z in a single body that is dust and water resistant. Underneath its skin, it features a Qualcomm Snapdragon 820 64-bit processor with 3GB of RAM, and supports microSD cards up to 256GB in capacity. 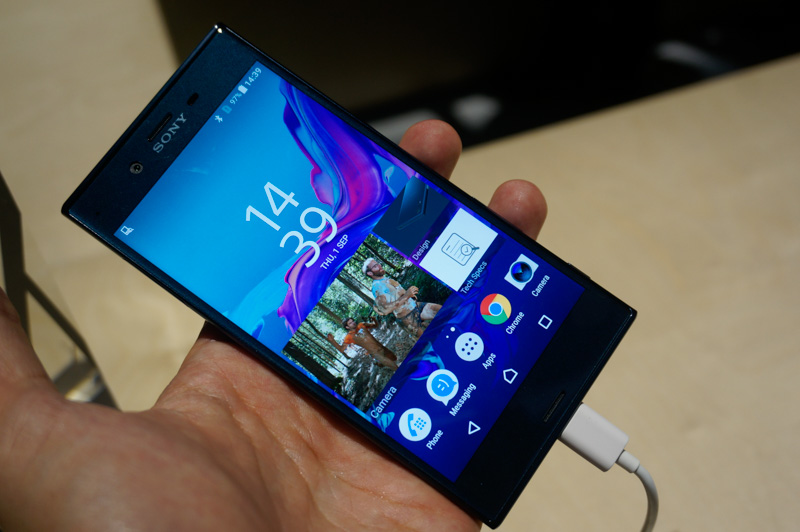 It measures just 146 x 72 x 8.1mm and weighs 161g, with a nice 5.2-inch Full HD 1080p TRILUMINOS display. And it has been designed according to Sony’s Loop Surface concept, so that the entire surface flows nicely from side to side, with no noticeable sharp corners to speak of. 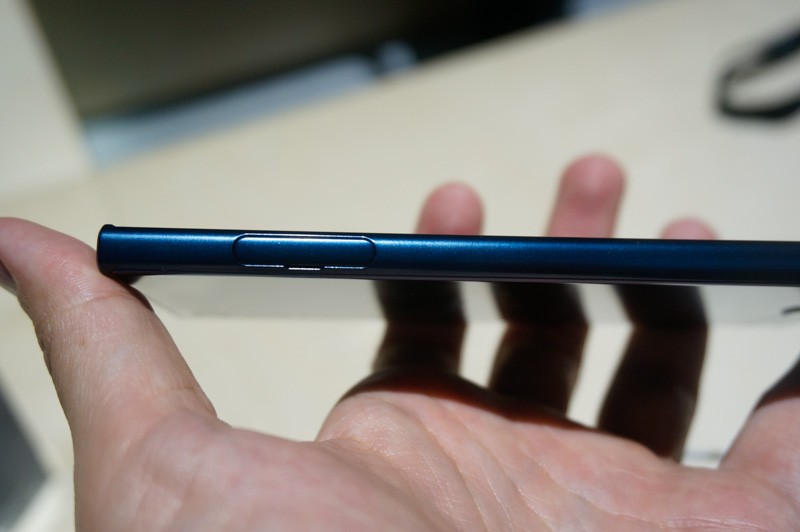 The design update makes it fit nicely in your hand, and the use of ALKALEIDO metal for the body gives it even more brightness and adds greater depth to the finish. Sourced from a third party supplier, Kobe Steel, the use of ALKALEIDO also helps with heat dissipation and improves the signal strength, while still allowing for a variety of bright and striking premium colors such as Forest Blue, Mineral Black, and Platinum. 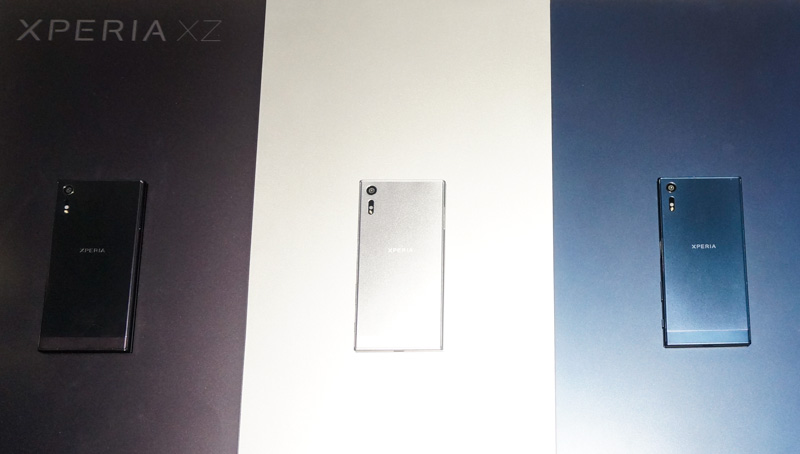 The other key focus in this phone is the new triple-sensor based imaging system. Sony told us they took a lot of user feedback from their previous models into account when designing their new sensor, and set about to solve the most common issues faced during smartphone photography. To that effect, the 13MP front camera has been equipped with a 22mm/90-degree wide lens for great for selfies and defies even low light, as it's sensitive up to ISO 6400. 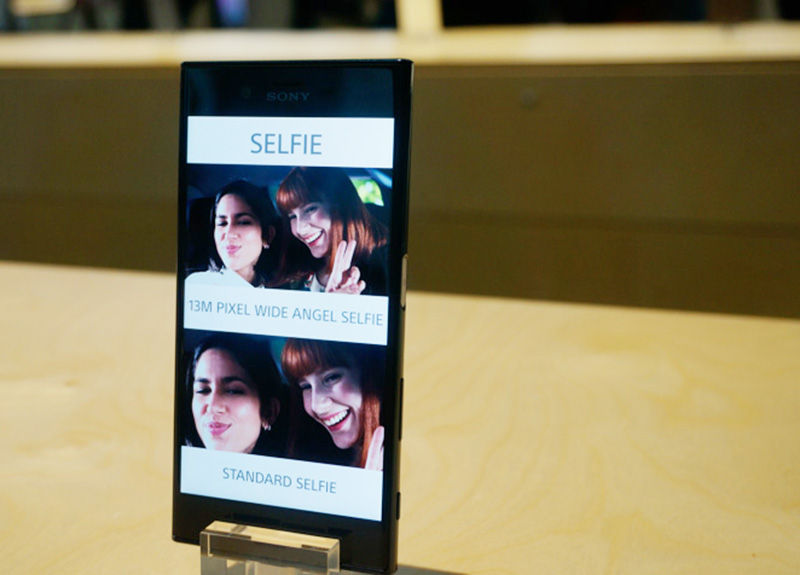 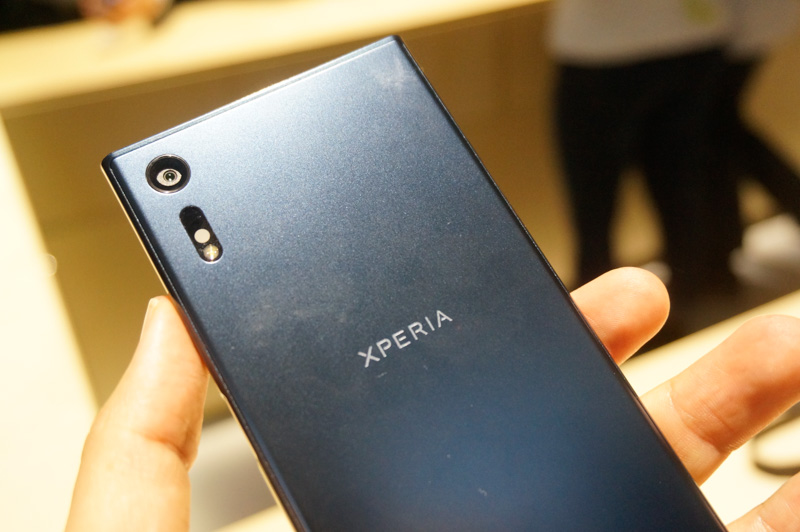 At the guts of the main camera is a 23MP 1/ 2.3-inch Exmor RS sensor paired with a BIONZ mobile image processing engine that will handle ISOs up to 12800. This is paired with a 24mm Sony G lens and gets Sony’s new 5-axis stabilization engine.

Adding a laser autofocus sensor improves the speed and accuracy of the sensor even in low light, working like the Phase Detection sensors on larger ILCs. Meanwhile, a new RGBC-IR sensor offers even more accurate calculation of the colors detected by the camera so that your photos come out even more true to life. 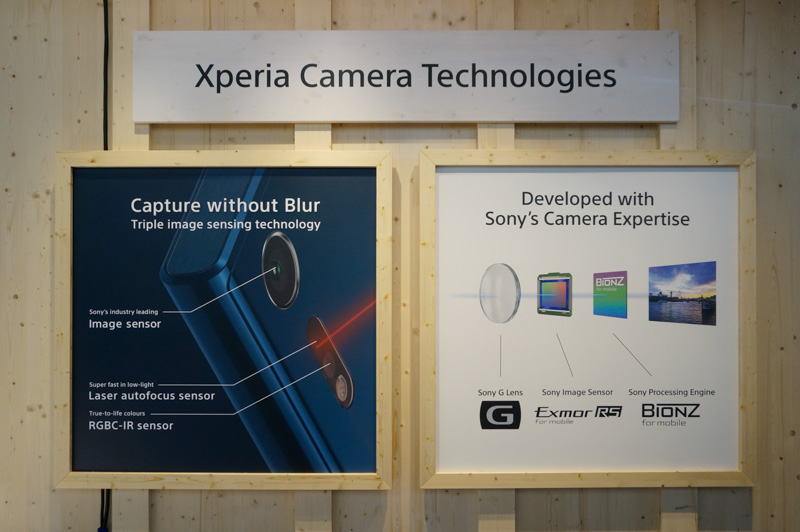 With the combination of these three sensors, Sony is confident the camera will produce the best image quality of their entire series of mobile phones, and the camera certainly seemed to be quick and responsive at the show floor, so we’re looking forward to seeing its performance when we personally get a unit to test in our hands.