Bringing a professional imaging experience to the Cyber-shot RX series

Sony was pretty much the first to put larger sensors in what’s traditionally been the consumer segment of compact cameras, placing greater imaging capabilities in the hands of the regular consumer.

The result was of course the first Sony Cyber-shot RX100 and the RX10, and while other companies have followed suit with large sensor compact offerings of their own, Sony hasn’t stopped improving their 1-inch sensor designs, and the result is the new 1.0-inch type stacked CMOS image sensor with DRAM chip.

Moving forward with a new design 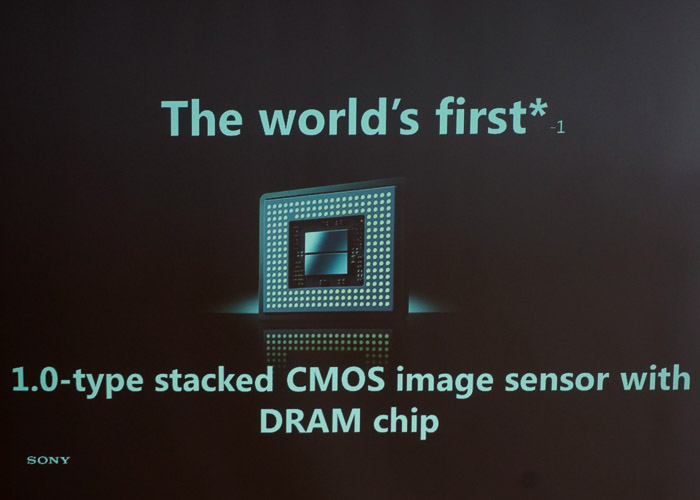 This three-layer design allows Sony to maximize the pixel area on the image sensor, while the of a dedicated DRAM chip allows for faster read-out of image data, which makes for faster image capture overall. 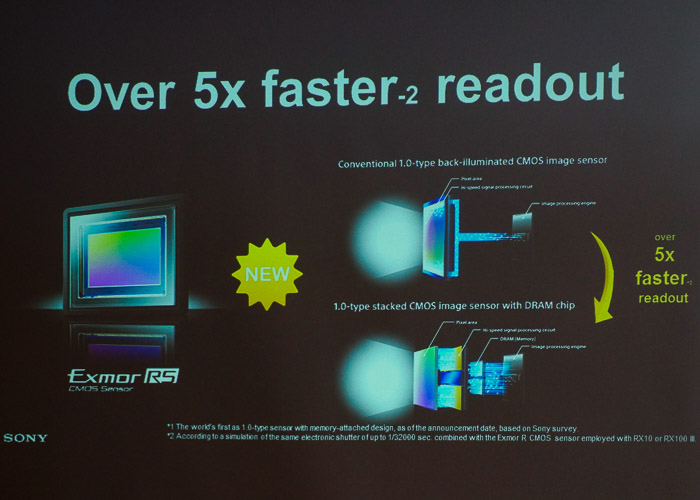 Sony estimates that the inclusion of a dedicated DRAM memory chip has allowed them to increase the readout rate of image data from the sensor by more than five times, and this increased speed has allowed Sony to implement features that were previously only available in professional-level video cameras.

About those professional features 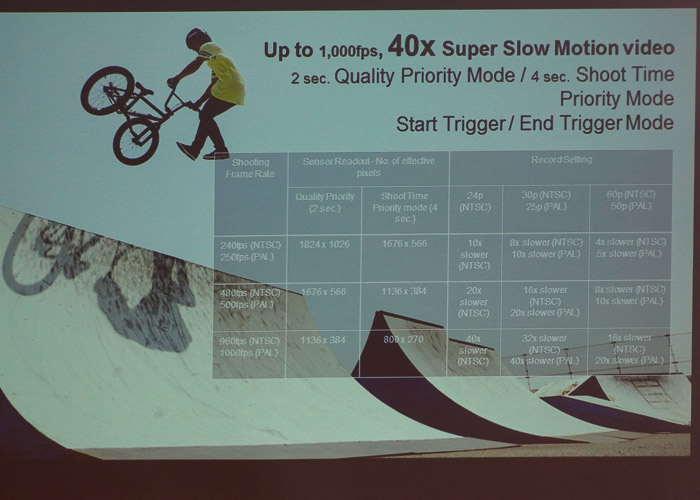 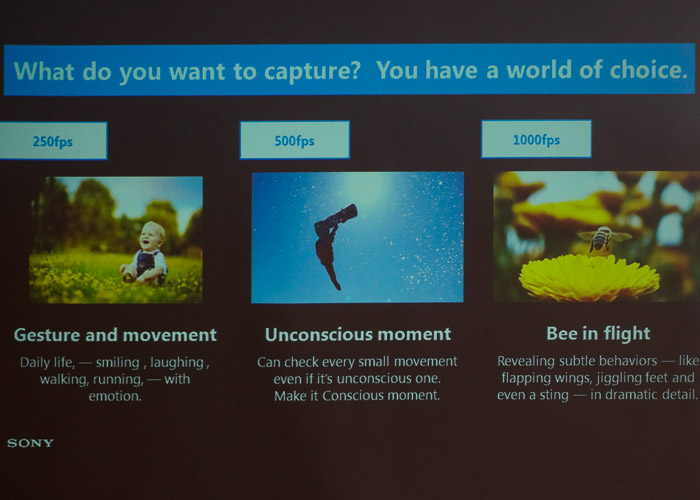 Trying to catch the precise moment can be tricky of course, so what Sony has implemented in the Super Slow Motion modes is the option of using the movie recording button either as a "Start trigger" or as an "End trigger".

The result is akin to what you might get with high speed video equipment, so to be able to have that in a compact camera is certainly quite impressive. 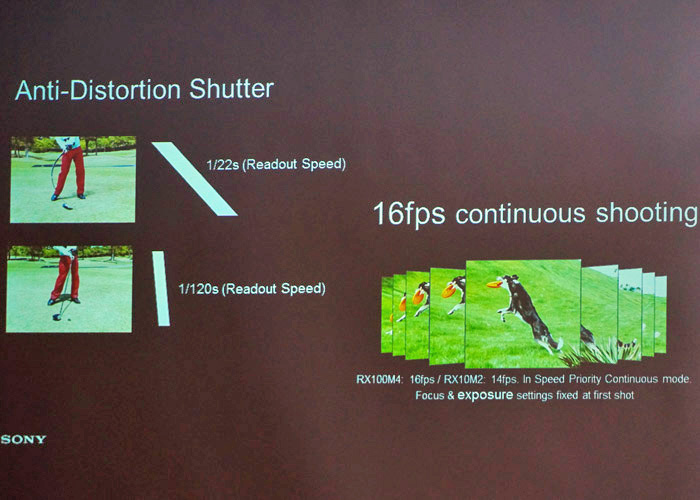 The other feature that was shown off at the launch was the ability of both the RX100 IV and the RX 10 II to shoot at shutter speeds of up to 1/32,000 with extremely high continuous shooting speeds.

Thanks to the aforementioned stacked design, the RX 100 IV manages a continuous shooting rate of up to 16fps and the RX10 II goes up to 14 fps. The high-speed Anti-Distortion Shutter allows for shutter speeds of up 1/32,000s, and there’s built-in ND filter that can be automatically activated by the camera if the light levels are still too high. 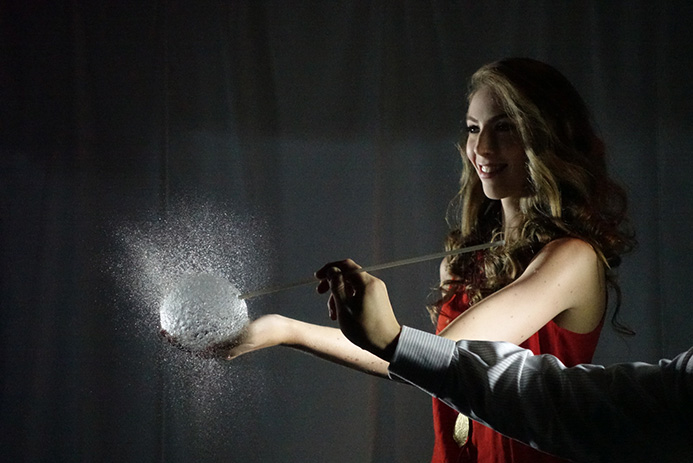 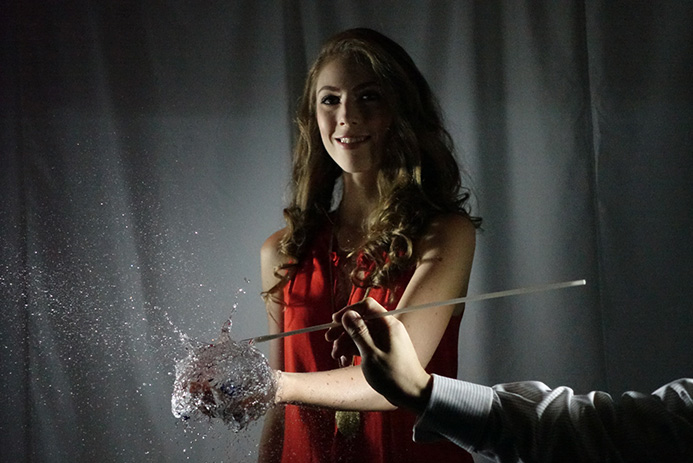 We once again were given the opportunity to capture a balloon bursting, but with stills capture instead. Trying to catch the exact moment for something like this is extremely difficult, so what we did was to place the cameras on continuous shooting, and burst away.

It was definitely impressive to see that both cameras had a big enough buffer to keep going at 1/32,000 of a second at the respective high continuous frame rates to cover the entire burst, and we managed to get some shots at the exact moment of the balloon puncturing. (Both cameras can take up to 43 frames in JPEG Extra Fine, and 27 frames in RAW.) 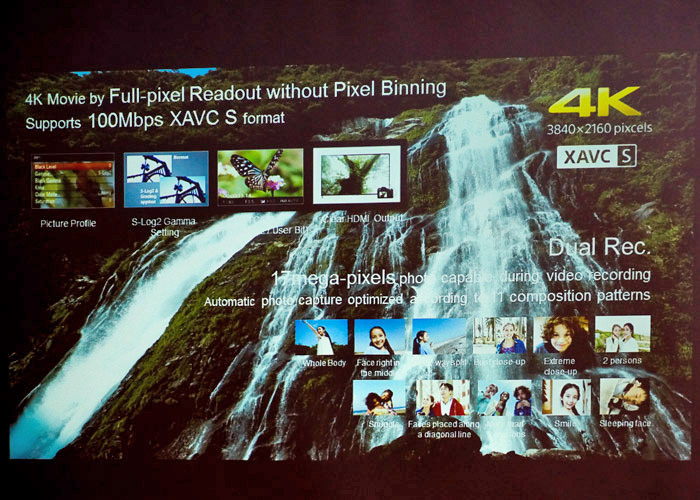 Both the RX100 IV and the RX10 II can handle 4K (3,840 x 2,160 pixels) video recording using the XAVC S codec at 30p(25p)/24p, and both use full pixel readout without pixel binning to ensure that the 4K video is captured with minimal moiré and artefacts.

They also share the same dual video recording functionality, which allows you to capture 16.8-megapixel still images during 4K video recording in one of 11 different composition patterns when you hit the shutter button. Both cameras include Picture Profile, S-Log2/S-Gamut and more.

Sony claims an AF detect speed of as little as 0.09 seconds thanks to the upgraded Fast Intelligent AF system that uses high-precision contrast detection and allowing for faster subject lock upon half-press of the shutter compared to previous models.

First impressions of the cameras 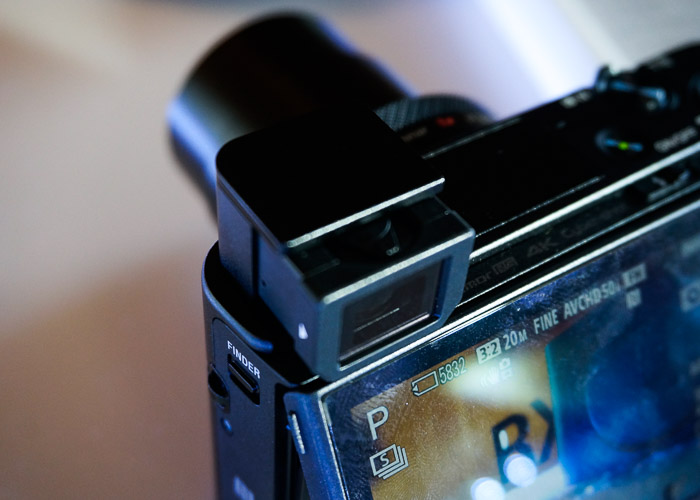 The RX100 IV seems to be the same size as its predecessor, and remains quite comfortably pocketable. It maintains a Zeiss Vario-Sonnar T* lens that has a 35mm equivalent reach of 24-70 and a variable aperture of f/1.8 to f/2.8.

It still doesn’t come with a standard hotshoe, but there’s a built-in flash and in-body stabilization to help with low-light shooting. The control dial around the lens does gain a knurled finish , and the in-built EVF remains as bright as ever, with 100% coverage and diopter adjustments on the top. This has also received an upgrade, with 2.35 million dots resolution as opposed to the 1.44 million dots on the RX100 III. 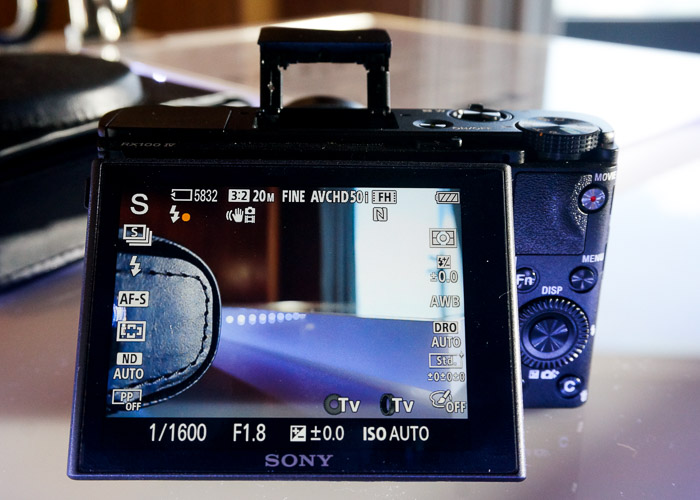 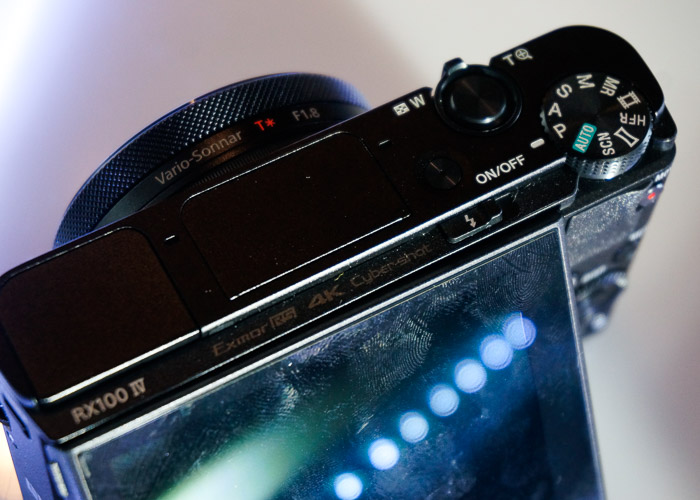 Handling feels the same as the RX 100 III, and truly the only noticeable physical difference is the inclusion of a high frame rate (HFR) mode on the mode dial. But that’s a good thing as we felt the old design was pretty much optimized for the limited space on the small body. The camera did feel faster and more responsive overall though, and that’s something that we’ll attribute to the new sensor design. The RX 10 II also feels to be about the same size as the original RX 10, with most of the improvements coming internally. The layout looks largely unchanged, but the RX 10 II is actually heavier than the RX 10, coming in at 813g compared to the 755g of the original.

We do like how nicely damped the Zeiss Vario-Sonnar T* lens is, and it again has a great focal length of 24-200 (35mm equivalent), and a bright constant aperture of f/2.8 throughout the zoom range. That’s a very handy zoom range, and we can see plenty of nature lovers taking to this camera to take full advantage of the HFR shooting. (Bees gathering pollen anyone?) 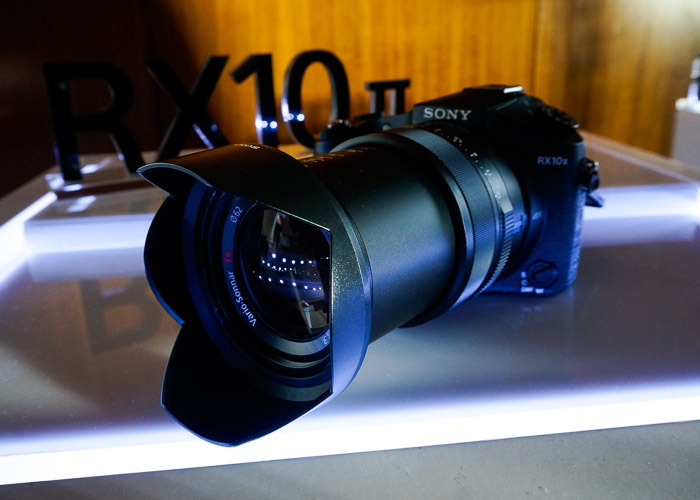 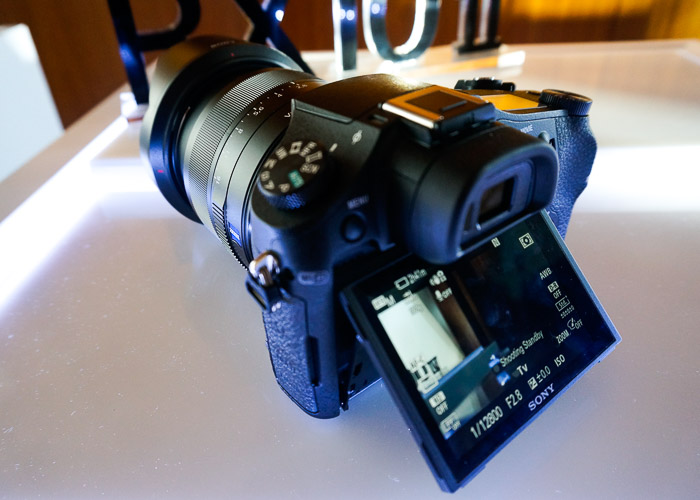 It’s again Wi-Fi and NFC compatible so you can easily transfer images to your smart device via the PlayMemories app, but the tilting LCD will only do 107 degrees upward and 42 degrees down compared to the 180 degrees up and 45 degrees down in the RX 100 IV. One thing to note though, is that the RX 10 II has a dust and moisture considered design, so is sealed for some protection against the elements.

There’s also a special launch promotion for the RX 100 IV where registering your warranty online by the 2nd of August 2015 gets you a chance to be one of three lucky winners to win 100% cashback on your purchase, so that’s definitely something to look into if you’re picking up the RX 100 IV.