Note: This article was first published on 8th June 2018. 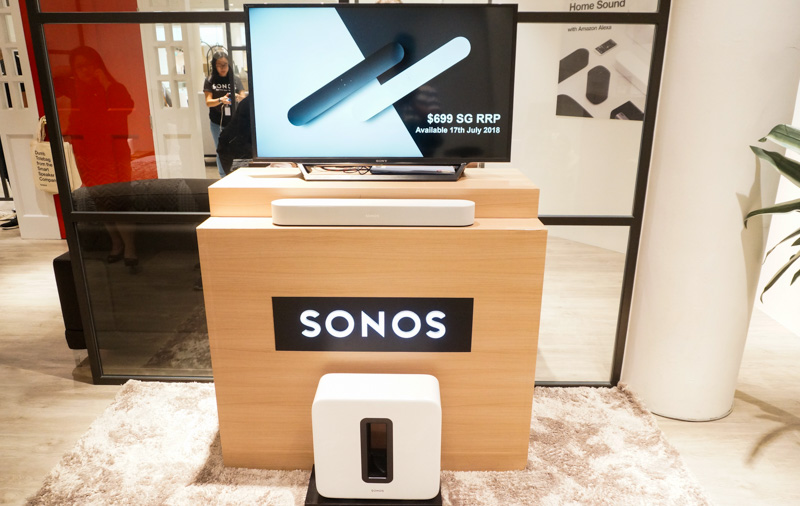 Compact Sound bars have become more of a thing lately, with manufacturers looking to find new ways to optimize their products for smaller living spaces. Klipsch is an example of that, with their RSB-3 sound bar, and now Sonos too has a new compact sound bar - the Sonos Beam.

Available in a choice of black or white, the Beam measures just 651 x 100 x 68.5mm and weighs just 2.8kg, and hence is a much smaller sound bar option than the Playbar and the Playbase. It integrates far-field microphones for voice control, and plays well with smart assistants too, thus allowing it to act as a hub for the smart devices in your home. On that note, it connects to your TV via HDMI CEC instead of the regular HDMI, so it’s able power off the TV if you want to just listen to music. 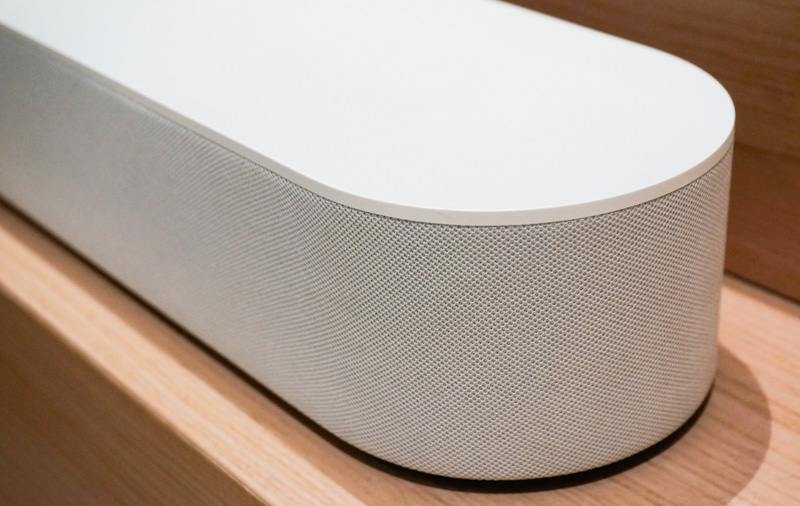 Featuring a fabric grill that’s cut with lasers, the Beam looks like a Playbase that’s been sliced down for an even slimmer form factor. The front is again dotted with tiny perforations for better audio dispersion, and touch controls are again the order of the day. Overall, it’s a very clean looking speaker that should easily fit into any living room, no matter the decor.

In terms of audio hardware, the Beam has four full-range woofers, three passive radiators, and  one central tweeter all driven by five class-D digital amplifiers. The full-range woofers are angled out at 45 degrees on both sides for better dispersion of sound, resulting in a wider sound stage. Five far-field microphone arrays are also used for advanced beamforming and multichannel echo cancellation, allowing the speaker to better hear your commands. 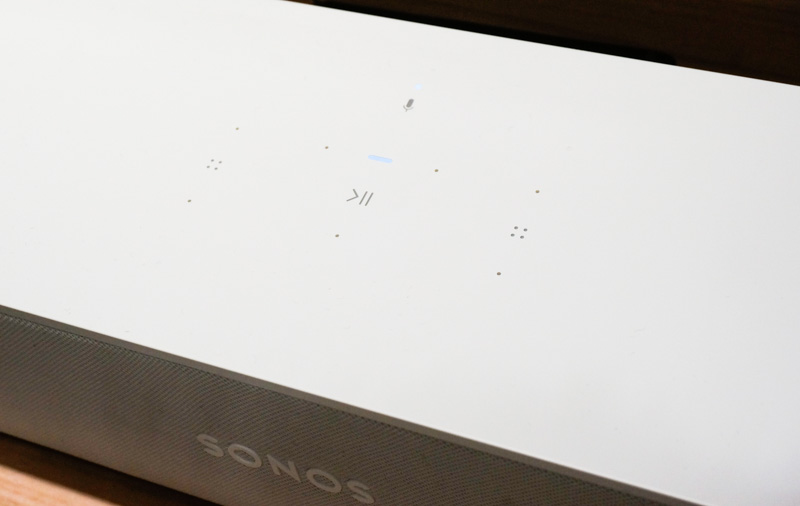 It seems the Beam will be the only sound bar on the market to support multiple voice assistants at once. The sound bar will support Amazon’s Alexa at launch, with Google Assistant support coming later in the year. Apple Airplay 2 support is also said to be coming later via a software update, so Sonos has certainly covered their bases.

Apparently, Sonos intends to allow the smart assistants to work together so you can for example, order books from Amazon, then play audio from your iPhone via Airplay2, all through a single sound bar. The demonstration we were given was quite a bit simpler, where Airplay was used to play audio, then Alexa to turn off the TV. Still, it worked flawlessly and certainly seems like a good option for people with multiple smart devices. 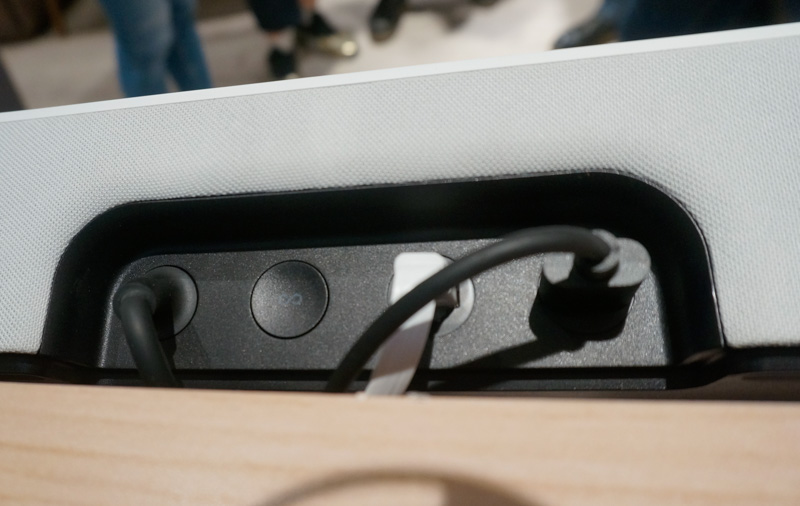 We were given a quick demonstration of the speaker starting with John Mayer’s Still Feel Like Your Man, and the thing that first hit us was how loud that small sound bar could go. Medium-sized living rooms should be certainly no issue for the sound bar, which demonstrated naturalness on the vocals with this piece.

Moving on to the track Wow by Beck, and the sound bar confirmed its ability to produce full-bodied sound with ample body in the bass.This track has a fairly heavy bass line, and the sound bar was able to reproduce this with ease, though we did note some of that the highs were slightly clipped.

Next up, was Lovesong by Adele. This piece opens with a string section, showing off the sound bar’s strengths in the mids and lower highs. We thought the speakers demonstrated good imaging here,managing to keep Adele’s vocals separate from the backing instruments.

Moving on to some video demonstrations, we were first shown a clip from the BBC One series Planet Earth. David Attenborough’s narration pretty much takes you through the action in this series, and this particular clip focused on the day-to-day activity of a harvest mouse.

As you can imagine; a great opportunity to showcase the naturalness of the speaker, as well as its ability to convincingly surround you with sound. We’d say the Sonos Beam certainly passed these tests, rendering the grasslands around us and picking up details like the rustling of grass well.

When we shifted to a clip from the movie The Jungle Book though, we found that the system had a tendency to overemphasize the high notes in an attempt to add to the excitement, leading to a screechy delivery at times. Still, there’s plenty of impact if you need it, so that works for action-packed movies and thrillers. Vocals can be a little too forward at times though, so we’d skip the voice-enhancement mode.

Overall, we’d say the Sonos Beam is certainly something that’s worth looking into if you’re a fan of the Sonos sound. For S$699 you get a lot of punch and an easy way to get your television connected to most of the digital assistants on the market now. And if you have other Sonos speakers, you’ll be instantly be getting into multi-room audio too!

The Sonos Beam will hit stores in Singapore on 17th July, though pre-orders have started now exclusively at Harvey Norman stores. In fact, the only way to experience the Sonos Beam experience before launch is to visit selected Harvey Norman outlets in Millenia Walk, Suntec City, Parkway Parade. Northpoint City, Jurong Point and Viva Business Park Factory Outlet, so if you want to try these speakers out for yourself, that's where you have to go.