First looks at the Sonos Playbase: Park your TV over this sound system

Cinema in a box: First looks at the new Sonos Playbase 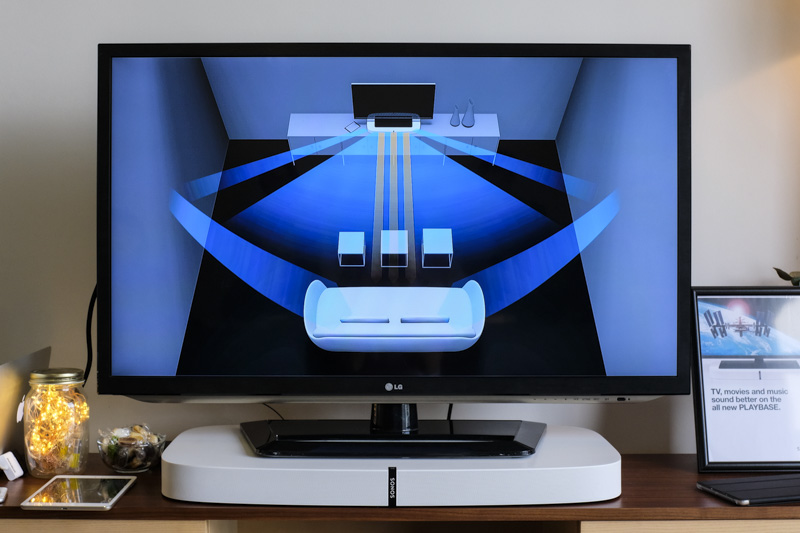 It's been a while since Sonos launched an entirely new speaker (their last all-new offering came back in 2013), so we certainly were intrigued by the prospect of their all-new offering. Sonos says feedback from their market research was that over 70% of their customers weren't mounting their televisions on the wall resulting in their sound bar (the Playbar) being placed right in front of the television. Which, as you may have guessed, isn't the optimal position for it. 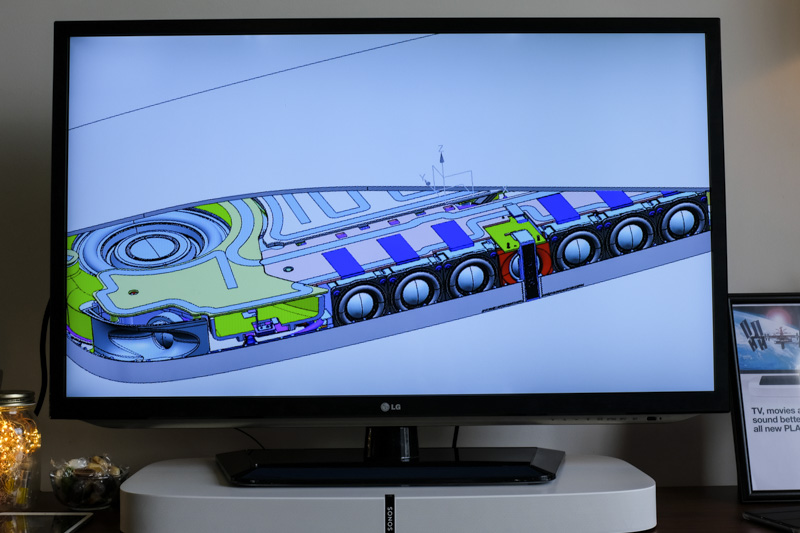 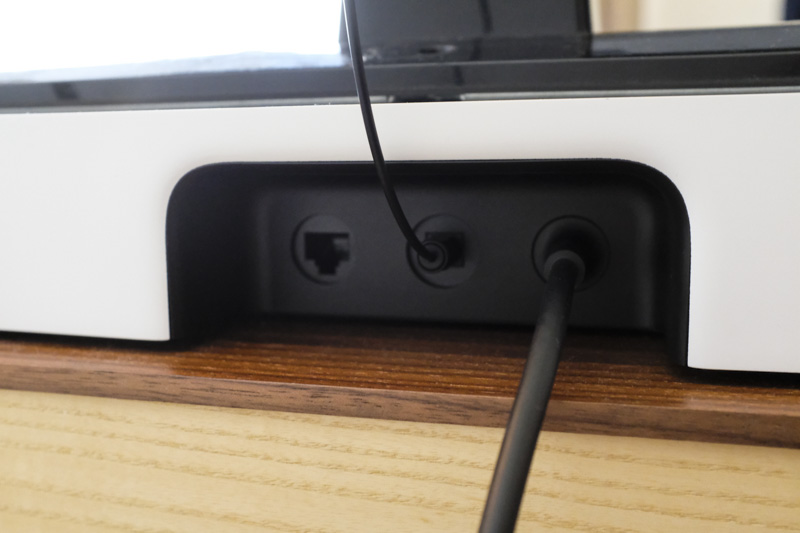 The Playbase has been built to support the weight of a television for years, and Sonos' engineers took three years to develop every aspect of the speaker. They even ended up developing their own glass/plastic polymer material because that was the only way they could ensure the speaker would remain structurally tight for sound. To give this engineering more context, sound boards or sound plates were first popularized in 2013 and 2014 to solve the same concerns why Sonos produced the Playbase. Looks like Sonos took time to develop their own solution, so we do hope their wait plays out in their favor.

Sonos says sound from the speaker is projected only through the sides so none of it goes into your television cabinet, taking out unwanted rumbling noises. Because the Playbase is the slimmest speaker ever developed by Sonos (it stands just 58mm tall), their engineers did a lot of research into properly directing the sound. They discovered that keeping the drivers closer together made it easier to direct the sound, and so developed a combination of software and hardware to do so. 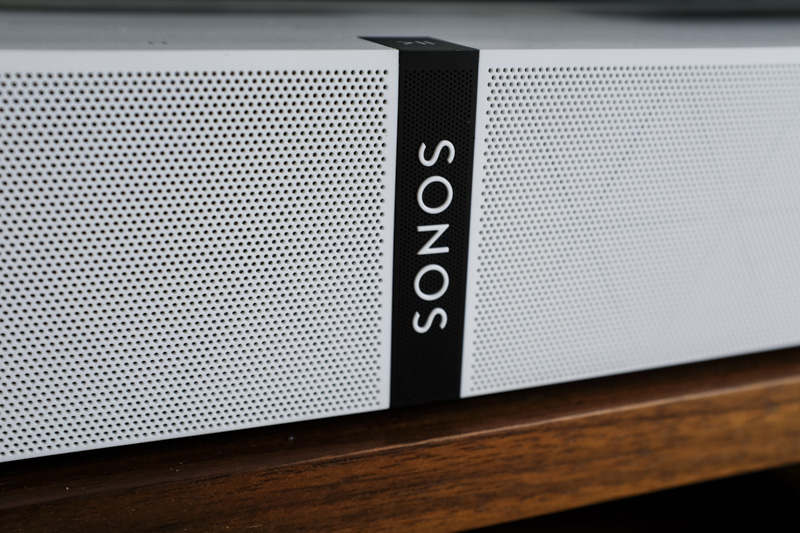 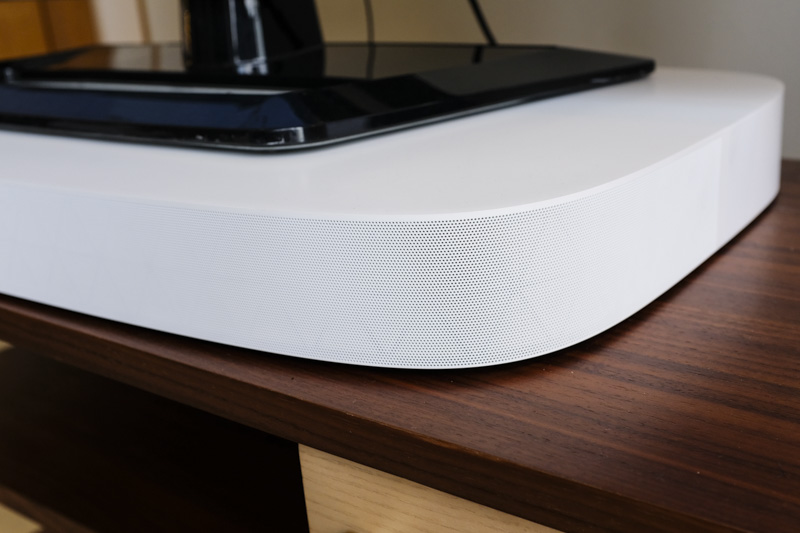 Almost 43,000 holes cover the front of the Playbase for optimal airflow, with the hole varying in size from 0.7mm to 0.9mm in five increments (0.7mm, 0.75mm, 0.8mm, 0.85mm and 0.9mm). Briefly, the smaller holes are to the front, while the larger holes are to the sides. As with the Play:5, even the Sonos logo is perforated, with 828 tiny holes allowing for optimal air (and sound flow).

We're told Sonos sought feedback from noted music producers before finalizing their tuning for the Playbase, and it certainly showed. A recording of Beyonce's Daddy Lessons started off with the Dixie Chicks clapping in time to a full bluegrass band behind, and we were impressed by the speakers' naturalness and just how clean the audio was. Beyonce's vocals were projected well forward of the band, and there you could almost feel the resonance when she matched vocals with the Dixie Chicks.

We then shifted tracks to Musical Genocide by Gregory Porter, a jazz track that features a piano and Porter's vocals heavily. The piano was again rendered nicely, with Porter's vocals nicely forward. Clearly mids are a strength with these speakers, and the nice medium-sized soundstage projected made you feel like he was performing right in front of you. 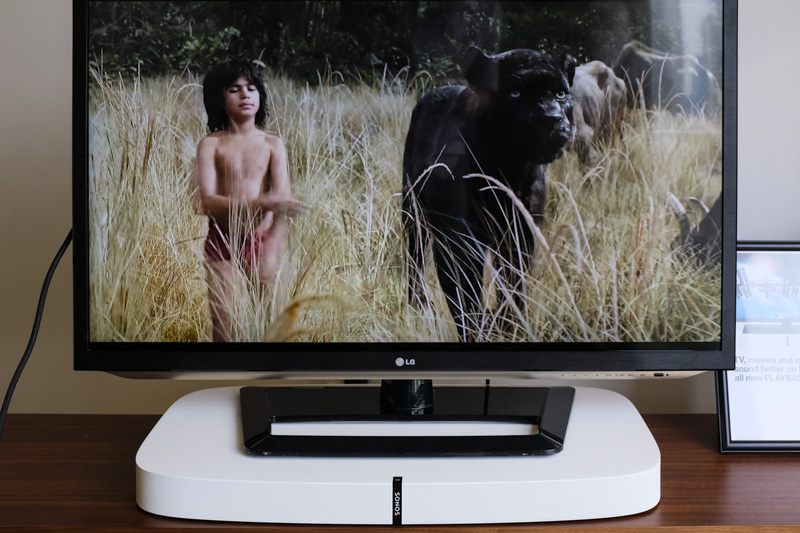 Moving on to a few movie demonstrations, we were again impressed by the naturalness of the Playbase.  A clip from the recent Jungle Book movie was put on next, and all the sound effects from the rustling of the grass as Mowgli walked through the plains to the smushing of mud as buffalo ran through came through crisp and clear.

There's certainly more than enough bass than to be accurate on these speakers, but we must say that it seems that this is a bit more controlled than on the other Sonos speakers we've seen so far. The full set of EQ options are available via the app too, and the Sonos Playbase also gets the benefit of Trueplay calibration; where the system uses the microphone on your smartphone to measure how sound bounces off the walls and furniture in your room. This has actually been improved so the system now optimizes the Playbase for both music and movies.

Global availability is stated to be from 4th April 2017 and the estimated retail price in Singapore is $1,299.

Note: This article was first published on 2nd April 2017.