A tablet made for the edutainment around the home

Samsung drops a big one (literally) on the tablet crowd, just days before the rumored sales launch of Apple’s iPad Pro. Dubbed the Samsung Galaxy View, this 18.4-inch tablet is designed for family bonding with an immersive large screen - at an arm's length. 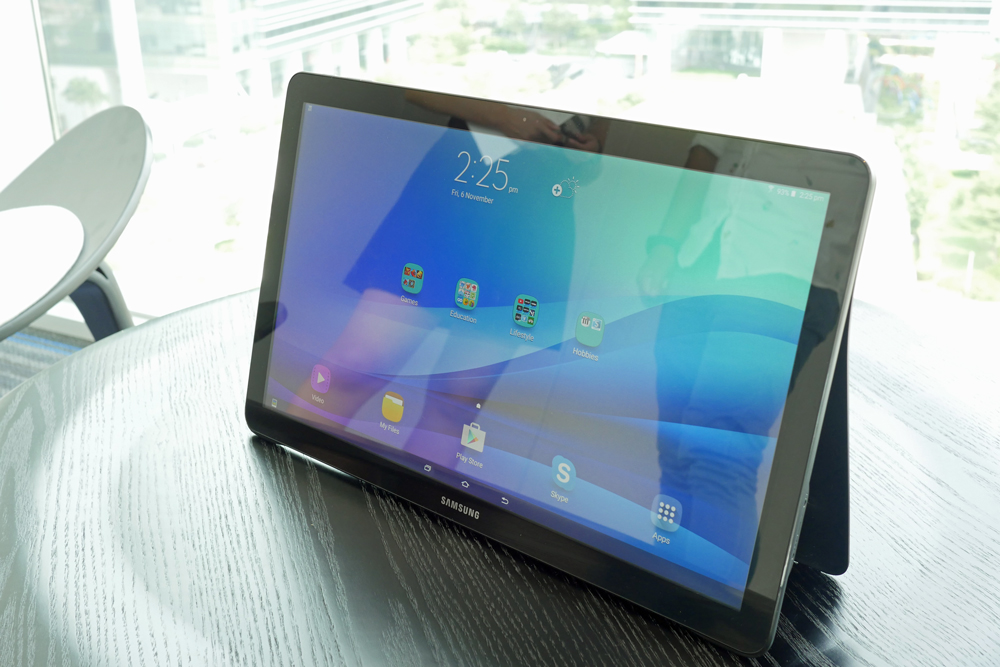 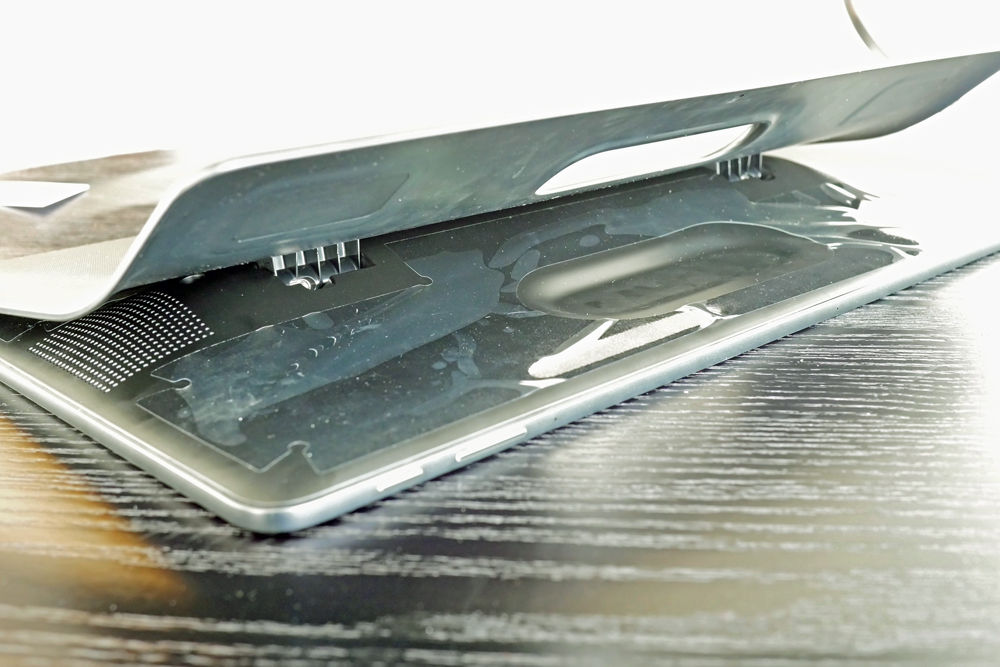 With a massive form factor (for a product that's categorized as a "tablet"), it’s plain to see that the display is the highlight of the Samsung Galaxy View. The tablet has an 18.4-inch Full HD resolution (1,920 x 1,080 pixels) touch screen, giving it a pixel density of ~120 ppi (pixels per inch). In comparison, the recent premium tablet Samsung released - Galaxy Tab S2 - has QXGA resolution (2,048 x 1,536 pixels) on an 8.0-inch screen, which gives you a pixel density of about ~320 ppi. Despite the difference in pixel density, the Galaxy View is still pleasant on the eyes when playing games or watching videos at an arm's length. 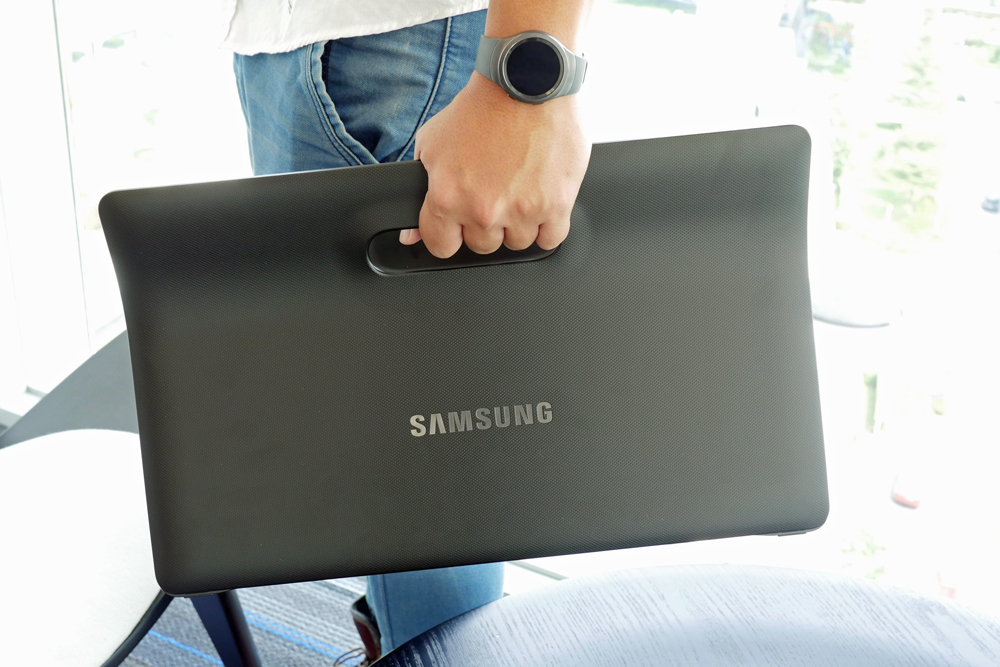 The device is no lightweight either, weighing 2.65kg (2.7kg for the 4G version). Its 451.8 x 275.8 x 11.9mm frame also means that you’ll need a bag pack that's much larger than your usual fare of smaller tablets and laptops, but then again, it this device wasn't actually made for usage in different destinations, but more for shuffling it between different rooms within your house. With a device this big, the Galaxy View also offers a massive 5,700mAh battery capacity that allows it to run up to 8 hours untethered before requiring charging. This is why Samsung classified it as a tablet than an Android-based desktop AIO system.

Like the leaks prior to today, the Galaxy View comes with an integrated handle and stand. With a clever design implementation, both the handle and stand form the same plastic panel on the back of the massive tablet and allows the tablet to either stand upright or lay it flat at a comfortable angle for both consumption and sharing the screen. It's worth noting that it this means the tablet is not entirely flat as the stand cannot be detached and that you should also take note that the plastic back isn't sturdy enough to mount or hang the Galaxy View by its carry handle. 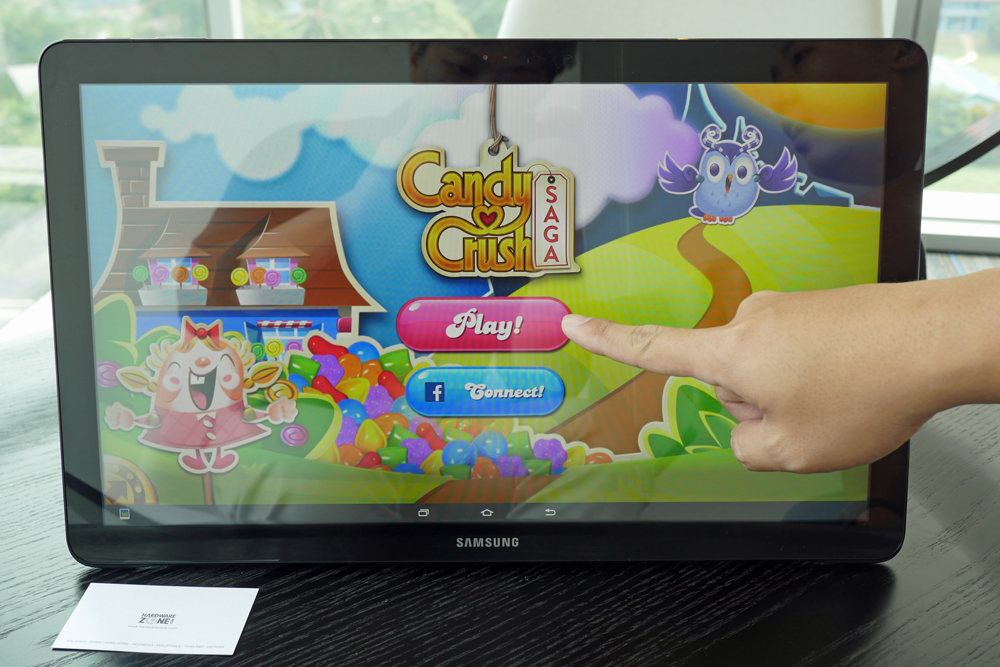 The Samsung Galaxy View runs off the Android 5.1 (Lollipop) operating system and it uses the familiar Samsung re-skin we’ve come to expect from an aesthetic point of view. Interaction with the device is solely via its large touchscreen as the device doesn't have any physical buttons on the front panel to keep it as simple as possible and minimize the size of the bezels. As such, it resembles very much like a large portable screen - minus the video inputs which would have made the Galaxy View a little more useful from a multi-use appliance perspective. It does however come with a physical power button and volume keys on the top frame of the device:- 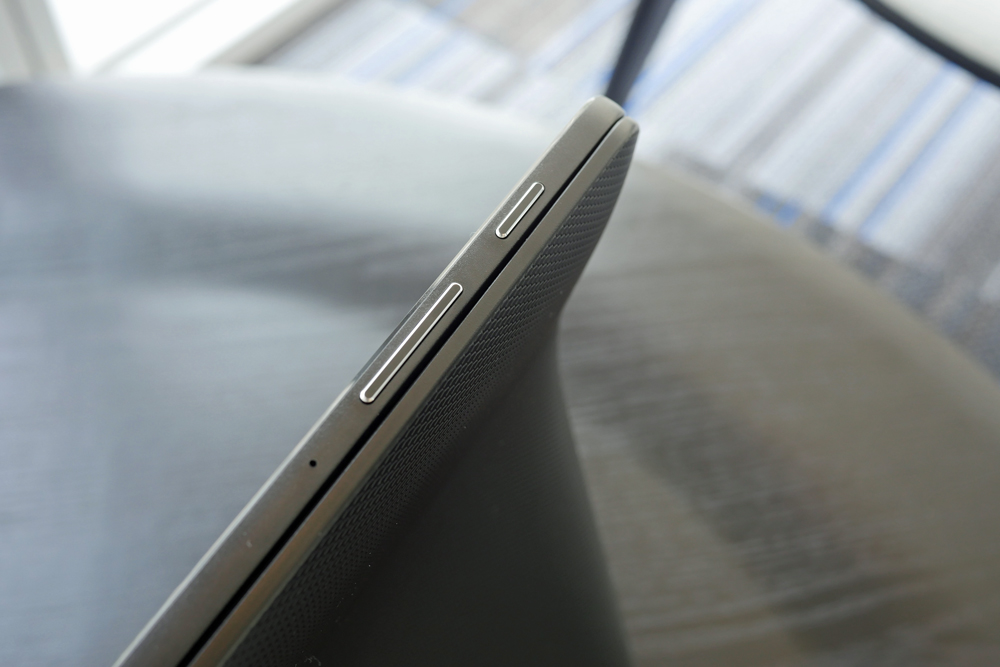 Hardware-wise, the Samsung Galaxy View is powered by a 1.6GHz octa-core Samsung Exynos 7580 processor. It is accompanied with 2GB RAM and it has 32GB of internal storage with a microSD card slot to take another 128GB of expandable storage. As can be expected from these specifications, the tablet’s performance is expectedly smooth and responsive. 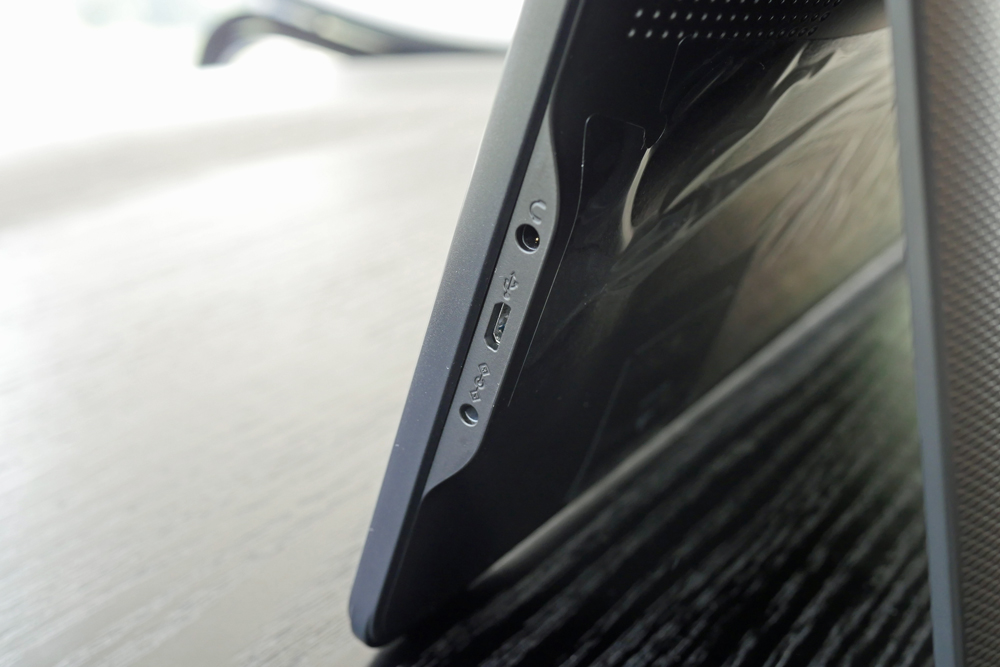 Inputs supported on the device include a micro-USB 2.0 port with OTG support, and a 3.5mm audio output jack. It charges using a DC power jack with a power brick similar to those provided with notebooks. Given the size of this tablet, we feel that the device could afford a few more ports to fully realize its potential. For example, the Galaxy View could have had a HDMI port that would then help the Galaxy View to double up as a big portable screen for gaming parties, or movie watching off another player. 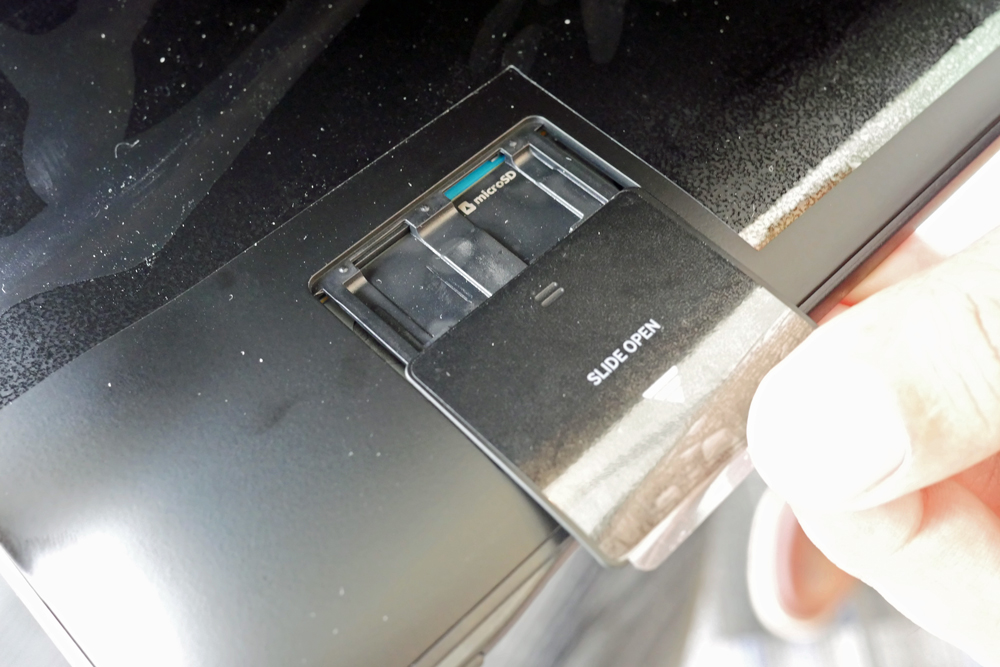 With that said, the tablet still has the crucial wireless connectivity options. The Samsung Galaxy View supports Wireless 802.11a/b/g/n/ac standards and Bluetooth 4.1 with Low Energy functionality. The 4G version of the Galaxy View also comes with a micro-SIM card slot for up to 4G network access.

Appropriate apps for family and edutainment

The form factor and specifications are not the only aspect that make the Galaxy View for what it is; the software features and pre-loaded apps would highly appeal to families with young kids - especially those aged between 3 to 10 years.

Family Square is one such family-friendly feature of the Galaxy View that allows users to connect to it via their smartphones, and design their own personalized notes and photos for sharing with fellow family members. We've got this demoed in the video above.

Another family-oriented feature is the new and improved Samsung KidsTime 3.0, where it comes with age-appropriate content and interface for younger members of the family. Samsung KidsTime 3.0 also comes with KidsTime Parent, for parents to remotely control a child’s access to the Samsung Galaxy View. You can keep track of the kid’s activity, such as time spent on each app, and actively monitor their usage by remotely locking or unlocking the device - either in realtime or an easy to set timer to restrict device access. The Galaxy View comes with 12 free months of curated content ranging from 100 eBooks and games (worth up to S$85).

As a whole, the Samsung Galaxy View seems like an ideal family bonding tool. It features a decent screen, healthy battery life, and useful extra features. While one can argue that they can buy an Android-based All-in-One PCs such as the Acer WebPlay AIO system for about S$400 and the better equipped HP Slate 21 for less than S$600, or practically any Windows OS based AIO systems from S$600 upwards depending on your configuration needs,  the Samsung Galaxy View has the portability and untethered usage angle going for it. It's definitely a niche usage scenario, but perhaps the promotional gift that comes with the purchase makes it a bit more palatable. Otherwise, we feel the Samsung Galaxy View is overpriced for its usage and capabilities offered.