First looks: Samsung Galaxy S8 and S8+ - To infinity and beyond!

The rumor mills have been working overtime predicting Samsung’s next flagship device, especially since the company took a much subdued stance in the months following the Note 7 affair. But, they’ve been picking up steam again with aggressive advertising and marketing to put the point across that any battery issues are a thing of the past. These days, you wouldn’t be able to browse a website or watch a video without seeing Samsung’s 8-point battery safety check ads.

Which brings us to today, the actual launch of the Samsung Galaxy S8 family of devices at the first major Unpacked event in New York. While you’re tuning in to the live-stream of Unpacked 2017, I’ve been fortunate enough to spend a bit of time with the devices the day before to bring you some actual product shots of the Galaxy S8 and S8+. 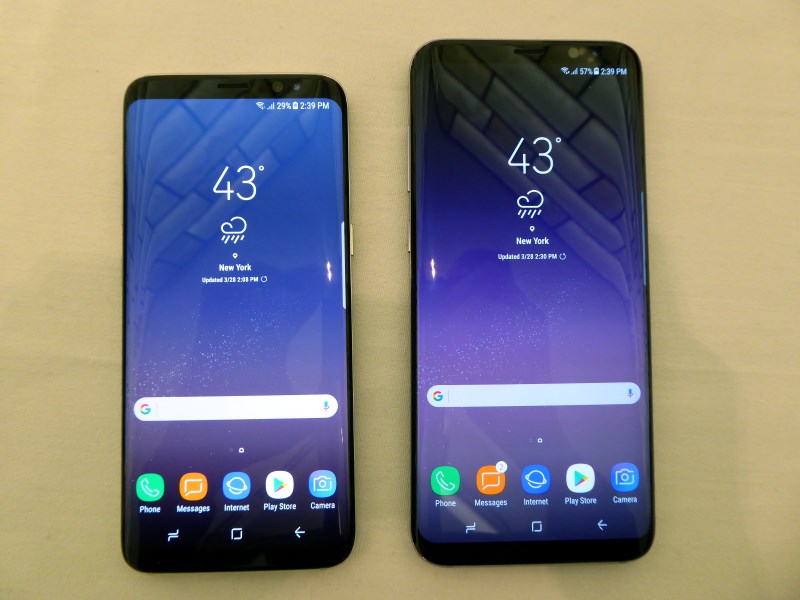 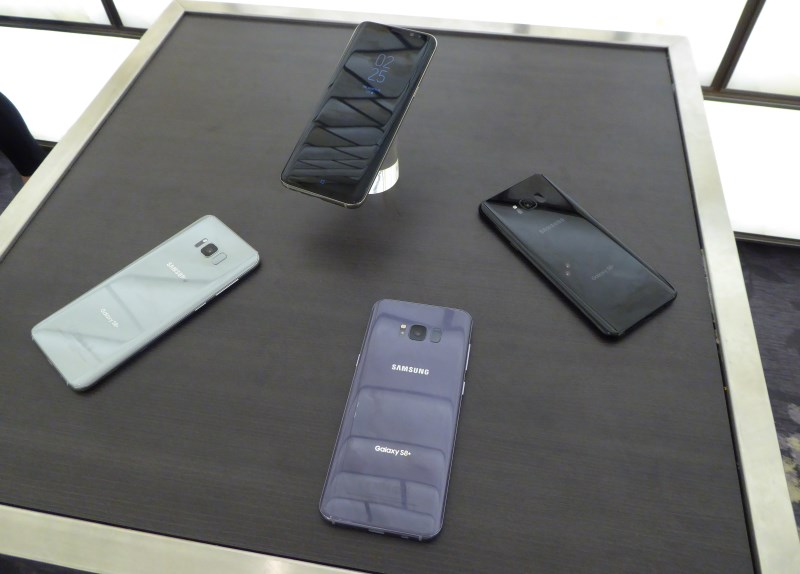 The Samsung Galaxy S8 will indeed come in two variants, a smaller 5.8-inch S8 and a larger 6.2-inch S8+. But unlike the previous S7 and S7 Edge, both the S8 and S8+ have identical specifications, software and design considerations. The only difference between the two devices seem to be their physical screen sizes and battery capacities. As such, the choice between the two will come right down to what fits your hand the best. 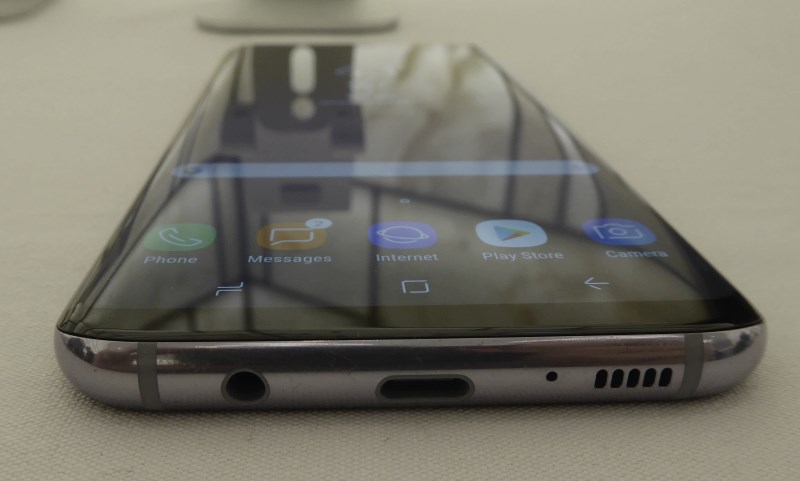 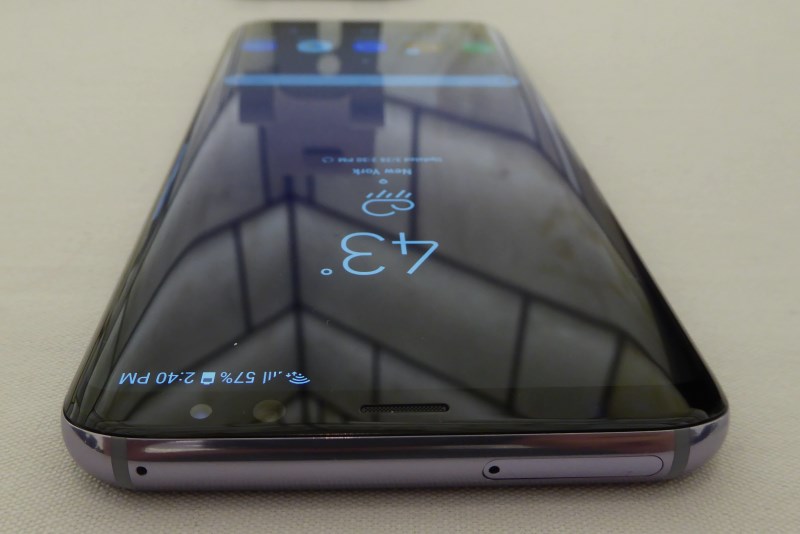 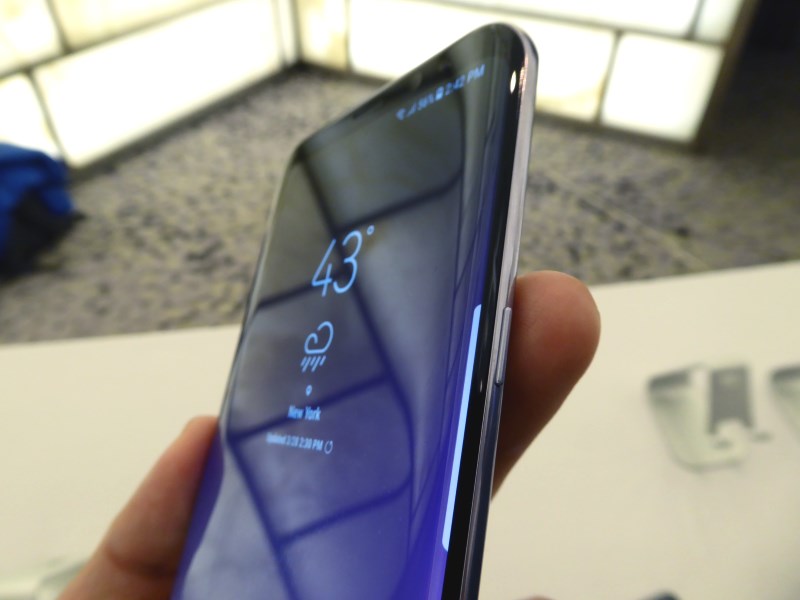 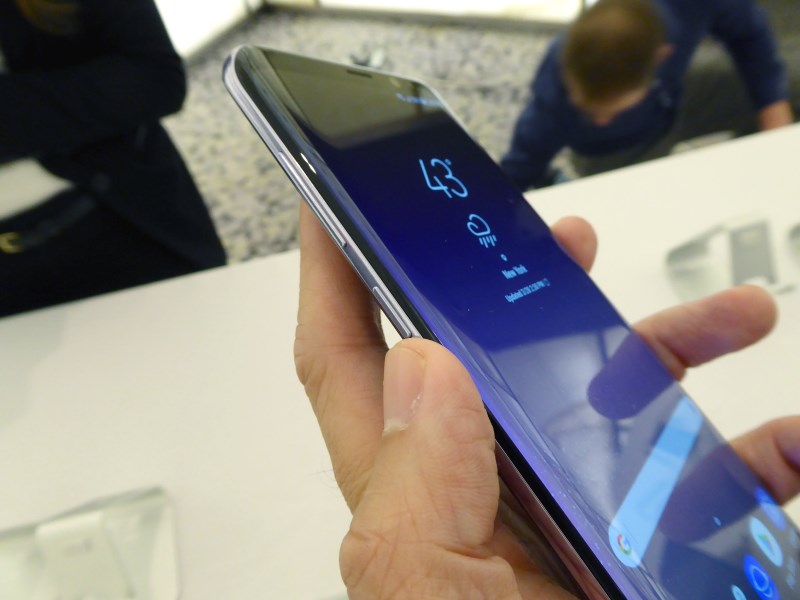 At first glance, both the S8 and S8+ look like souped-up S7 Edges. As expected, the S8 and S8+ will be getting a major boost in processing power, one of the first devices to use next-generation 10nm processors (either the Qualcomm Snapdragon 835 or Samsung Exynos 8895 depending on market, and I'm told that Singapore will receive the Exynos version), faster LTE Cat. 16 (up to 1Gbps peak download speeds) and Android 7.0 out-of-the box. The front camera has also been bumped up to an 8MP shooter (from 5MP on the S7 series) with an F1.7 lens, smart autofocus and face detection capabilities. Because of this, the S8 and S8+ will now support facial recognition unlocking, in addition to fingerprint and iris scanning. 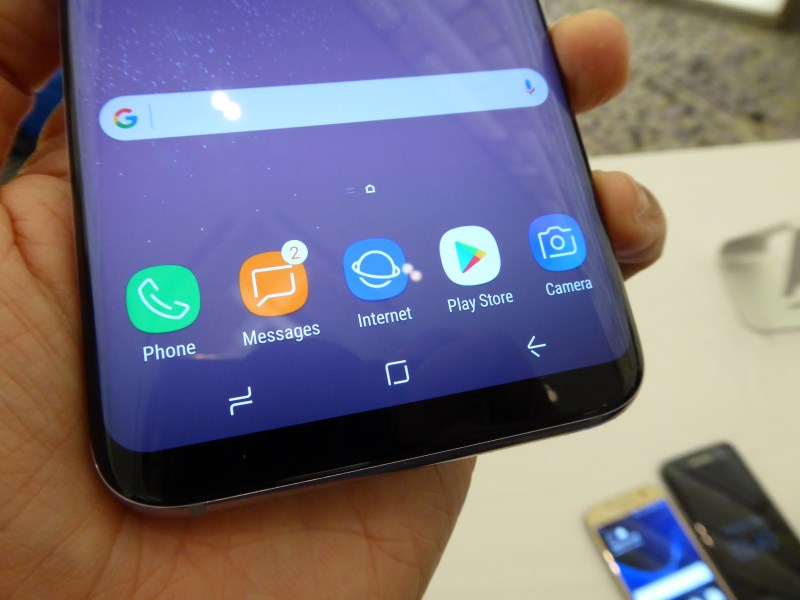 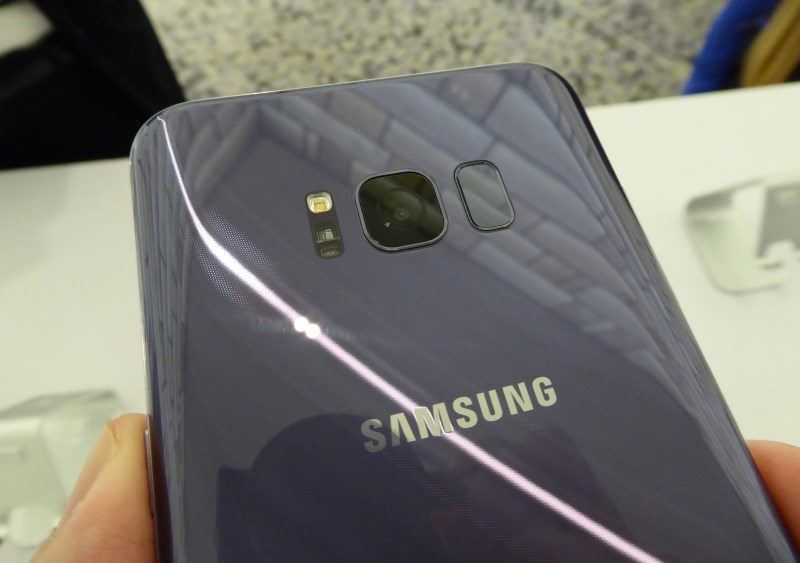 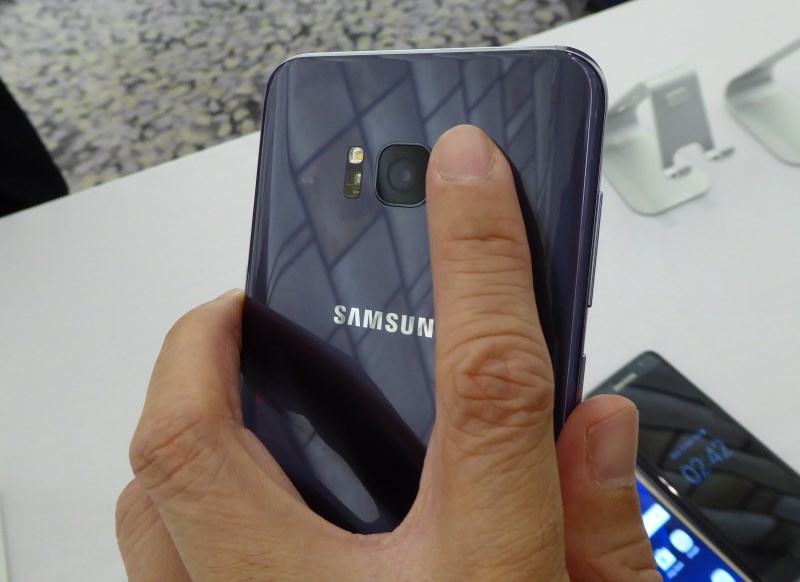 However, the rear camera remains the same 12MP, F1.7 Dual Pixel as found on the previous S7 series. Other features that you should expect to come standard from a flagship Galaxy device include IP68 weather-proofing, always-on display, fast wireless charging and microSD support up to 256GB.

The Samsung Galaxy S8 and S8+ will be globally available from April 21st 2017. We'll update this article as soon as we can confirm Singapore's launch date specifically.

I won't go into too much detail about other specs as they’re pretty straightforward if you look at the spec sheet below. What’s truly new about the S8 series is Samsung’s Infinity Display design and Bixby intelligent assistant integration, which I cover more in the following pages.