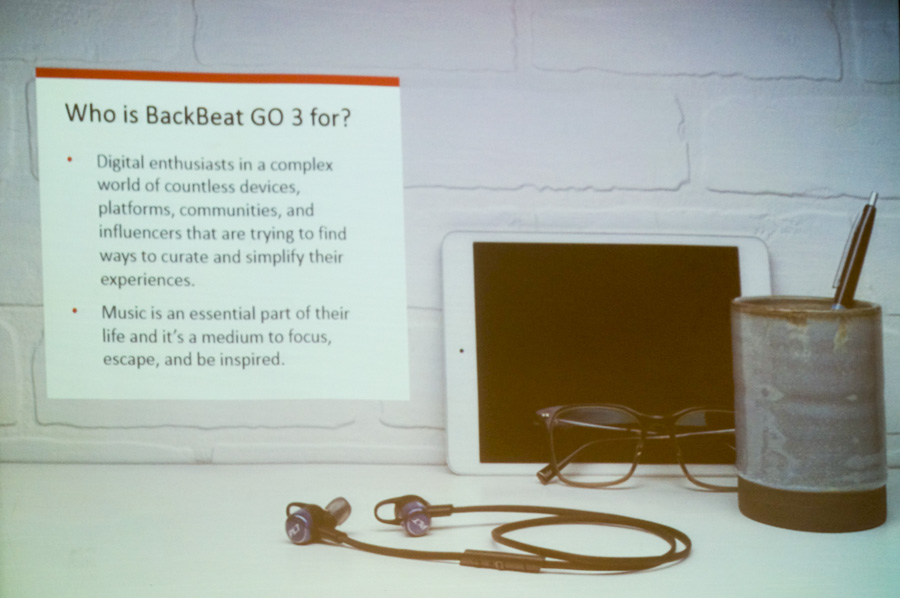 Designed for the digital audio enthusiast

Plantronics showcased their latest set of in-ear headphones at a recent launch event, the BackBeat Go 3. As the slide shows, they’re targeting this range at digital enthusiasts who consider music to be an essential part of their life as "a medium to focus, escape, and be inspired."

To that effect, there’s an obvious emphasis on both design and performance here, as even from a physical perspective the new headphones look much more polished than the BackBeat Go 2 before it. You get a choice of copper orange and cobalt blue (pictured in the first slide), and Plantronics says the new design was built to better fit the human face, so the headphones look as good in your ears as they do in your hands. 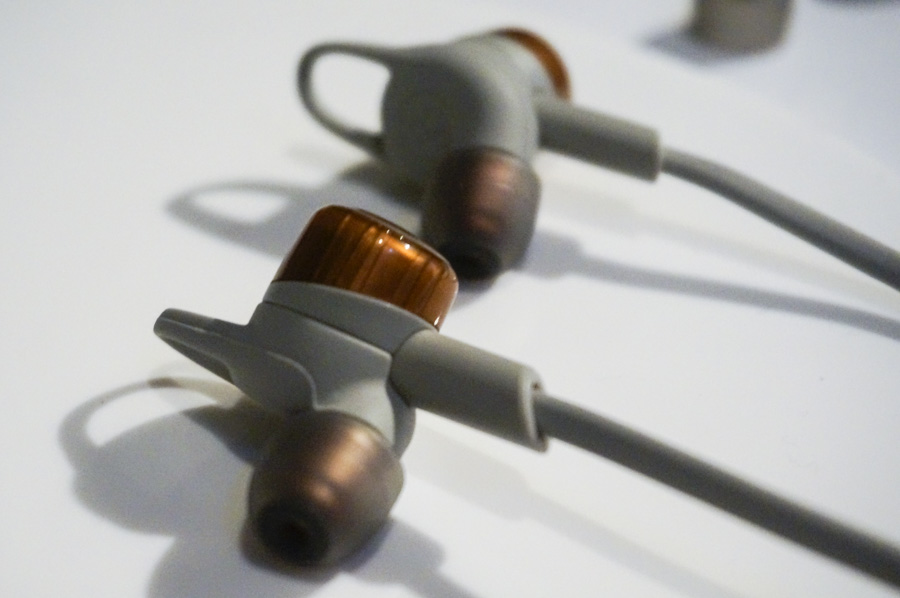 There’s also been added emphasis on improving the seal once they’re in your ears, and Plantronics says that allows the headphones to provide better bass, while also truly immersing you in your music. We’re told the ear buds were designed so they don’t drop out as easily when you move, and three different sized earbuds are provided to allow you to get the best fit possible.

6mm drivers are employed to allow the headphones to cover a wider audio range, and these are rated with a frequency response of 20Hz - 20kHz, with a Total Harmonic Distortion rating of <3%. Plantronics says a proprietary custom codec has also been employed to allow you to hear your music "just as the producer intended", and it certainly seems like the headphones are capable of fairly impressive performance. 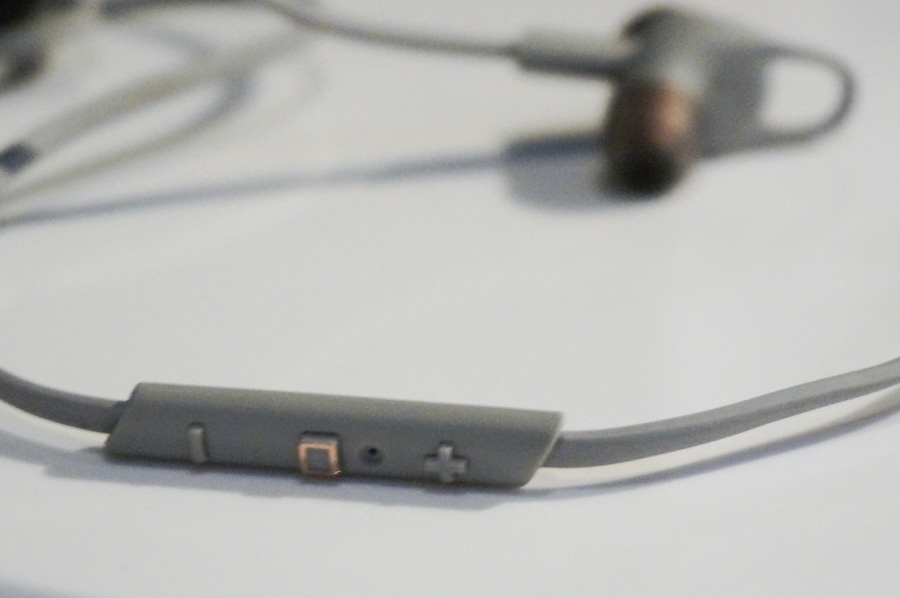 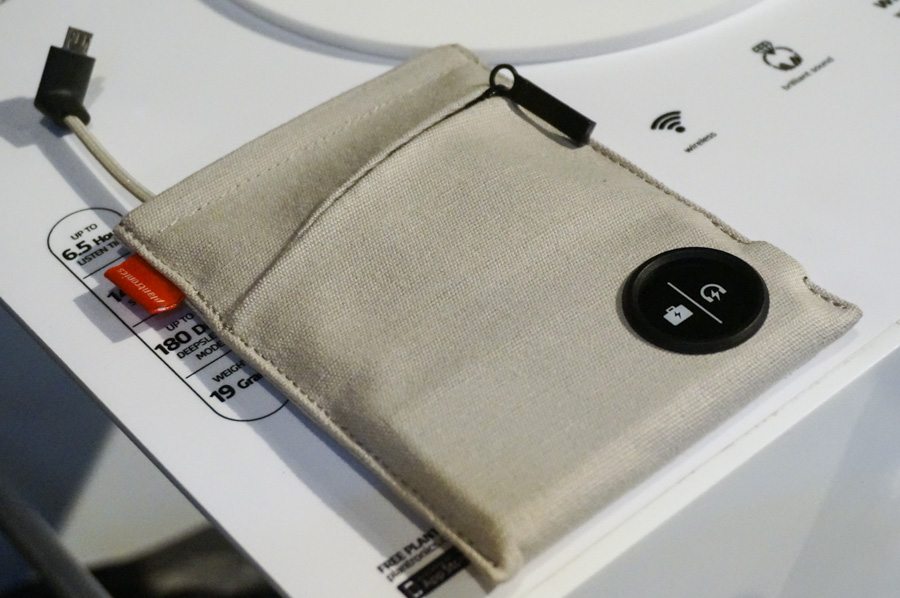 An in-line remote allows you control your music and to take calls without having to pull out your phone, while the headphones themselves have moisture protection thanks to Plantronic’s P2i Nano-coating, so you don’t have to hurriedly stow them away at the first sight of rain.

The BackBeat Go 3 is able to deliver up to 6.5 hours of listening, while a newly designed charging case (available in a separate bundle) adds an extra 13 hours of listening time from its built-in rechargeable battery. Compared to the one for the BackBeat Go 2, the new Charging Case seems larger and there’s also a large LED display to indicate charging status and battery life.

We managed to put a set through a short audition, and have to agree that they are capable of large booming bass, as evidenced from a recording of Hotel California by The Eagles. There seemed to be a good amount of body in the lower registers and a nice ring to the guitars, with decent separation between instruments.

Moving on to Stairway to Heaven by Led Zeppelin, we discovered that perhaps the higher registers weren’t quite as well resolved, as that signature intro riff could definitely have done with better clarity to bring out the ring of the led guitars.

Finishing our quick audition with the epic Knockin’ On Heaven’s Door by Guns N’ Roses, we found the BackBeat Go 3 seemed quite capable of rendering a wide sound stage with good detail all around. The additional sound effects layered throughout the track were fairly distinct, and performance in both mids and bass was certainly not lacking. These in-ear headphones are capable of a fairly wide soundstage though we do think that vocals may not be the strongest suit, suggesting a somewhat U or V shaped sound signature. Still, we’ll leave any judgement off till we get a set in to audition them at our own time (place and equipment too) and conduct a proper review to compare against some of our other headsets in the lab. 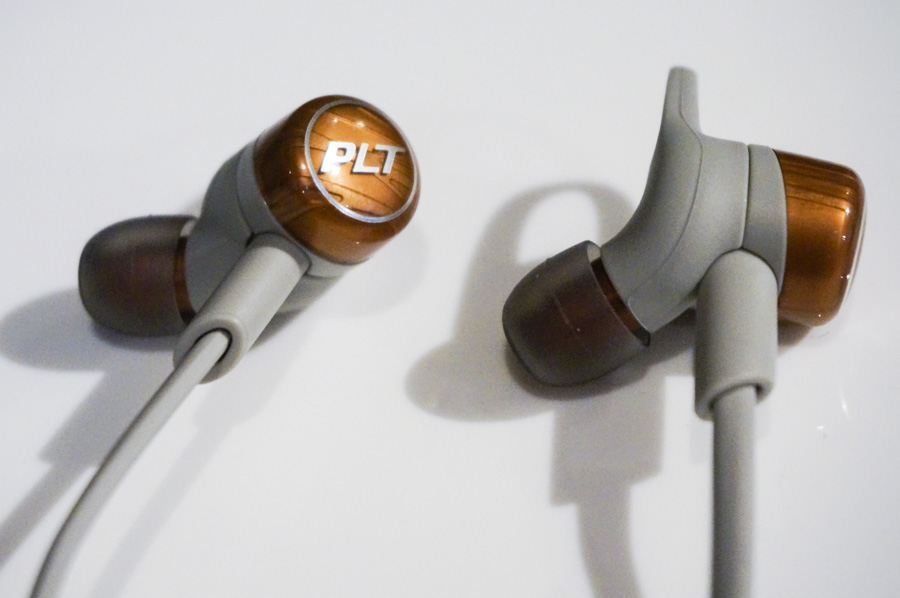 Our early impressions are that the Plantronics BackBeat Go 3 looks good and sounds good too, and is certainly something to consider if you’re looking for wireless convenience with the option of charging on-the-go.

The BackBeat Go 3 alone retails for S$169.00, while the BackBeat Go 3 with Charge Case goes for S$219. That's only a tad more than the official price of the previous version, so the improvements are welcomed for just a slightly higher asking price.