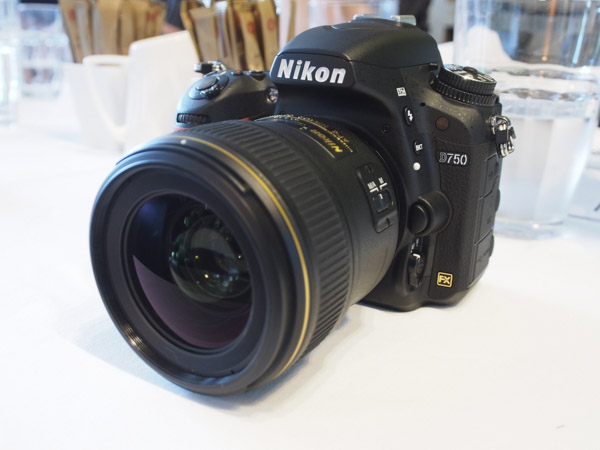 The new Nikon D750 features a 24.3 megapixel full-frame FX CMOS sensor, Expeed 4 imaging processor, and a 51-point autofocus system that employs a new AF sensor module for low-light performance down to -3EV. It gets Group-area AF mode, and has a burst rate of approximately 6.5 fps in both DX and FX formats. Perhaps more importantly for wildlife photographers, the D750 uses 15 cross-type AF sensors for enhanced accuracy, with 11 of those points functional up to f/8.

While the native ISO range of the D750 goes from 100 to 12,800, this is expandable to 50 and 5,1200. Judging from the sample images shown to us, we think the camera probably could be pushed a stop or so further, as the noise levels at ISO 51,200 were very acceptable. Nikon says this is a result of combination of their new enhanced sensor, and the advanced noise processing of the Expeed 4 engine, and we must say it’s something we’re looking forward to testing out further for ourselves. 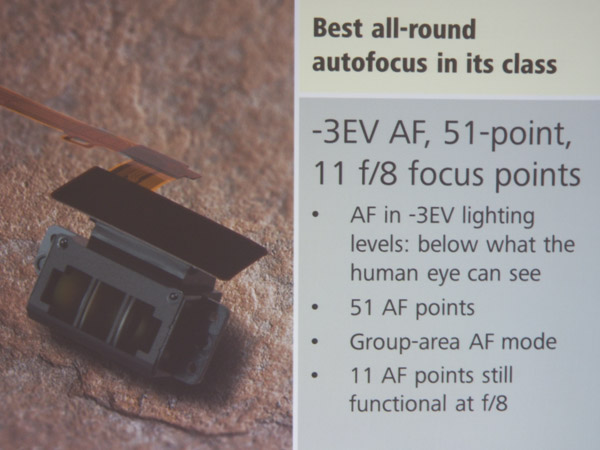 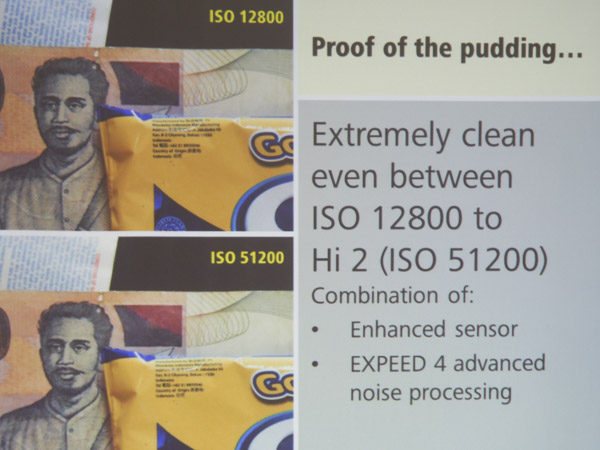 In line with the D810, the D750 now has stereo microphones and the ability to record Full HD movies in 1,920 x 1,080 at 60/30/24p. The Power Aperture feature allows you to make smooth aperture adjustment while recording, and the inclusion of HDMI and headphone jacks allows for external monitoring. 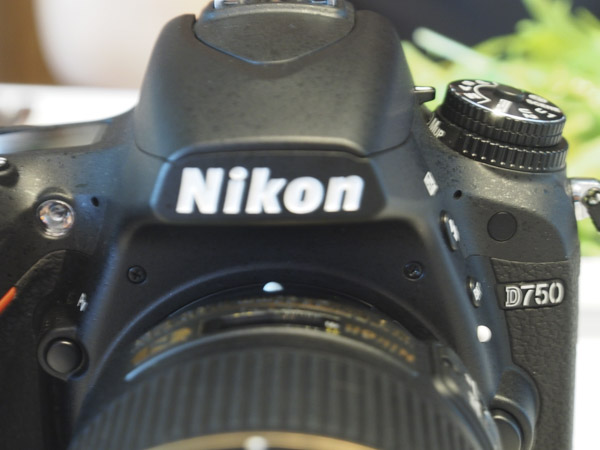 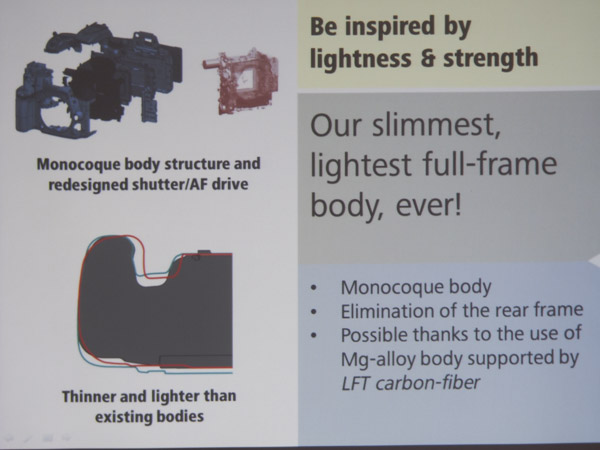 The first impression you get when handling the D750 is how light it is for a full-frame camera. The body has been created using a new monocoque structure that eliminates the rear body panel. A carbon fiber composite has been used for the front body and cover, while the rear and top covers are made of magnesium alloy for a best compromise between weight and durability.

Another nice touch is the inclusion of a tilting LCD screen - the first on a full-frame Nikon DSLR - that simply adds to the usability of the camera, especially when you’re shooting video at awkward angles. We’re told it tilts up to approximately 90 degrees and down to 75 degrees, while still being weather resistant like the rest of the body. 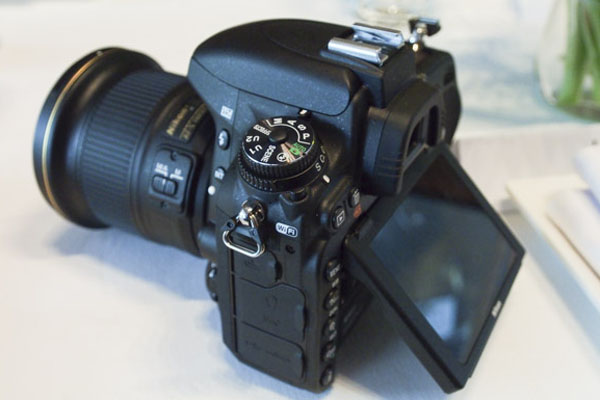 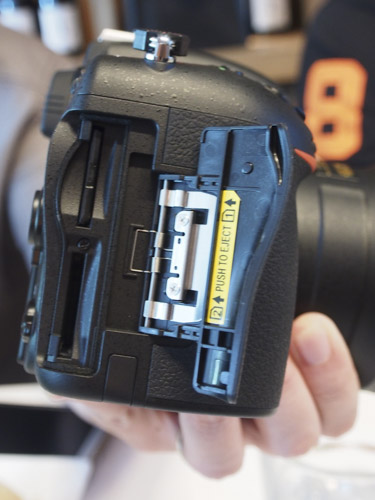 Wi-Fi is also built in to the D750, opening up the option of remote control or wireless transfer of images to a smart device using Nikon’s Wireless Mobile Utility application (a free download for iOS and Android). Another change, is that the D750 features double SD card slots as opposed to having one SD and one CF slot. This allows for overflow recording, backup recording, or separate RAW/JPEG recording and shooting.

In our brief time with the camera, we felt that it autofocused fairly quickly and accurately, and the shutter sound was about as quiet as the D810, though it felt like it’s slightly more of a mechanical slap. Not necessarily louder, just lower pitched. We wish it has the 4-button control pad on top of the drive mode dial like the D810, but that's one of the compromises Nikon has to make to put the D750 at a lower bracket compared to the D810. Also, the focus points are closer together so the coverage is focused mostly around the center of the frame, which will probably lead you to having to focus and recompose more. 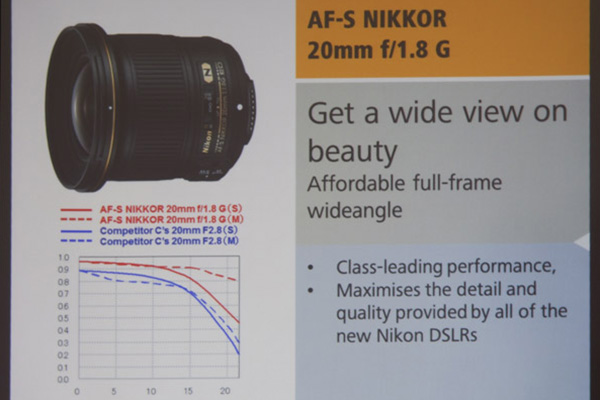 Next up is the AF-S Nikkor 20mm f/1.8G ED lens, which is meant to be a compact, lightweight, full-frame, ultra-wide angle lens to allow photographers a unique perspective. Nikon says that 20mm is the sweet spot where by the lens goes extremely wide, and yet maintains distortion well enough for use with interior shots or architecture applications. The lens seems light enough, and with the inclusion of Nikon’s Nano coat technology, should be able to produce some excellent shots. With a minimum focus distance of 20cm and a maximum aperture of f/1.8, this is one lens that should get you some interesting bokeh effects. 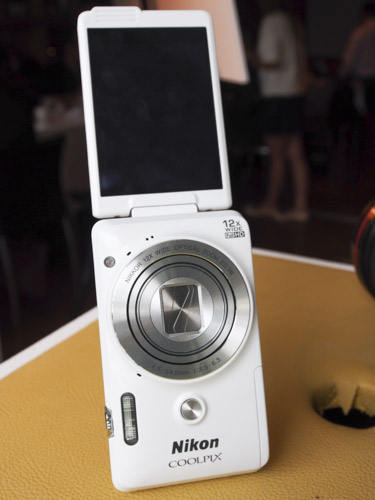 Also announced is the Coolpix S6900, which is essentially a selfie camera with NFC and Wi-Fi support. The Coolpix S6900 features a 16-megapixel backside illuminated CMOS sensor, and covers a wide zoom range from 25-300mm (35mm format equivalent) thanks to its 12x optical zoom Nikkor lens, which also goes to 24x using Nikon’s Dynamic Fine Zoom technology. The in-built lens-shift vibration reduction technology ensures that camera shake doesn’t find its way into your shot, and ED (extra-low dispersion) glass is used in the lens for optimal image quality. 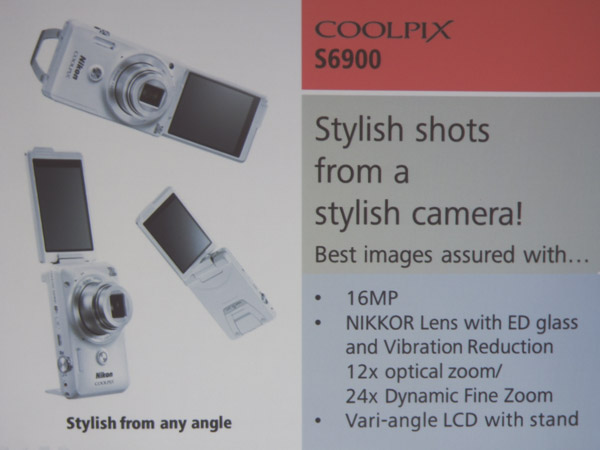 Built-in Wi-Fi makes for easy sharing of images on your favorite social networks, while the flip-up, vari-angle touch LCD screen makes for easy self-portraits. There’s also a stand for hands-free operation in vertical or horizontal mode. Background softening is a new feature built into the camera. It uses the touch LCD to allow you to draw on a portion of your image to mask it out, and then as you adjust the slider, softens the background without affecting your selection. Gesture control allows you to control the camera with your hand movements, though we weren’t able to test this out because the demo set on display didn’t have the final firmware. 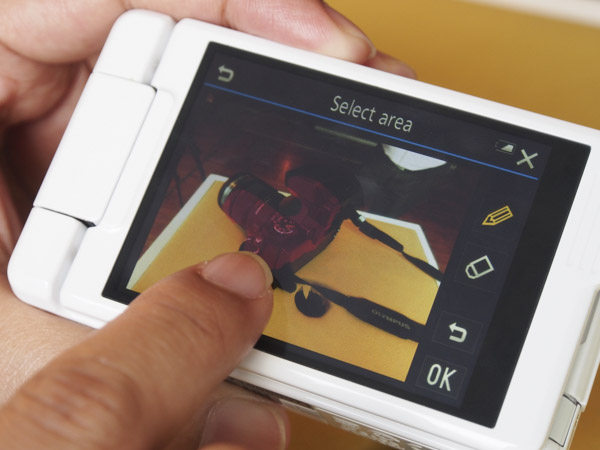 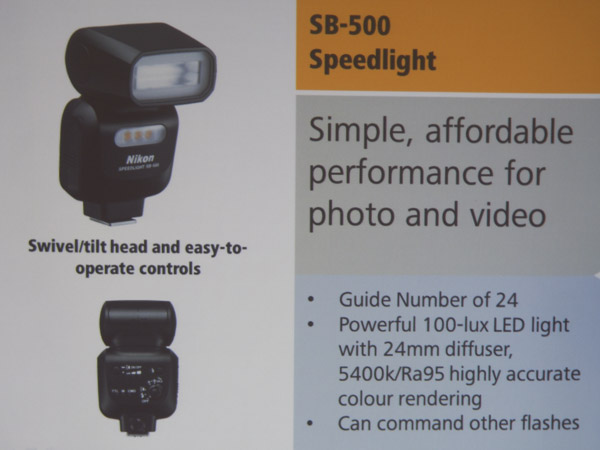 Finally, the Speedlight SB-500 was announced, and this looks to be a compact flash unit that supports both stills and video work. The SB-500 Speedlight has a GN of 24 and is compatible with both Nikon's DX and FX cameras. Impressively, it covers the angle of view of a 24mm lens on only two AA batteries. The SB-500 includes a 100 lux LED light, adjustable in three levels (Low, Mid, High). With a color temperature of 5,400K, the SB-500 looks to be an ideal portable fill light.