The next Apple Watch said to have thinner bezels, new design and faster chip
Event Coverage

Nikon’s CES releases have landed in Singapore, and we’re pleased to give you a quick preview before they hit the stores in the following month. First up, we have a lens that we hope marks the start of many others to come after it - the AF-S Nikkor 300mm f/4E PF ED VR. 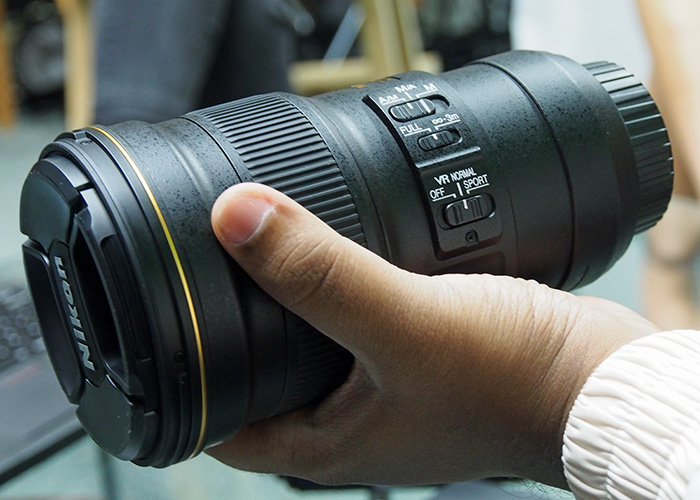 As we mentioned in our CES article here, the AF-S Nikkor 300mm f/4E PF ED VR is the first Nikkor lens to incorporate Nikon’s Phase Fresnel (PF) lens element, resulting in savings not only in weight, but in size. Nikon brought along the previous generation AF-S Nikkor 300mm f/4D IF ED lens for comparison, and the difference is immediately apparent – the new lens is smaller and shorter (it feels like it’s a bit smaller than the AF-S Nikkor 24-70 f/2.8 ED G if you need something for reference), and definitely a lot lighter and easier to handle.

The image samples we were shown certainly seemed impressively sharp, and we’re told that the new lens design helps to handle color fringing because the Fresnel lens has a surface pattern similar to a saw tooth, which creates many micro lenses that bend light more precisely, allowing engineers to use thinner materials, and reducing the effects of chromatic aberration. 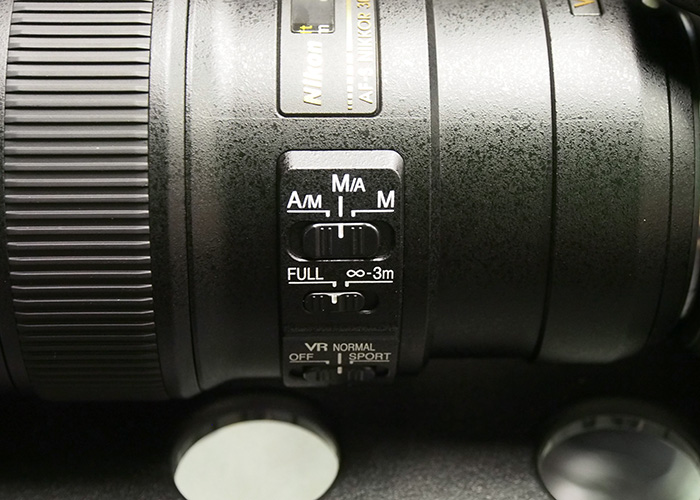 Compared to the previous model, the new lens is about 7.5cm shorter, and close to 0.5 kg lighter. The VR module allows for image stabilization equivalent to 4.5 stops, and the lens now uses an electronic diaphragm design that apparently allows for more accurate control over the lens aperture. Meanwhile, a new Sports VR mode has been included to better react to swift panning motions, while there's a new set of override settings for manual and auto focus - A/M mode. In this mode, the autofocus system kicks in to fine tune what you've set the focus at manually. That's opposite to the M/A mode where you manually fine tune what the camera focused on with autofocus. 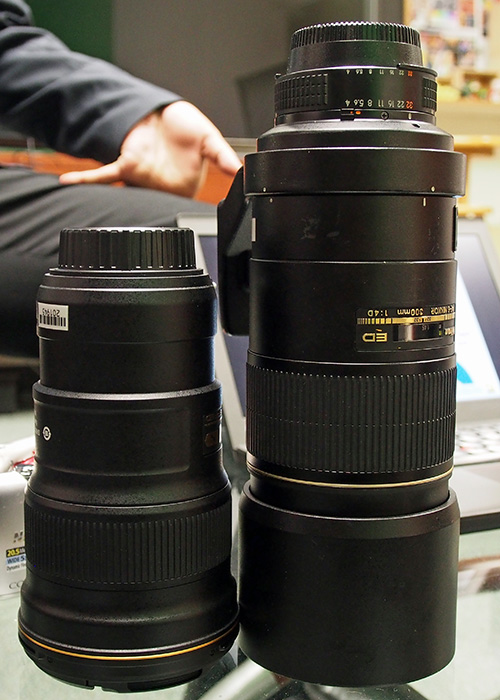 Nikon says that they are working on bringing Phase Fresnel technology to zoom lenses, but the new design will be coming to their prime lens line-up, with plans for a few more lighter primes already in the discussion. And yes, they can achieve wide apertures like f/2.8 with this design too, so we can potentially look forward to a much lighter and more compact line-up of lenses in the future. 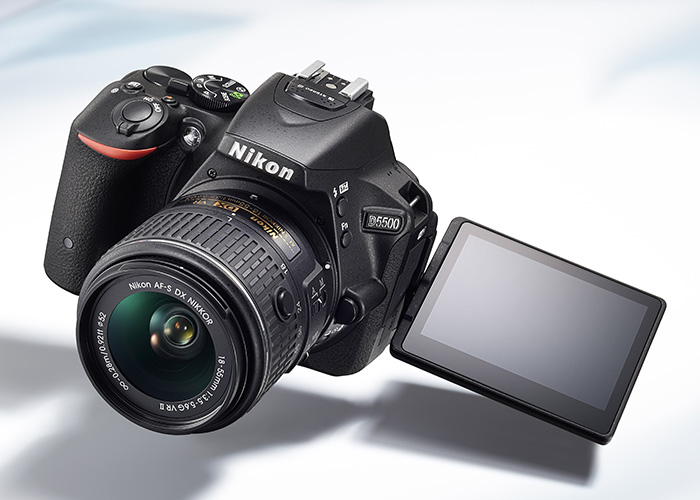 The Nikon D5500 was also announced at CES 2015, and as we noted then, uses the same monocoque design with carbon fiber composite as the D750 to achieve a light yet durable body. Long carbon fibers are used in the composite, and we’re told this design allows the outer body shell to carry the load, allowing Nikon to eliminate the usual chassis/baseplate combination, thus gaining the weight savings achieved. 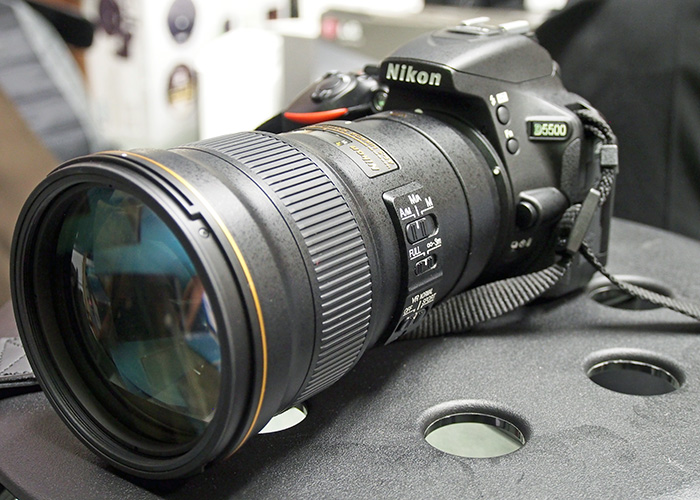 How much savings? Well, the D5500 weighs a mere 420g, lighter than the Canon 700D at 575g, and even the Fujifilm X-T1 at 435g, so that’s certainly quite an achievement for an APS-C sized camera. Crucially though, the D5500 hasn’t become too small to handle, and we think that’s in large part due to smart body design with a new deep handgrip that’s some 28% deeper than what’s on the D5300.

While the thickness of the body has been reduced by 35% (from 48mm to 31.2mm), the grip depth has increased from 19.5mm to 27.2 mm. We tried it with the new AF-S Nikkor 300mm f/4E PF ED VR, and the combination was certainly a manageable one, even when single-handed. 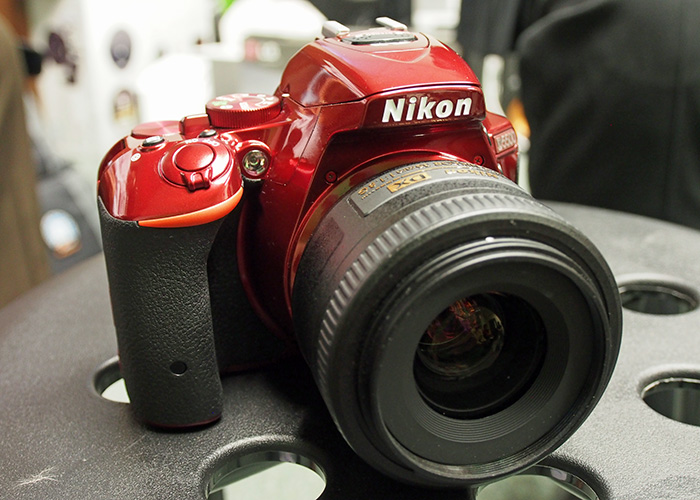 Under the hood, the D5500 has a 24.2MP DX-format APS-C sized sensor with no OLPF for optimal detail and sharpness. The native ISO settings are now rated up to ISO 25,600, and the battery life is rated for an impressive 820 shots by CIPA standards. 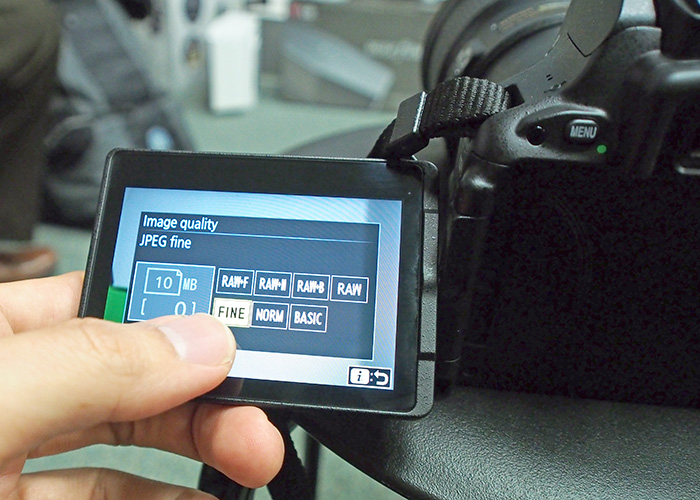 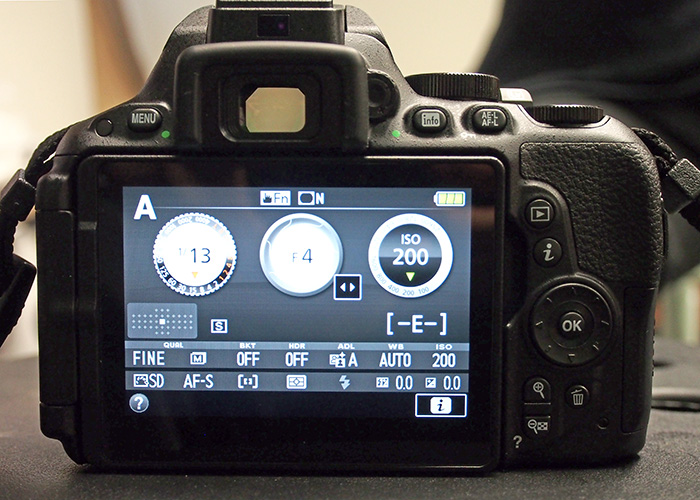 The most interesting is perhaps the inclusion of a vari-angle swivel 3.2-inch LCD with touch. While swivel LCDs with touch are not new to cameras, Nikon has added a new Touch Fn that keeps half of the touchscreen active even when the screen is off. Why you ask? Because that half of the screen now becomes a touch pad of sorts that lets you change settings of a selected function. We tried it with the Touch Fn set to AF point, and we must say it’s a great way to select a particular AF point very quickly. The eye sensor that toggles the LCD on and off is fairly well calibrated, and this particular function works whether the screen is open and swung away from the body, or closed. 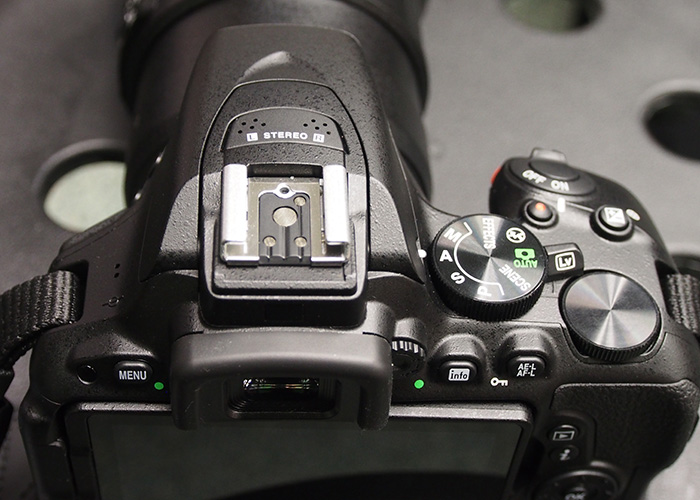 The D5500 also gains new Picture Control settings, an Interval Timer (like on the D4S/D810), vignette control, and improved Contrast detect AF for better video autofocusing performance (20% improvement by Nikon’s estimates). All in, we like what we’re seeing from the D5500, as it signifies a shift in considerations for usability on "traditional" DSLRs, so we’re eager to see what the competition comes out with in response.

Pricing has yet to be announced for both products, but the AF-S NIKKOR 300mm F/4E PF ED VR  should be available in stores by the end of this month, with the D5500 camera available by early February.

In the meantime, do stay tuned as we'll be sure to get you a proper review once Nikon gets sample units in.