First looks: The MSI Vortex is one small and very powerful machine

First looks: The MSI Vortex is one small and very powerful machine 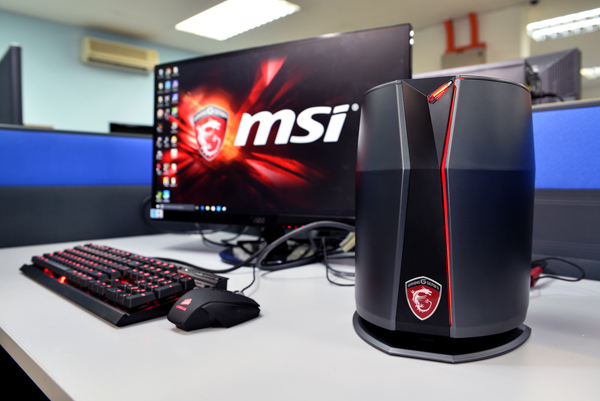 The MSI Vortex was first unveiled during CES earlier this year. While the Vortex has yet to come to Singapore, our HWZ Malaysia team had the opportunity to spend some time with the machine.

As a compact PC that resembles the Mac Pro, the Vortex still boasts some power-packed specifications. They include an Intel Core i7-6700K processor, 32GB of dual-channel DDR4 RAM running at 2,133Mhz, and get this – two NVIDIA GeForce GTX 980 graphics cards in SLI mode! 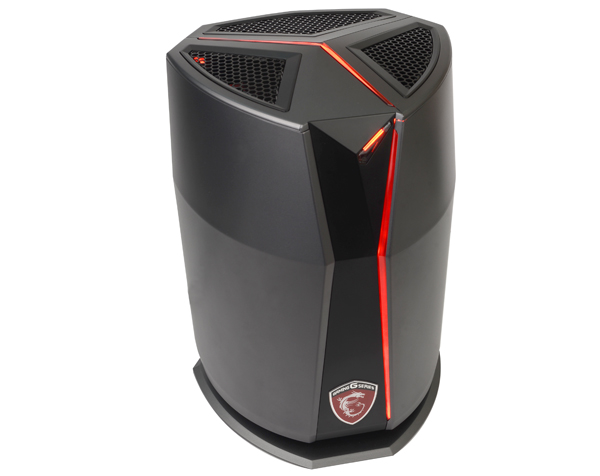 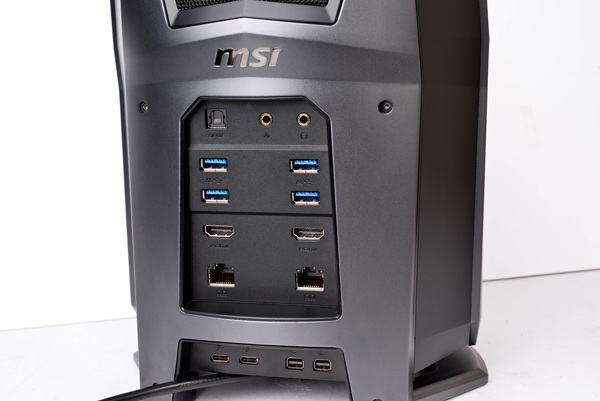 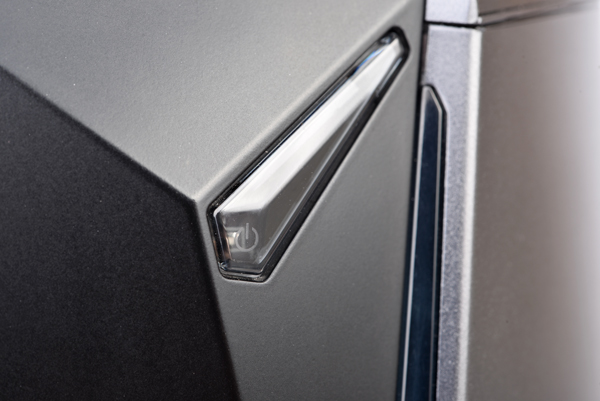 Other components include two 128GB M.2 SSDs in RAID 0 configuration, as well as a 1TB 7,200rpm Hitachi HDD. There's no optical drive, so you'll have to opt for an external one if you're still using DVDs (or Blu-ray Discs). As for connectivity, there are four USB 3.0 ports, two HDMI ports, two Gigabit Ethernet ports, two USB Type-C ports that double as Thunderbolt 3, and two Mini DisplayPorts. There's also an S/PDIF output, as well as two 3.5mm audio jacks – one for input and the other for output. 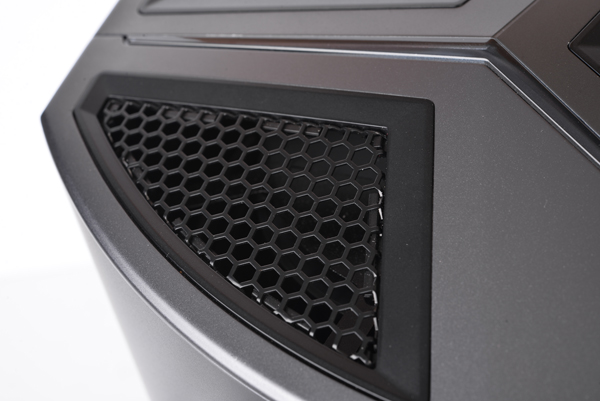 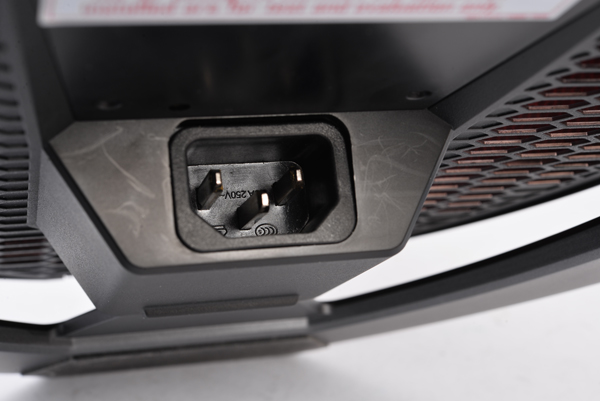 During our brief time with this little monster, we found that while it's tiny, it does produce a significant amount of heat, which thankfully, the cooling system dissipates very effectively. This cooling power comes at the cost of noise though – the exhaust fan up top can become pretty noisy when running games. As for performance, there's no denying that the Vortex is possibly one of the best systems for gaming today. The benchmarks below speak for themselves. 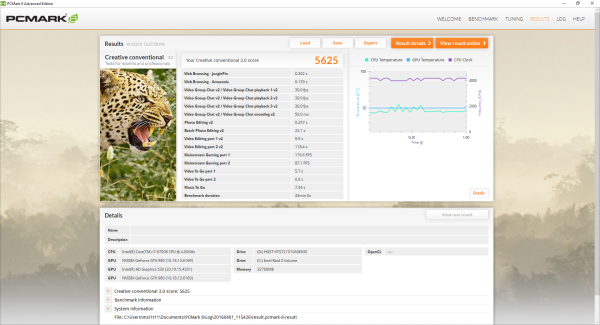 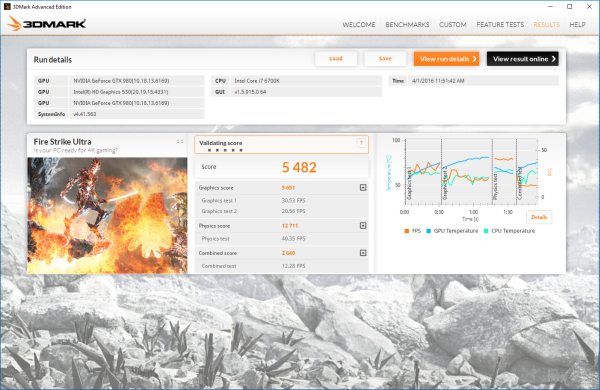 We also ran a couple of games on the Vortex, namely The Witcher 3: Wild Hunt and Rise of the Tomb Raider. 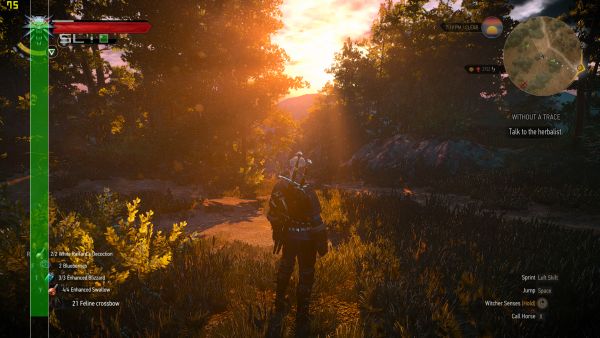 We also took a look at the Dragon Center software, which comes pre-loaded with the Vortex, and found it to be very intuitive. You can pretty much control every aspect of the Vortex with this software, from lighting to hardware tuning. 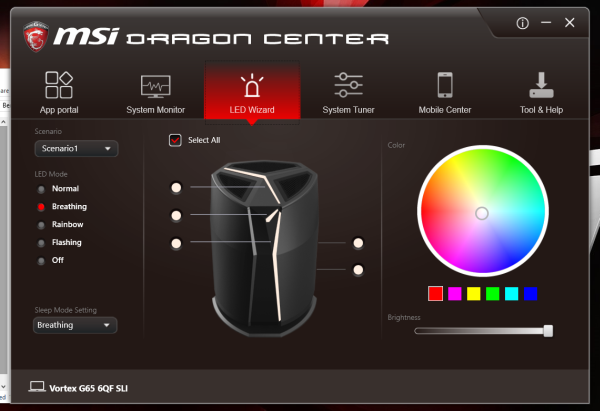 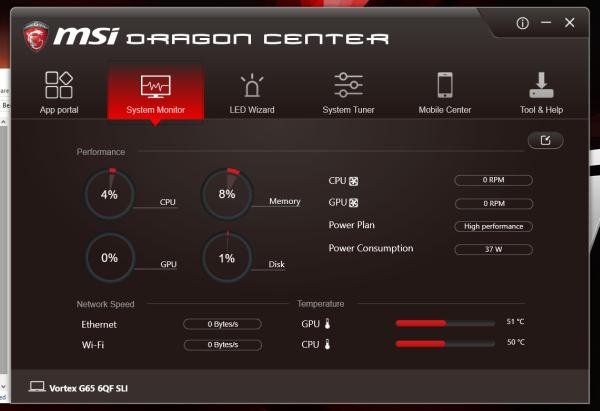