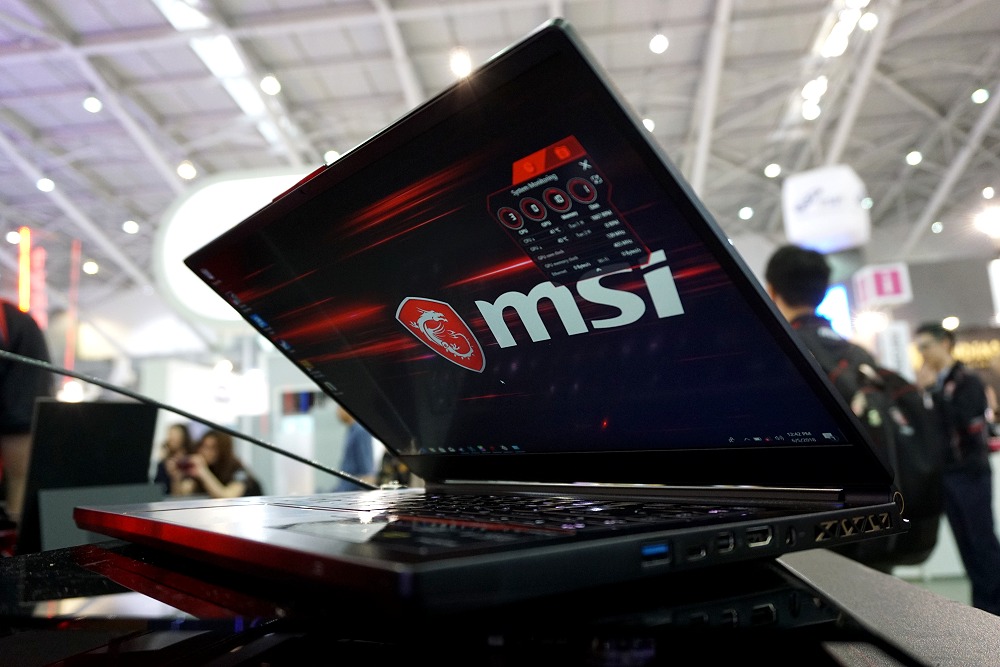 Pushing the boundaries of thin and light gaming notebooks

Thin and light are a key focus for several 2018 notebooks and MSI is taking this to their gaming notebooks in a big way with a revamped design promoting thin bezels and an updated body to match the screen, but without any compromises whatsoever. In fact, you’ll probably find a surprising number of enhancements and refinements.

MSI’s GS-series of laptops have long been purveyors of thin designs, lightweight gaming notebooks that have thus far been class leaders for those who rank portability high on their preference list.

The recently launched 15.6-inch GS65 Stealth Thin is no exception; measuring just 17.7mm thin and weighing just 1.8kg like its predecessor, its new super slim 4.9mm bezel design means a smaller footprint and a higher screen-to-body ratio at 82%. That ranks high in the realm of gaming notebooks and it means you’ll get to have a more immersive gaming experience with less distraction while enjoying a modern edge-to-edge screen design.

Speaking of it 15.6-inch screen, MSI is very proud to tout that the MSI GS65 Stealth Thin is also the world’s first thin bezel gaming notebook to sport a 144Hz, 7ms IPS-class display. Surprisingly, the screen can still open to 180 degrees flat, if you do need the added flexibility. 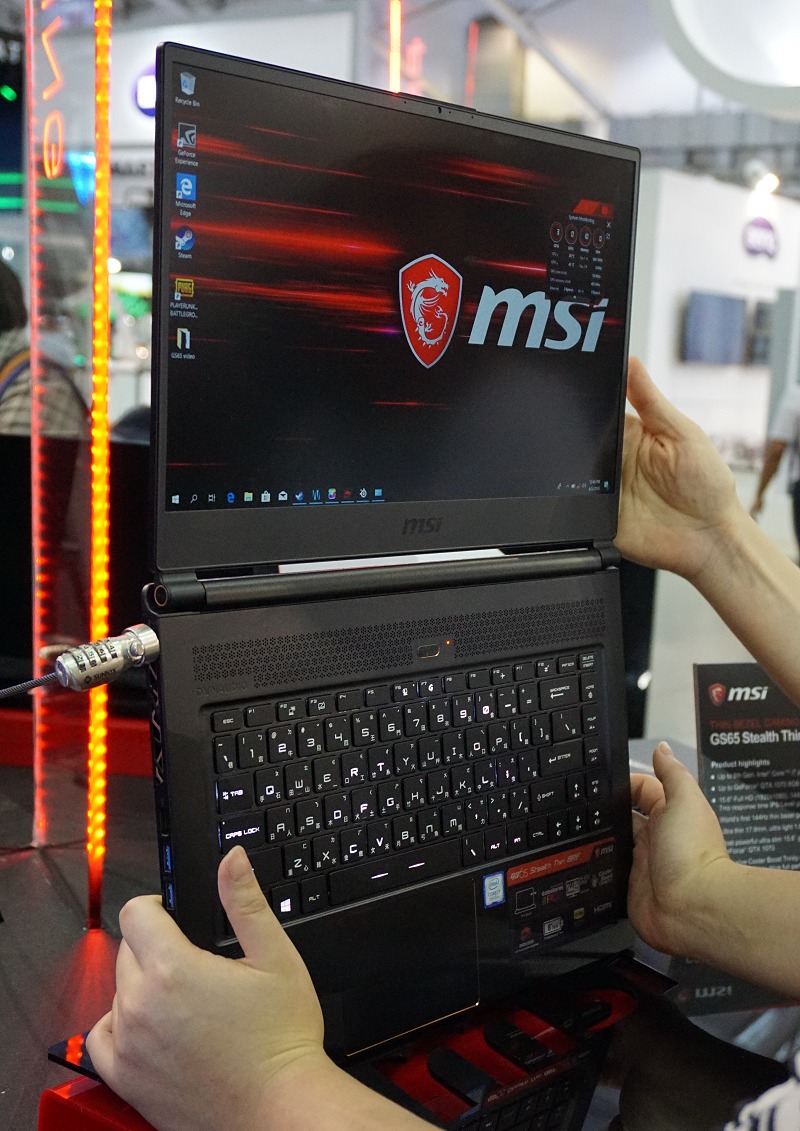 Suffice to say, with these specs, the screen resolution is 1,920 x 1,080 pixels and is powered by either a GeForce GTX 1060 GPU or a GeForce GTX 1070 Max-Q GPU. For a notebook this thin, it’s just mind-boggling that you can get this level of GPU sandwiched within.

While NVIDIA’s Max-Q design plays a part to eek out maximum performance optimization for its chassis design, MSI too has beefed up the GS65 Stealth Thin’s cooling subsystem with an enhanced cooler boost technology called Cooler Boost Trinity. Equipped with two dedicated modules to cool the CPU and GPU components, it employs 4 heatpipes and triple fans. The fan design too is updated with 47 blades and is ultra-thin at just 0.2mm to help move more air. 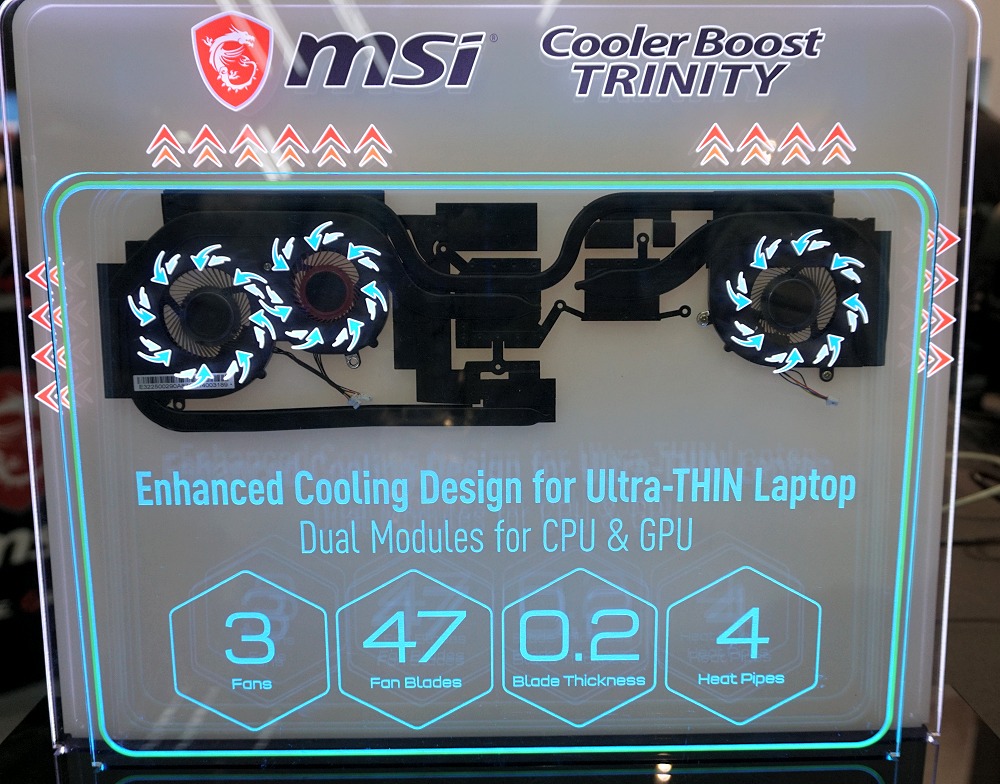 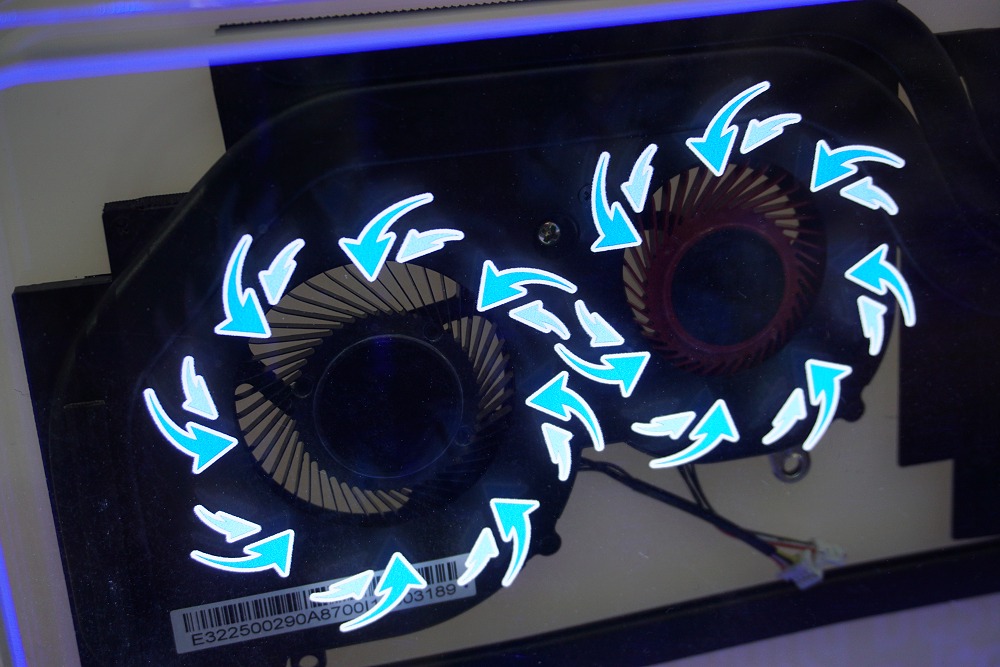 The gaming notebook that doesn't scream it is one 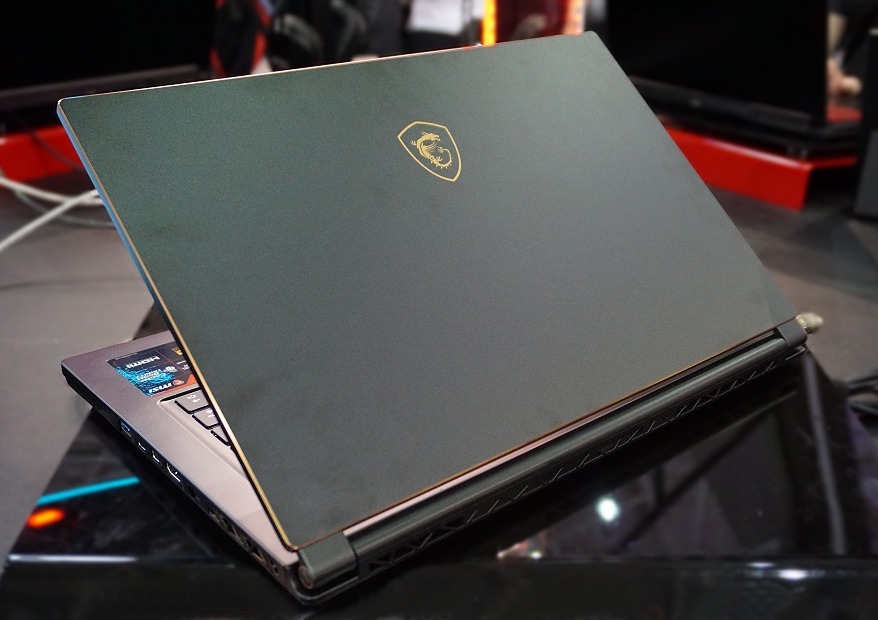 From a design perspective, the MSI GS65 Stealth Thin is the most understated gaming notebook they’ve ever produced.

That’s a great direction as consumers are hankering for more sophistication and less of designs that outright scream and identify gamers. Not that gamers don’t like to be known as gamers, but because notebooks are evolving such that you no longer need to own a classic chunky notebook for serious gaming and a business-centric portable notebook for your daily work needs. Today, you’ve an increasing number of thin and light gaming notebooks that can double up for both work or play and the MSI GS-series is easily at the forefront of this movement. Toting around a flashy notebook to the office can be a distracting element and negatively associate you for not taking your job seriously. The GS65 Stealth Thin’s understated looks and strategically placed gold accents strike a positive note for those who need an ideal 2-in-1 notebook for work during the day and by night, gaming on the same laptop – all without sacrificing performance or capabilities. 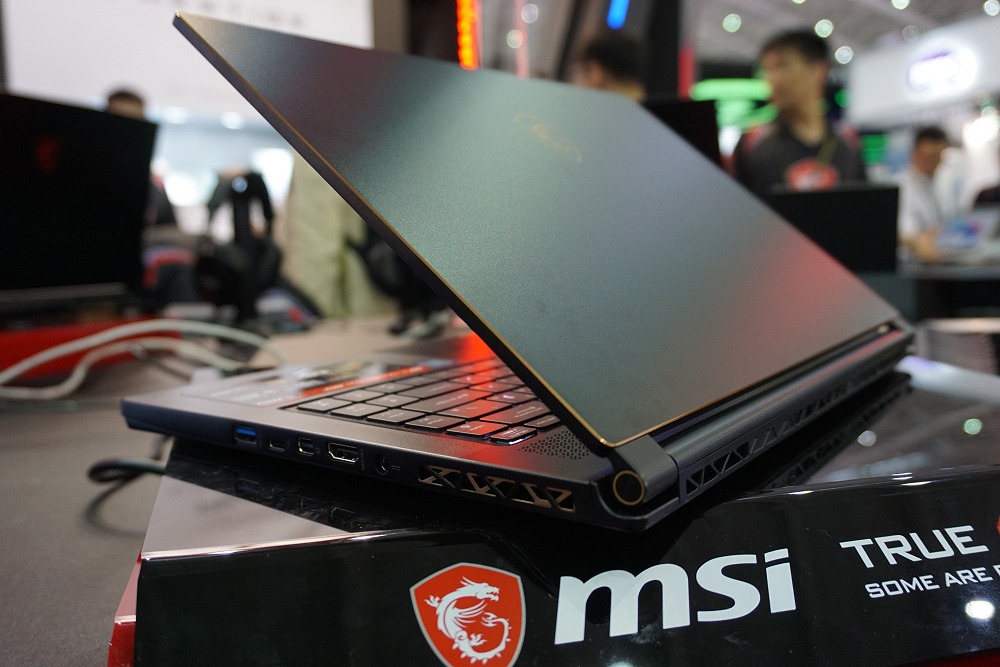 And yes, even battery life is rated for 8 hours for non-gaming usage thanks to a large built-in 82Wh battery. That’s impressive if it really holds up that long and we’ll know soon as we’ll be running our full review shortly.

All the connectivity you could ask for

Thin it might be, but this is a notebook that won’t leave you stranded and grappling for docks or converters to accomplish what you need. For video output needs, you get a full-sized HDMI port, a mini-DP port and a Thunderbolt 3 port, which as you know by now, lends itself to far more capabilities. For data connectivity, you have triple USB 3.0 Type-A ports, and even a RJ45 Gigabit port that’s provisioned with Killer technology. Audio-wise, you get a dedicated headphones-out and a microphone-in jack, enhanced by Nahimic 3 audio technology for improved immersion. 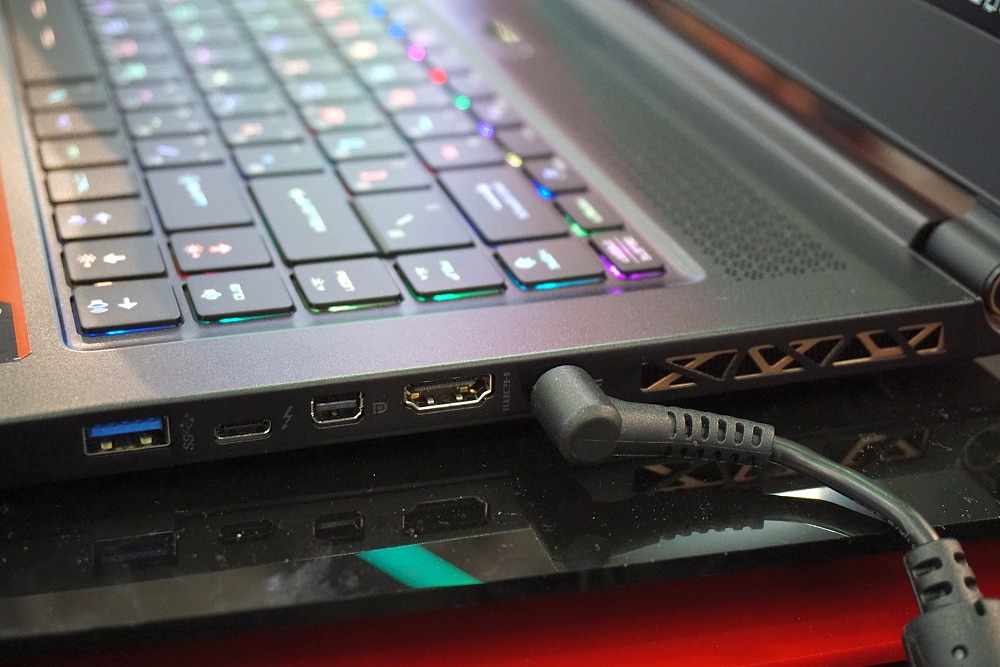 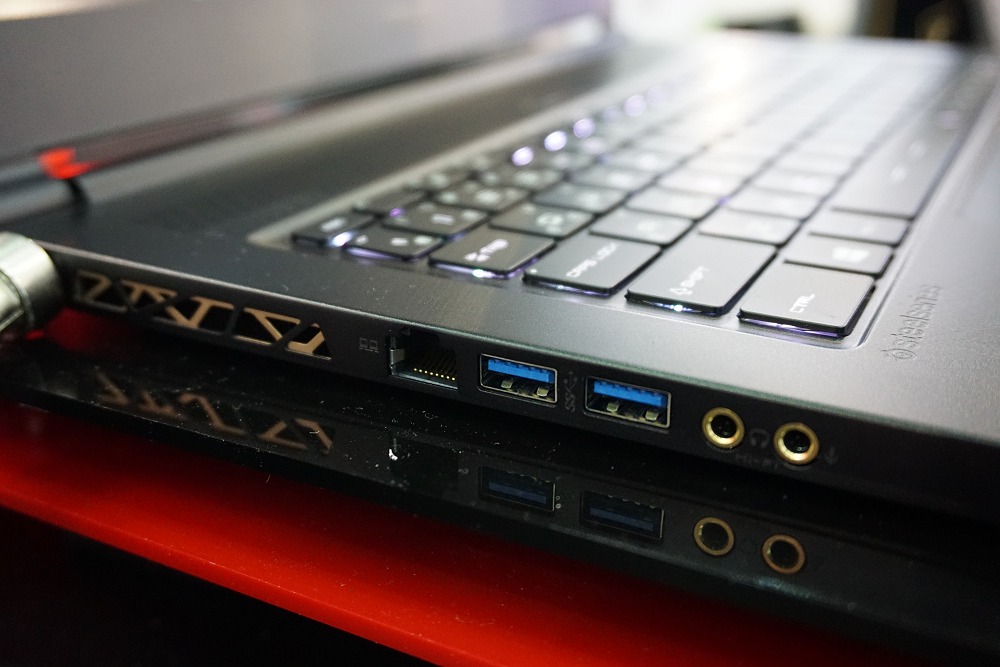 Make no mistake, it’s a hardcore gaming notebook at heart 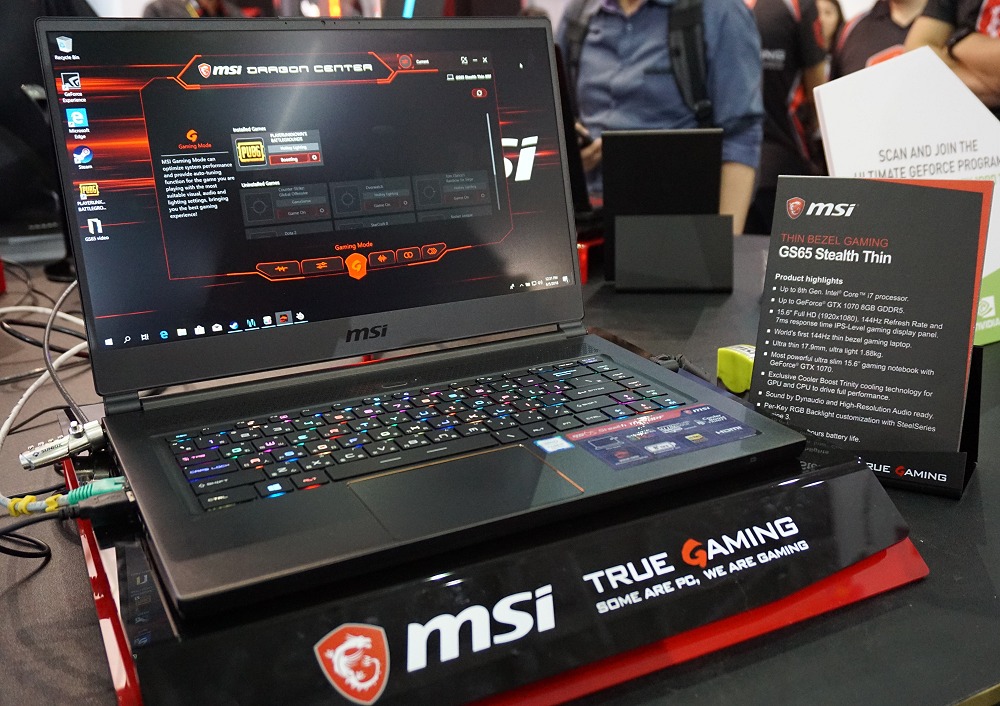 Beyond just the specs that make it a gaming notebook, the MSI GS65 Stealth Thin has all that a gamer could ask for:- 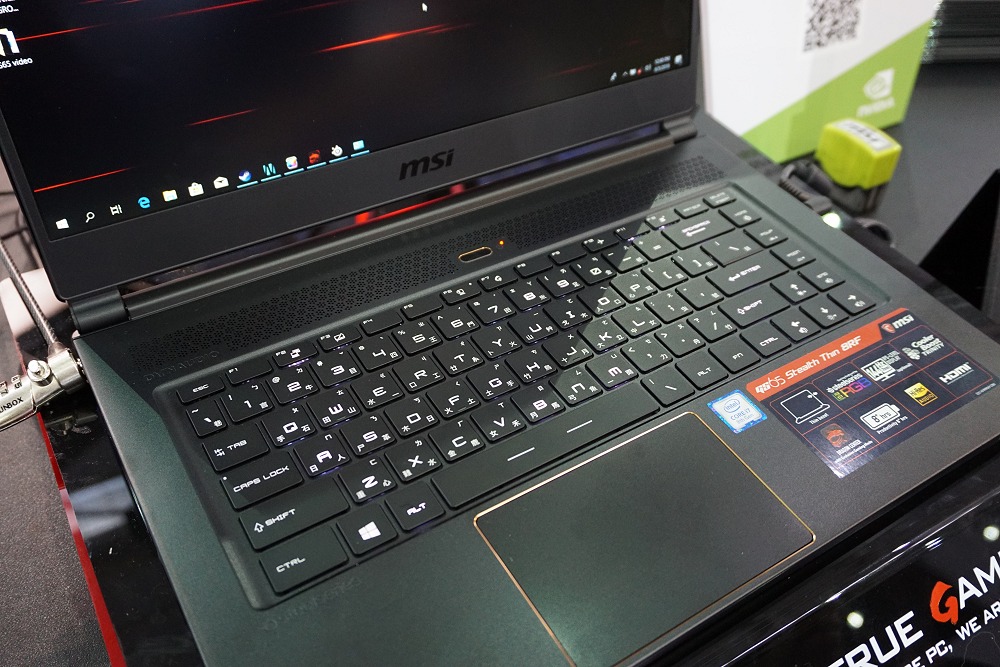