If you’ve been following us and our coverage of Klipsch, then you’ll know that the American loudspeaker company is just as competent with headphones as it is with speakers. Case in point: its latest product launch consists of two distinct styles of headphones and a small soundbar that packs quite a punch. In this article we take a closer look at two of them: the neckband-style R5 headphones and the RSB-3 all-in-one soundbar. First up from Klipsch is the slim and light weight R5 Neckband. We’ve been seeing more and more this style of headphones this year, and the first things that struck us about this R5 Neckband is that it has an extremely flexible neckband with really comfortable padding.

The R5 is wrapped in pliable, hand-stitched edge-treated leather for a premium feel, but is rated IPX4 splash-proof, and uses aptX for better quality transmission over Bluetooth. Apparently the design process for this started some two years ago, together with the Klipsch R6, so you can see how the earbuds share the same design. 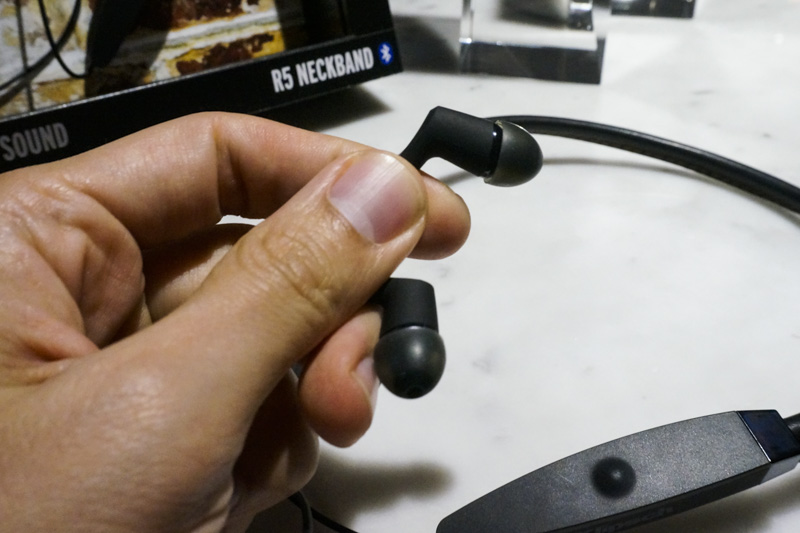 Given that these are priced at just S$199 – what most would consider entry-level for wireless headphones – the addition of hand-stitched leather is certainly a plus. And we must say the smart formal aesthetic should appeal well to business users as well as the regular audiophile crowd. Pity there isn’t an option to listen via cable though, as we're sure some users would love to use them on the plane too. Like most neckband-style headphones, the R5 Neckband comes with an integrated microphone for taking and making calls. The playback controls are also found on both sides of the band, which will also vibrate when you get incoming calls so you can leave the earbuds out when you’re not listening to music.  Klipsch touts an 8-hour battery life, which is pretty sufficient for getting you through the work day.

We took a quick listen at the event, pairing it with our iPhone and found that the R5 has its best performance in the middle of the audio spectrum. The mids and lower highs are well resolved, great for pieces heavy in vocals and acoustic instrumentals, while the bass has good body while not being too overpowering.

Imaging could be a bit better though. For example, on a recording of 24K Magic by Bruno Mars, Bruno’s vocals came out nicely, but you almost lost his backup singers. This was again reflected on a Live recording of Rock You Like a Hurricane by the Scorpions (Of their MTV Unplugged in Athens album). While you can clearly hear Klaus Meine and the rest of the band, the auxiliary sounds that inform you it’s a live recording (like the cheers of the crowd) were a little drowned out.

Still, we must say S$199 for a pair of wireless headphones is really good value, even more so when you factor in the R5's construct and finish! Interestingly enough, this is a product Klipsch readily admits as being “inspired in Singapore”. The story being that General Manager Vince Bonacorsi and Senior Manager Vlad Grodzinskiy were taken to a condominium showroom on a visit here last year to get a proper impression of just how much smaller our living rooms are compared to those in the United States.

Once they’d seen it for themselves, the duo got back to designing a compact sound solution that would better fit our living room spaces, and the result is the S$599 RSB-3. This soundbar measures just 91.4 cm across, with a depth of just 10.2cm, and a height of 6.5cm, so you can imagine how it will easily fit under most televisions. 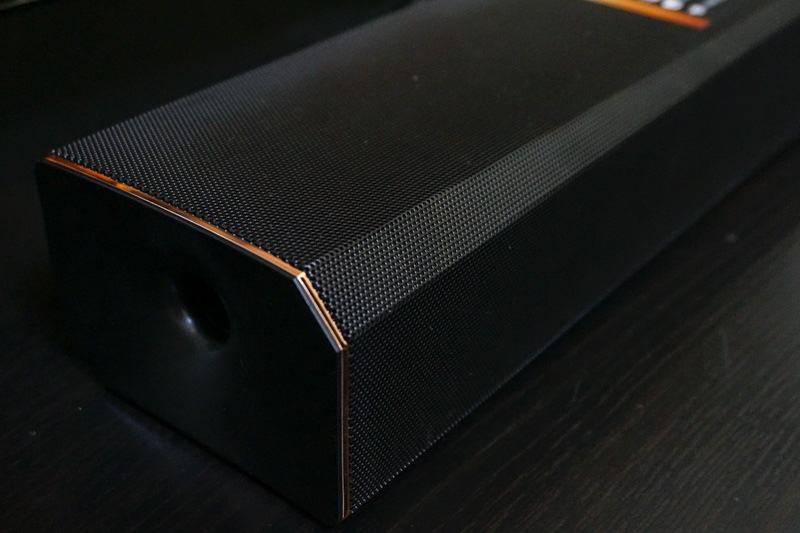 The RSB-3 features two dual 3/4” horn-loaded tweeters and two 2.5” oval woofers with another integrated 2.5” woofer responsible for bass, eliminating the need for even a separate subwoofer. We’re told the set will decode 5.1-channel audio from Dolby and features a virtual surround mode for better movie enjoyment. 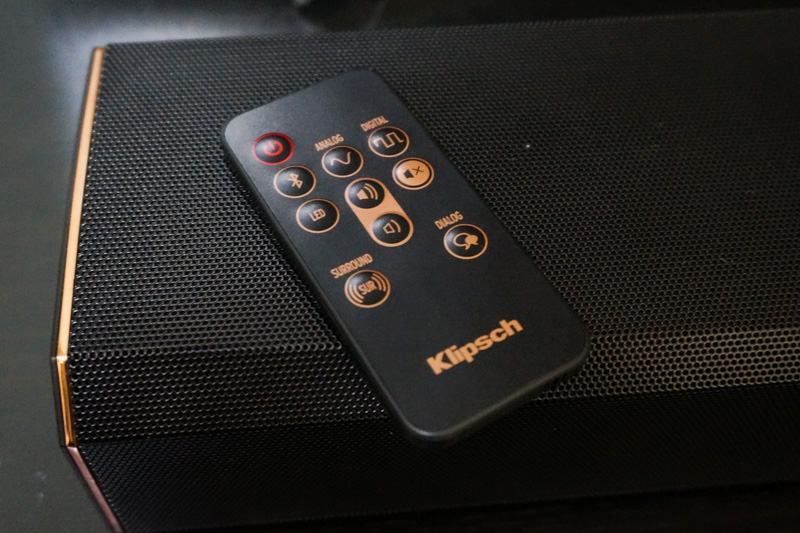 This was demonstrated to us via the Dolby Spheres track you commonly see in the cinemas, and we must say the tiny soundbar performed admirably, though the narrowness of the space the demonstration was held in must have helped.

Next up was a trailer of the recent Doctor Strange movie. This clip features quite a bit of glass shattering, and the soundbar was able to render the effects crisply. Vocals were well handled too, and we were surprised by the volume this small soundbar was able to create. The lower measures of the presentation didn't seem lacking despite the absence of a dedicated woofer, and that's a great testament to Klipsch's engineering wizardry.

You can also stream music from your smartphone directly to the RSB-3, and a recording of Take Five by the Dave Brubeck Quartet allowed the soundbar to show off good naturalness and imaging abilities.

As far as first impressions go, the RSB-3 already impresses with its sonic performance and the sheer volume it's capable of producing. It seems to handle movies and music with equal aplomb, and so should fill most people's needs easily. Our only nitpick at the moment is that the extreme highs tend to come off as a bit too sharp.

Both the R5 Neckband headphones  and the RSB-3 sound bar are available now at all major Klipsch retailers.