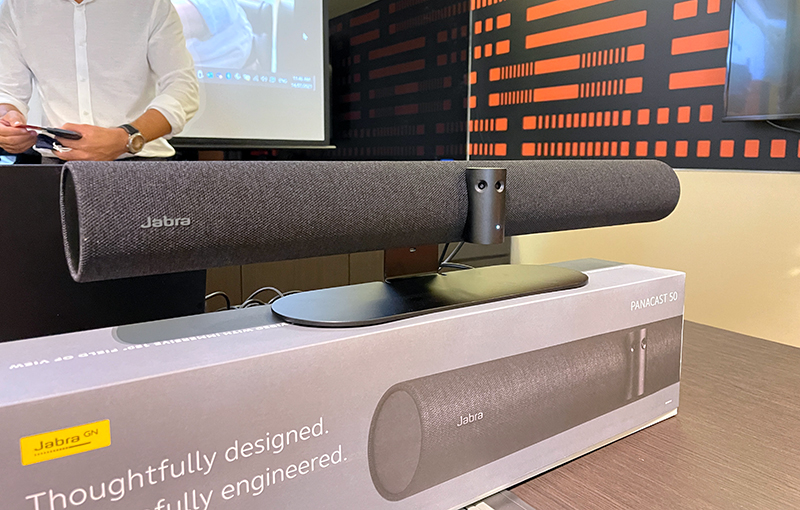 Work meetings are necessary to have a productive, collaborative time with your teammates. The pandemic has only exacerbated its importance as people try their best to stay socially responsible while meeting their corporate objectives.

To that end, Jabra is bringing the PanaCast 50 to Singapore - a for-work webcam that not only adds a professional touch to your online conferencing experience, but also helps you adhere to social distancing restrictions and even grants a sprinkle of pro-like camerawork through AI. 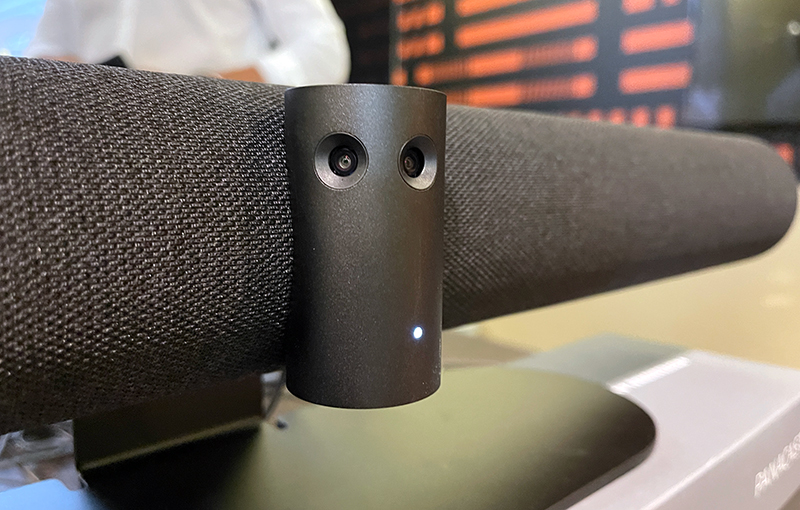 The Jabra PanaCast 50 is built for modern hybrid work requirements. This soundbar-shaped device packs three 13MP video cameras to offer a 180° field of view at FHD+ (3,840 x 1,080) resolution and eight beamforming microphones for excessively clear audio for all participants in the same room. 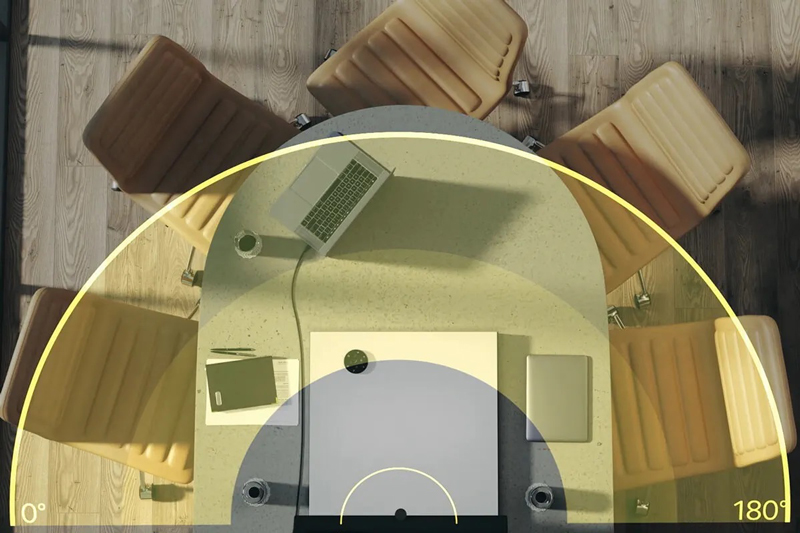 As demonstrated by Jabra, the video cameras and microphones work together with built-in algorithms. It uses intelligent zoom framing to ensure that the 180° FOV always includes every colleague it detects. Whenever a coworker speaks up, the cameras and microphones automatically zooms in and focuses on the active speaker via Virtual Director. So, it’s almost as if the PanaCast 50 has a tiny cameraperson operating its three cameras to ensure the speaker is always highlighted.

Sometimes, online meetings can get a little rowdy, or the other side may start speaking mid-way, and audio is garbled or lost. Not for the PanaCast 50 because its eight microphones are all on full-duplex channels with active noise cancellation. Not only are they open channels both ways during your meeting, but they also automatically cut out ambient noise like the hum of your fan, air conditioning, or projector. Even its built-in 2x 50mm woofers and 2x 20mm tweeters have anti-vibration tech attached to ensure that its own audio playback doesn’t interfere with your meetings. 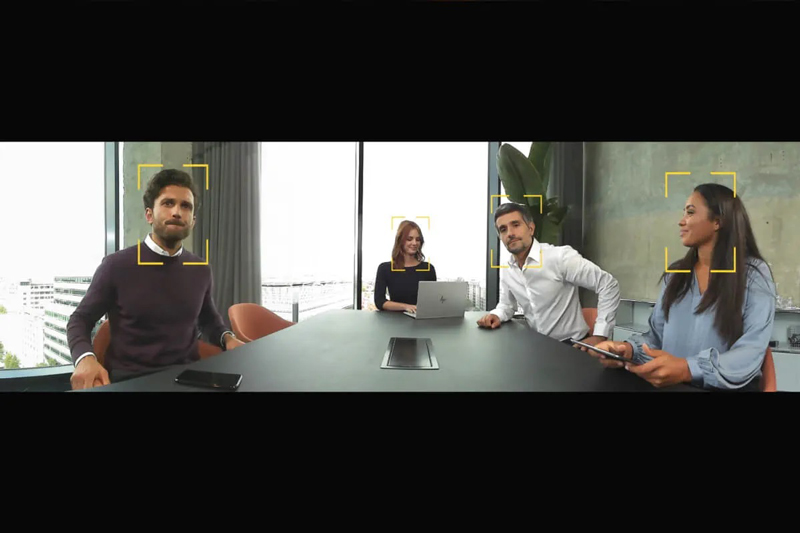 Building upon its intelligent face-detection system is always-on PeopleCount, which recognises the number of faces in a room. Should the number of attendees exceed social distancing requirements, the PanaCast 50 would sound off an alarm to let participants know it’s breaching safe distancing measures. 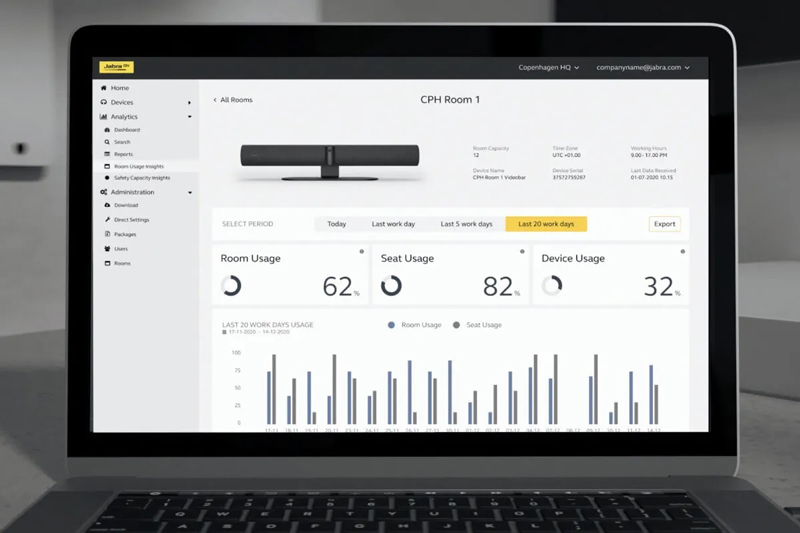 If you’re wondering, yes, the user has full control over the number of attendees configured in PeopleCount. Also, all detection, face recognition, and AI processing for video conferencing is done on-device - so none of that information gets sent anywhere else, thanks to Edge AI processing that helps to secure data by simply not transmitting them unnecessarily to the cloud. 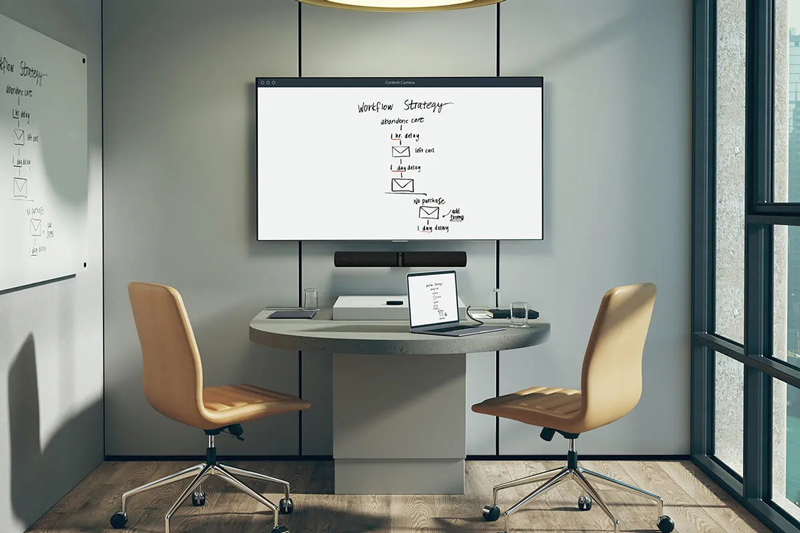 Finally, the PanaCast 50 offers real-time whiteboard streaming compatible with popular online conferencing apps like Microsoft Teams and Zoom. The user demarcates the whiteboard/blackboard ‘zone’ ahead of the meeting, and it automatically incorporates the whiteboard into the stream as an additional participant. The board doesn’t even need to be squarely facing the PanaCast 50 because the device can compensate for its angle and positioning once you’ve set it up. 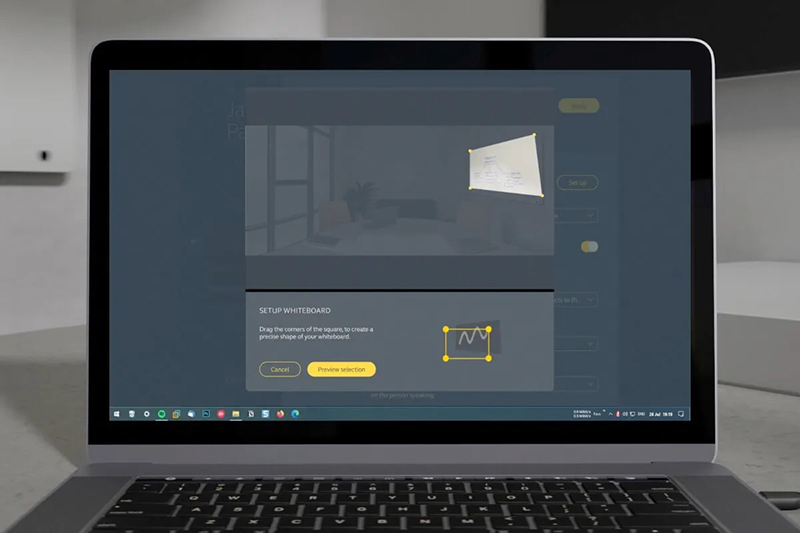 Since it’s a for-office tool, the PanaCast 50 can be wall-mounted. In addition, there’s an optional desk stand sold separately for offices that prefer having the camera-microphone combo on the table instead.

Also, because it’s just a video conferencing device, you’ll still need to plug it into a laptop or PC for it to work. It supports USB 2.0 and 3.0 via its USB-A and USB-C ports. It even comes with an RJ45 port if you absolutely require a wired Internet connection too. Wireless support comes in Bluetooth Low Energy, which the Jabra PanaCast 50 uses for its remote control and Sound+ access. 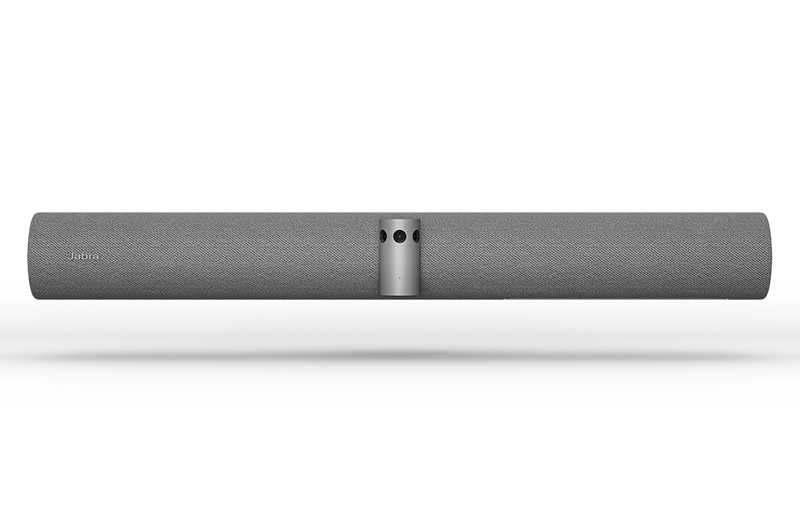 This magical, made-for-new-normal work device comes at an equally magical price tag. The Jabra PanaCast 50 officially retails at S$1,855 in Black or Grey, and it can be found at all of Jabra’s authorised resellers and distributors.