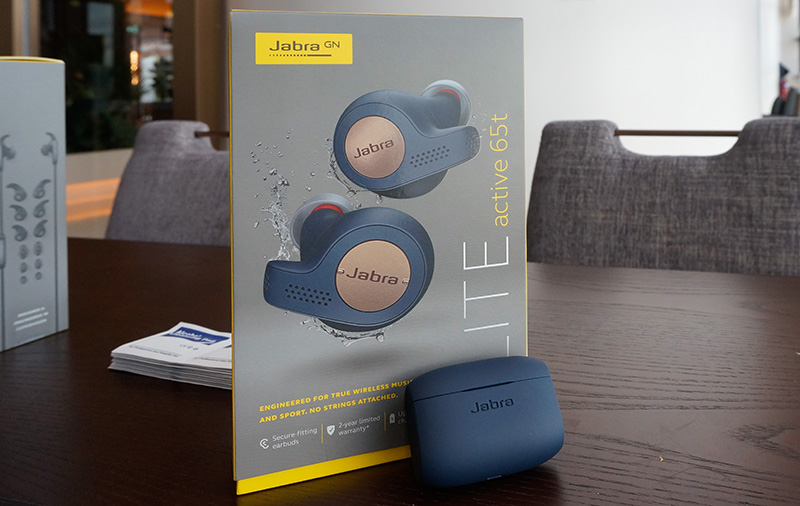 We first covered news of the Elite Active 65t here, and we noted how it was almost identical to the Elite 65. The Elite Active 65t builds upon the Elite 65 with a special coating for better grip and an accelerometer for more accurate fitness tracking. It was just officially released here, so we’re pleased to bring you first impressions of these true wireless earbuds targeted for active sports usage. 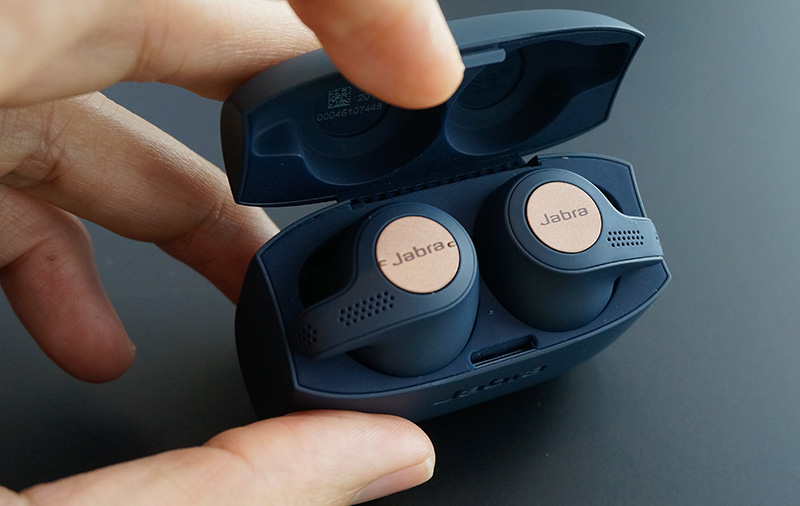 As you can see, these come in a compact carrying case that not only keeps it protected but also offers an extra two charges for the earbuds, giving you a total of 15 hours playback on the go. Because they’re specifically built to be used for sport, the Elite Active 65t also features a secure-fitting design to ensure they stay in your ears while you’re working out. With an integrated accelerometer to help track your workouts more accurately, we’re told that these wireless earbuds are IP56 certified against sweat, water and dust too! As you can see from the image below, the earbuds really do take well to being thoroughly soaked. We’re happy to report that they continued to play music fine after the 'shower'. We managed to quickly run a few test tracks on the Elite Active 65t, and felt the earbuds delivered pretty good performance overall, with strengths in the highs and the mids, though the bass could be a little lean. For example, on a recording of Temptation by Diana Krall, we thought the earbuds did a good job of rendering Krall’s sultry vocals and picking out the strings in the piece. There was a good separation between Krall’s vocals and the backing instruments, but we felt the bass was just a little dry.

Moving on to a recording of Jamiroquai’s Little L, the earbuds gave us an impressive demonstration of its stereo imaging capabilities, and its ability to keep up with faster moving pieces. The track was rendered with a nice wide soundstage, and the stereo effects of this piece were produced nicely too. The earbuds also managed to deliver good energy with this faster moving track, so as to get our feet tapping.

Ending off with Hotel California by The Eagles, we again thought the mids are the earbuds' strong suit as it did a good job of picking out the various instruments in this song. We did feel that some of the highs were a little too rounded off though, as some of the string work wasn’t as crisp as it should have been.

Overall, it does seem like the Elite 65t is a strong offering from Jabra for the true wireless earbuds space. They’re nicely designed, fit in the ears well, and offer decent passive noise isolation to go with the good sound.

They’ll be available in July at a recommended retail price of S$298, so do look out for them if you need a good pair of true wireless earbuds for your active lifestyle needs.