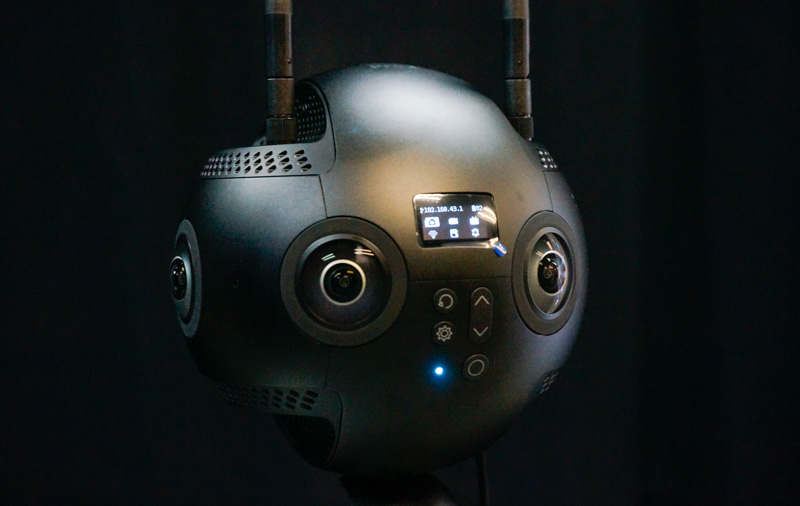 Launched late in August 2018, Insta360’s latest offering is the Insta360 Pro 2 (henceforth referred to as the “Pro 2” for the rest of this article), and it’s a six-lens professional VR camera. As you can see, it’s quite a large device, but that’s because every 'eye' is connected to a camera with a f/2.4 fisheye lens, together, the six cameras capture every angle of a scene at once. The Pro 2 then fuses these photos and videos into two 8K 360 images – one for each eye - so you can create immersive, detailed 3D VR scenes. 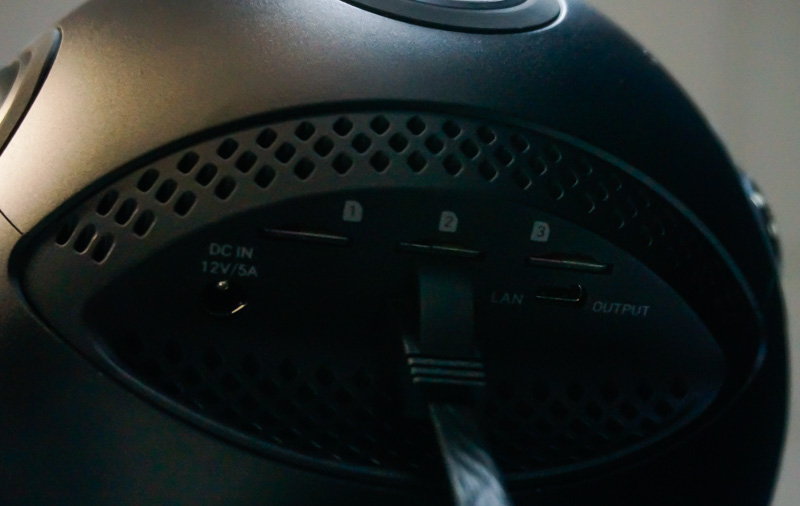 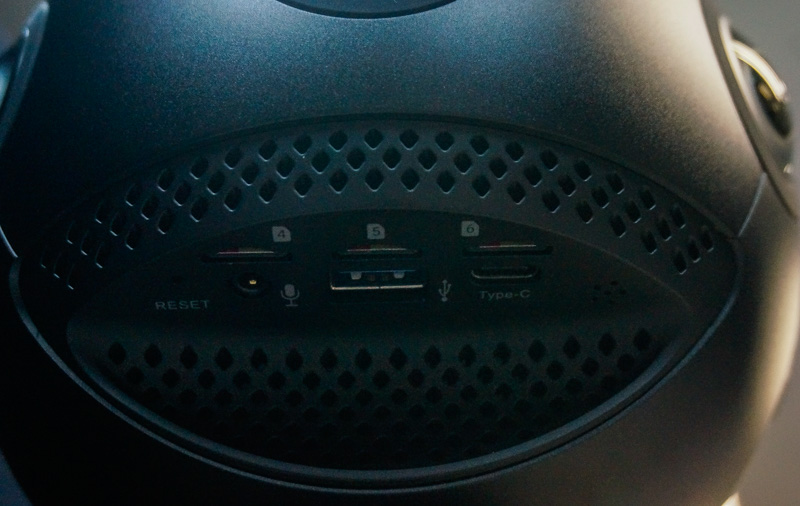 As you can see from the images above, every camera has a dedicated microSD card for storage, so you’ll need a total of seven cards (one microSD for each camera, and one regular SD card to capture stabilization data and low-res proxy files for editing in Adobe Premiere Pro). This complex storage configuration allows the camera to run at the maximum bitrate possible and while it may seem crazy from a consumer point of view, thankfully, the Insta360 is targeted for professional user needs.

It also features Insta360’s proprietary FlowState stabilization, so you don’t need a separate gimbal for steady footage. As you can see from the demo footage below, the footage remains fairly stable despite the fact that the operators are running with it mounted to a standard light stand and not a gimbal:- 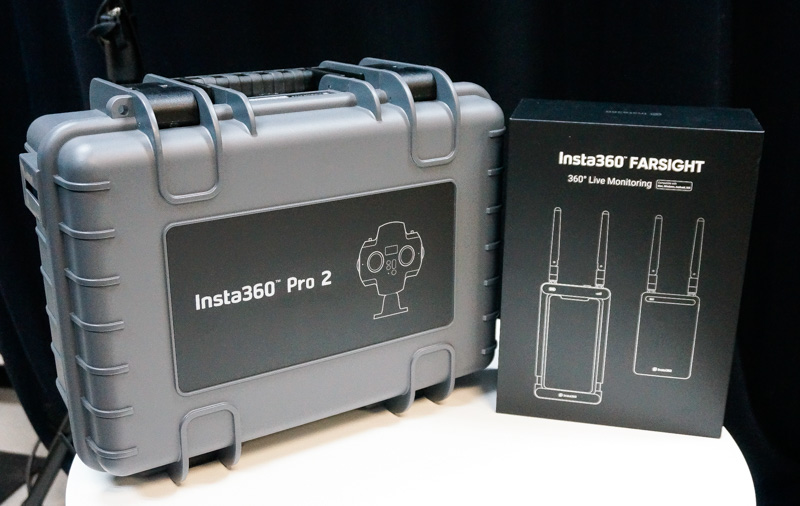 Another fantastic innovation is Farsight technology. In essence, this is a 360o real-time monitoring system that offers a high-definition low-latency video stream that’s optimized for long distance preview. We tried this out at the launch, and while there’s a split second delay, the feed is definitely in high resolution, so you can safely be out of sight of the camera while viewing everything in the frame. This is a definite plus point over Wi-Fi based monitoring options, which are typically unreliable for long distances and are prone to delays and heavy interference.

The necessary Farsight equipment is included with the Pro 2, so all you have to do is download the app to your mobile phone and hook it up to the transmitter. As you can see from the pictures below, the app allows for full control over shooting parameters and lets you view footage in both portrait and landscape orientations. 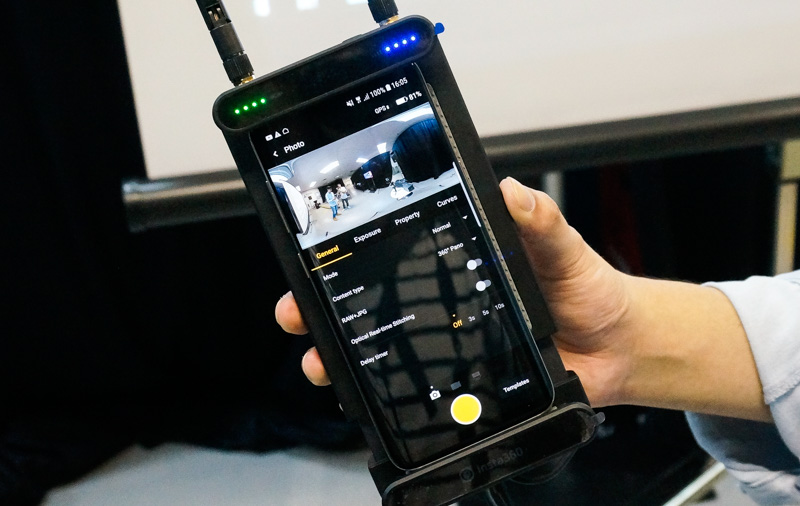 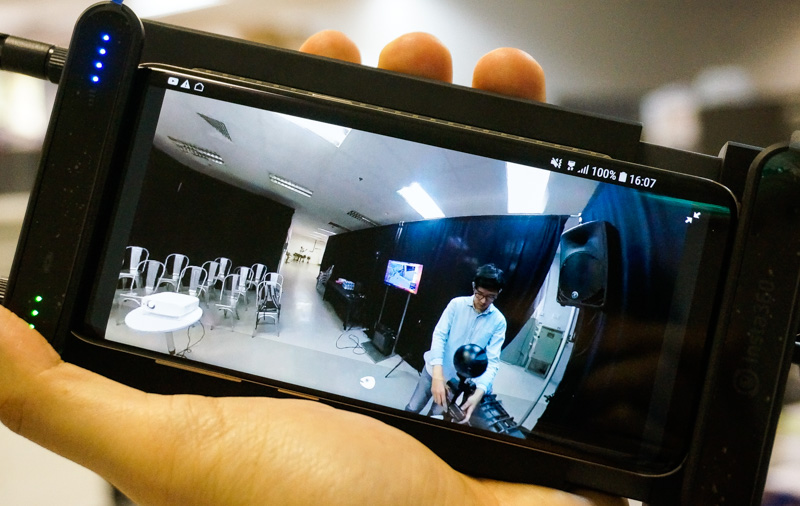 Compared to the Insta360 Pro, we're told the Pro 2 has a better dynamic range and better low light performance. The Pro 2 also automatically captures proxy files alongside video that can be automatically recognized and stitched by Adobe Premiere Pro, so you can do your edits quicker, but still get high resolution footage for the final render. Here's a quick comparison of the Pro 2's low light performance against the original. 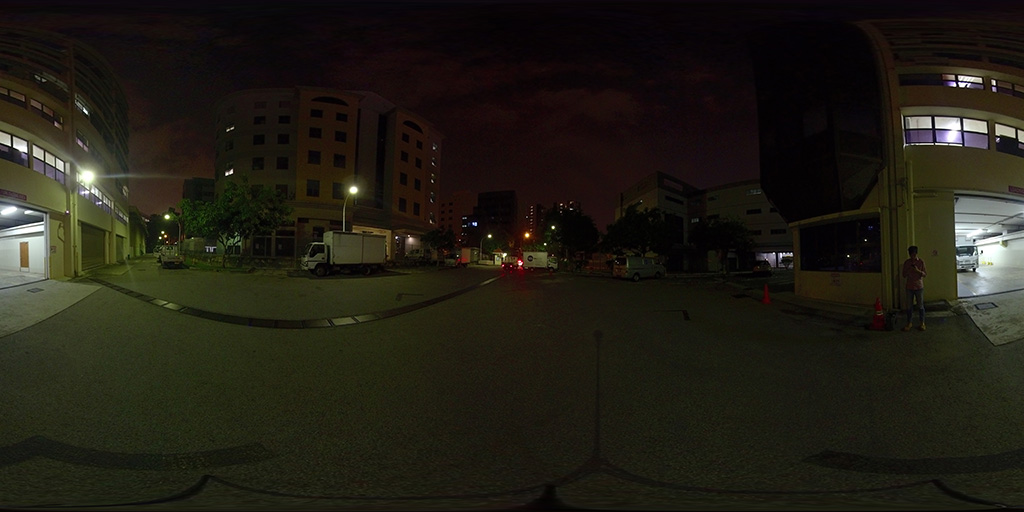 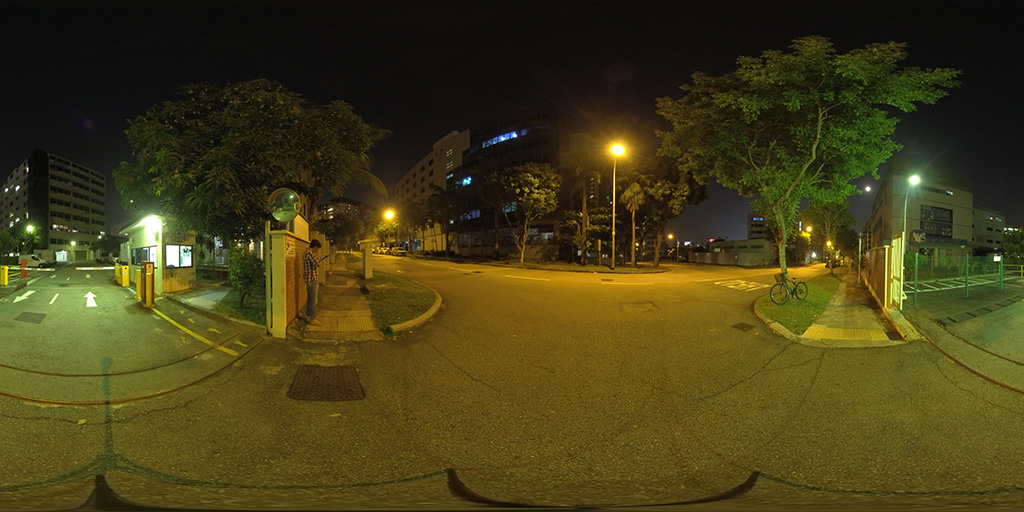 The Pro 2 has an easy to remove 5100mAh battery pack, that’s hot-swappable, so you can always stay powered while out in the field. It has four built-in microphones to capture true 360-degree audio, and a pair of USB and 3.5mm audio jacks to easily add-on your own solutions as needed. It supports 360 live-streaming in 4K too, in both monoscopic and stereoscopic formats. 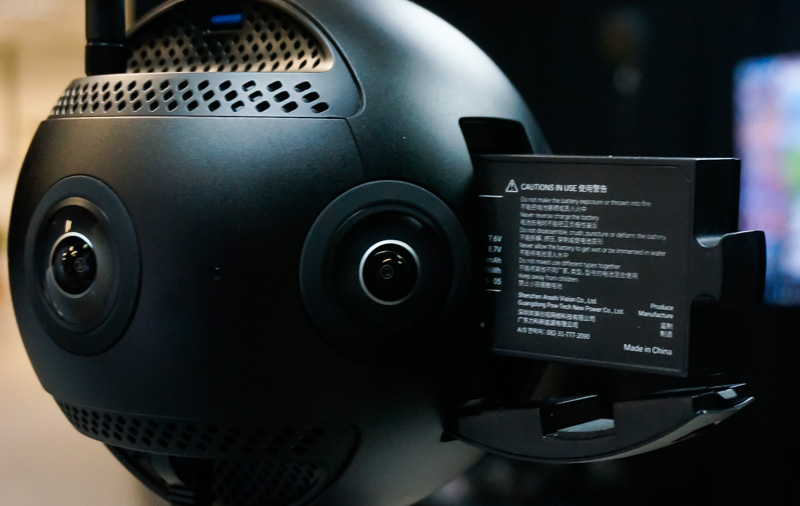 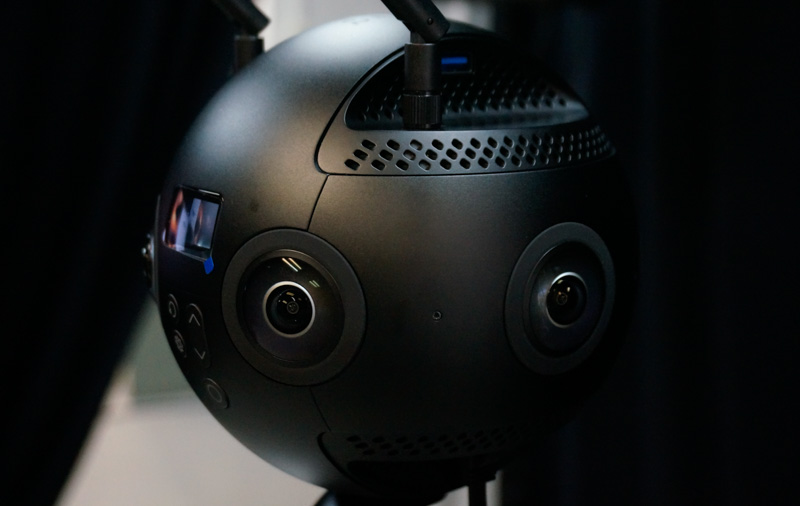 The Insta360 Pro 2 is available now at all authorized dealers and through the Insta360 web store, but  Alternate Video Production is offering their own package pricing starting from S$7288.00 for one Insta360 Pro 2, one set of Farsight receiver and transmitter, and one battery.