At a media event today, HP announced the availability of its latest range of Elite 1000 devices in Asia-Pacific & Japan.

According to the company, 81% of people work during their personal time and more than half will multi-task personal activities at work, for example, watching YouTube or Facebooking (let’s be honest, we all know that’s true). Therefore, using a notebook that can straddle the realities of each environment is more important than ever. The three new HP Elite notebooks, including the marquee EliteBook x360 1030 G3 will also include a full suite of security enhancements such as HP Sure Start Gen 4, HP Sure View, and HP Sure Click.

Let’s have a look. 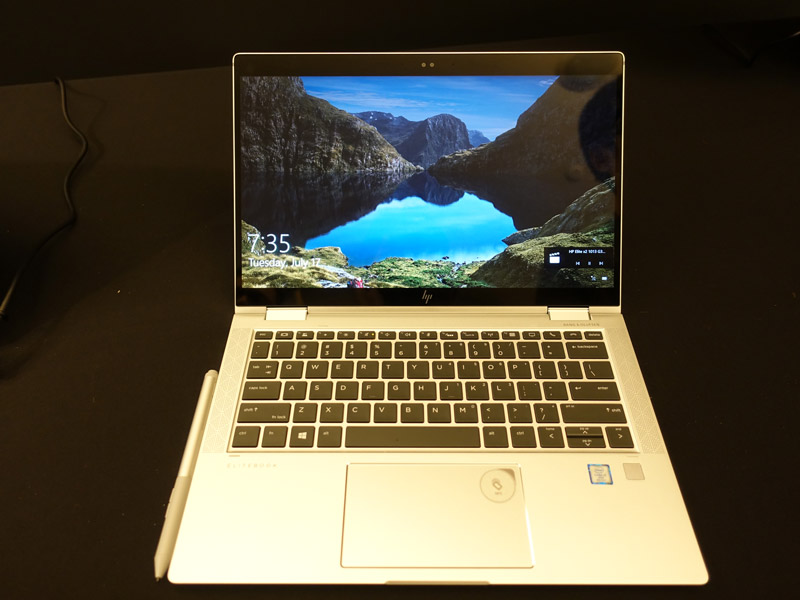 HP claims the new EliteBook x360 1030 G3 is the world’s smallest business convertible notebook, and it’s hard to dispute that. Crafted from CNC-milled aluminium and at 15.8mm thin, the x360’s convertible form-factor looks very premium. Where many notebooks in the commercial category can come across as flimsy, and, dare we say, cheap looking, the x360 does not disappoint here. For a convertible, its 1.27kg weight isn’t too shabby either. There are lighter notebooks, and that's true, but those are usually made with a plastic or a carbon fibre composite material (like the palm rest on the latest Dell XPS 13) that can be susceptible to warpings and crackings much easier than aluminium. 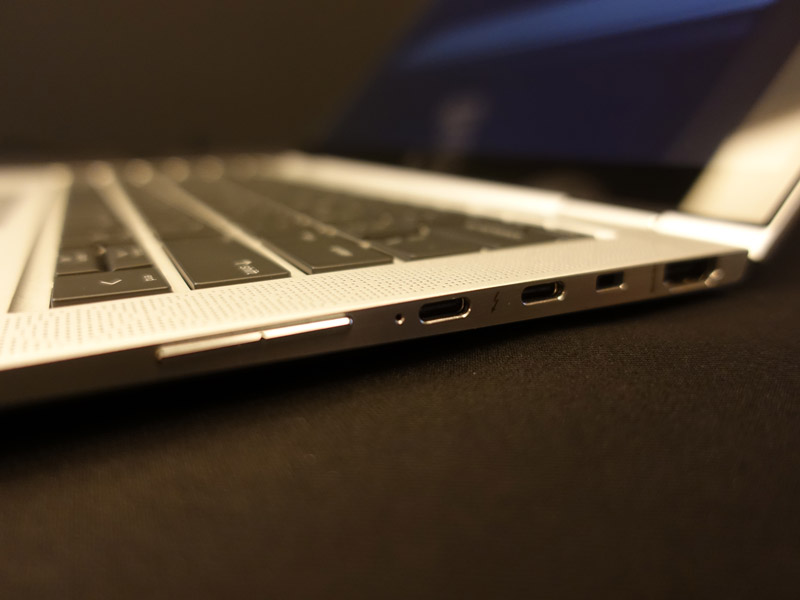 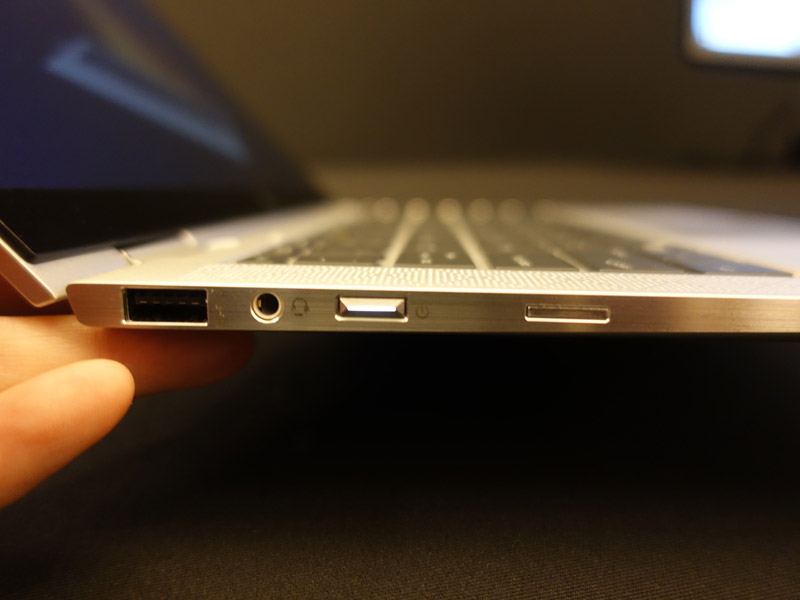 Following on the latest ultra-thin and bezel-less notebook display trend, the new EliteBook x360 sports a 13.3-inch screen that is housed in a 12.5-inch chassis. A HP exec revealed to us that customers can opt for the standard Full-HD display (1080p) or the more visually appealing QHD (1440p). A 4K display option isn’t available, which should not come as a surprise for a commercial-level notebook where the ease of deployment, security and cost are key priorities. 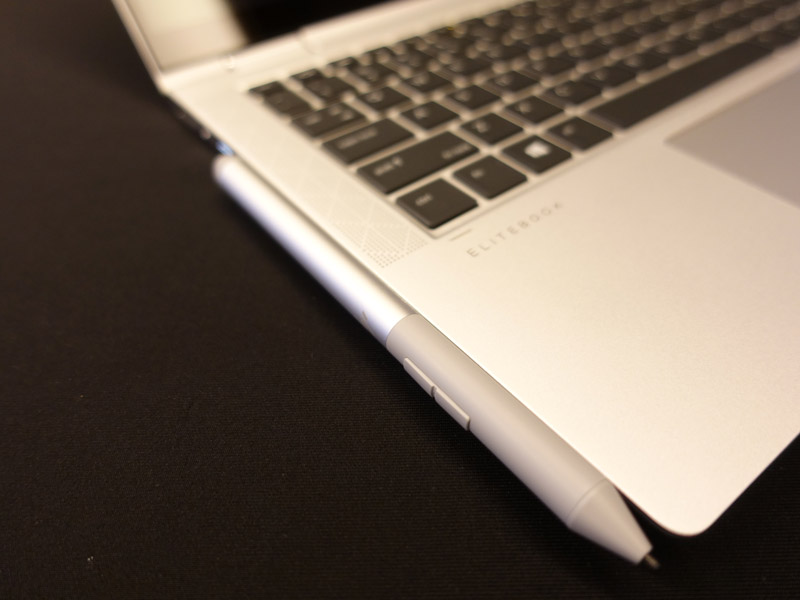 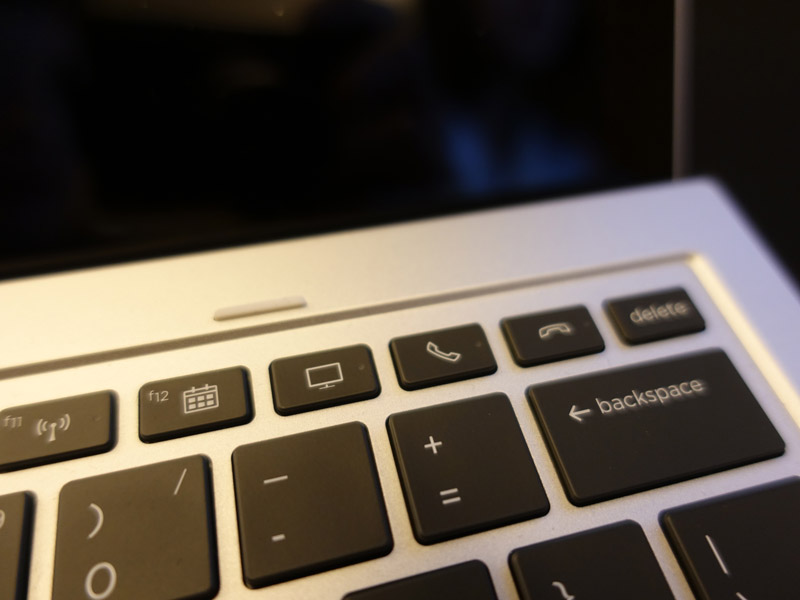 The EliteBook x360’s specifications don’t disappoint either and are pretty much what you can expect from a 2018-generation notebook, including support for Intel’s latest 8th-gen processors, solid-state drives, up to 16GB memory and a battery life that is purported to last up to 18 hours. It’ll also support 4G LTE for connectivity on the go. 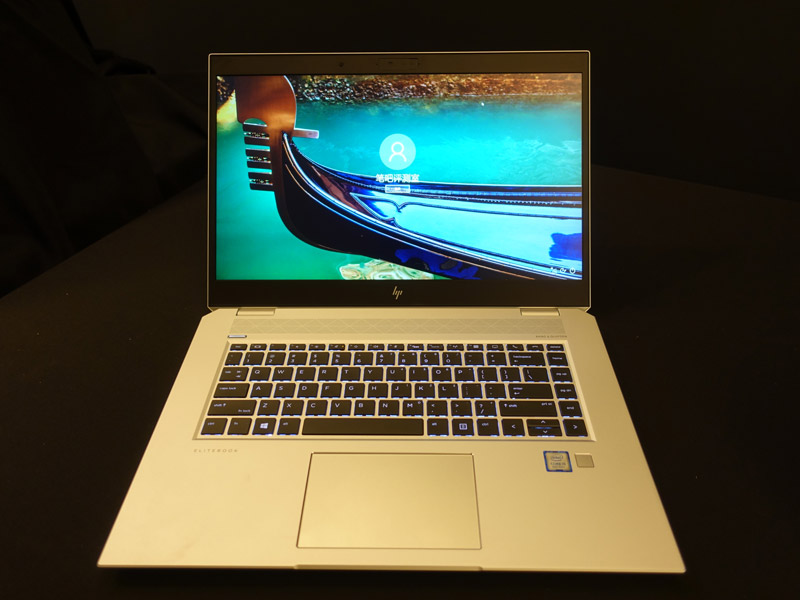 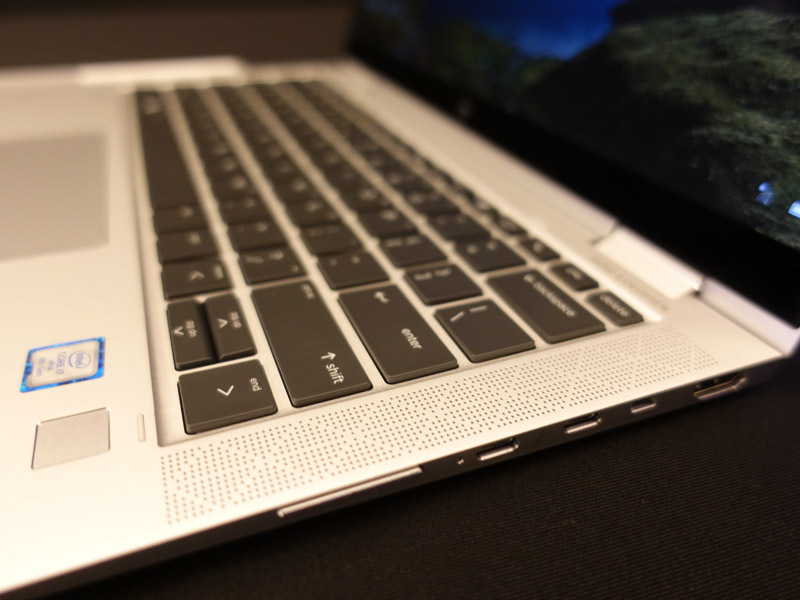 HP also announced what could be a world’s first ultra-slim business notebook with NVIDIA GeForce GTX 1050 graphics. The EliteBook 1050 also comes with a 15.6-inch display, up to 32GB of memory and the latest Intel 8th-gen processors. The built-in GTX 1050 won’t let you run intensive games on the EliteBook 1050, but you could probably sneak in a round or two CS:GO or DOTA 2 sessions during a meeting. Like the EliteBook x360, the EliteBook 1050 will also feature the same optional suite of security enhancements. Additionally, it also comes with optional HP Privacy Camera to protect the webcam against malicious surveillance. 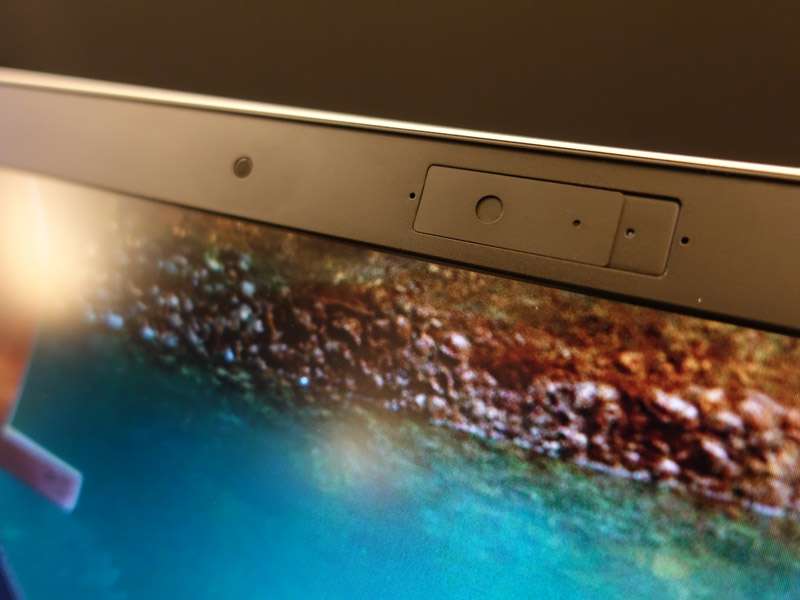 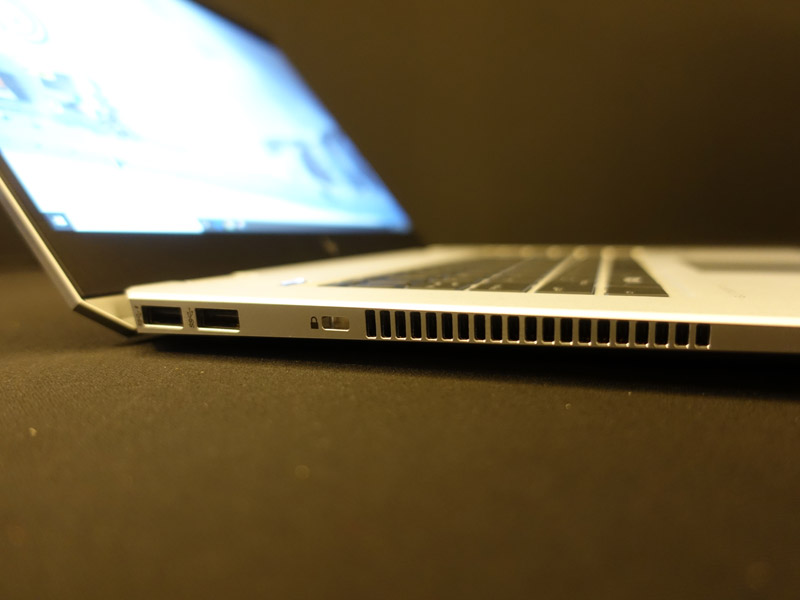 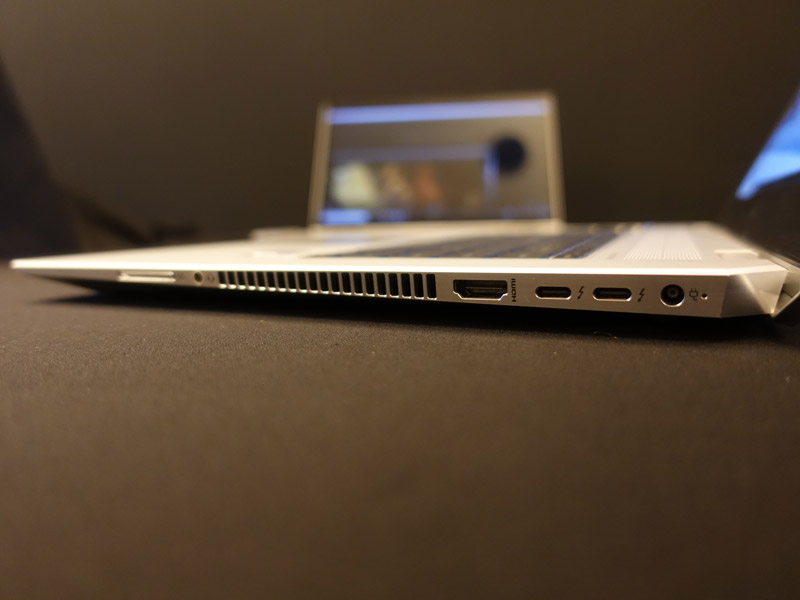 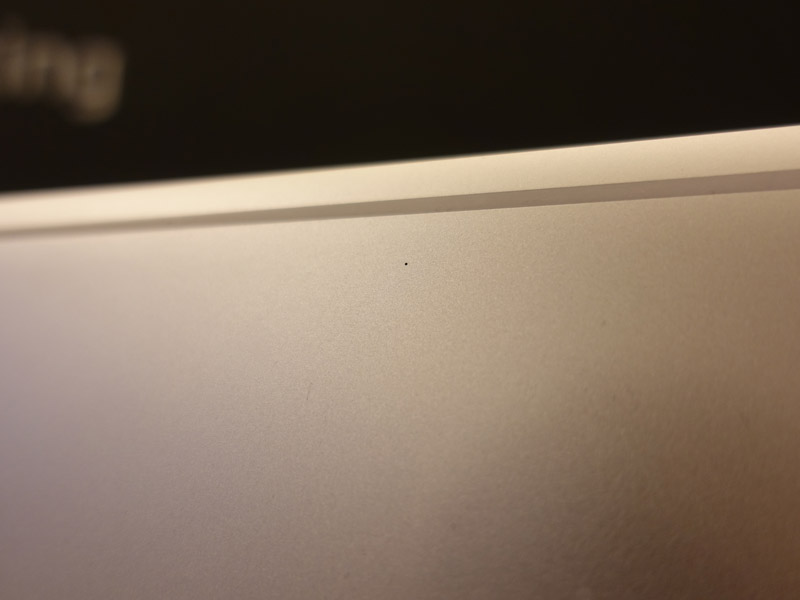 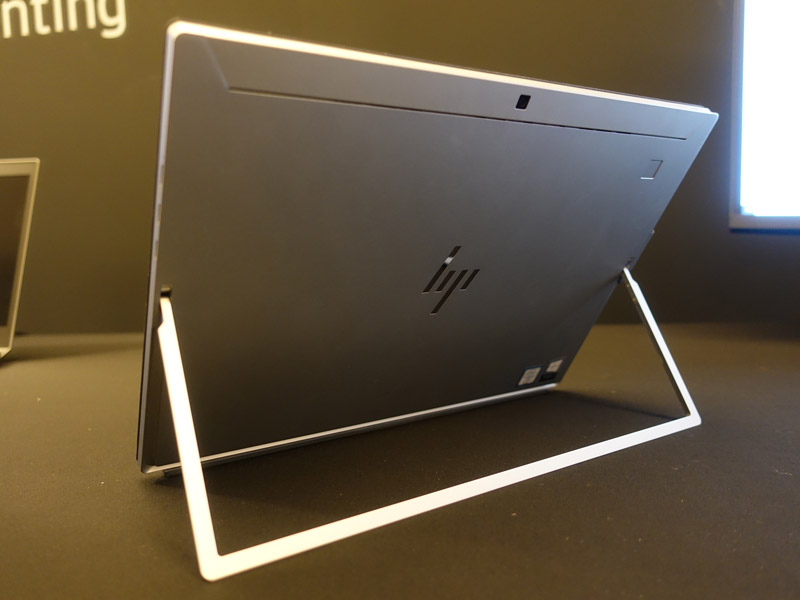 The new HP EliteBook x2 1013 G3 now fits a 13-inch display into a 12-inch chassis. Targeted at professionals and creatives who prefers the flexibility of a detachable tablet, the EliteBook x2 will also come with an integrated privacy screen (see Security below) and support 4G LTE. 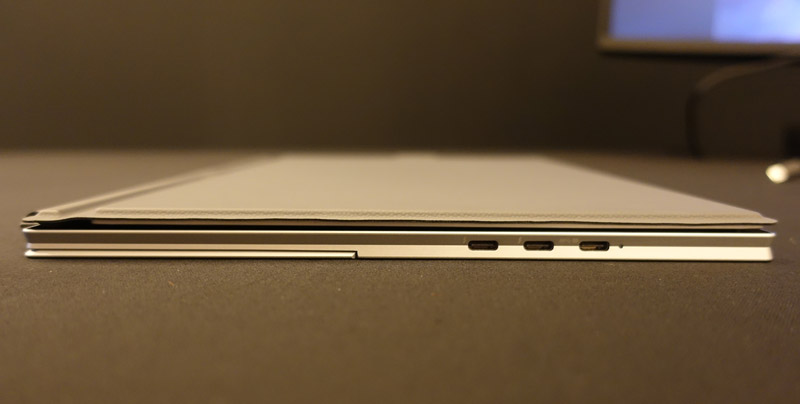 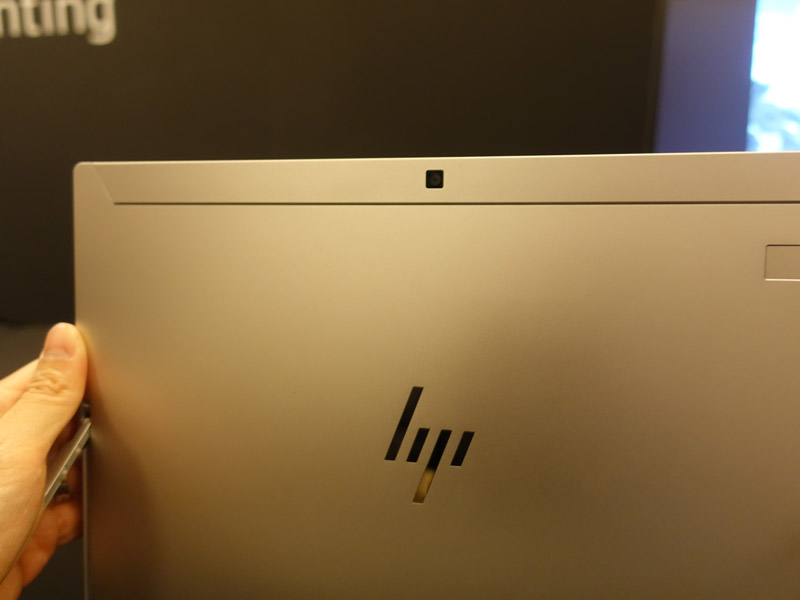 Hacking and information theft are very real concerns among IT managers in corporations, and more so by those in government agencies. All three notebook feature the latest HP Sure Start Gen 4, an enhanced encryption for better protection of the device and enhanced resilience and event logging for third-party firmware. It also features HP Sure Click, a hardware-enforced, secure browsing solution that isolates malware trying to use the browser to get into the system. As every tab of the browser is its own CPU-isolated virtual machine, any malware that starts running in that tab disappears as soon as the browser is closed.

The EliteBook x360 1030 is also the first HP product to feature the optional HP Sure Recover with Embedded Reimaging. This option stores the software system image in embedded memory, ensuring data recovery even if the hard drive is wiped and no network connection is available. But perhaps my personal favourite is the optional HP Sure View safety feature upgrade, which prevents another person next to or behind you from watching whatever that may be sensitive on your notebook screen. 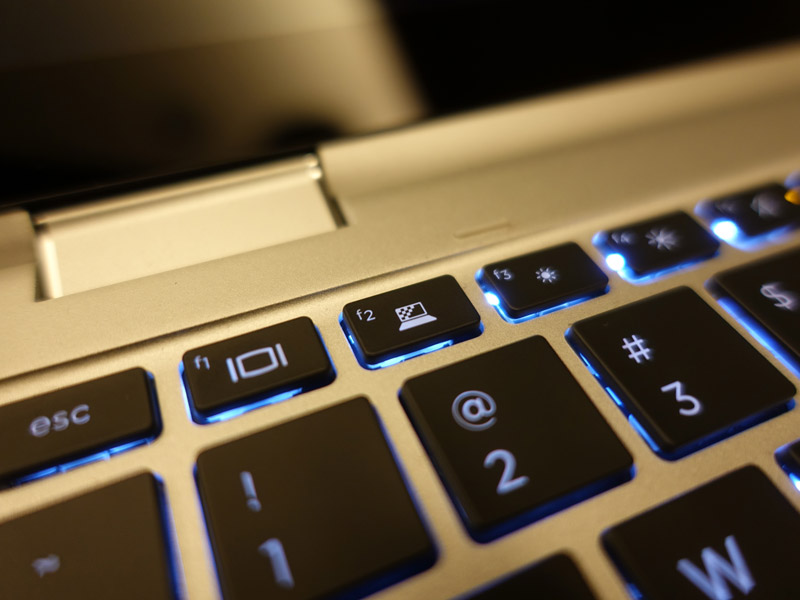 Previously, the workaround for visual hackers – a quaint term for those who just watch what you're doing – was to physically place an opaque "privacy screen" over your laptop's display. While it certainly worked it also means you either use it all the time (which decreased visual acuity when not needed) or you had to carry it with you. With HP Sure View, the digital version of the privacy screen means that with a touch of a button you can turn it on or off whenever you needed it.

When looking at an EliteBook’s display with Sure View enabled you'll see a slight opaqueness, but it's nowhere near enough to stop you from doing your work. Side-viewing snoops, however, will see nothing but a washed-out display. It’s a brilliant feature that I’ve yet to see on other commercial notebooks from other companies. 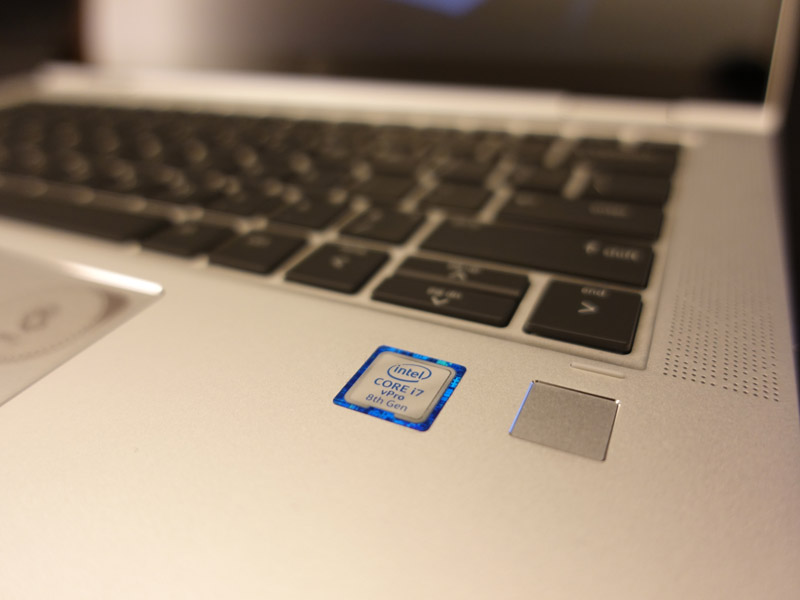 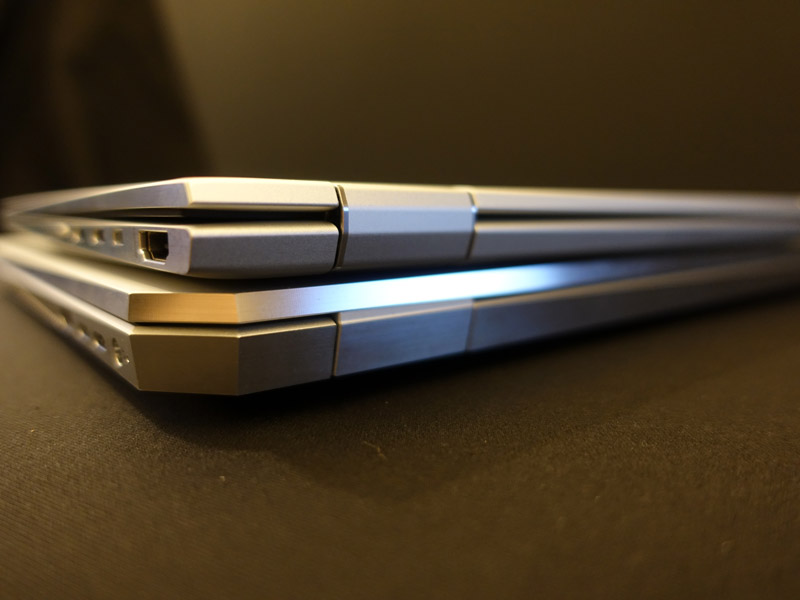