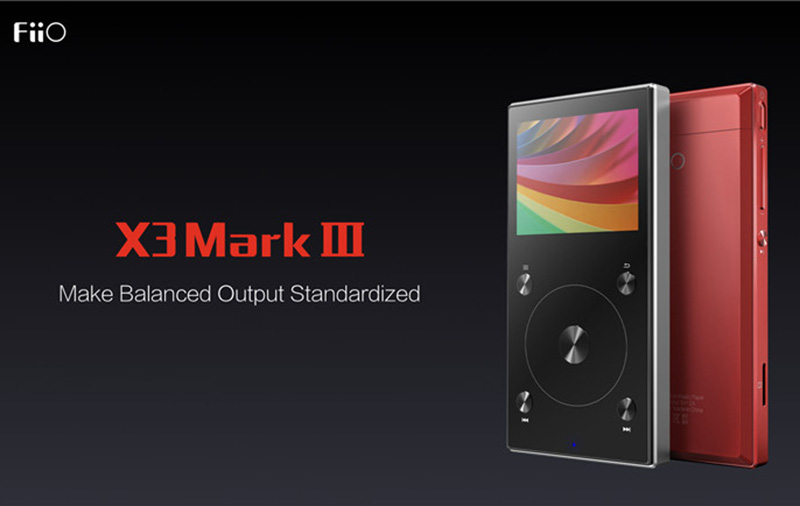 Next up, was the X3 Mark III. Unlike the previous generation, this gains a balanced 2.5mm output jack while maintaining the 3.5mm single-ended headphone output. This again doesn’t come with internal memory, but takes a microSD card up to 256GB in size. You’ll also get dual high performance PCM5242 DACs that are placed separately from the low-pass filter and headphone amplifier, hence reducing the potential for interference. 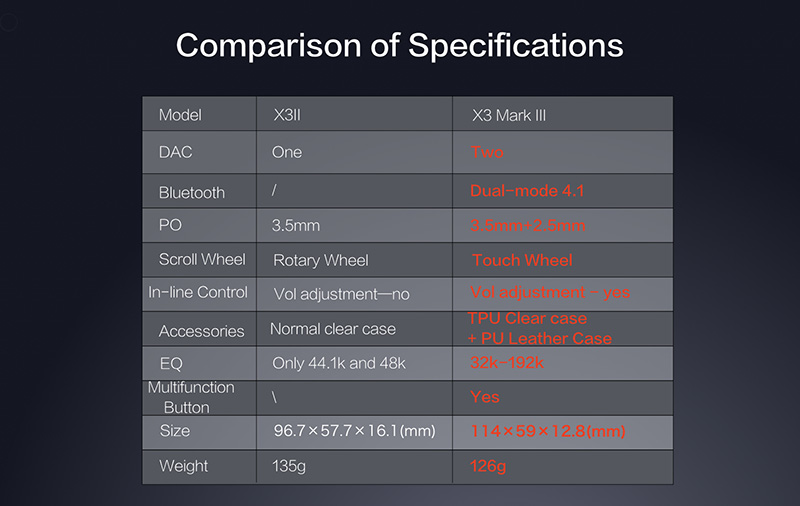 While the player looks almost identical to the X3 Mark II it replaces, we’re told the scroll wheel has been updated to a more sensitive touch wheel, while also being thinner and lighter.  In fact, the X3 Mark III is improved in virtually every aspect, while being lighter to boot. 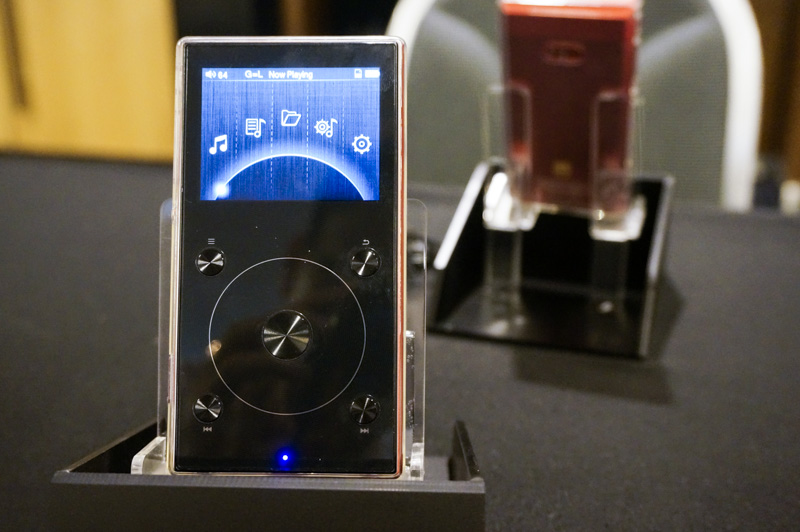 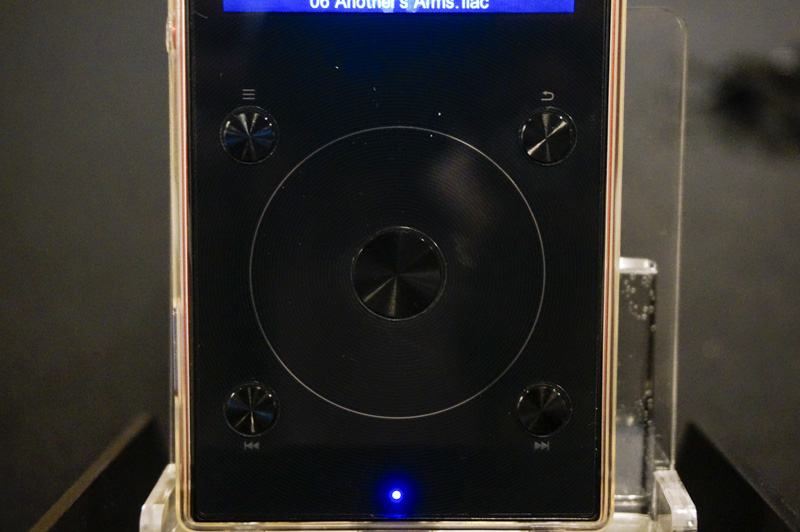 As you can see, the X3 Mark III retains the familiar interface from the X3 Mark II. It's simple, but also easy to use and works well. We thought the new touch wheel was a bit more sensitive than the old click one, but overall it didn't add that much more. As with before, the screen is also just about adequate for displaying the necessary icons and information.

Both the X7 Mark II and the X3 Mark III will function as external DACs for your laptop. Both also support Bluetooth 4.1 for pairing with your speakers or wireless headphones, so you don't have to be tethered via cable.  The X3 Mark III retails for a more wallet-friendly S$329.00, just $30 more than the X3 Mark II. 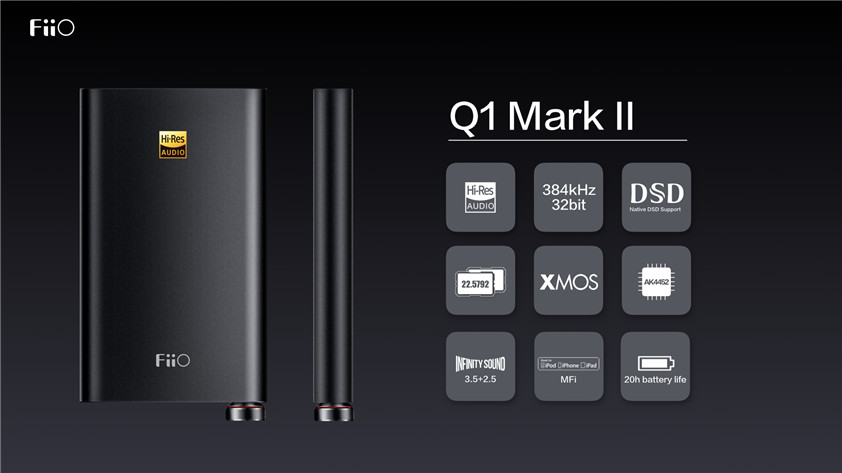 Speaking of DACs, FiiO has a brand new Q1 too! The Q1 Mark II is a MFi certified DAC/Amp with Native DSD decoding capabilities that was built just for iOS users. It weighs just 101.5g, and is able to power headphones with impedance rating from 16-150Ω. As with all the other products, the Q1 Mark II is HRA certified (high resolution audio), and it supports a max sampling rate of 384kHZ/32 bit thanks to the XMOS platform.

The Q1 Mark II will go for more than 10 hours as an iPhone DAC, and just over 20 hours as an independent amplifier. It also comes with a generous helping of accessories. There’s a Lightning to micro USB short cable, a micro USB cable, a 3.5mm audio cable, two short bundling bands, a set of slide-proof pads for bundling, and a cloth pouch to keep it all in. You get all this for just S$179.00, so that certainly seems like pretty good value. 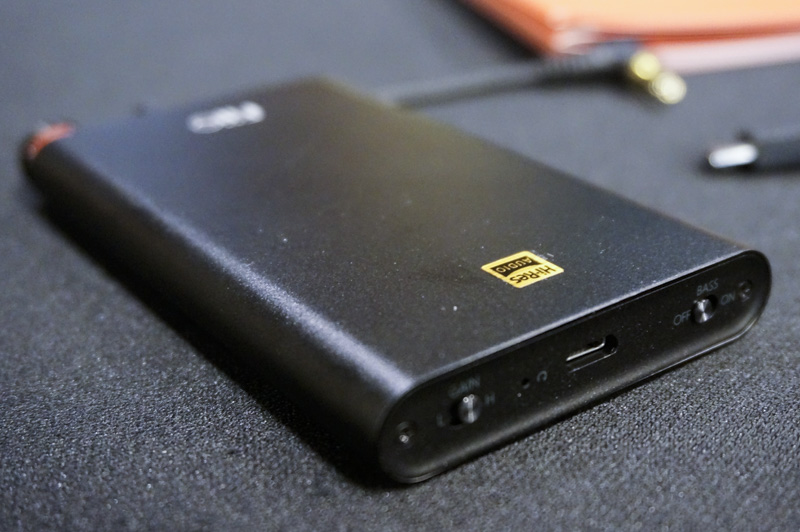 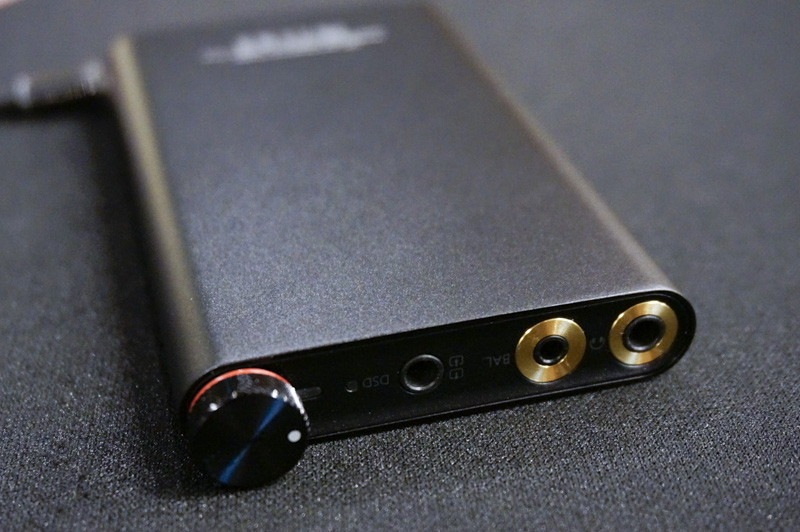 The Q1 Mark II weighs just 101.5g, and measures just 99 x 59 x 12.5mm. The rounded edges feel very nice in your hands, and it certainly is thin enough that you might just be able to squeeze it and your smartphone into your back pocket - where most flagship phones are these days.

We're told stocks for these products will only arrive in two-to-three weeks, but pre-orders are open so you can head down to your nearest authorized dealer to book your set now.