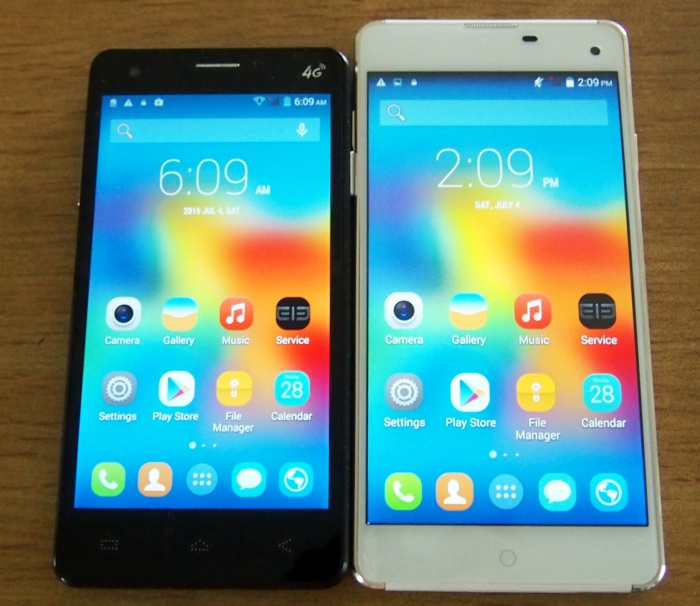 Established at the end of 2006, Chinese phone maker Elephone is making inroads into markets beyond its home base. As of 2014, Elephone has sold over 10 million units of its smartphones in Europe, North America, South America and Middle East.

Singapore is one of its latest forays where it launched two midrange smartphones, the G7 and P3000S. Can Elephone stand out from the other Chinese brands (Huawei, Oppo and Xiaomi) and make its presence felt here? Well, here's our first impressions of the two devices. Below is an overview of the specs of the two phones:

The G7 is the bigger of the two handsets with a 5.5-inch 720p IPS display. In terms of height, the G7 is slightly shorter than the ASUS ZenFone 2 at 152mm. Elephone claims that the phone is just 5.5mm thin, which is rather impressive for a phablet of its size. The G7 also feels more premium thanks to the use of a metallic frame. However, the glossy rear cover feels cheap and flimsy, especially when removing it. 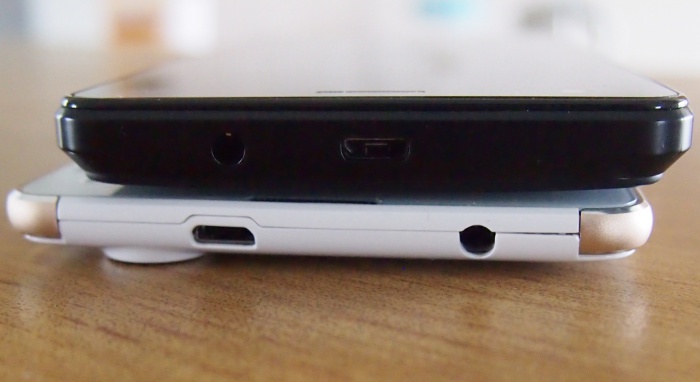 Both phones have capacitive navigation buttons below their displays; the G7 has a permanent circular button in the middle flanked by two smaller circular ones which only light up when touched. They only stay lit for about five seconds before fading and there's no way to change the duration. Further to that, there is no indication of the functionality of each of the smaller circular icons which can be confusing and irritating initially. Just to set the record, the left circular icon acts as a menu button while the right icon functions as a back button. On the P3000S, the three navigation buttons are represented by dotted shapes that are self explanatory (menu, home, back). 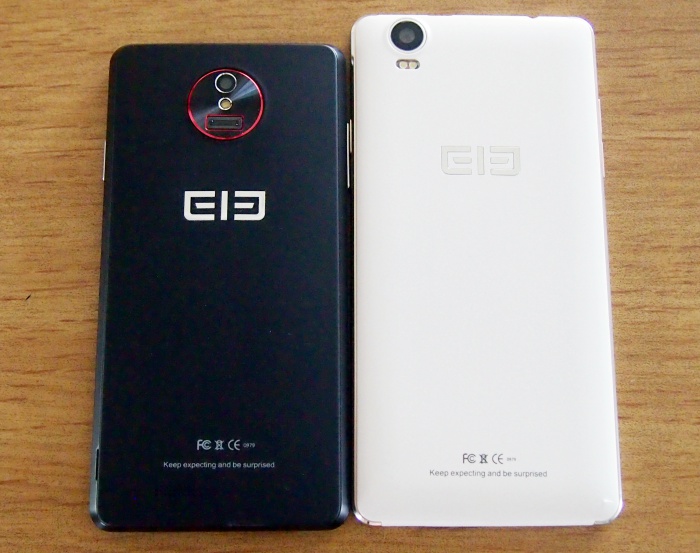 From the back, the P3000S looks more unique with a fingerprint sensor located just below its 13-megapixel camera. The placement and function is somewhat similar to the Huawei Ascend Mate 7; you can secure the phone and individual apps with your fingerprint. We will discuss more about its features and usability in the next section.

If you are hoping that the phones run on the latest commercially available Android version (Android 5.0 Lollipop), you will be disappointed to know that both phones run on the almost two-year-old Android 4.4 KitKat (to be exact, its Android 4.4.2). With a non-existent track record of speedy Android updates, we are not sure if Elephone has future plans to update both phones to newer Android versions.

On a more positive note, both phones seem to be rid of bloatware that is prevalent in Oppo and Samsung phones although Elephone's software strategy seems to be a little confusing. While you can expect to see an almost stock Android interface on the G7, the P3000s has screen gestures to wake up the screen or launch particular apps. If this sounds familiar, Oppo also has similar features - Gesture Panel and screen-off gestures - on its mobile phones.

Fingerprint Sensor on the P3000S

Imaging, Storage and Other Specs

The G7 and P3000S boast better than expected imaging resolution for their price range; both are equipped with 13-megapixel rear cameras and 8-megapixel front-facing cameras though the G7's rear camera has a bigger aperture of f/2.0 compared to the P3000S' f/2.2 aperture. By contrast, there is nothing worth mentioning about their camera interface as it is relatively basic. Even so, we noted that you can enable zero shutter delay, and modify the ISO levels (Auto, 100, 200, 400, 800, 1600).

In terms of storage capacity, the G7 and P3000S come with 8GB and 16GB internal storage space respectively. Fortunately, both phones support microSD cards. Due to the almost stock nature of the interface, a normal user should find the available storage space out of the box sufficient for basic usage.

Another aspect of the two smartphones which puzzled us is the choice of battery. One would be inclined to think that the phone with the bigger display (G7) would have a bigger battery, but this is clearly not the case for the G7 and P3000S. The 5.5-inch G7 has a smaller 2,650mAh battery to keep it running while the 5.0-inch P3000S has a higher battery capacity (3,150mAh). Perhaps the 4G LTE connectivity support on the P3000S led Elephone to putting a higher capacity battery in the phone. 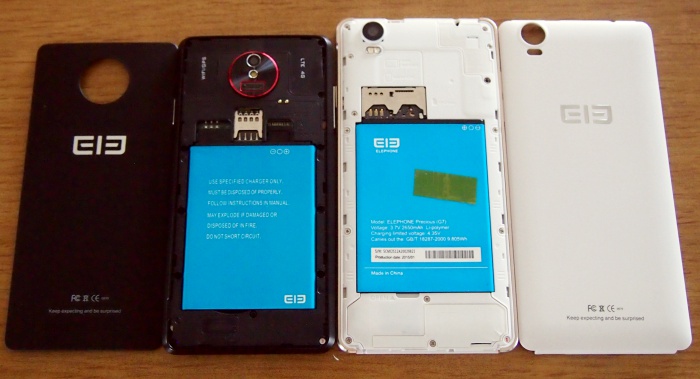 Both phones are powered by the MediaTek 6592 family of processors, which are also used in the Xiaomi Redmi Note, Huawei Honor 3X and HTC Desire 616. The main difference is the clock speed; the G7 has the octa-core chip that can run up to 1.4GHz while the chipset found in the P3000S runs faster with a maximum frequency of 1.7GHz. In real world use, we didn't notice any significant difference between the two phones where fluidity and speedy multi-tasking is concerned. However, the acual user navigation leaves much to be desired as the experience is not as polished as its peers such as the ZenUI in the ZenFone series.