Note: This article was first published on 2nd November 2018. 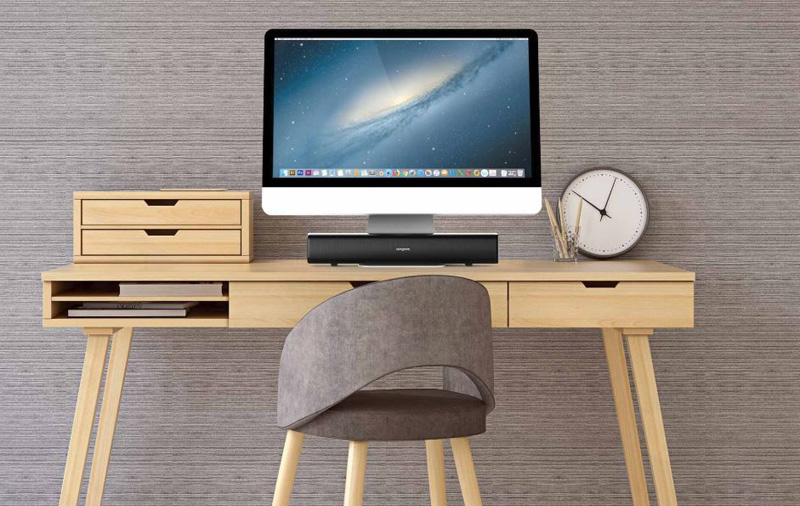 In much the same way, the just-released Creative Stage Air is meant to blend in nicely with your computer’s monitor, giving you better audio than what you’d get otherwise from screens with built-in speakers. Unlike TVs, the space around the computer is usually more premium and thus a speaker with small footprint works best for those who are calculative of their desk space utilization. Measuring just 410 x 70 x 78mm, the Creative Stage Air is certainly a slim and compact 'soundbar' (or under monitor speaker to be exact, but for brevity sake, we'll stick to using the "soundbar" term). The soundbar weighs just 910g, and interestingly it's equipped with a 2,200mAh internal battery that's good for six hours of playback when it's not connected to any wall power. So that makes the Creative Stage Air more of a wireless soundbar, which means it isn't strictly restricted to just being under your monitor as you can place it wherever you please. Not bad for an S$60 speaker. 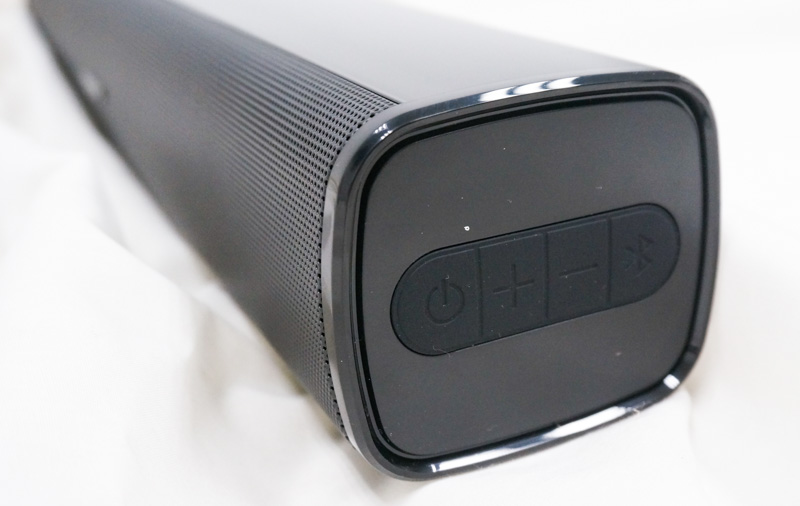 Simply connect your audio sources to it via Bluetooth 4.2 or the traditional 3.5mm audio jack and you’re good to go. Because the soundbar has an internal media player, you can even plug a thumb drive with songs on it and play those files directly via controls on the side of the soundbar, so you certainly have great flexibility where the placement of the speaker is concerned. What you won’t have flexibility with is the format of audio files you play via the internal media player, as speaker only plays songs in MP3 format at a maximum resolution of 16bit/192kbps.

This mini soundbar has a modern design, with a black finish on top contrasting the perforated grill in front. Unlike the Creative Roar, you won’t find side-firing speakers with this soundbar though. Instead, the Creative Stage Air uses custom-tuned full-range drivers and an oversized bass radiator to deliver full-range sound despite not having a subwoofer unit. 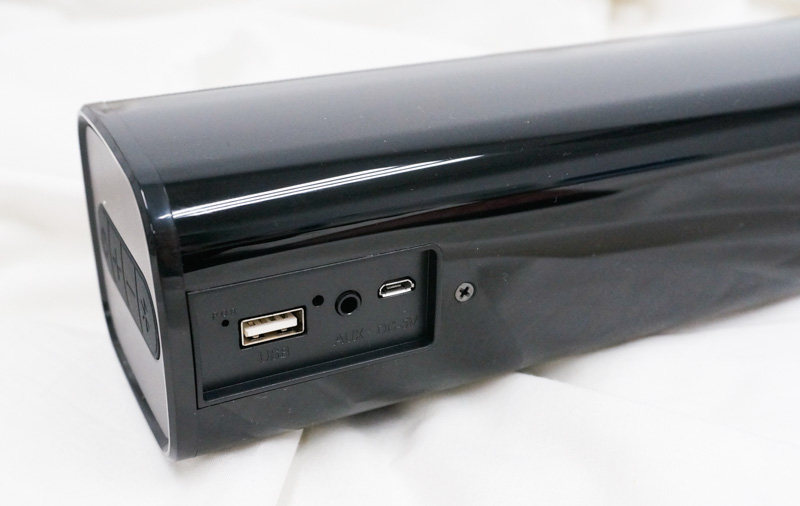 As you can see, there isn’t much for ports on this soundbar. One full-sized USB port, a micro-USB port for power, and the 3.5mm audio jack are all you get. Unlike with the Roar speakers, you don’t get a power adapter in the box, so you’ll have to USB charge either through your computer or through an external USB charger. Chalk that down to keeping costs low for a lower priced device perhaps?

We gave the speaker a brief run-through and thought the soundbar delivered good sound for its price point overall. For example, on a recording of Queen’s Bohemian Rhapsody, we thought the small soundbar did well in delivering clear, natural vocals despite the numerous backing instruments in the track.

Shifting to the jazzy Temptation by Diana Krall showed that the soundbar was able to deliver sweet sounding vocals with decent separation. Krall’s vocals were delivered with good warmth and just enough weight to stand out from the band behind her.

The soundbar seems to be tuned more for performance in the highs and mids though, as it did best on a live recording of Eric Clapton’s Have You ever Loved a Woman. This piece has plenty of guitar work in the upper ranges, and upper mids, and the soundbar manages to render it well.

Finishing off with Michael Jackson’s Beat It, we thought this track showed that the soundbar generated a relatively narrow soundstage. Further to that, the bass lacked the body and impact needed to match this fast moving track. Unfortunately, stereo imaging also proved to be a weakness as it often felt as though there was just one central channel.

Overall, we’d say the Creative Stage Air is good for general listening if you want something that’s better than the default speakers in your computer monitor, need something low cost and occupies very little space.  The sweet spot for listening seems to be about 1 to 1.5m from the soundbar, so we think that despite its wireless capabilities, it’ll end up under your computer after all, but that’s a good way to keep it powered too since it relies on USB charging. 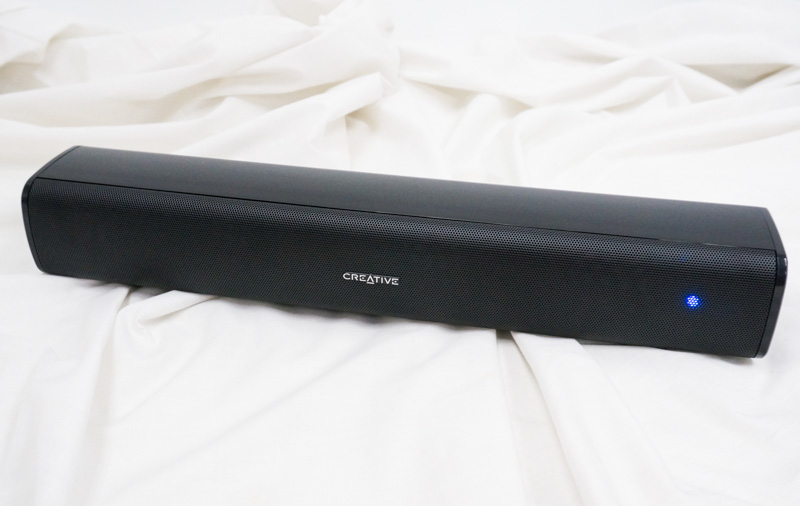 Somehow it seems Creative’s past successes have set the bar a little too high for this soundbar. We actually tested the smaller Creative iRoar next to the Creative Stage Air and were disappointed to find that the smaller speaker delivered much better stereo separation and clarity (Not to mention volume). Of course, that’s currently retailing for S$299 though - a good five times the cost of the S$59.99 Creative Stage Air, so it seems you really do get what you pay for with this new entry.

If you don't mind spending more and getting a much more powerful under monitor speaker option, don't forget the Creative Katana that's much more capable than many speaker systems. But if cost is a key concern, the Creative Stage Air is an interesting option - just don't expect it to sound like the Roar series.