Note: This article was first published on 3rd September 2016. 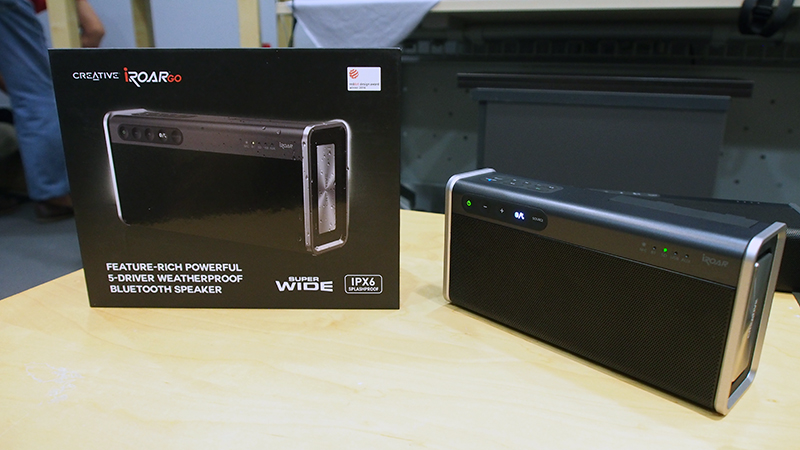 What's so new about the Creative iRoar Go?

The Creative iRoar Go may be a product refresh, but Creative takes user feedback into account before pushing out the next generation of audio devices. It led them to improve certain aspects of the iRoar range. Their latest foray into the iRoar Go brought many extra features and quality-of-life changes to please its fans, while making it even more competitive at its price bracket of S$299.

More portable than before 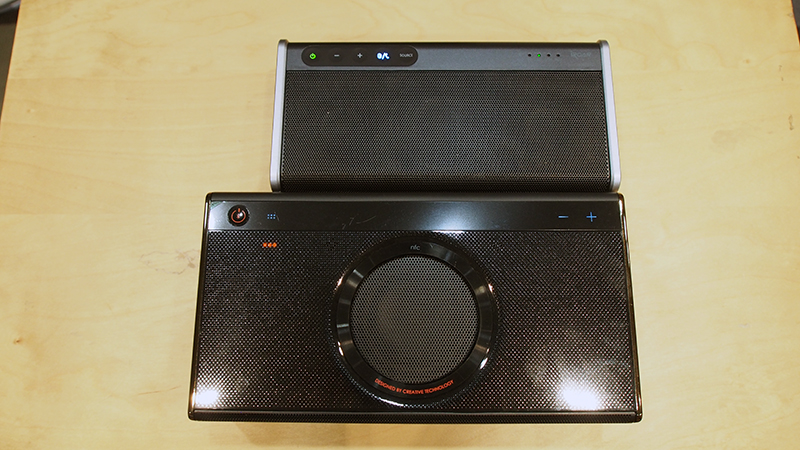 For starters, the iRoar Go is 40% smaller in physical size and 25% lighter when compared to the predecessor (iRoar Go is 54 x 192 x 97mm and weighs 0.81kg). This makes the iRoar Go more portable than ever, taking up less real estate without sacrificing too much of the speaker's volume. Creative reduced the size of the magnet assembly within their drivers to give it sufficient air and space for the iRoar Go's sound. But where does the iRoar Go stand amongst their existing Roar-type speakers? Creative said:

"At max volume, the iRoar Go would be louder than the Sound Blaster Roar 2 and Roar Pro (slightly) but not the iRoar. The iRoar is much bigger in size, with a bigger battery and higher powered amps - which makes it the loudest and most powerful in the Roar family."

So the old iRoar is still louder than the iRoar Go, but the new portable speaker is louder than most of its older cousins, too. Also, the audio processor used in the iRoar Go is different from the iRoar's, which Creative did not give a name to, yet. 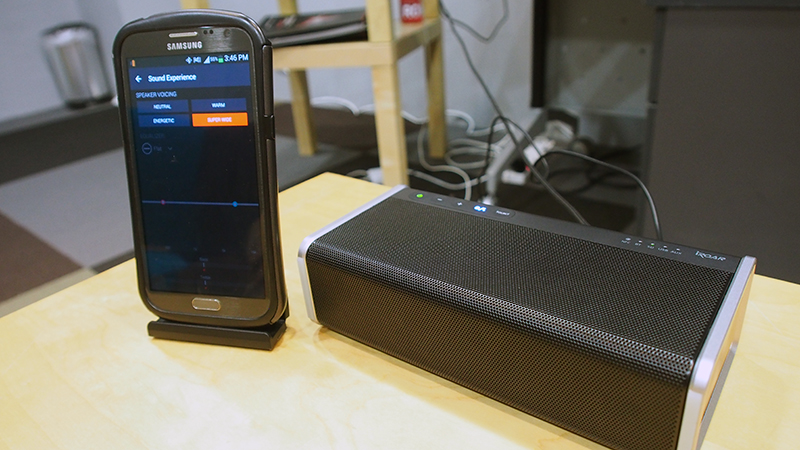 While the iRoar Go is the literal follow-up to the iRoar, the iRoar Go spiritually takes after the Creative Sound Blaster Roar 2. We say that, because the iRoar Go's driver arrangement is similar to the dual-placement setup used in the Roar 2. The iRoar Go also shares similar aesthetics with the Roar 2, as it features the same raised edges and metal-ringed sides, as well as the rubberized crown that houses the speaker's control panel and ports. 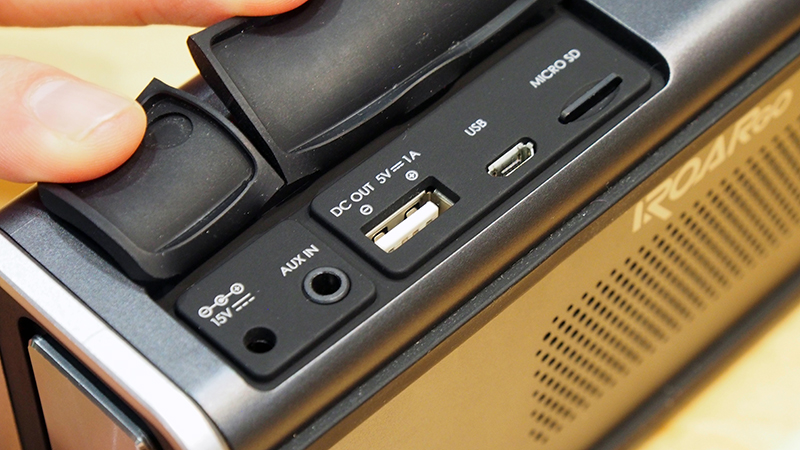 The iRoar Go uses an intelligent five-driver arrangement within. The front panel features two high frequency drivers that flank an all-new subwoofer, and the far sides of the speaker house a passive bass radiator each. The radiators use a machined aluminium finish. 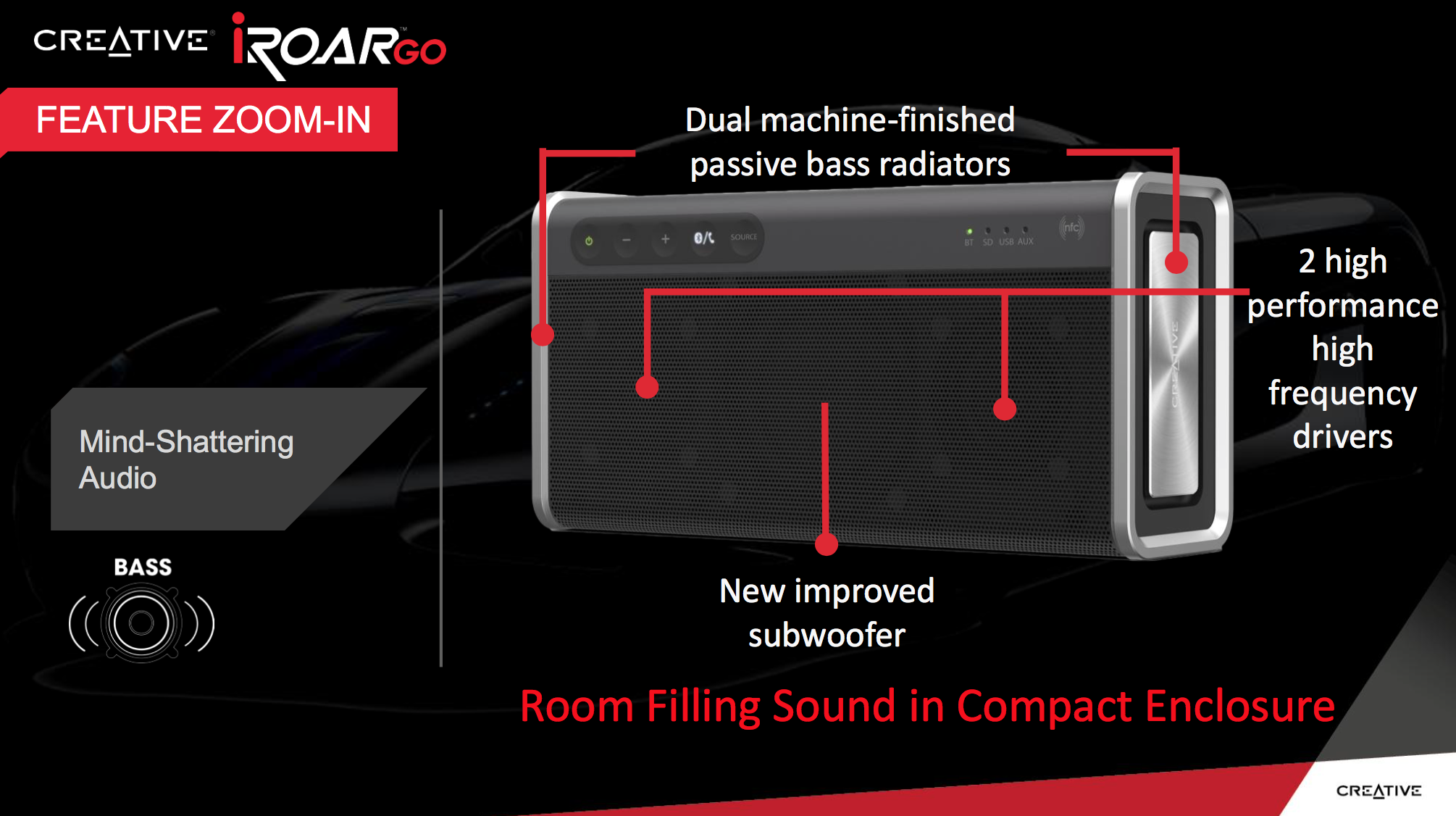 How long can it last for? 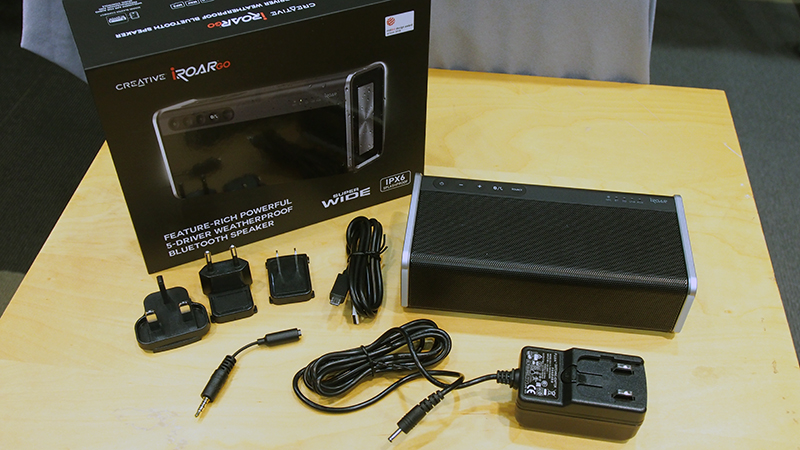 The iRoar Go packs up to 12 hours of battery life. To charge the iRoar Go, you'll need to plug the speaker to its proprietary AC adapter via its 15V DC input (three hours long from empty to fully charged). Creative said that not many of its users utilized the USB charging port to charge their iRoar speakers. Hence, they've removed that feature, leaving behind the option to use the speaker to charge other mobile devices.