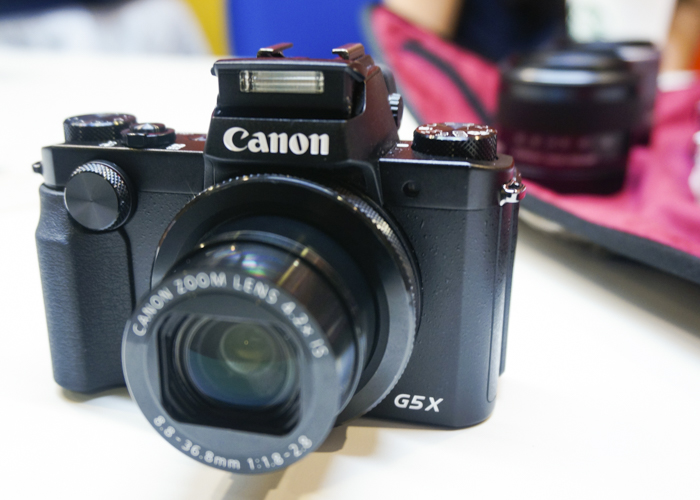 We first published news of Canon’s latest product release about a week ago, and now we’re pleased to give you a quick first looks of the PowerShot G5 X, the first PowerShot G series camera to come with a built-in electronic viewfinder (EVF).

To be honest, we were quite surprised at the timing of the last announcement by Canon. After all, the PowerShot G3 X had barely arrived four months ago, and the EOS M3 was just refreshed in February, so surely it was too soon to change out the entire line-up. Why the rush? Well according to Canon, these aren’t replacements to everything launched this year, but rather additions to the line that focus more on lifestyle. As such, the new cameras are all slimmer and lighter, with more emphasis placed on the finish as well as additional color offerings.

The PowerShot G5 X for instance, takes on a radically new look, bringing some slightly retro design cues compared to the PowerShot G3 X (and indeed, all the previous G series cameras before it). There’s a lot to like about the new design of the PowerShot G5 X. The buttons are all neatly arranged to the side, with the video recording button hidden in the thumb grip, making it fairly accessible without having to shift your grip. 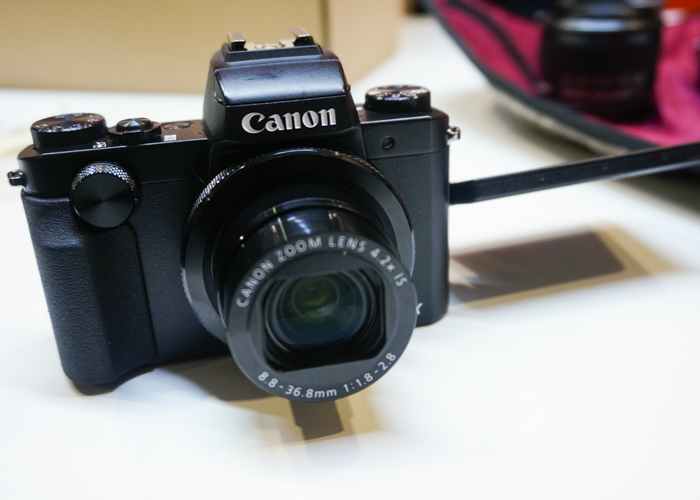 There’s also a flip-out vari-angle LCD with touch that will allow you to operate the camera from virtually any angle. You can also easily set your focus point by just tapping the screen, so there are no directional pads to fumble with. And of course, you can tap the screen to trigger the shutter, thus offering another option when you have to hold the camera at angles where the shutter button isn’t easily accessible.

Everything is simply laid out on the top, with a nice knurled finish to the main control dials so you can easily change modes or dial in exposure compensation just by feel. Of course, the PowerShot G5 X maintains the control dial around the lens, as well as another in front. In this case, the dial is aligned vertically instead of horizontally, which might be a little odd to most of us, as we’re used to swiping the front dials left or right to adjust settings. In practice, this orientation does offer a larger surface area to feel for, so we don’t think it will take much of an adjustment to get used to. 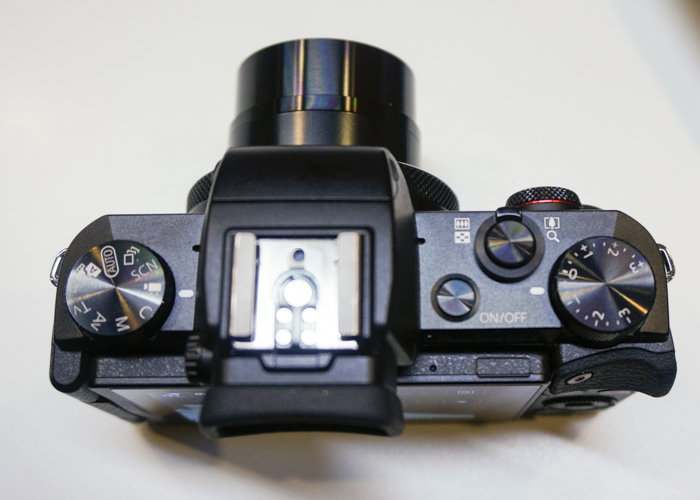 Finally, we must say we do like that they’ve kept a pop-up flash for the PowerShot G5 X. Pop-up flashes are always handy to use, and we do like the way Canon has integrated it into the EVF. Early impressions of the EVF are that it is fairly bright and certainly well-placed so that you can (largely) use it without your nose touching the LCD (important since the screen is touch sensitive), but we’ll hold off on comment till we’ve actually tested it out more in the field. Overall, the camera seems quite responsive, as you might expect from a G series camera. The zoom range is certainly more modest at just 24-100mm (35mm equivalent), but at the same time you get a larger aperture of f/1.8-f/2.8, which is always handy for bokeh effects or in low light. Stay tuned for a full review in the coming weeks!