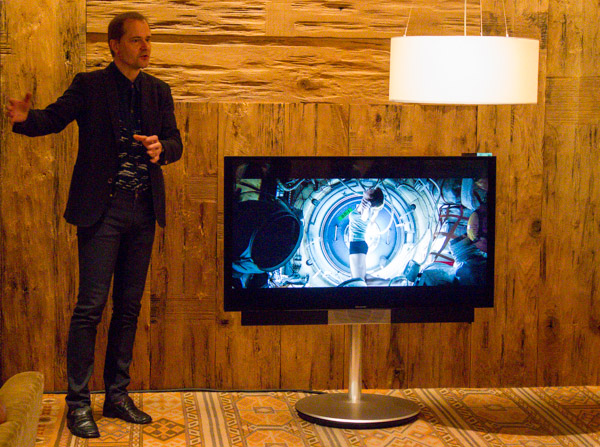 Perhaps sensing our skepticism at the claim above, Bang & Olufsen ran a quick demonstration of the BeoVision Avant’s capabilities by playing a short video clip – and the Avant duly responded, filling the restaurant with sound. Bass was very decent considering it was coming from just the sound bar below the TV, and we were told that the sound bar holds a full three-channel system, with three dedicated tweeters, three midrange units, and two bass drivers.

Picture quality is improved by the use of a chromatic light sensor on top of the unit to measure the lighting conditions both in front and behind the BeoVision Avant, and which automatically adjusts the screen’s settings for optimal viewing. In addition to the usual contrast and color adjustments, the BeoVision Avant also provides controls for Gamma, as well as picture presets for faster adjustment. For example, there’s a setting for gaming, which increases the refresh rate for better response, and the Movies preset puts the color temperature to 6500K. 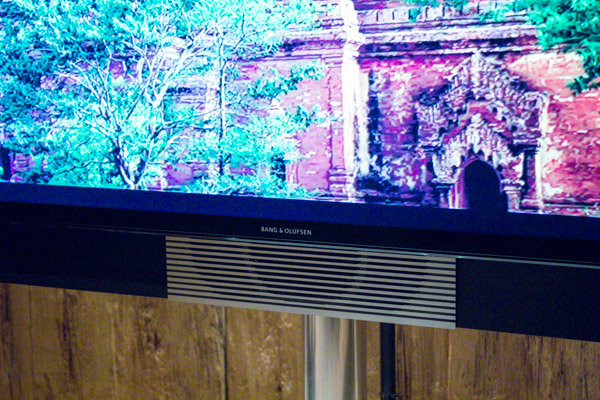 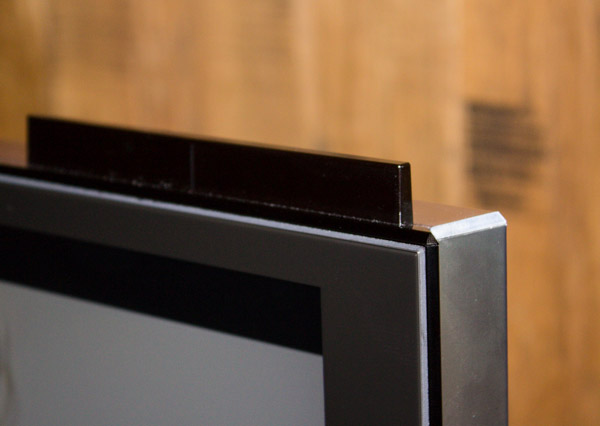 A BeoRemote One is included with every BeoVision Avant, which is basically a very stylishly crafted remote control that has preset function buttons that let you quickly revisit favorite internet radio stations, TV channels, or custom set-ups. Bang & Olufsen is also offering the option to have your remote engraved for free - there’s space for up to 29 characters. 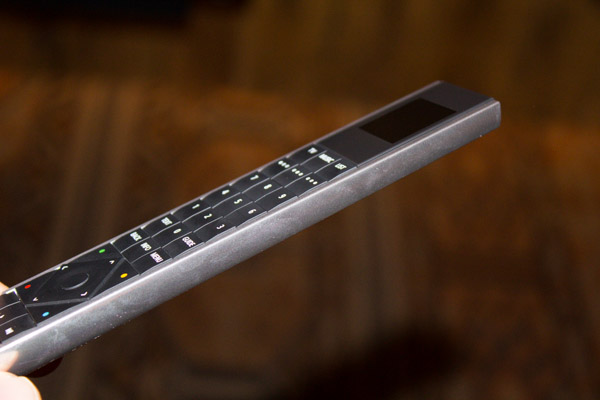 All the ports and cabling are hidden in the back of the TV, so only the power cable is visible on the outside. The WiSA (Wireless Speaker and Audio) standard is also used by the BeoVision Avant to connect to wireless speakers like the BeoLab 20. This provides 24-bit uncompressed audio for superior sound, and further reinforces the cable-free concept. In addition, Spotify and Deezer play natively; and we were told that access to more than 70,000 Internet radio stations worldwide is built-in into the TV.

Finally, there’s the BeoVision Avant’s ability to arrange itself according to your room – offering options for your wall, floor, and table that allow the TV to stay flushed against the wall when not in use, and rotate out when needed. Check out the video below to see how it works.

The BeoVision Avant is available now with configurations starting from S$15,000.