That’s not where the phone’s story ends however. Accessories play a big role in how ASUS intends for you to use the ROG Phone, and there’s a decent selection to play with already.

The clip-on cooler that the phone ships with has been dubbed the AeroActive Cooler, and it provides additional active cooling for the phone and a more convenient location to plug in your headphones in landscape mode. Then there’s the Gamevice controller pad, which clamps onto the phone to provide more traditional hardware buttons for gaming. This can work together with the WiGig Dock to stream your game to a nearby TV using a 60GHz 802.11ad Wi-Fi connection. In a short demonstration that ASUS gave us, I didn’t notice any obvious lag, but it remains to be seen whether many people will have use for this.

One of the more interesting add-ons is something called the TwinView Dock. This takes the form of a chunky clamshell case – you slot the phone into a niche in the top half and enjoy an extended interface thanks to the matching 6-inch 1080p screen at the bottom. 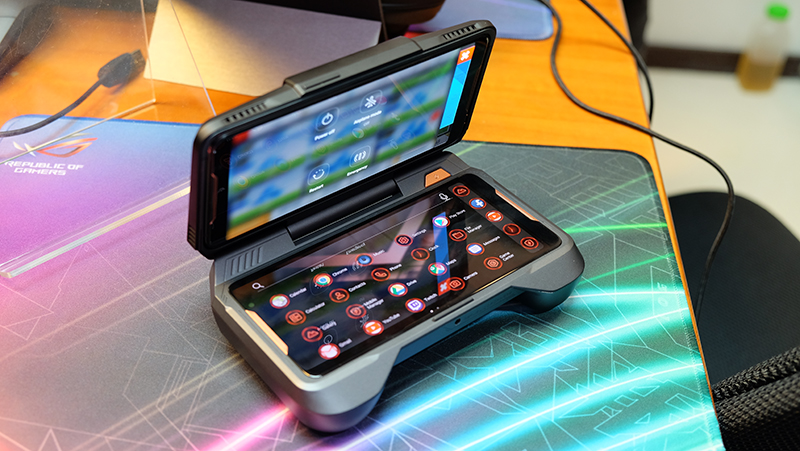 The case is so large partly because of the 6,000mAh battery it houses, but it also gives you access to physical shoulder triggers, enhanced force feedback, front facing quad speakers, and additional cooling.

Finally, there’s the Mobile Desktop Dock, which plugs into a PC and lets you use the same monitor, mouse, and keyboard to access either the PC or the ROG Phone. For example, you can either project the phone’s display to the monitor or use it as a secondary display for your regular PC. All things considered, it’s difficult not to be wowed by the amount of effort ASUS put into the phone. The device itself offers intriguing features that help it stand out as a phone for gamers, and its thoughtful ecosystem of accessories only extends its functionality.

This project clearly wasn’t conceived and executed overnight, and it is an earnest effort to woo mobile gamers in a time when the industry is booming.

The biggest problem then is the question of who exactly will buy the phone. It’s a niche product and its design won’t appeal to everyone, but ASUS still deserves praise for the thought it put into the phone. 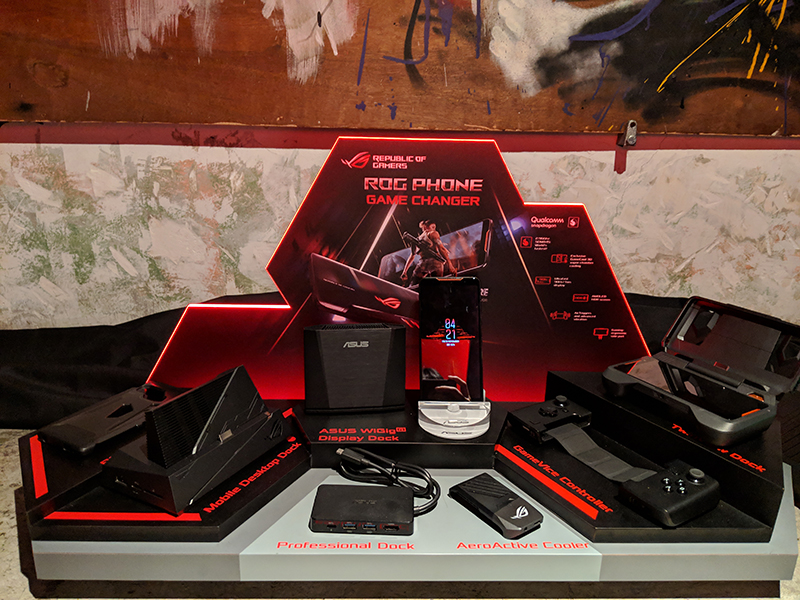