The trappings of a Sony Master Series TV

Note: This article was first published in August 2018 and is re-published as the TVs are now available in retail. 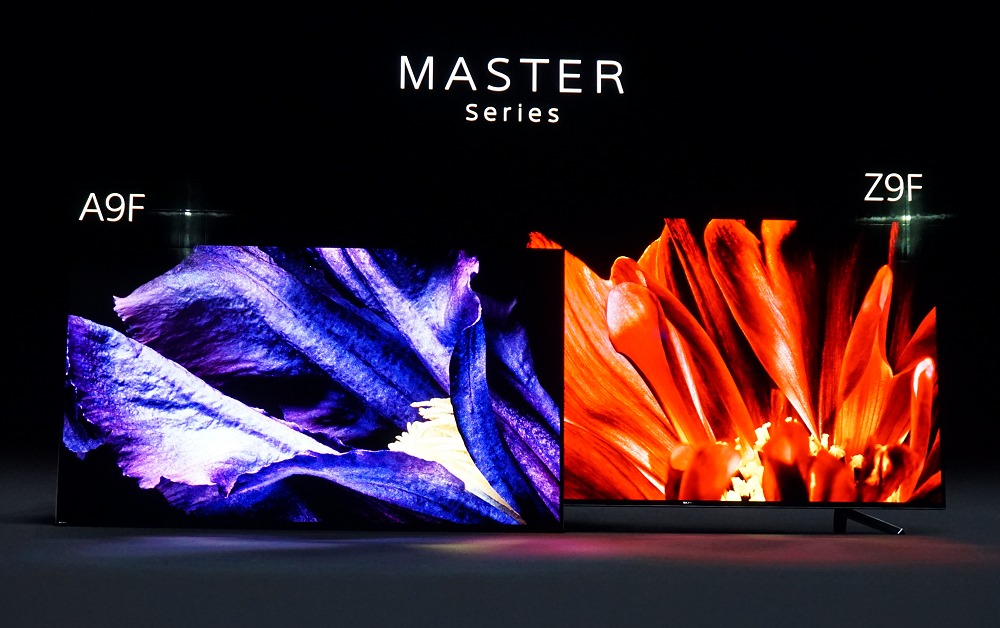 The trappings of a Sony Master Series TV

New TVs launches come cyclically every year, most notably either previewed during IFA or at CES. This year, Sony pulled out all stops to showcase a new class of TVs – one that's elevated high enough to match the director’s intent closely.

Enter the all-new Master Series A9F (OLED) and Z9F (LCD) TVs launched on the 1st of August 2018 and are coming to retail sometime later in September.

What’s with the Master series naming?

To understand that, we’ll first need to recognize what drives Sony.

Simply put, their mantra is to get closer to people by connecting them through Kando – the ability to invoke an emotional response through inspiring the heart and soul.

Sony has always championed their Lens to Living Room concept that focuses on their heritage of photo and cinematography which enables them to deliver studio production grade equipment that drives big screen entertainment though Sony Pictures, while also enabling home entertainment through TVs in the living room via Sony Electronics.

With so much effort going into producing and delivering the director’s vision on a cinema theatre, Sony is keen to upkeep the director’s intent even in the small screens in the living room.

Why pursue preserving the creator’s Intent?

Many major studios and production houses make their creative decision through Sony’s professional reference monitor – the US$30,000 30-inch 4K OLED monitor. As such, the Sony BVM-X300 is the de-facto industry standard for content production needs.

Sony wants to deliver this studio-quality experience to the living room, all day, anytime. It is about experiencing the movie as the director intended for the audience - no matter if it's in the theater or the comfort of one's home.

The problem is that various display technologies exist in the market with each TV having very different characteristics. LCD TVs offer much higher screen luminance whereas OLED TVs offer precise control per pixel. So minimizing the gaps to deliver an accurate signal suitable to the TV and technology used is key.

This leads to the definition of the Master series TV, whose aim is to reproduce the creator’s intent with highly accurate and high-performance picture reproduction and deliver it to the home. Only top of the line products and the very best in Sony's lineup can be worthy of the Master Series naming.

What are the Sony Master Series technologies involved to reproduce the creator’s intent?

There are five core areas that Sony is focusing on preserving the director’s intent at home (along with the corresponding Sony proprietary technology naming):- 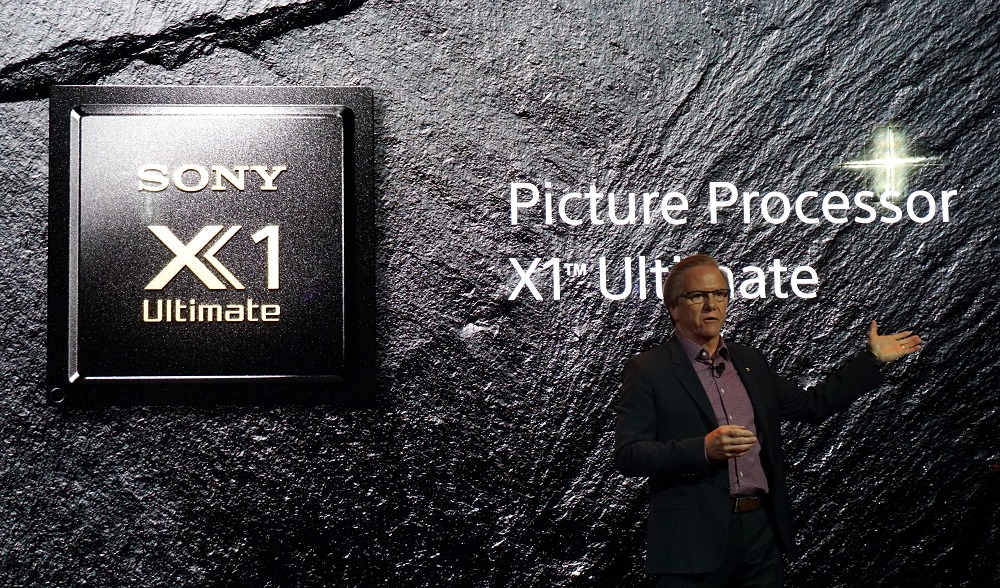 Their secret sauce to deliver the creator’s intent? At the heart of their brand new A9F and Z9F TVs is a new X1 Ultimate picture processor that’s two times more powerful than the current X1 Extreme processor. Sony has stressed that accurate signals processing is imperative and tops anything else in importance to advancing their TVs capabilities.

Having a better processor means the TV can best analyze the incoming signal and analyze the panel/TV tech you’re using to determine the best way to combine these findings to get the best picture quality out of it. The existing X1 Extreme has dual databases for noise reduction and upscaling processing to enhance detail, in addition to color resolution processing, super bit-mapping, SDR remastering to HDR and more. All of these are brought over to the X1 Ultimate and its further aided by a few more new features:-

With a vastly powerful processor, the X1 Ultimate can slice through a scene far more finely than the X1 Extreme could. For example, a bunch of grapes isn’t processed as a whole; instead, it can now be mastered per grape for greater accuracy, detail, better depth and texture. All-in-all, to deliver a far more realistic picture thanks to true object-based processing enabled by the higehr throughput of the new processor. To give you an idea, Sony shared that the X1 Extreme can currently process 16 concurrent objects, but the X1 Ultimate has raised this ceiling considerably as it’s able to process every object seen on the screen. (Sony hasn't revealed a specific figure, but it's far much more than X1 Extreme could muster.)

In conjunction with the new X1 Ultimate picture processor, this panel controller maximizes the screen’s dynamic range by widening the area of color reproduction at high brightness. It’s rumored that Sony removed the panel’s automatic brightness limiter so that their TVs can go far brighter and deliver a more impactful HDR picture. 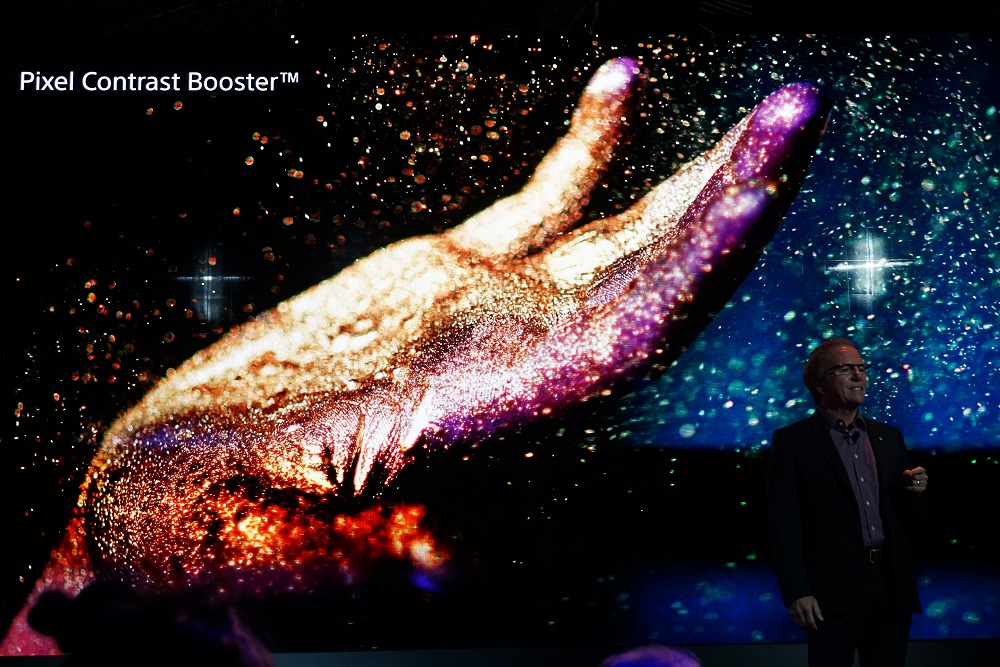 As impressive is Sony’s Z9D with its Backlight Master Drive technology, its off-axis viewing angles were not great for family viewing needs. For the new Z9F, Sony has improved its panel’s optical film structure and along with better signal processing with the X1 Ultimate processors, the new Z9F has improved its off-axis viewing angles considerably over the current Z9D. In fact, it has an almost IPS-like viewing angle. Color shifts and black level shifts associated with VA panels being viewed off-axis have significantly reduced. 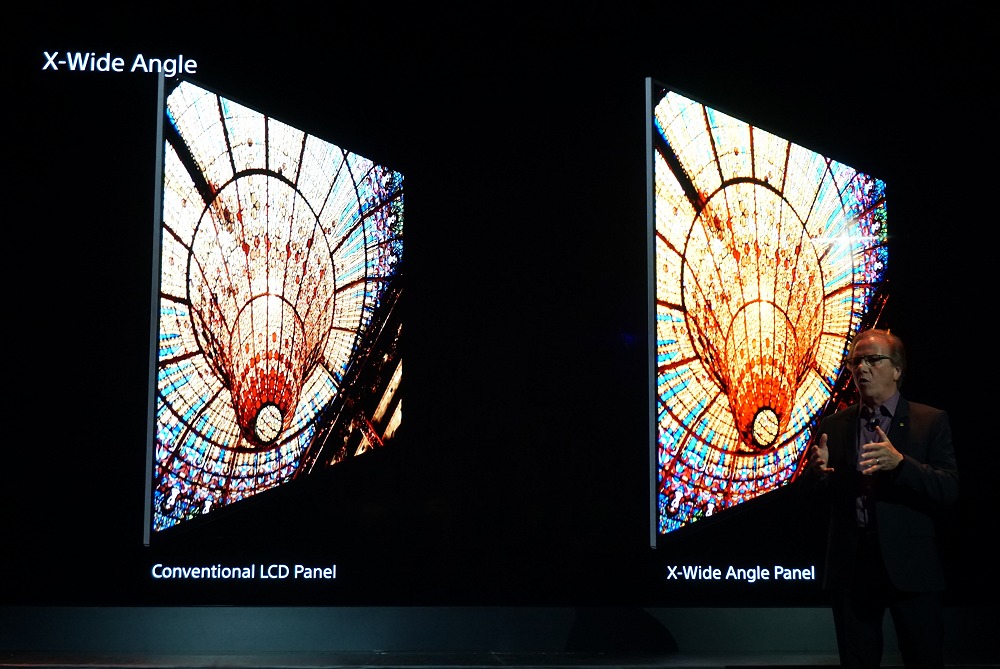 As the Z9F is a full-array local dimming based TV, Sony is able to object-based blink the backlight only in areas where motion is detected but also alternate that with X-tended Dynamic Range Pro boosting technology (Sony's proprietary direct LED local dimming and backlight boosting algorithm) to maintain high brightness. So what Sony is doing with X-Motion Clarity (a feature first introduced in this year's X9000F model) is boosting and blinking concurrently to maintain high brightness content while delivering better motion capabilities. Thanks to the high processing throughput of the new X1 Ultimate processor, Sony is now able to employ multi-zone motion dimming to effective areas of the scene where movement is present to preserve high brightness and minimize motion blur concurrently. In a conventional TV when you try to improve the picture quality or motion, you blink the entire backlight, which reduces the overall brightness of the picture.

Here's a quick clip to show the difference with X-Motion Clarity enabled (left) and disabled (right) on the same TV:-