Review: The ROG Phone 3 is a gaming smartphone we never asked for but want 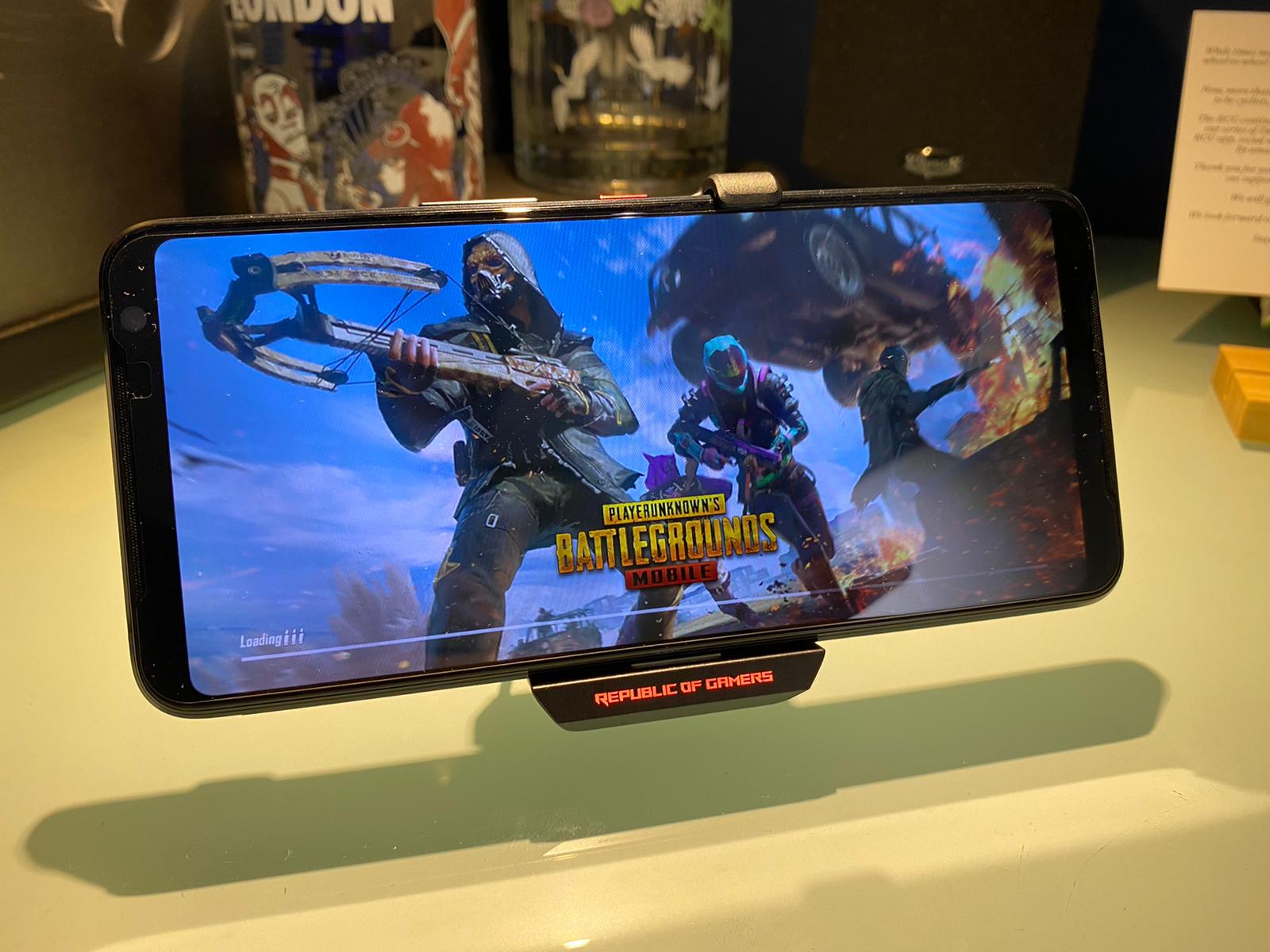 Now that ASUS has officially announced the ROG Phone 3, we can finally talk about my impressions with a pre-production unit of the phone. I say pre-production because ASUS made it clear the unit is not a final build and some kinks is to be expected from it. We’ll do a review, including benchmarks, of the ROG Phone 3 when ASUS send over a retail-ready unit in the coming weeks. In the meantime, let’s take a look at the third generation of the ROG Phone.

It looks just like the past two ROG Phones 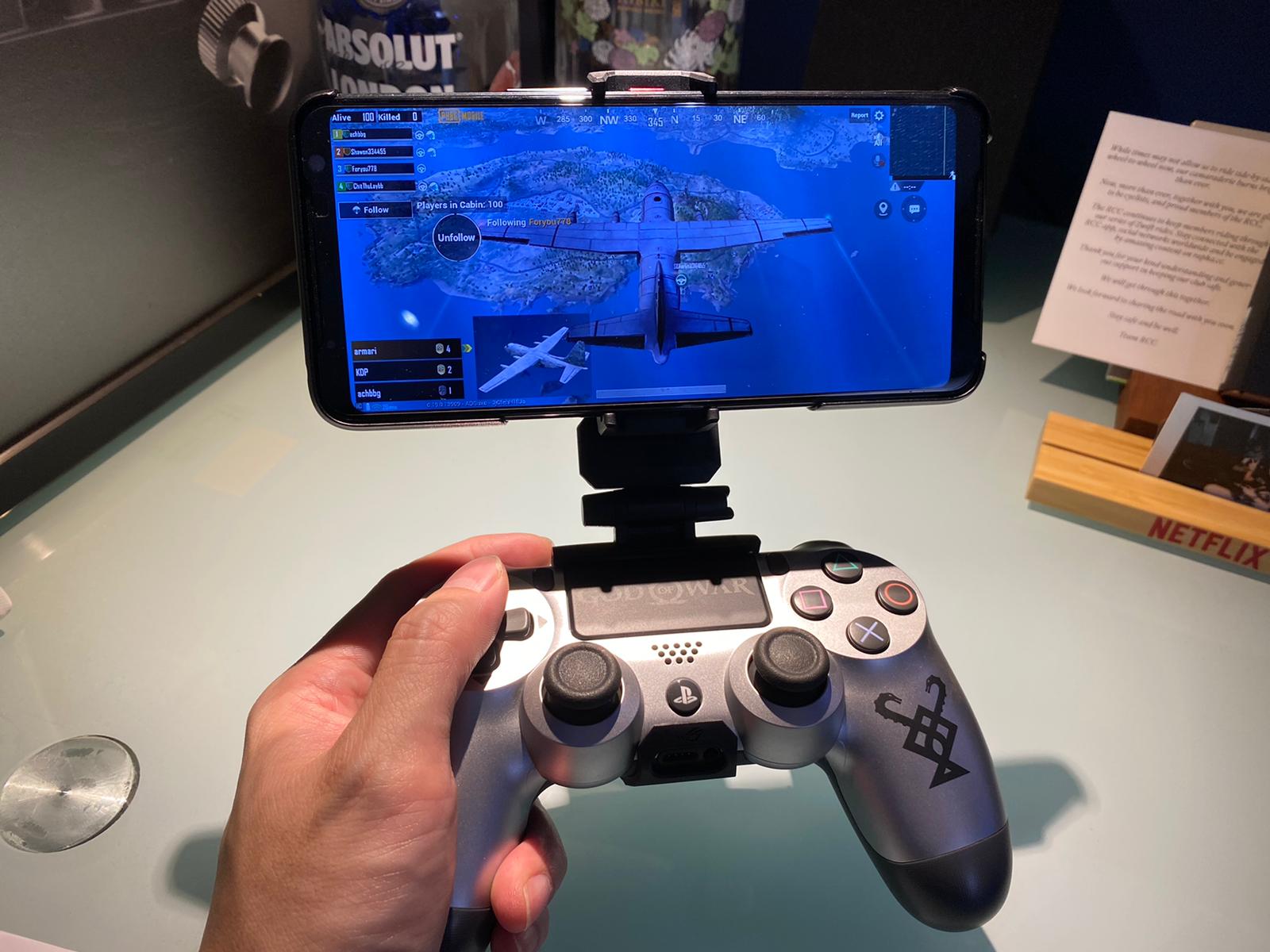 From an aesthetic point of view, you’ll be forgiven for mistaking the ROG Phone 3 as any of its two predecessors. It still has the same chunky behemoth heft as before, and even weigh the same at 240g. Rather than upending a proven formula, ASUS has apparently decided to continue making progressive updates to the gaming phone’s design. I’d personally welcome a new hardware design, just to see how much bolder ASUS can get with the ROG Phone. But as iPhone user for the past 10 years, that could also come across as a little hypocritical.

There’s also a good reason why ASUS is sticking with the same design; apart from one, almost all of the accessories (and a trolley luggage) made for the ROG Phone II can be carried over to the new phone – making it a little less painful for ROG Phone fans to upgrade to the ROG Phone 3.

The rear of the phone unmasked one key difference between the new and old ROG Phones though. Whereas the ROG Phone II sported two cameras at the back, the ROG Phone 3 now comes packed with a triple rear camera setup: a main 64-megapixel camera, an ultrawide-angle and a macro camera.

It is the most powerful Android phone now 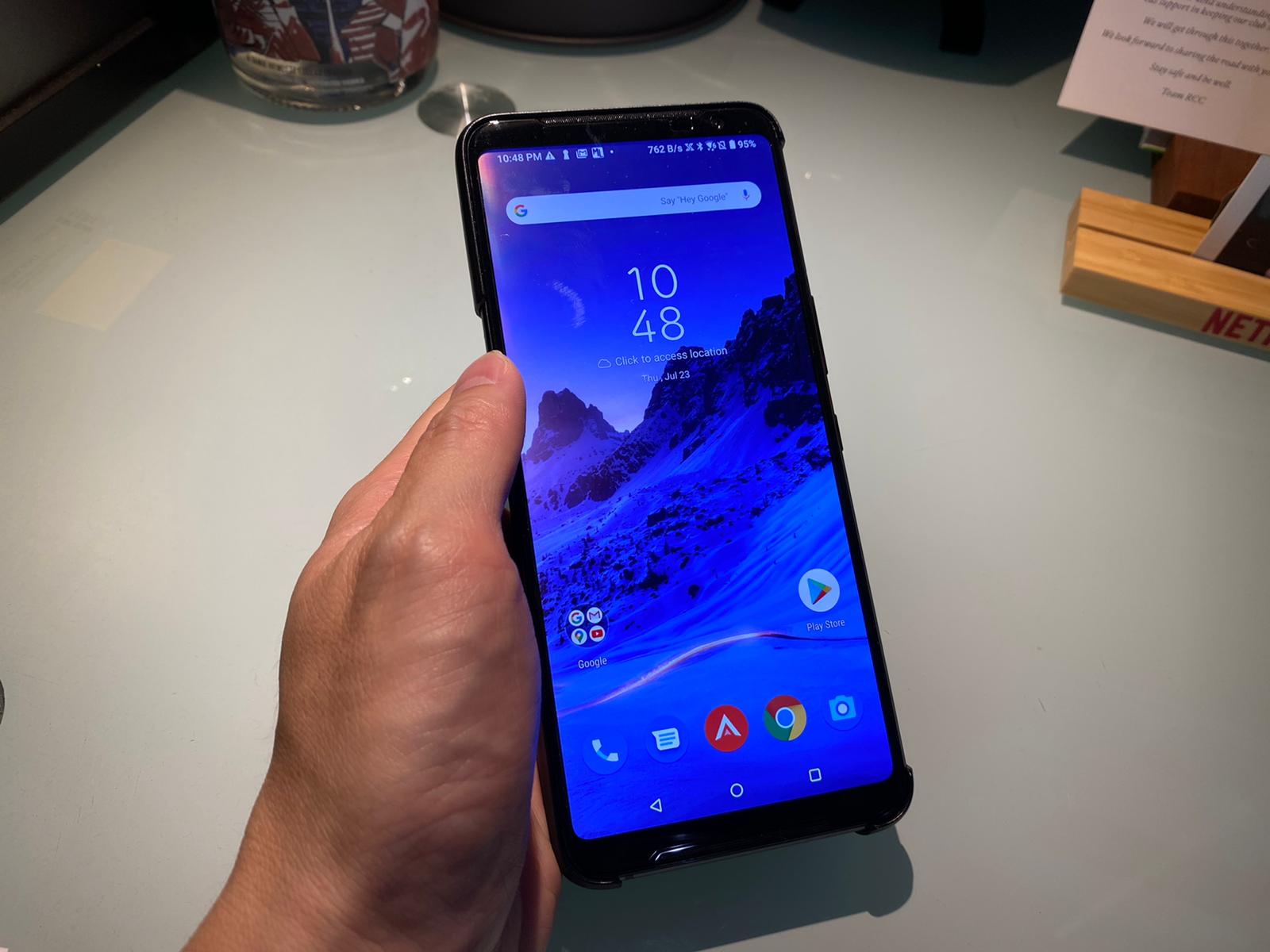 The ROG Phone 3 is powered by a Qualcomm Snapdragon 865+ 5G processor alongside 16GB of fast LPDDR5 RAM and 512GB of storage. Qualcomm claims the new processor offers 10% better graphics and performance. The phone is so ridiculously overpowered that ASUS probably deemed it necessary to also release a ROG Phone 3 Strix Edition that is, instead, powered by a lesser (but still impressive) Snapdragon 865 processor, 8GB LPDDR5 RAM and 256GB. Both phones will be able to run any games or applications that you throw at it with extreme ease.

The display has also gotten a big upgrade. The 6.59-inch AMOLED screen now has a refresh rate of 144Hz with a reduced touch latency to just 25ms. From the moment you pick the phone up, the effects of all that speed are instantly recognizable because it feels like the phone responds instantly to anything you do, regardless of if it’s a simple gesture or launching an app. It goes without saying that games like Mobile Legends and Call of Duty Mobile feels more buttery-smooth too.

On the audio side, the ROG Phone 3 still features true front-firing stereo audio instead of some weak bottom-mounted speakers. And wow, I’d thought the ROG Phone 2’s audio capability was impossible to beat but the new phone pumps out some serious volume – this beast can go really loud. 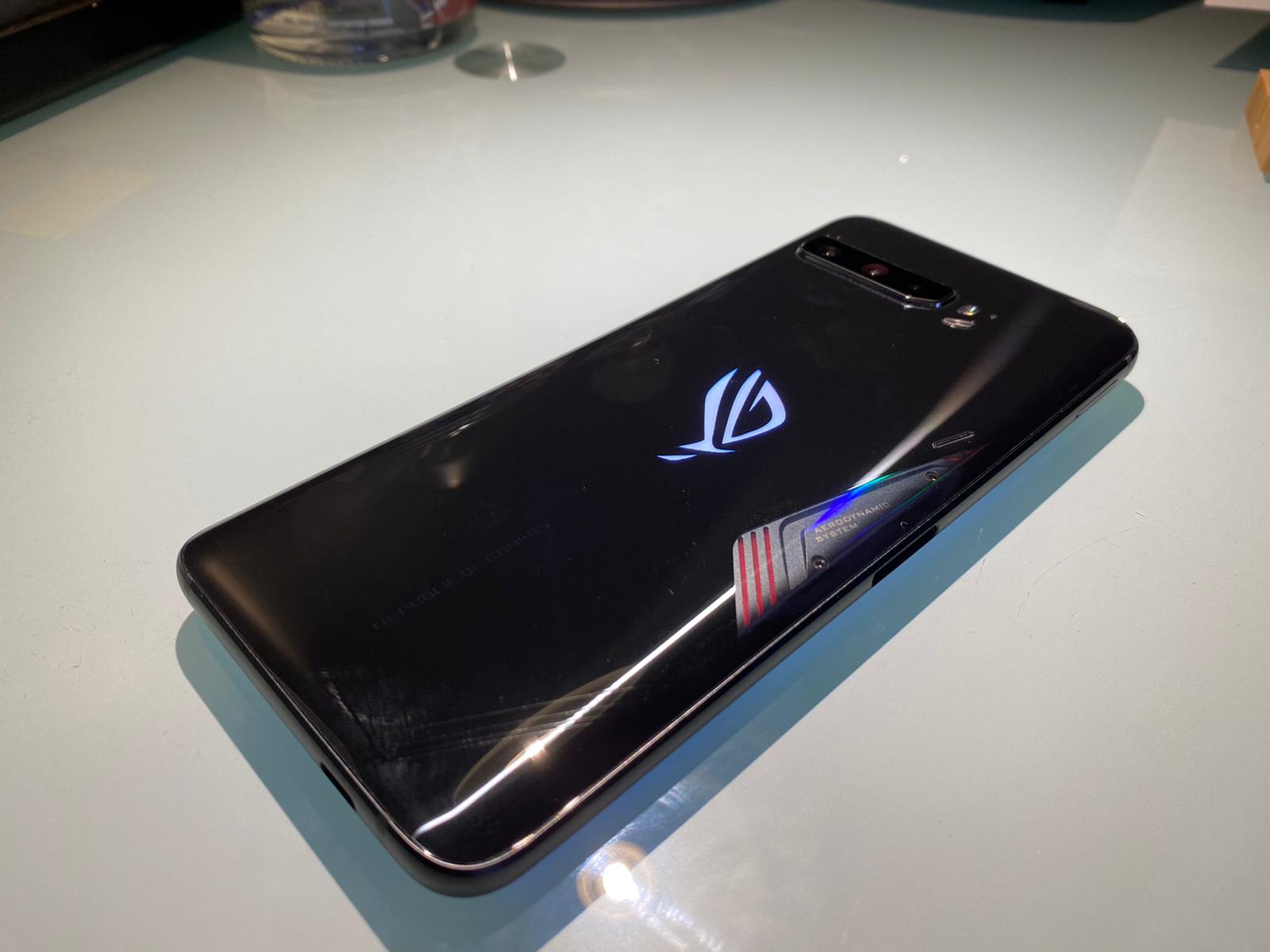 The ROG Phone II’s 6,000mAh battery is one of the rare components that is carried over to the ROG Phone 3. That’s a good thing because the ROG Phone II came out tops in our battery tests last year. I’ll be running some preliminary battery tests to have a gauge of how the ROG Phone 3 performs, but with a more powerful processor and a faster 144Hz refresh rate, I’d hazard a guess-timate the phone may not outlast its predecessor.

That’s not to say the ROG Phone 3’s battery life is weak by any means. I still managed to get about 150-minutes of game time with Mobile Legends and PUBG Mobile with the display set to 144Hz.

Anyway, should the time come for you to charge the phone there’s the 30W Quick Charge 4 HyperCharger that ships with the phone, and you’ll get about 40% of battery in about 30 minutes, which is impressive given the sheer size of the battery capacity.

An evolution of a proven design 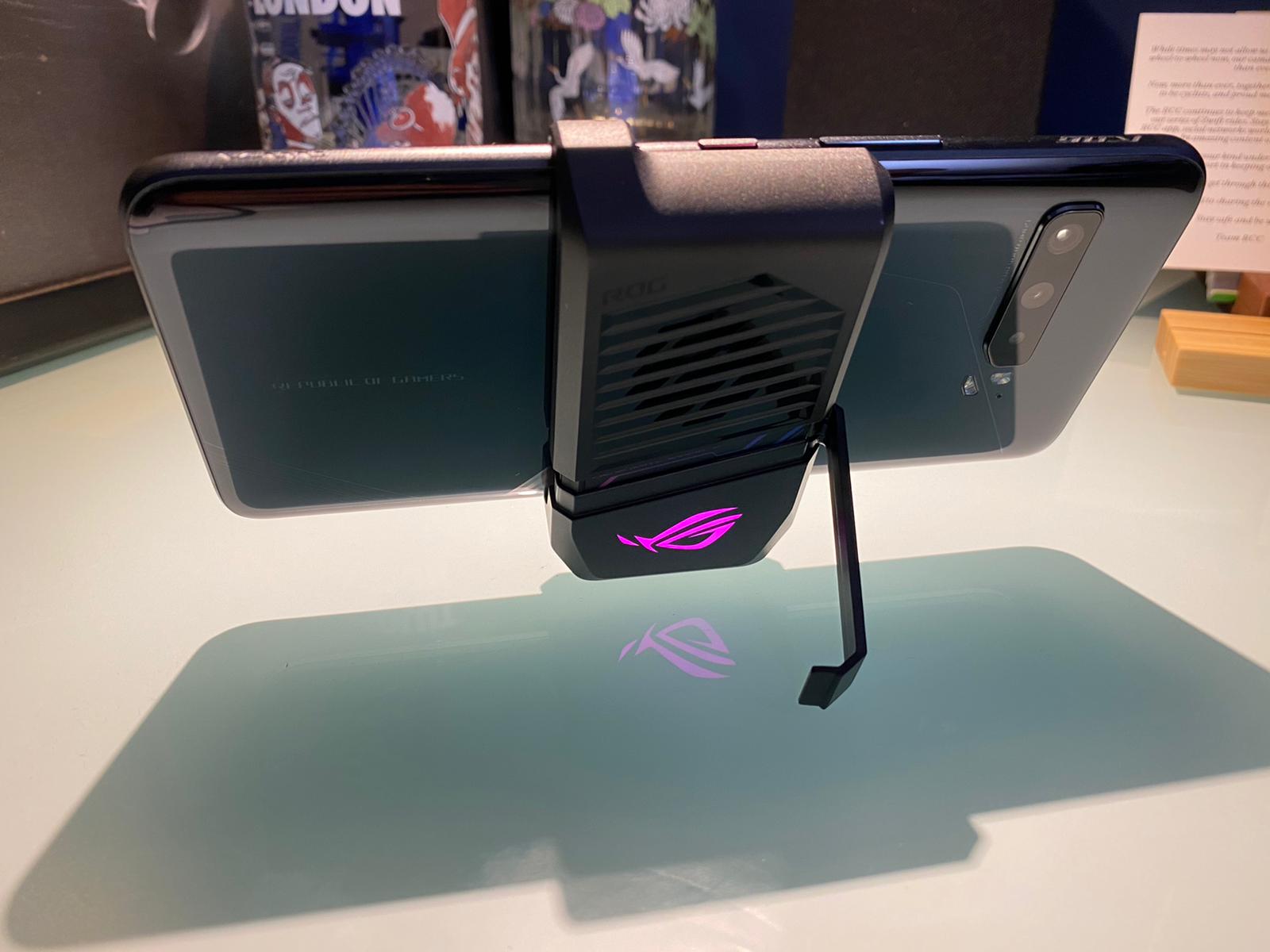 Compared to the ROG Phone II, the ROG Phone 3 is a solid improvement in almost every way. It runs on the latest Android 10 with ASUS ZenUI and even the bundled detachable AeroActive Cooler now has a kickstand, so that you can rest the phone on the table during a Netflix and chill session, for instance.

I said ‘almost’, because it still doesn’t have an IP rating for dust or water resistance, wireless charging is still absent, and crucially the headphone jack is now removed (although you can use the one on the AeroActive Cooler). Even the free three months Google Stadia Pro access is only available in countries where the service is launched – so, tough luck Singapore.

In the meantime, look forward to our final judgement of the ROG Phone 3 after we get our hands on the retail-ready version in the next few weeks.

Meanwhile, you can also register your interest in the ROG Phone 3 right here.