As with most modern gaming mice today, the Model O- and Ultralight 2 are both equipped with flawless optical sensors. You'll find the same PMW 3360 sensor on the both of them, but Glorious lets you go up to 12,000DPI on the Model O- and offers six configurable DPI stages through their own software. On the other hand, the Ultralight 2 is limited to just 400, 800, 1,600, and 3,200DPI in typical Finalmouse fashion, with no driver available whatsoever. The Ultralight 2 is also still limited to a 500Hz polling rate, an odd decision in 2019 to be sure, but fortunately not one that actually affects gaming performance in any tangible way.

You can cycle through the various DPI stages using a dedicated button located below the scroll wheel on both mice, but the Model O- also has a helpful colour-coded DPI indicator at the bottom. 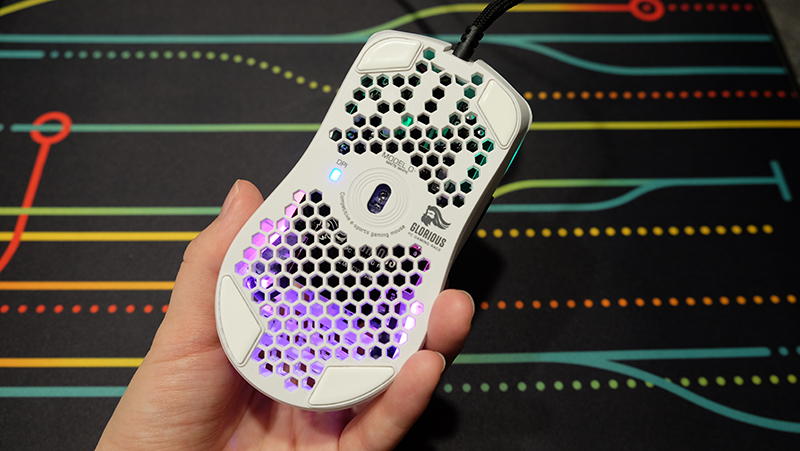 As expected, tracking is flawless across the board, and you really don't have to worry about the sensor here. Glorious does let you customise the lift-off distance (LOD) and debounce time in its software, and I just went with the lowest setting for both options.

Glorious' driver also offers controls for the onboard RGB lighting, which play along the side rails and the interior of the mouse quite nicely. 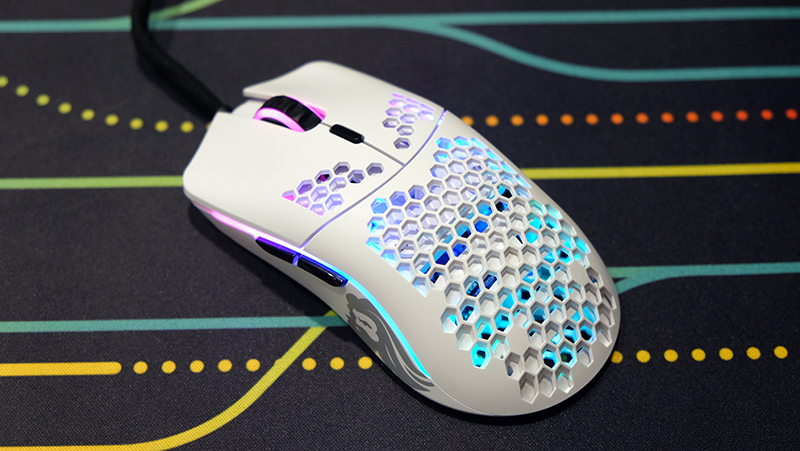 Furthermore, at 47g for the Ultralight 2 and 58g for the Model O-, they're both amazingly light and nimble. It's a joy to play with both – a light mouse is truly easier to control and make micro-adjustments with your wrist.

I have no complaints about the stock mouse feet either. There's none of the scratchiness that I noticed on the Razer Viper and the Cooler Master MM710, and they both glide smoothly right out of the box. That may partly be due to the feet having rounded edges by default, which means they don't dig into your mouse mat.

For most intents and purposes, I see the Glorious Model O- being the more popular choice for the vast majority of folks. It's small enough to make those who thought the Model O was too big happy, but it's not so small as to end up excluding even more people (which might actually be the case with the Ultralight 2). 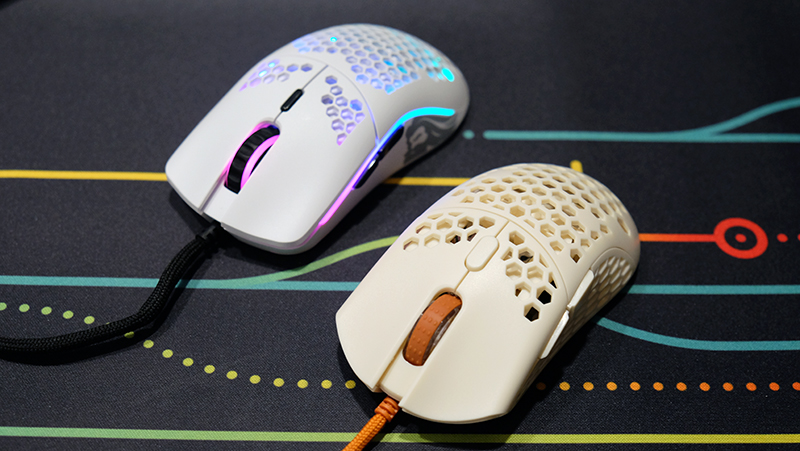 At S$99, the Model O- offers pretty good bang for your buck. It's tough to find serious fault with it, seeing as it offers a flawless optical sensor, light weight, and even RGB lighting. It's readily available to buy too, the same of which can't be said of the Ultralight 2.

Having said that, if you're interested in a tiny mouse, X-treme Solution has just said that they will be bringing in the Ultralight 2 in October for S$189. It probably won't be restocked once it sells out though, so short of going on Carousell, this is your one chance to buy the mouse locally.

I don't need to point out the vast difference in price. The disparity is stark, especially given how similar the two are in terms of features, with the Model O- even offering more with its RGB lighting, choice of colours and finishes, and driver customisation options. The Ultralight 2 does have its Infinity Skins, but that feels like an almost useless feature that Finalmouse should have just taken out in order to lower the price.

At the end of the day, it depends on how much you're willing to pay for a mouse that suits you. I'd argue that the Ultralight 2's stiff price tag is almost worth it if you've constantly struggled to find a small-enough mouse like me. If not, you should almost certainly go with the Model O-.